If architecture approximates to the outer covering, i.e., the skin of a room, then the interior and the people who use it are its inside. It is only these that give the room its definition. Accordingly, design is the interface between a building and its inside.
This is the disarming logic used by Cologne-based designer Eric Degenhardt to explain his move from one design discipline to another. Like many other designers, he originally studied architecture - something clearly visible in his furniture.Degenhardt constructs his volume from individual geometric surfaces, something that lends them a sensitive practicality. For example, his "Cup" armchair and sofa stand on the narrow edges of their sides that reach up, slightly bent, to the same height as the backrest along a thin, graphic line. Two further examples clarify Degenhardt's formal roots in modern design: his "Hirche-Chair", redesigned as an outdoor recliner and "Unit" his item of occasional furniture. Herbert Hirche's recliner follows the Bauhaus tradition and consists of a separate backrest and seat area - joined together by no more than a filigree tubular steel frame. The leg rest comes as a special module. The chair never went beyond the prototype phase. And it has only been since the year 2000 that the recliner has gone into serial production to mark Hirche's 90th birthday, manufactured by Richard Lampert. Degenhardt also commissioned Lampert to produce an occasional table for an armchair or a couch, an item that was however not only intended as a table but also as a seat in itself and a versatile storage element. The result: "Unit" a wood veneer frame reminiscent of Charles und Ray Eames, that, with its narrow dividing walls also calls to mind the luminaire "Fato" by Gio Ponti and the latter's virtuoso design of surface.How untrammeled Degenhardt's approach to surface as an element of design actually is is something that he demonstrated with designers Ralf Bender and Sven-Anwar Bibi at imm Cologne in 2005 at Stylepark in Residence - Fusion and subsequently at Boffi in Paris: in the category of follies, a word that is used to describe largely meaningless and purposeless pleasure buildings, integrated highly tactically into the landscape but also a term describing a state of mental imbalance, the three allowed ribbon-like structures consisting of two and three-dimensional surfaces to meander through the room.www.eric-degenhardt.com
www.richard-lampert.de 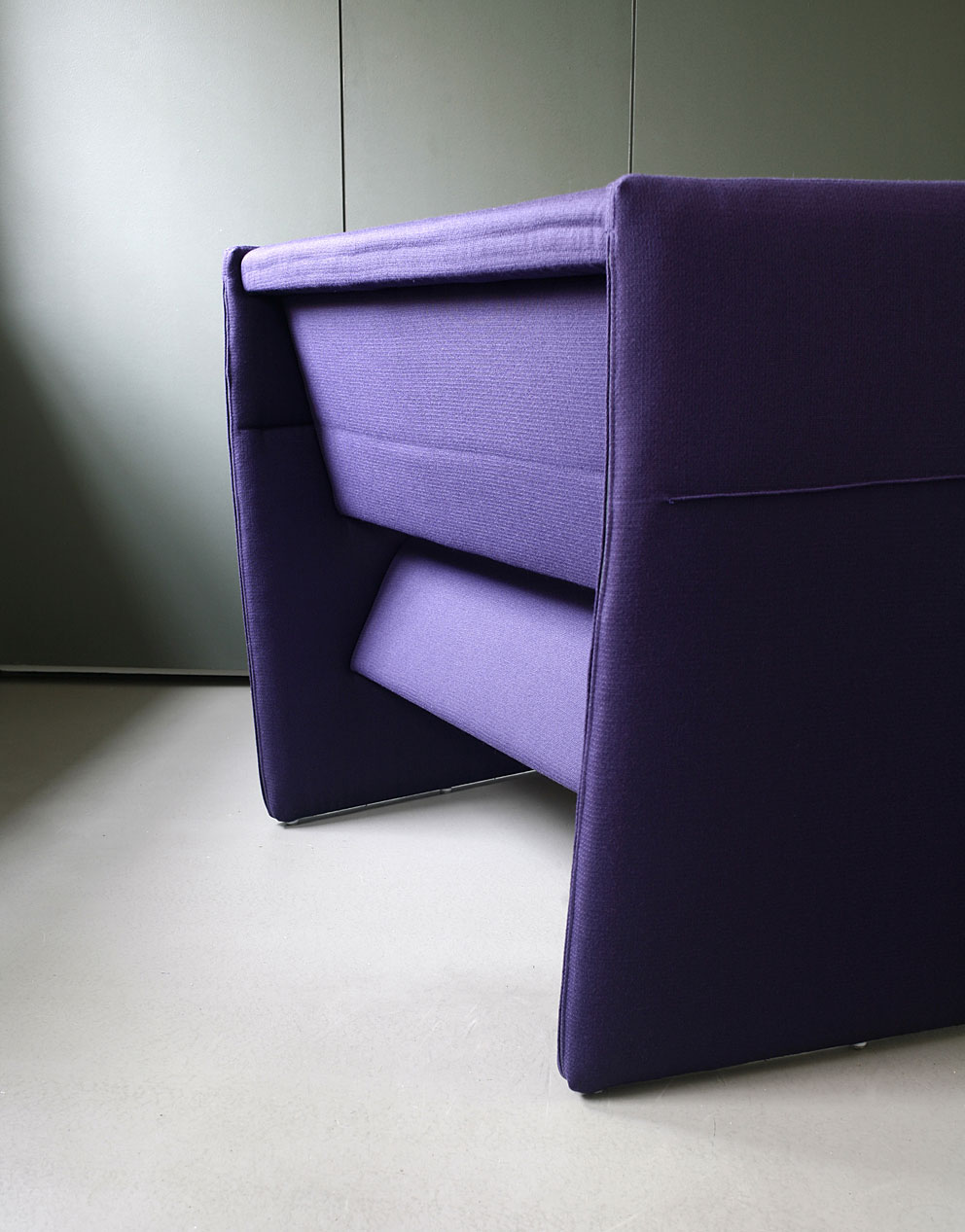 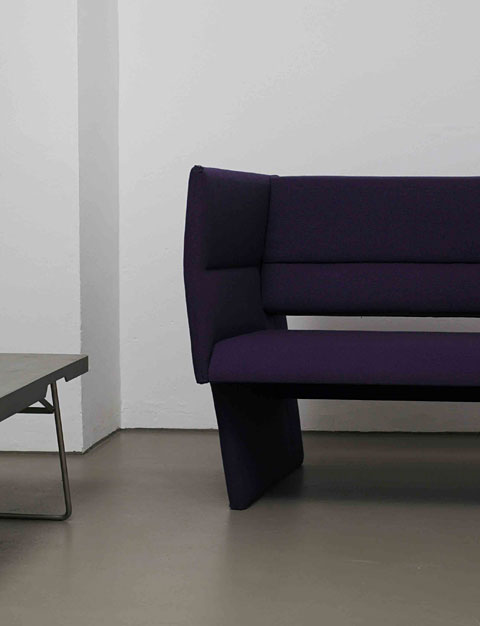 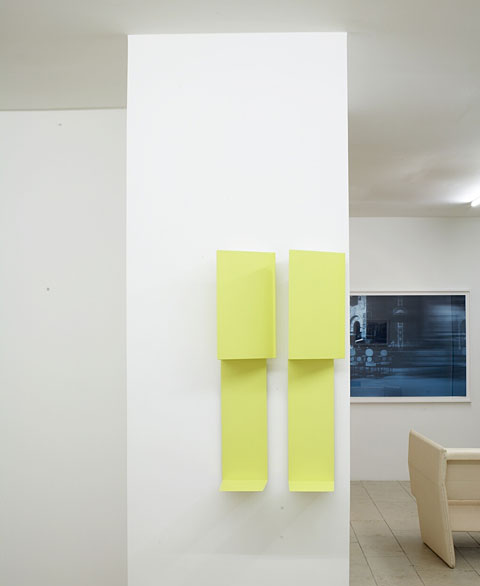 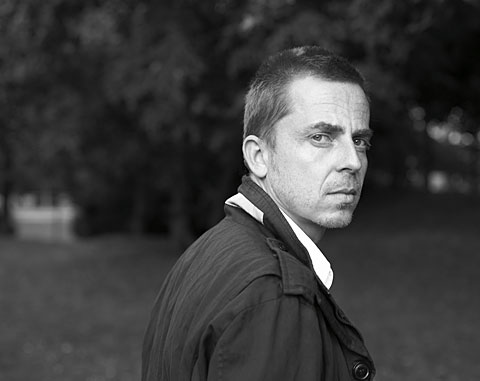 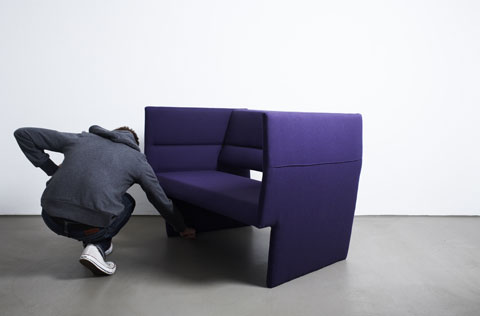 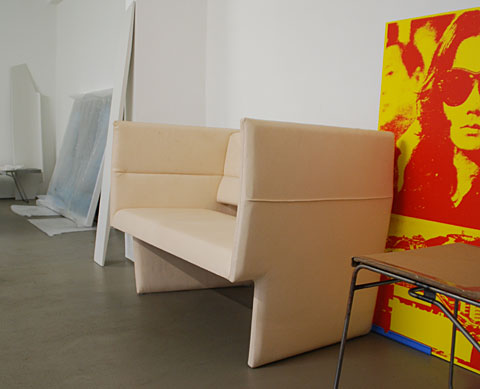 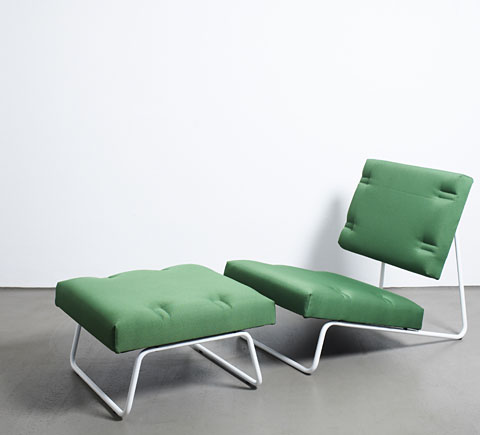 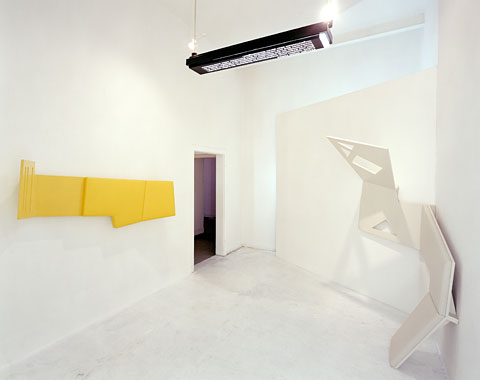