In conversation: Eric Jourdan
I think with my hand

Furniture, luminaires, and special gallery editions by Parisian Eric Jourdan are invariably very refined and elegant. As is “Riga”, his new upholstered furniture for Ligne Roset. The designer and Martina Metzner made themselves comfortable on it to talk about French feelings, vivacious lines, and barbarian times.
1/20/2017

After graduating from the École Nationale Supérieure des Arts Décoratifs in Paris and then going on to work first for watchmakers Cartier and then for Philippe Starck, Eric Jourdan went freelance. Alongside his work for the furniture industry, the Frenchman, born in 1961, also develops objects for Parisian galleries and for a private clientele. His works are to be seen, among others, in Paris collections such as at Musée des Arts Décoratifs and Le Fonds national 'art contemporain. And at the imm cologne he presented his upholstered “Riga” line, the “Liam” side table, and his “Postmoderne” sideboard – all for Ligne Roset.

Martina Metzner: Ten years ago you designed the “Shaman” armchair. The design idiom there is completely unlike that of “Riga,” which you are now presenting at the imm cologne. So what happened?

Eric Jourdan: I myself changed. Today, I work a lot with Parisian design galleries, creating small editions. The work enables me to express myself more freely. And that has also influenced my ideas for Ligne Roset. I’m doing loads of exhibitions, above all at Galerie En attendant les Barbares. Michel Roset visits the exhibition – and then we get talking. He often asks whether I couldn’t do the piece in question for Ligne Roset, too.

You start developing a project by drawings details and specific elements. What did you start with in the case of “Riga”?

Eric Jourdan: I drew about 50 curves, I reckon, until I got it right. And then I drew the armchair to go round it. I’m getting older and notice that I am less radical, less minimalist. And I now feel very French, I must say. That may sound a little bizarre, but I’m not active on the international scene like the Bouroullecs, for example. That has something to do with my training, I guess, as I graduated from the École nationale supérieure des Arts Décoratifs. Where we also learned classical design. And now, getting older, I’m gradually starting to find it interesting (laughs). That was back in the 1980s. Back then we talked about a “stile barbare” – and that was the general mood that led to the foundation of the “En attendant les Barbares” gallery – waiting for the barbarians. The movement is less well known in Germany and is roughly comparable with the approach that Andreas Brandolini championed there. I’d forgotten that epoch, and now it’s all coming bubbling back to the surface.

Recently, quite a few wing chairs have been floated on the market. The Ligne Roset collection features two that resemble yours, with refined lines, balancing on slender feet – “Beaufixe” by Inga Sempé and “Toa” by Rémi Bouhaniche. Was a third really needed?

Eric Jourdan: Armchairs that invite you to lean back and rest your head are indeed all the rage at the moment. And it is really not that easy to design one that is elegant and comfortable at the same time. At the beginning of my career I didn’t give a hoot about comfort. I drew “Riga” such that you can sit comfortably in the armchair the way you would in one of those armchairs for the silver agers. In France such a high-backed wing chair is called a “Voltaire.”

One can discern classical quotations in your designs. What epoch in art and culture influenced you most?

Eric Jourdan: I’m a real fan of Louis XIV furniture. And of course I also like George Nelson. At the design colleges, the curriculum tends to start with Gropius, with the Bauhaus. At the École nationale supérieure des Arts Décoratifs earlier epochs are also included. It’s a bit comparable with people who study French history and start with the French Revolution. As regards architecture, I’m interested in the 17th-century buildings to be found in Paris’ Marais district.

In Paris there are those marvelous large apartments owned by affluent families. As a designer, are you able to admire them from the inside?

Eric Jourdan: Yesterday I was visiting people in St. Germain who wanted me to design a couch for them. Their apartment is a mere 600 square meters... Now if you think that a square meter round there costs about 15,000 euros … Yes, I’m working for the client. I came into contact with them through my work in the galleries. I am designing bookshelves, couches and so on for them. It’s an exciting task.

So your working day is full of variety: You work for industry, for galleries, for such high-net-worth individuals …

Eric Jourdan: It’s no difference to me – I draw for each and every one of the pieces (laughs).

I discovered a recurrent theme in your furniture designs – pieces of frames or mounts. Where does that come from?

Eric Jourdan: That develops in the process of drawing. When I sit and draw I never put the pen down. Which gives rise to really curvy structures, to flowing transitions. The final shape therefore has to do with the way I draw things. Which is why I always say that I think with my hand. I’m not like other designers who have an image or concept in their mind’s eye and then realize it. And they also tend to know what material it will be … What I find interesting is the expression that the product has once it has taken form. The material … well there are materials I simply don’t like, such as plastic. The material I choose for a product is decided together with the gallery or with Michel Roset. Voilà, which is why I say I am not an international designer.

Do you prepare models?

Eric Jourdan: Never. I produce drawings and then give them to the model maker. I’m simply not so good at handicrafts, even if I learned all that stuff as a student. Once the prototype is ready, we discuss improvements and tweaks, which the model maker then realizes. To give you an example, take the “Pouf” for “Riga.” I drew it on a piece of cardboard at the Ligne Roset studio, very low it was. Then Michel dropped by and asked whether it couldn’t possibly…. So we made the changes on the spot. The pouf is now decidedly higher. It’s simply great working with Ligne Roset. You can sit in the development section there and experiment away, have models made and alter them on the fly. The factory is outside Lyon in the countryside. It’s really beautiful there.

Talking of Lyon, I read somewhere that when designing the “Garry” side table, likewise for Ligne Roset, you were inspired by the Musée des Confluences in Lyon.

Eric Jourdan: That’s right, and it has to do with the structure. For “Garry” I drew a structure that also seems a little difficult. I’m really keen on architecture. Just yesterday I watched a documentary on Arte about the Elbphilharmonie. When I saw it all I could think was: That can’t be true. The building is incredible! Herzog & de Meuron are simply brilliant architects.

You come from a family of architects. Why did you not become one yourself?

Eric Jourdan: I toyed with the idea after high school. Today I design furniture. I could still become an architect (laughs).

I’d like to come back to your “barbarian days.” What exactly went on back then?

Eric Jourdan: That was the 1980s, we were decadent, there was Pop, everyone flocked to the Palace, a Parisian club where a whole load of fashion-conscious individuals hung out. We were completely free, designed things freely. That was a break with the “international style” – not unlike Memphis in Italy, but the French version of it. The focus was no longer on designers like Pierre Paulin or Roger Tallon, but on guys like Philippe Starck. The movement took place in the Parisian galleries, at Neotu or Creo, for example, and Garousse & Bonetti were among the leading lights. It was an age of excess! 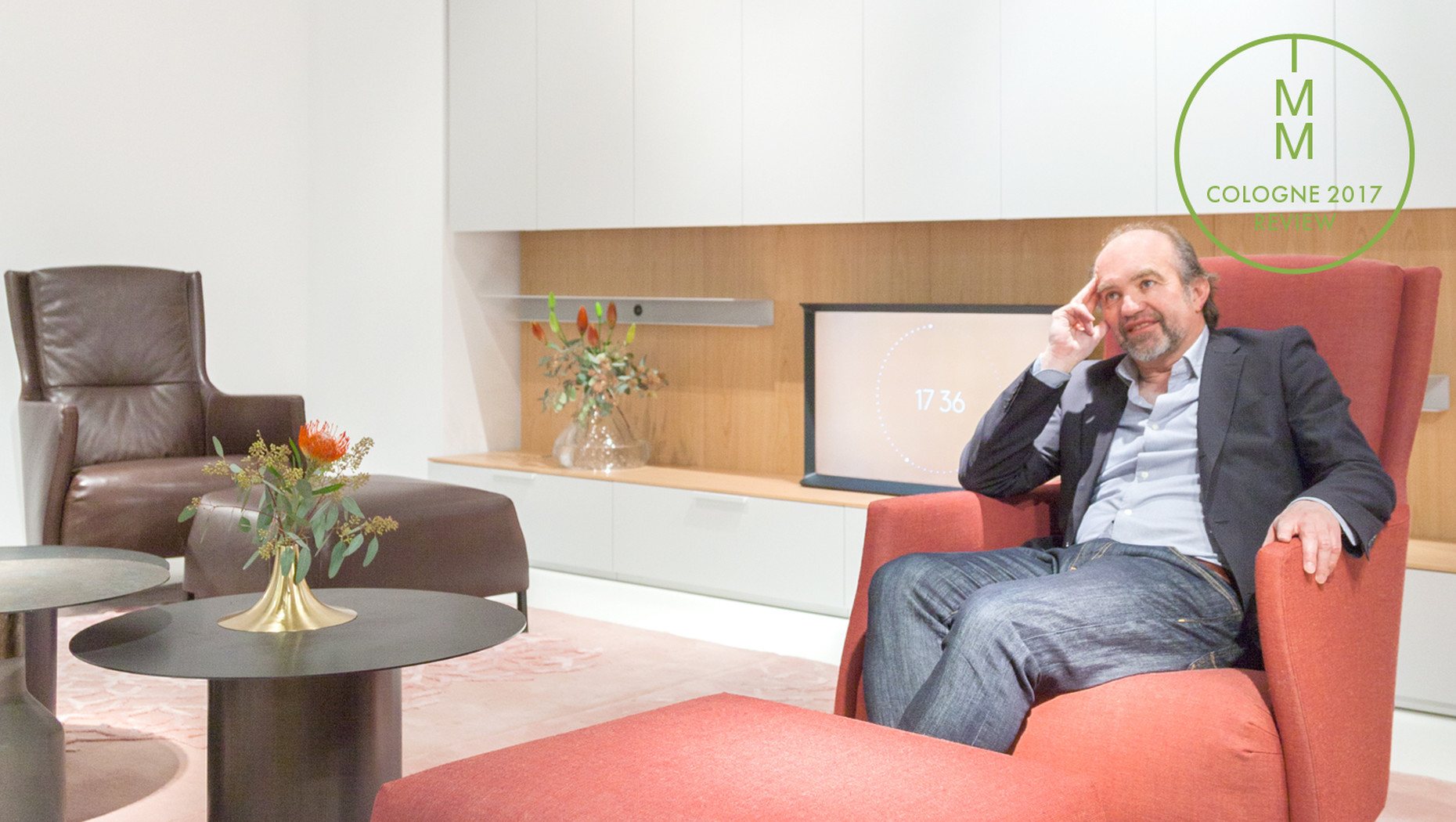 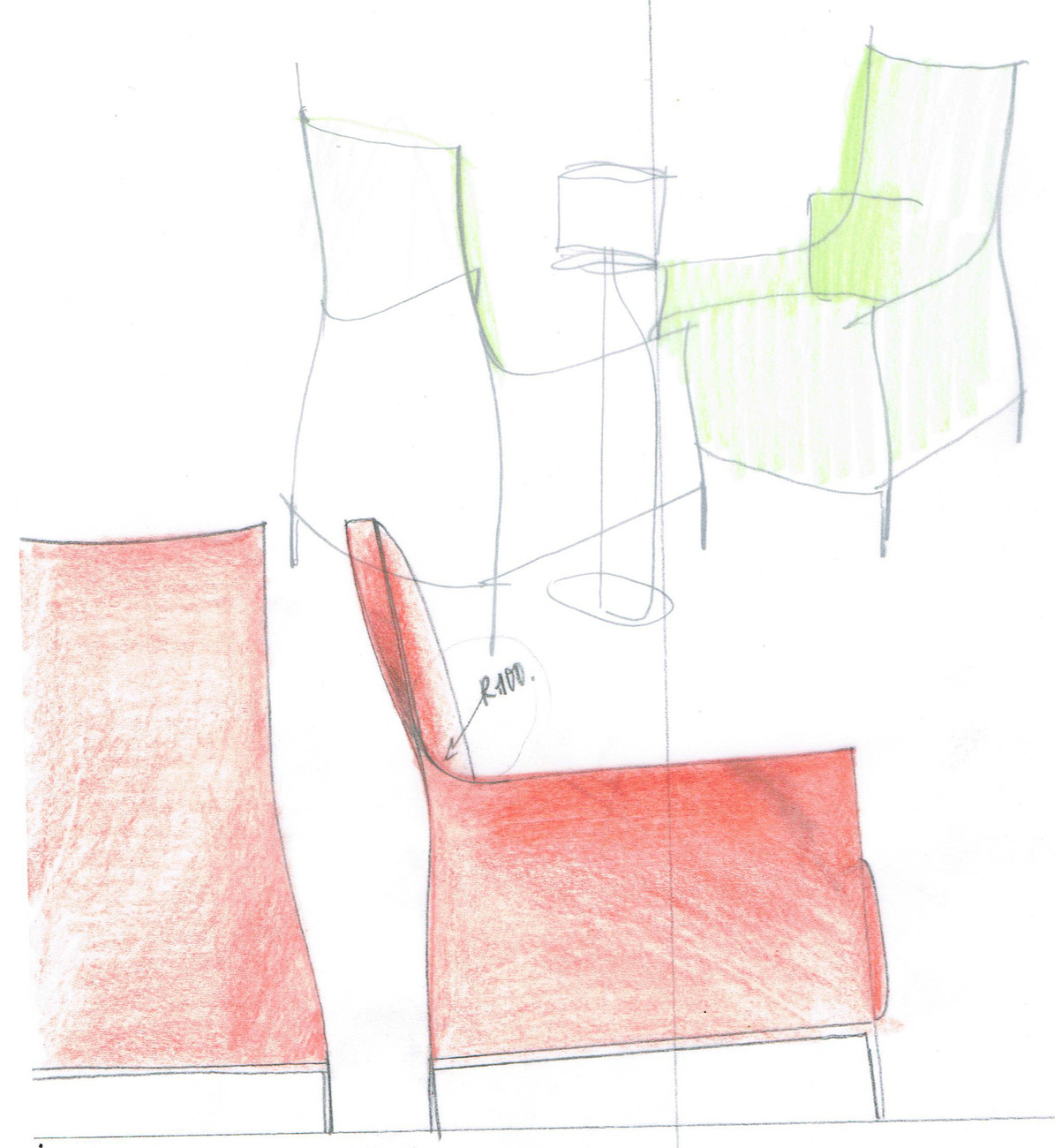 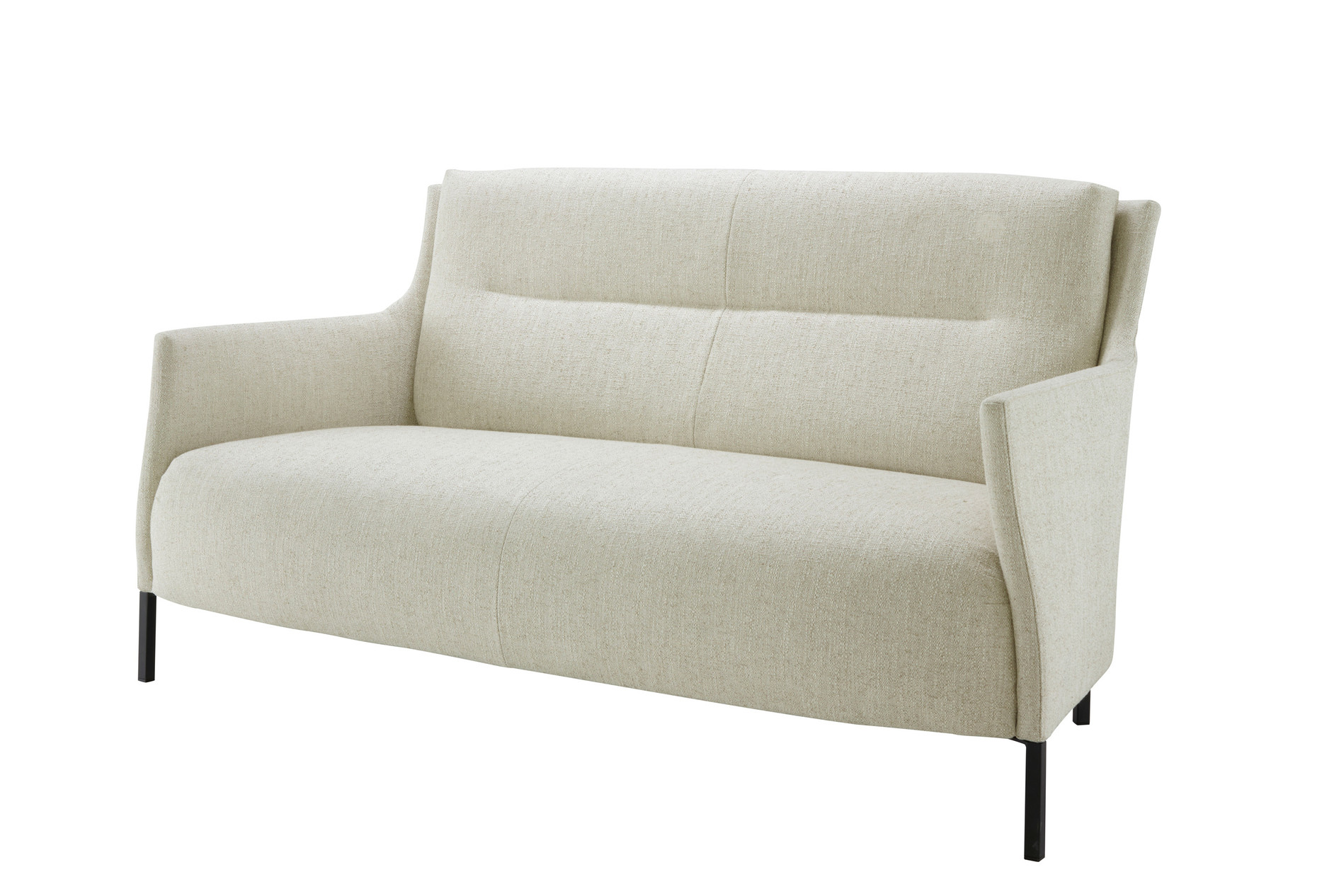 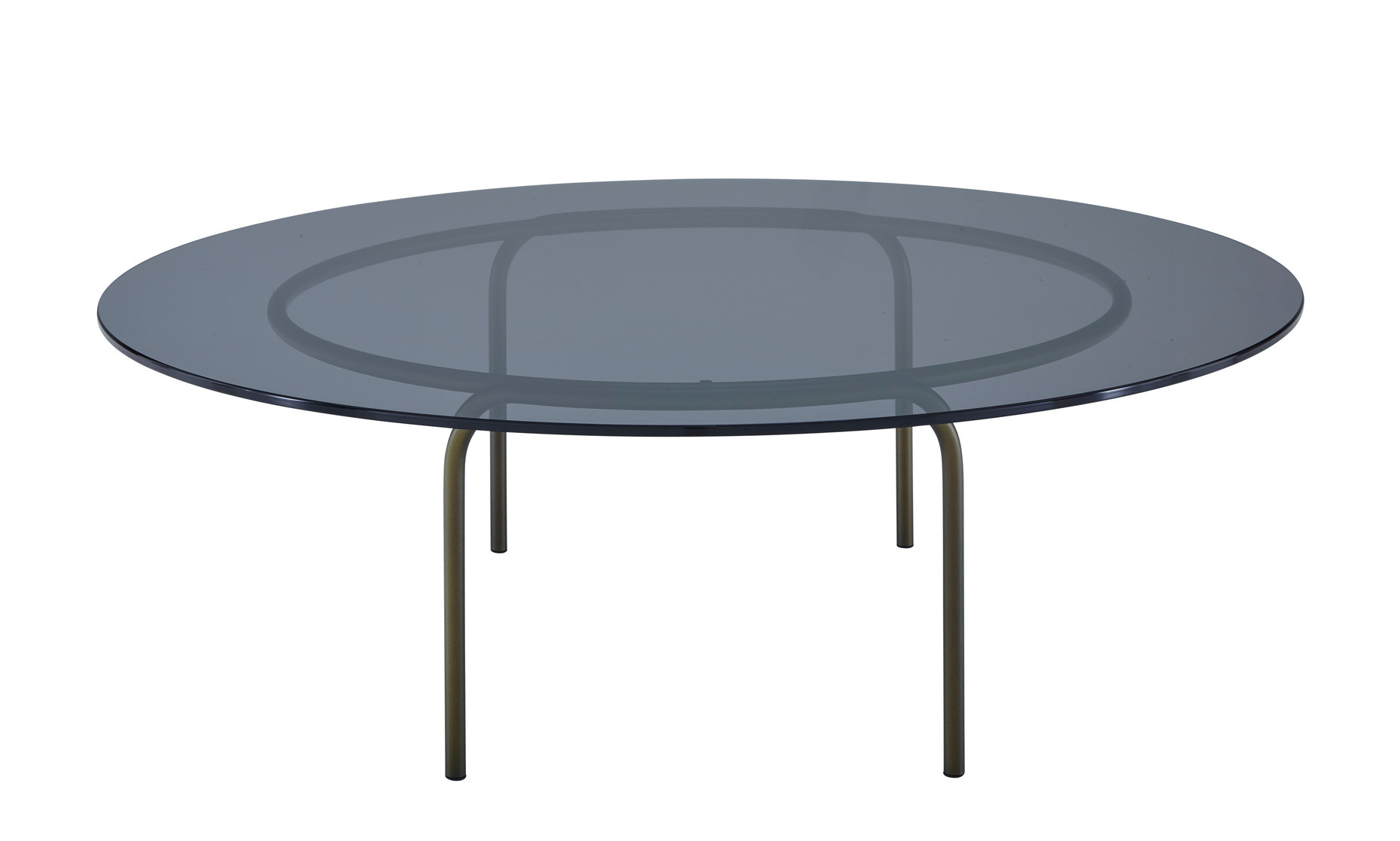 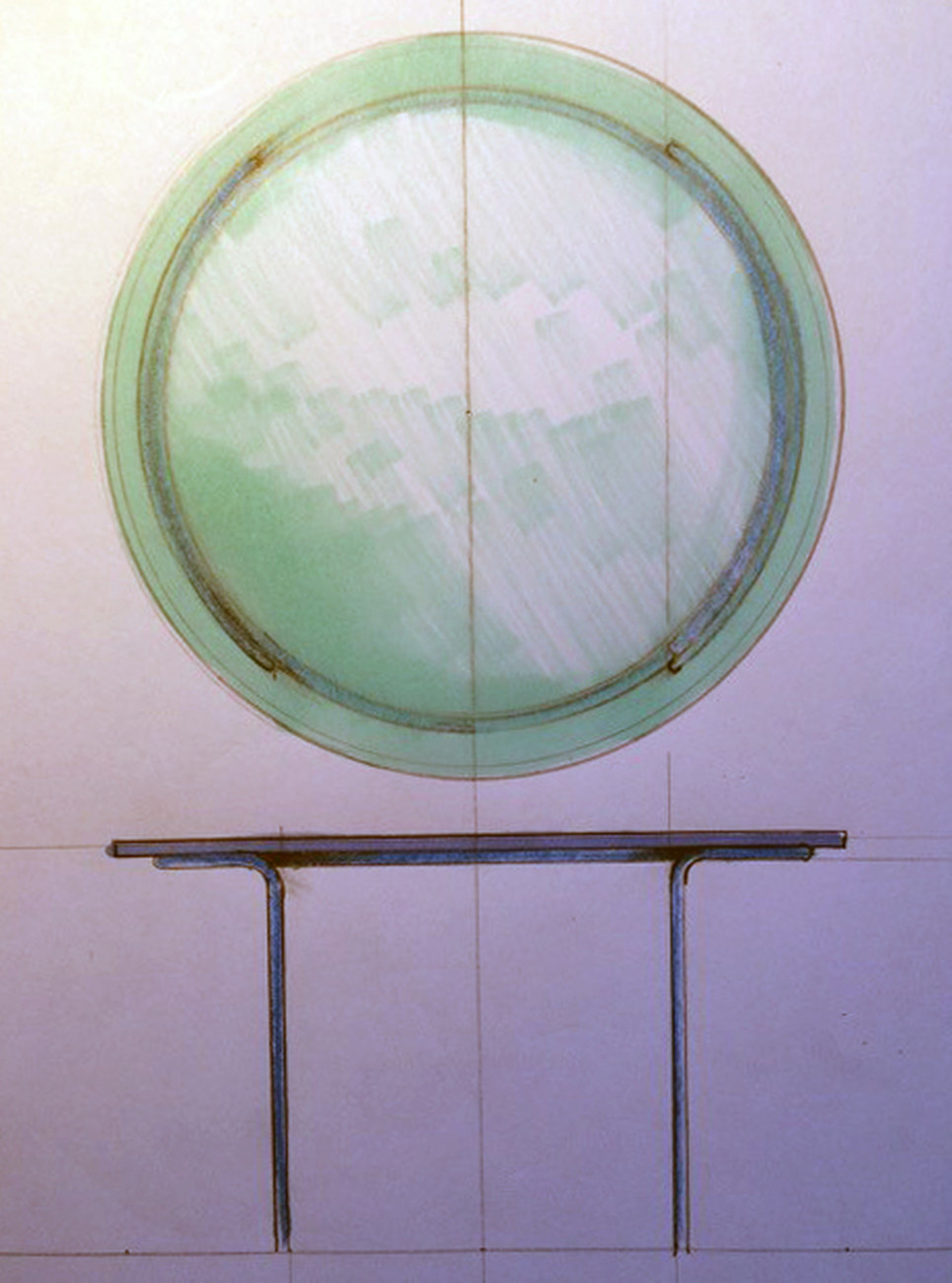 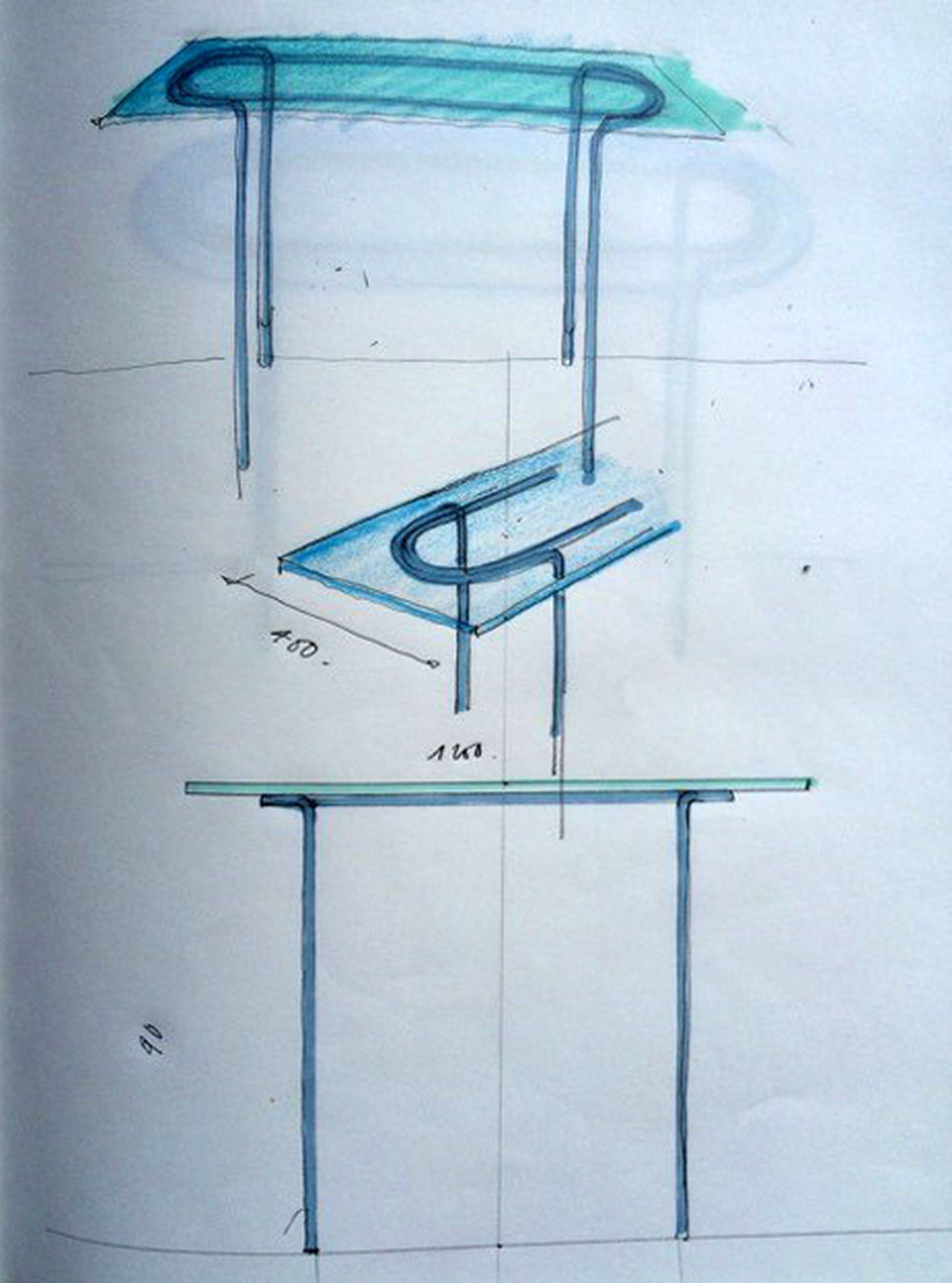 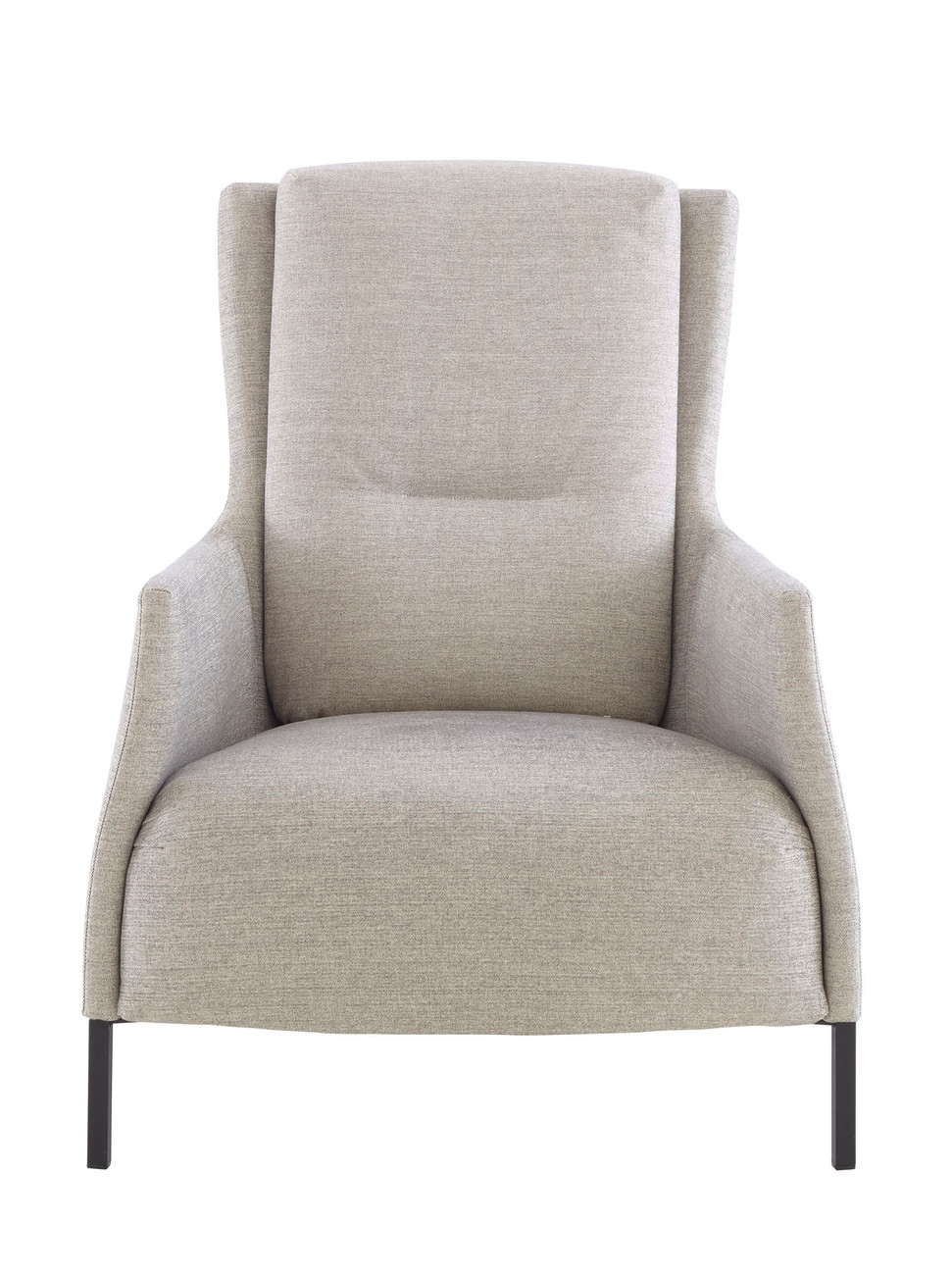 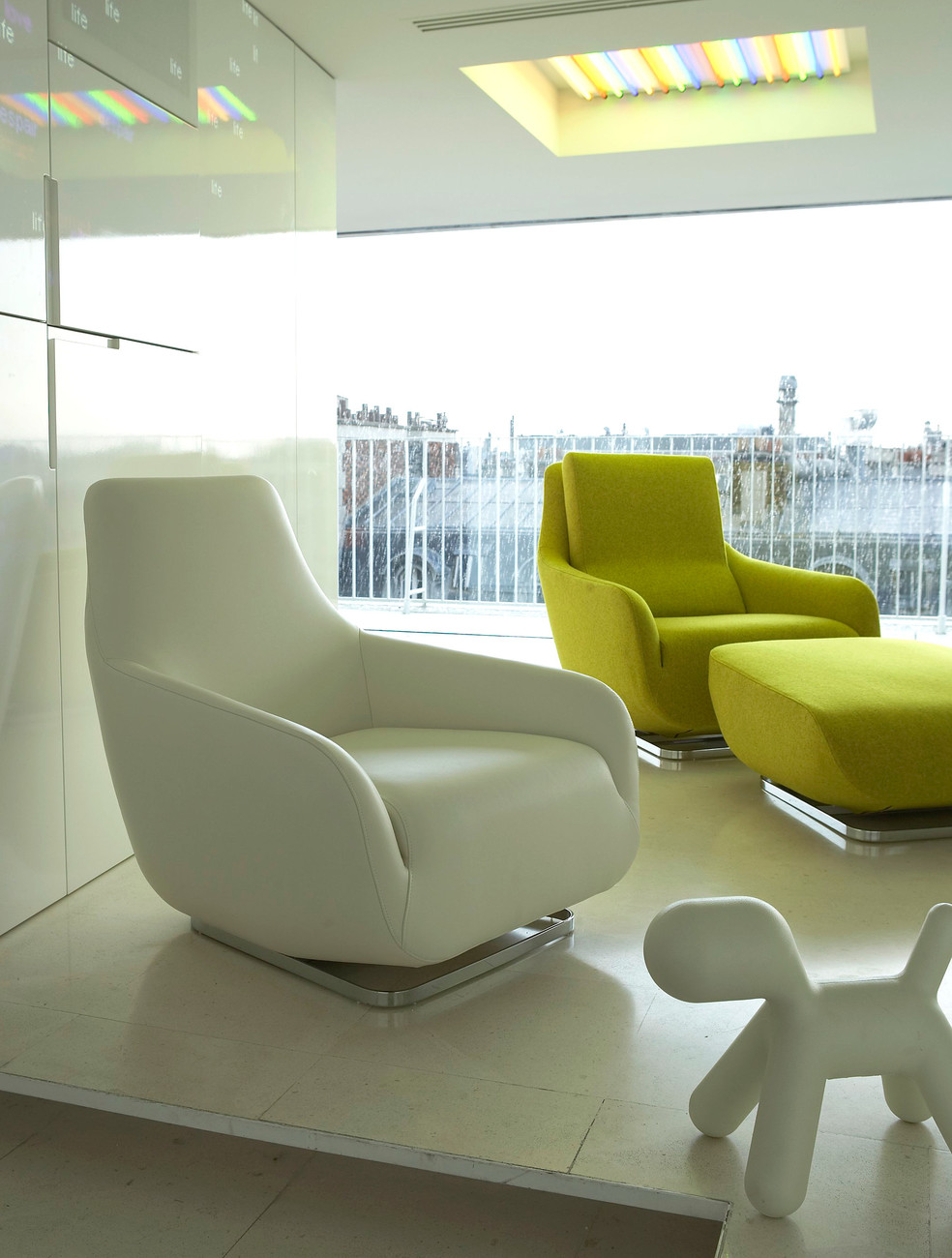 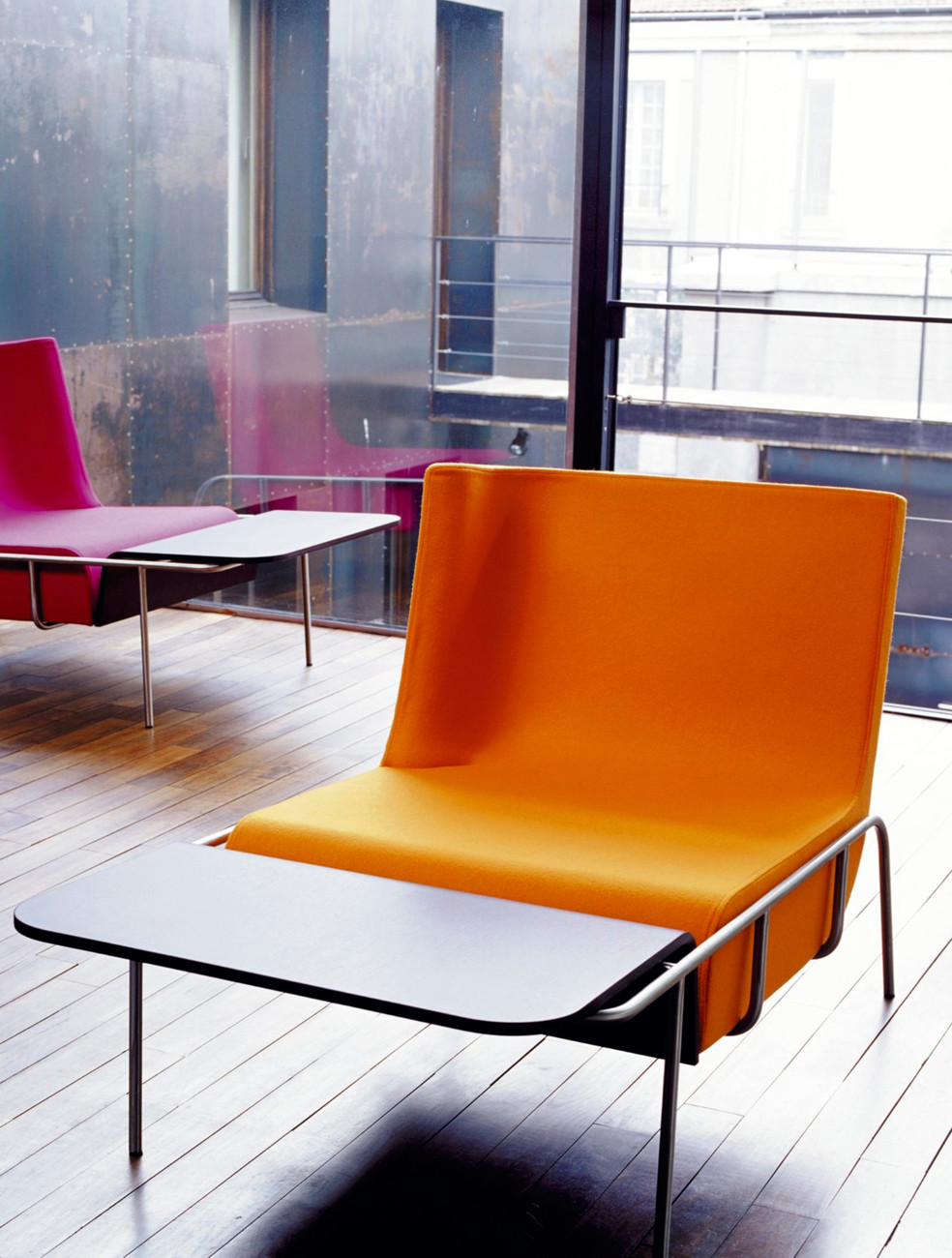 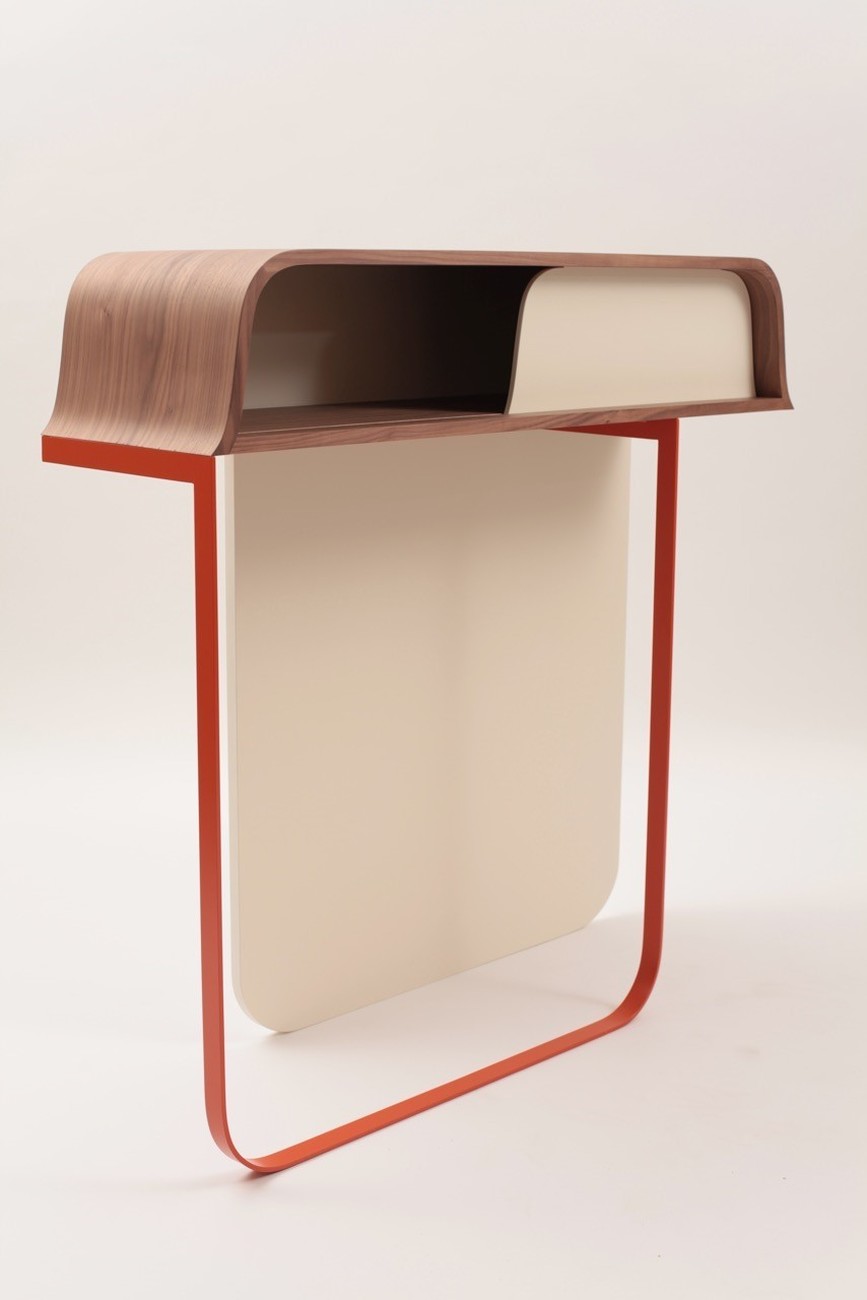 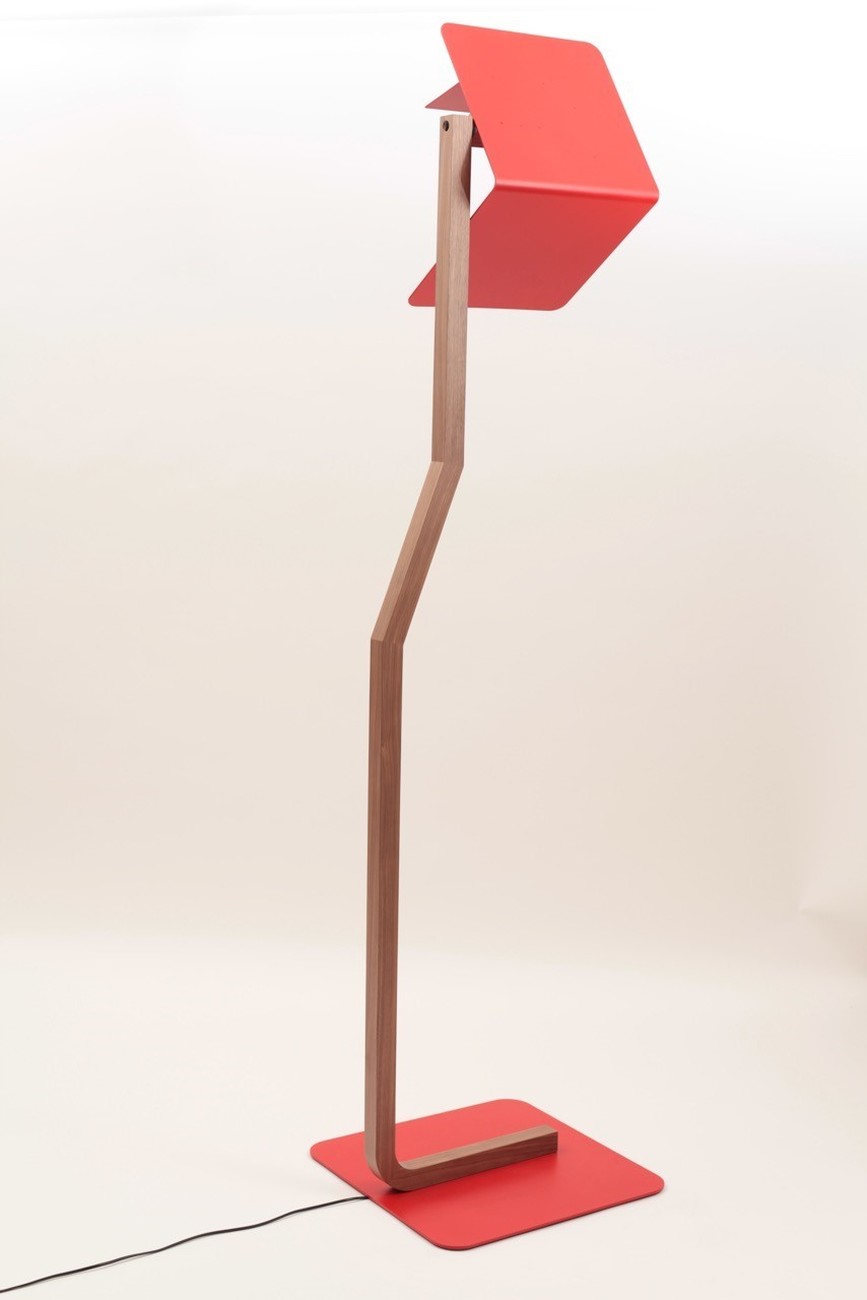 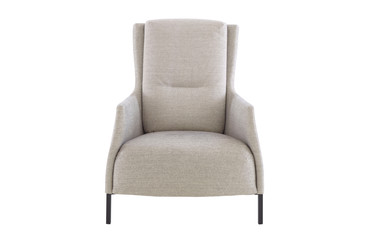 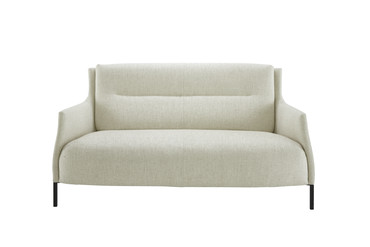 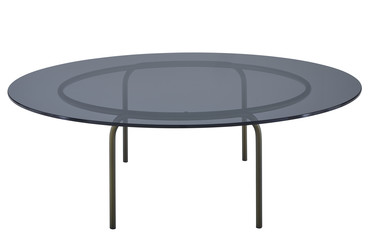