Winter in Zurich, the lake flat and the clouds gray. One ray of light at least: Museum Bellerive located on the shoreline of the Limmat. Inside, everything glitters and sparkles. The exhibition "Chandeliers - Jewels of Light" is just right for winter, the darkest part of the year. For the very first time light is shed on the development of the chandelier from the 17th century to the present - from the oil lamp to the LED as it were.

The days of the chandelier were numbered. There was no cause to opt for candlelight in the new world of electricity and its end was imminent, or so we can read in the 1897 issue of the "Zeitschrift für Beleuchtungswesen" (magazine for illumination). Today, over a century later, the chandelier is more brilliant than ever, for all the skepticism. Contemporary versions decorate private residences, exclusive boutiques, trendy hair dresser shops, and the halls of luxury liners, first-class hotels and night clubs - from London to Shanghai.

A look back shows just how opinions came to change. The first chandeliers existed back in medieval times. Yet it was not until the reign of Sun King Louis XIV that it became an absolute must in 17th-century European aristocratic residences. But as the name suggests, the chandelier crowned the mood in any banquet hall. Made of precious materials, candelabras were the highest form of decoration, the gleaming pinnacle of ostentatious rooms at court. The chandelier symbolized not only luxury but also power - and placed many a festive evening occasion in the right (gleaming) light.

In order to multiply the low input of light to a point where it seemed almost infinite, the original makers opted for a trick: in selected festival halls the decorated the walls opposite the windows with elaborate mirrors - a marvelous example is of course the Hall of Mirrors in the Palace of Versailles. However, at the time the light was not ‘static' as it is today. The flickering light of countless candles created bright and dark shapes in the light - a magical touch that has as good as disappeared today. In fact, as little as five Lux sufficed to set the tone in the halls of King Frederick the Great at Sanssouci Palace in Potsdam - open-plan offices today rely on about 200 times the figure.

Precious polished rock crystal glass led to the majestic chandeliers being referred to a "jewels of light". Chandelier décor in the form of little glass balls, ovals or tear drops were added to enhance the luxury items. Larger finds of rock crystal in the Alps led to opulent decorations being created in the form of imitation glass foliage, blossoms and even musical instruments. But all of this came at a price. In the mid 18th century a rock crystal glass chandelier cost about three thousand thalers, and back then you could get ten paintings from the school of Jean-Antoine Watteau for the same price.

In the course of the 18th century, that "siècle des lumières", the wish for enlightenment and illumination led to a greater demand for light. Chandeliers henceforth was also the lighting of choice in less important rooms. The objects became smaller, more playful, with an almost fragile feel. Metal frames now held sway, festooned with glass objects shaped like icicles or chains of beads - some were surrounded by garlands that formed veritable cascades of polished glass. With industrialization, the chandelier moved from the ballroom into the dining or living room. And Edisons' light bulb likewise entered apartments. With electrification and the industrial production of chandeliers, the once exclusive luxury piece morphed into an affordable decoration - and the candelabra underwent democratization.

Chandeliers in diverse shapes are still being made by the long-standing Viennese company of Lobmeyr. It was founded as long ago as 1823 and has provided a number of key loans for the exhibition in Zurich. Its past clientele included the Hofburg in Vienna, Schönbrunn Castle, the castles of the kings of Bavaria, and the residences of countless other members of European royalty. One of the most spectacular contemporary designs is the crystal chandelier "Exploding Star" several of which have hung since the 1960s in the Metropolitan Opera in New York - and now gleam in restored freshness. The seven-ton chandelier that was 12 meters in diameter and hangs in the Assembly Hall of the Supreme Soviet in the Kremlin was likewise made in Vienna.

A chandelier is always likewise an installation. Today, new lamps such as halogen bulb, energy-saving lamps and LEDs create new options when it comes to designing candelabras. The examples by contemporary designers in Museum Bellerive contrast with the historical antecedents and show the way forward. One of the most beautiful of them is Alicja Wasielewska's "Morph Chandelier", a delicate weave of ultra-modern optic fiber technology that is based on the idea of a traditional crochet pattern. Ursula Palla's design borders on art: Her chandelier is completely embraced in caramel. The longer the lamps burn, the softer the sticky mass becomes: the chandelier as a block of sugar that dissolves into so many sweet threads. Philippe Starck takes the chandelier as a source of light to the point of absurdity with his "Zénith" design for Baccarat. It is made of black crystal and sucks in the light rather than providing illumination.

Today, candles can still bring light to the soul, as demonstrated by the chandeliers created by Atelier Oï. They boast candles at the end of thin carbon fiber rods. And just as every pleasant meal comes to an end, so, too, the chandelier changes. As the candles burn down, the rods rise. A poetic attempt to show how time passes. 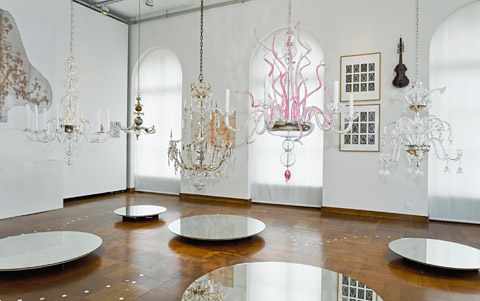 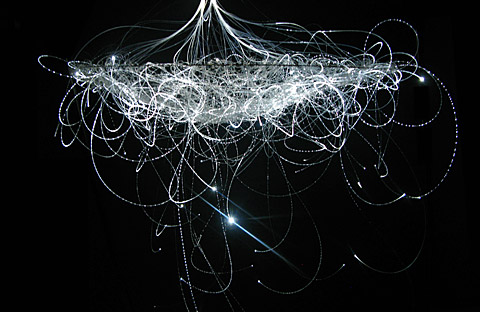 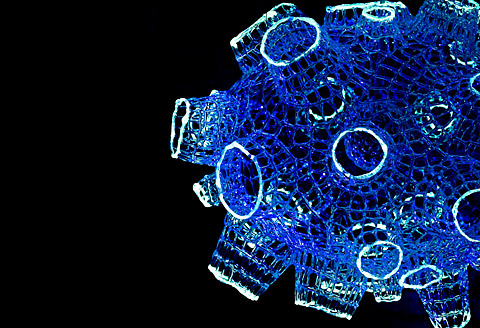 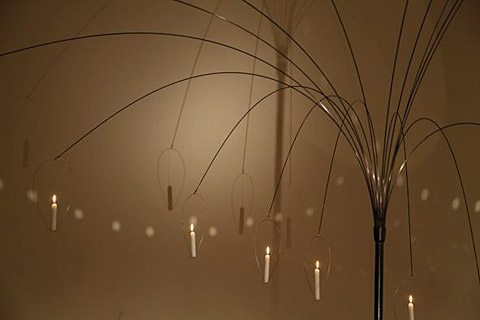 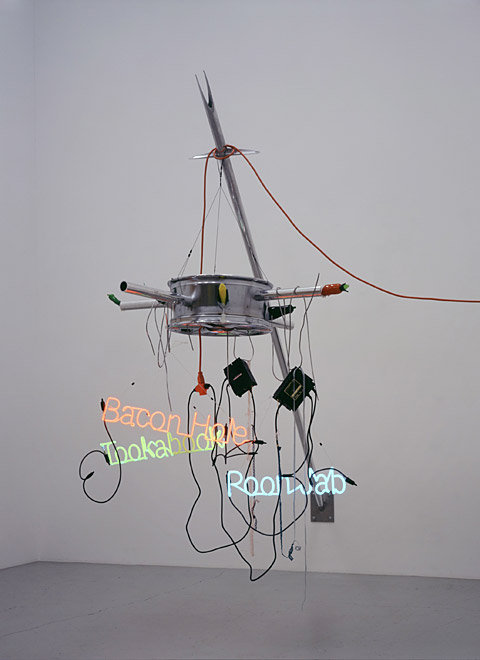 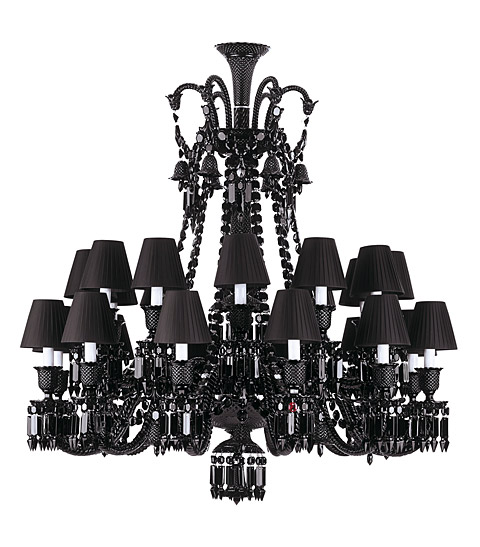 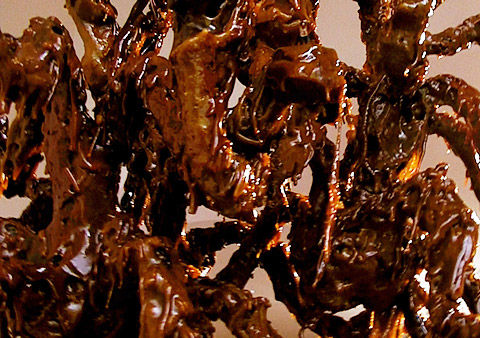 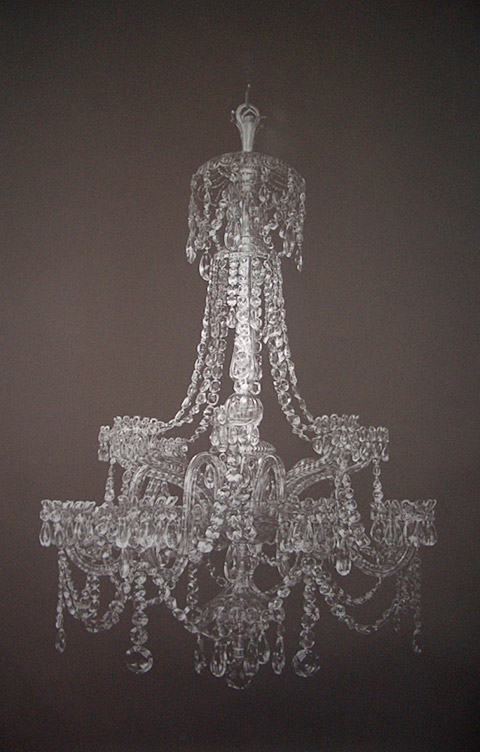 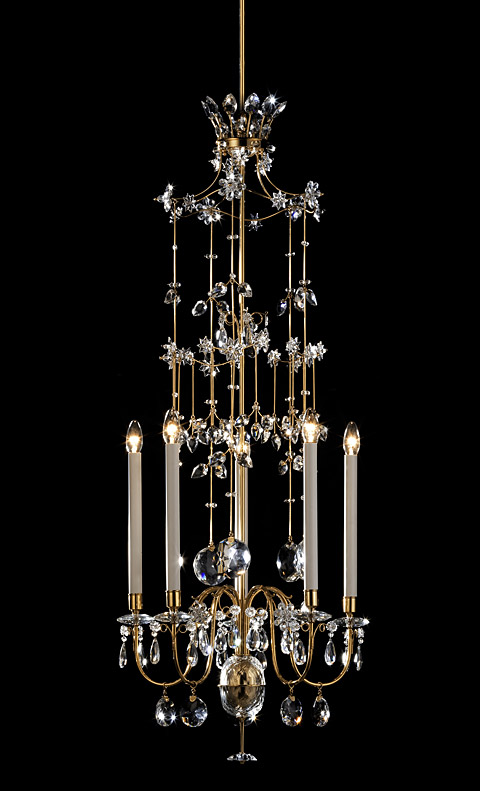 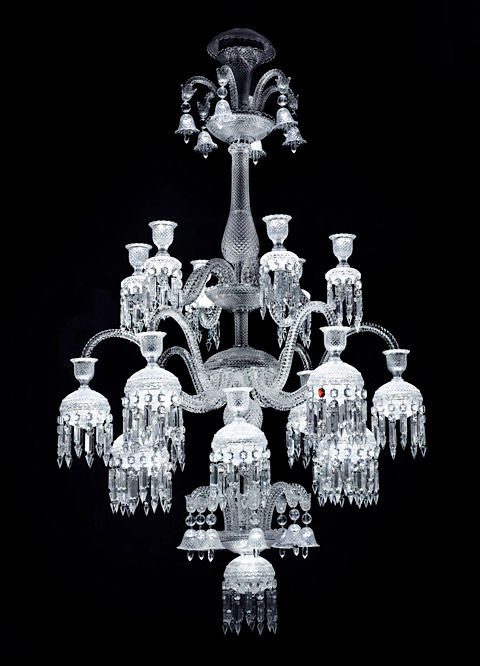 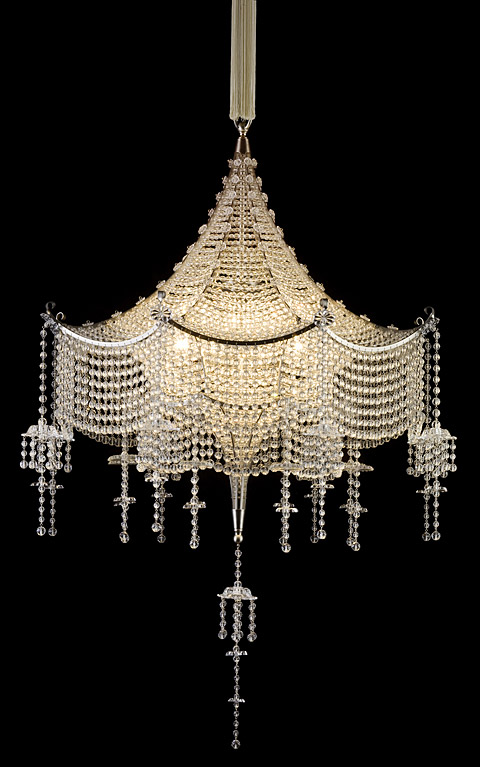 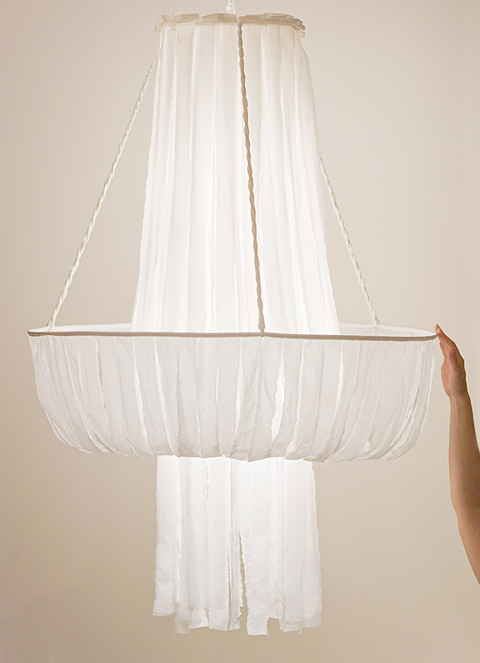 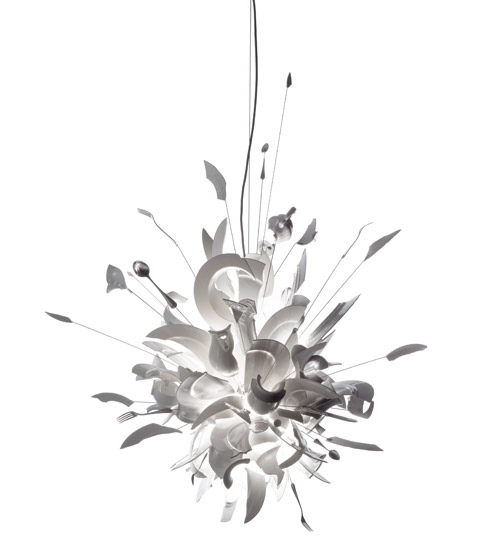 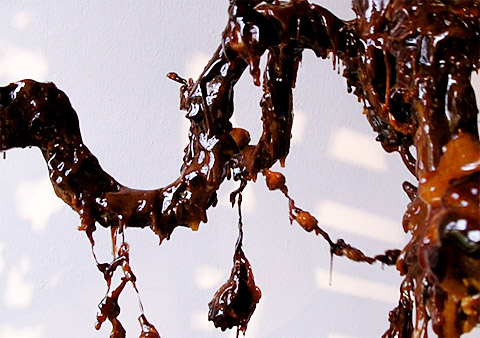