top
Exploding our idea of the customary
von Thomas Edelmann | May 4, 2011

How on earth were international visitors to the Fuori Salone in Milan supposed to get a handle on the complicated names and locations of German design academies? As a result, anyone wishing to take to the international stage either opted for an Anglicism – or should henceforth follow the path taken by the Hochschule für Gestaltung (HfG) Karlsruhe. For the third time, product designers from the HfG presented their growing special edition at Spazio Crispi Tre – it goes by the striking by strange name of “kkaarrlls” (yes, two k’s, two a’s, two r’s, two l’s and only one s). Located to the north of the city center, opposite Porta Garibaldi, the show has emerged as a key destination for anyone and everyone interested in a new view of things.

Anyone ringing the outside door bell and entering the gallery’s inner courtyard will initially encounter – children playing. And the designers who present their projects and ideas here likewise play with things. The students and lecturers at the academy in provincial South Germany seek to make no less than a “fundamental contribution to the current debate on design”. The furniture, luminaires and accessories on view here are, in terms of structure, configuration and materials, consistently different, or so the introductory description would have it. The “absolutely unprejudiced view of the world of things and their inner linkages”, so the description claims, stems from the fact that what we see was created by a generation of designers who thanks to their biographies think, act and live differently. At any rate, with the out-of-the-ordinary objects they devise, they successfully appeal to the eye, hand and mind with a different kind of emotionality than that which established brand manufacturers go for.

Volker Albus, since 1994 Professor at the HfG and a renowned exhibition maker, author and designer is the project’s mastermind, and runs it together with Stefan Legner. That said, designers who consistently teach in Karlsruhe, such as Hansjerg Maier-Aichen, or Bless (Ines Kaag/Desirée Heiss), not to mention others who have occasionally been active there (e.g., Werner Aisslinger, Jurgen Bey, Stefan Diez and James Irvine) have helped shaped the mindset at Karlsruhe, where the emphasis is on asking questions, on renewing a concept of design that has disintegrated into a matter of ensuring superficial marketing.

Anyone attending this year’s presentation was initially greeted with a dose of champagne, mounted on “Stil”, Flo Schwab’s suction cup adapter. The aluminum object, initially made in an edition of 50 units, prevents the drink getting warm when you hold it in your hand. Then there are any number of experiments with materials: Peter Schäfer resorts to adhesive barrier tape (with white-and-red or black-and-yellow stripes) and wraps it round and round to create vessels that seem so utterly unlike the original material. Eva Marguerre & Marcel Besau, (she has already made a name for herself with the “Nido” stool, which she designed while still at the college and which featured in the first “kkaarrlls” show and has since been produced by Magazin), used elastic yarn and artificial resin to create their “MOA” bowl, with many color transitions and a bold diameter of 130 centimeters. No, the idea is not sculptural self-referentiality but completely new products, even if the makers and initiators cannot yet really say what products these are. Things are different in the case of Daniel Wandres’ “Schlummerschlauch”, an air bed based on the “diogenetic principle”, as Albus jokes. Some of the things are just, quite simply, enigmatically beautiful, such as “Tubarose”, a plant swing that regulates the water inflow itself and tilts into a different position as soon as more water is required.

Visitors to imm cologne were able to experience Anne Lorenz’ “Home Traveller” for themselves – a bag that acts as an alternative to a wardrobe or chest of drawers – in a high-end leather version. The Milan kkaarrlls exhibition boasted the somewhat plainer textile version. One of the highpoints of the 2011 edition of the show was undoubtedly Hanna Emelie Ernsting’s “Moody Couch”, a two-in-one object of the special kind. Instead of having to tuck yourself up snugly in a blanket when lounging on the sofa, Moody provides a flexible wrap material that is permanently attached to the upholstery beneath it. You can snuggle under it, wrap yourself around with it, use it to warm you or to hide you, and thus offers much more than many a functional sofa – as an experience for one, two or more sitters. Another highpoint: Tina Becker’s “explosit” project, presented in the form of a film and several steel plates. For her pre-graduation project, with the assistance of experts from THW Braunschweig, the designer focused on how the force of explosions can be used to deliberately distort solid steel. The final result of the experiments: a steel plate bent in several places and vaguely reminiscent of the Panton Chair. Shape shifting as an explosive occupation. Anyone who missed the show in Milan should soon simply travel to Karlsruhe. There, Badisches Landesmuseum will be proudly opening a show on kkaarrlls. 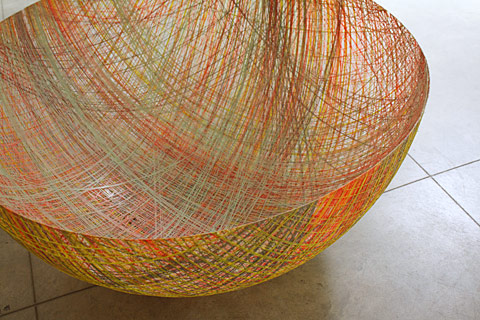 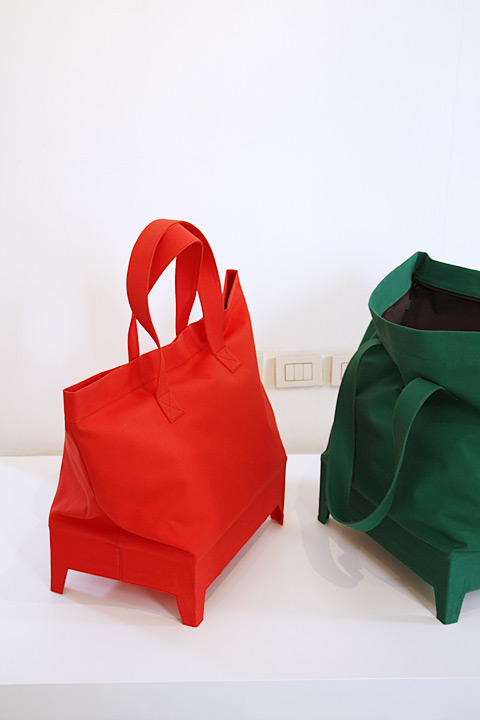 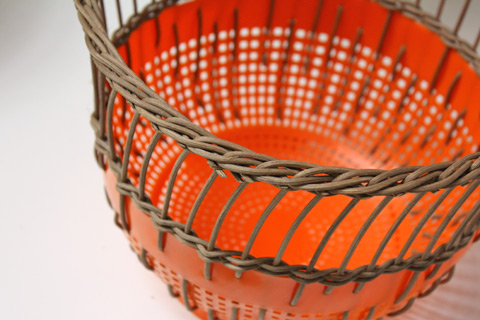 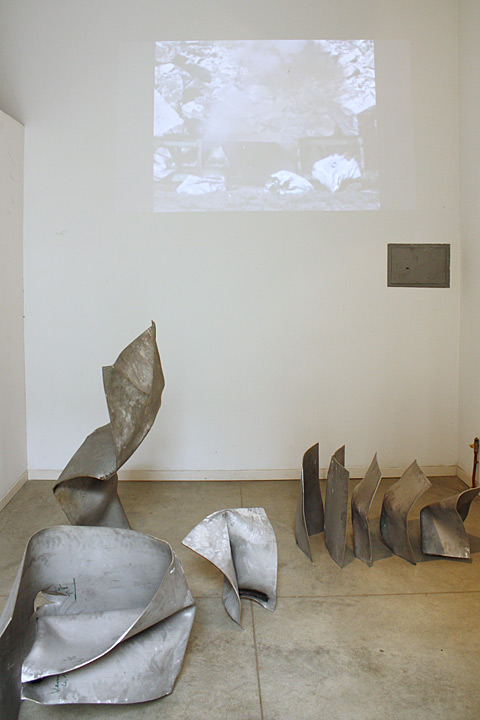 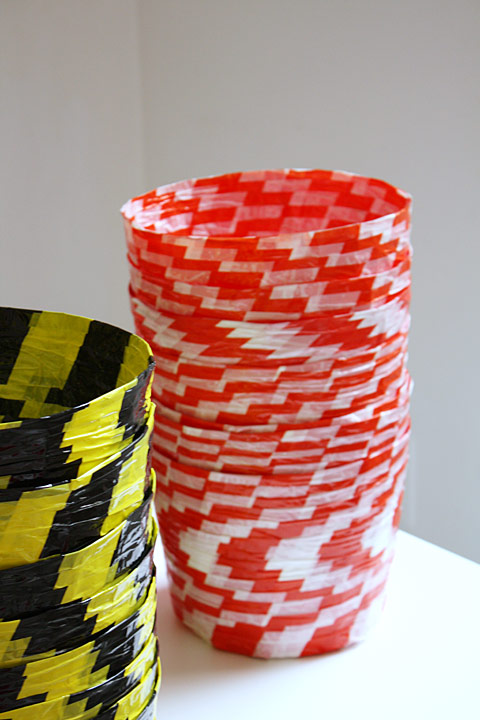 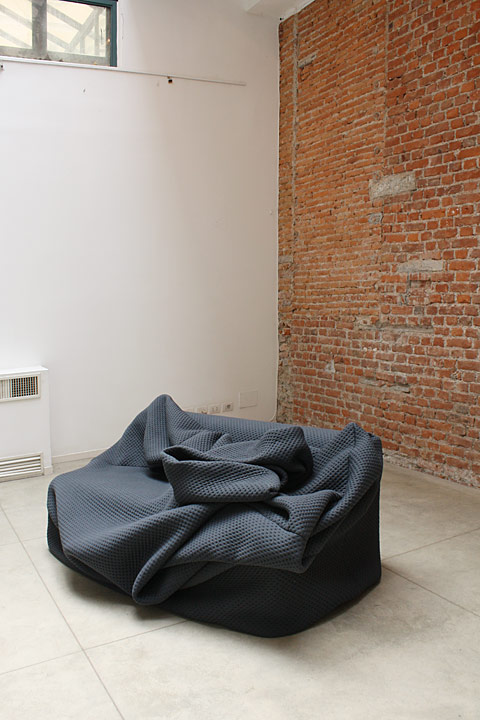 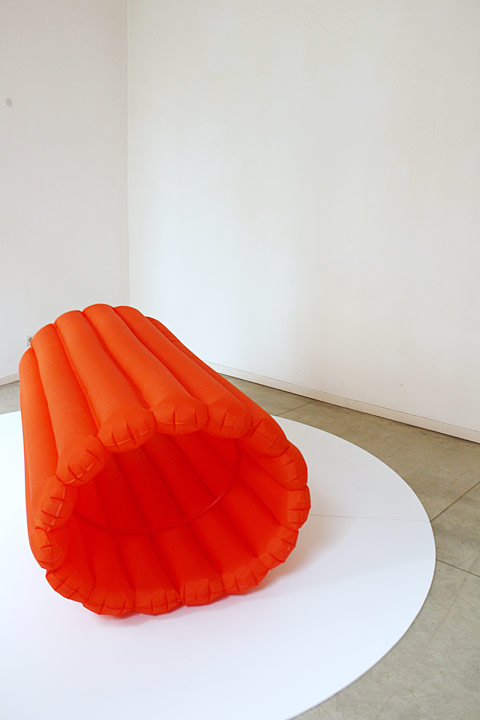 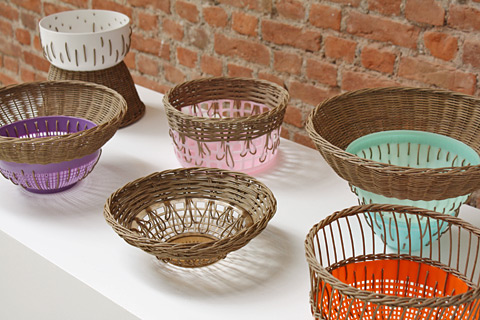 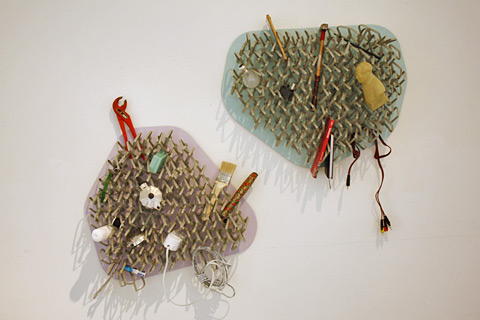 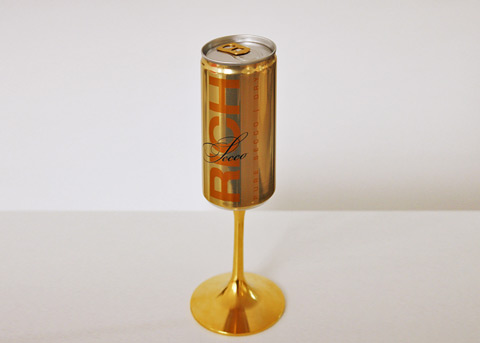