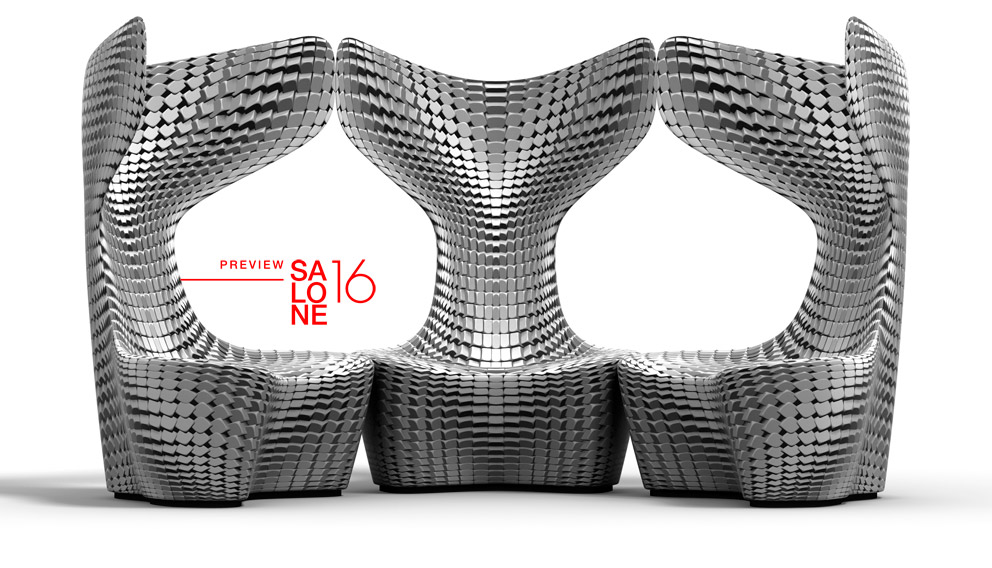 What has shaken up the imagination to such an extent? Has the parametric software gone completely haywire? Or the 3D printer devoured too much sci-fi pulp? One glance at the photos leaves you gaping with astonishment, eyes wide open; it is hard to believe what a technically advanced creature Polish designer Mac Stopa has designed for Cappellini. Is “Drum” actually an armchair? Or are we dealing with an extra-terrestrial life form? Do digital water nymphs look like that? Or is it just digital kitsch?

What is clear: It definitely deserves a closer look in Milan. What is known: “Drum” is not only an armchair filled with polyurethane foam, it also doubles as a table and a pouf that can be used as an occasional table. Okay, the cover consists of a stretch fabric, but what is really crazy is the printed geometric 3D pattern – which is purportedly available in three versions and different colors.

What you could suppose is that Cappellini is trying to re-invent itself and take the lead as regards innovation and experimental design. “Drum” is not the only indication of this shift, but also the fact that in addition to the showroom in Via Santa Cecilia they have created “Cappellini Point” exhibition space in Bastioni di Porta Nuova 9. (tw)