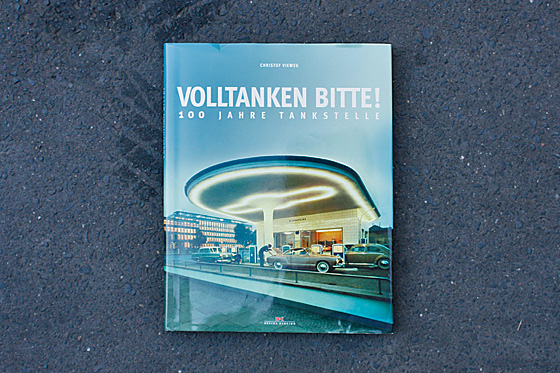 Where can you find the best-known and probably most ravenous predator in the world? At the gas station! It is the "tiger in your tank", the ever smiling and friendly big cat that Esso adopted as its pet in the mid-1960s and which slinks around the gas pumps in advertising campaigns for the chain of gas stations to this day. This is one of many examples showing that gas stations are magical places where the modern myth of power, energy and mobility gains strength and regenerates on a daily basis. It is certainly not just our cars that are fueled at these thoroughfares, which we only pass through briefly; it is also where we refuel our notion that we are always mobile and can go wherever we want. Being able to go places as and when we like – to work, to the mall and in our free time – was one of the big promises of the 20th century. Yet the realization is quick to set in: no gas station – and no gas – no automobility.

Filling up at the pharmacy

Bertha Benz was one of the first to find that out when she set off with her sons from Mannheim to Pforzheim in August 1888 in the motorcar Patent-Motorwagen "Modell 3", designed by her husband Karl Benz. The round trip, covering almost 200 kilometers, was not just an adventure, but also a marketing stunt, for at that time the inventor was yet to receive a single order for his automobile. They set off at sunrise. As Bertha Benz did not know the direct route, she chose one that passed places she was familiar with. From Mannheim she drove through Käfertal, Viernheim and Weinheim along the "Bergstraße" (Mountain Road) to Heidelberg and further southwards. But then, panic! Just after passing the village of Nussloch the engine started to stutter and the three-wheeled vehicle gradually came to a halt. Eugen, one of the sons, was familiar with the technology of the single cylinder and immediately saw that the carburetor, also serving as the tank, was dry. The family pushed and rolled the car three kilometers over a downhill sloping road to Wiesloch, where the horseless carriage quickly caused a stir on the market square. And while Eugen and Richard explained the motorcar to passersby, the resourceful Bertha ran to the pharmacy and came back with four and a half liters of ligroin, a light gasoline used as a stain remover, which the puzzled pharmacist had mixed together from 100ml bottles. So not only did Bertha Benz undertake the first long-distance journey in automobile history, but she also made the town pharmacy in Wiesloch in the Baden region the world's first automobile filling station.

From the jerry can to the energy filling station

Automobile and technology journalist Christof Vieweg tells this nice little story in his book "Volltanken bitte!": 100 Jahre Tankstelle (Fill up please!: 100 years of the gas station). The informative and lavishly illustrated book is subdivided into nine chapters in which readers learn about the origins and history of the gas station (the first oil drilling operations, various types of gasoline, jerry cans, hand pumps, the technology of pump nozzles and suction nozzles), about types of architecture and the latest trends and how automobiles in the future can be supplied with energy, such as hydrogen. The well researched historical overview is complemented by advertising posters, paintings, a chronicle, statistical data on global petroleum consumption and on prices and taxes, as well as countless photos of filling stations worldwide and their equipment.

For instance, the double-page reproduction of a black-and-white photograph of a village store in southern Texas indicates that as early as the beginning of the 20th century, tanking up the car was linked to all kinds of other businesses, as shown by all the signs displaying brands such as "Chesterfield", "Pepsi" and "Coca-Cola" and "Texaco" mounted upon the simple wooden shack. On the very next page another photograph shows the resonant names the petroleum companies gave their products as early as the 1920s, when business with automobile gasoline first started to take off. We read on the little payment cabin of the filling station, illuminated in the night, which is not in Egypt, but Vienna: "Sphinx Benzin". And underneath "Vacuum Oil Company", the name of a company which, we learn later developed into "Mobil Oil" and ultimately "ExxonMobil". The "Dapol" logo is another historical peculiarity. This was the name, under which petroleum from the refineries of the Standard Oil Company was marketed in Germany; in the US the brand had an American Indian with a headdress as its mascot.

From the hand pump to the filling station attendant

Whereas the pharmacy in Wiesloch had to serve as a somewhat involuntary filling station, the first real gas station opened on June 14, 1907 in Seattle. This service station with a tank and a simple hand pump complete with hose became the model for further stations that started springing up like mushrooms throughout the USA. In the following years it was primarily the success of Henry Ford's "Model T" that, priced at $850, not only made the automobile affordable for everyone, but also forced the oil magnates to build up an infrastructure to fuel motorcars. The roadside storage tanks were soon obsolete; people started burying the tank underground, under the sidewalk or street, and using electric pumps to transport the fuel. In 1917 Standard Oil of Indiana, one of the successor companies of the Standard Oil Corporation, which had been forcibly broken up, developed the prototype of a modern gas station with separate payment booths, which was soon to be built in its hundreds.

The first gas station in Germany was opened on January 6, 1923 on Raschplatz in Hanover. It was a small, kiosk-like circular structure with the interior serving as the payment area and an integrated underfloor tank installed between the floor and the foundations. When the Nazi government started building freeways in September 1933, renowned architects such as Karl August Bembé, Werner March and Friedrich Tamms were commissioned to plan the gas stations, which did not sell gasoline from companies like Shell or BP, but special gasoline that the state operating company bought from the oil corporations. The architects developed three types that were to serve as templates for further stations from then on, but as early as 1937 they were banned by the regime's ideologists as too international and too futuristic. The basic requirements for the standardized "Frankfurt", "Hanover" and "Fürstenwalde" models included, amongst other things, three pumps for gasoline and one for diesel, vehicle jacks, a toilet, a telephone box, a guest area and parking spaces for at least ten cars and three trucks.

The book goes on to describe and document in a knowledgeable, if somewhat clichéd manner in places, the new start that came with the economic miracle after the end of the Second World War and developments leading up to the Suez Crisis and 1970s oil crisis. Whereas filling station attendant was still a dream job in the early 1950s, it was at the latest the self-service gas station and movement from a blue-collar to a white-collar society that put an end to that. In 1950 there were 18,200 filling stations in Germany, peaking in 1970 at 46,091. Then the sector began to shrink. Following the so-called "streamlining" of the industry, in 2010 there were just 14,410 filling stations, supplying gasoline and diesel to 50.2 million vehicles.

The chapter "Schöner Tanken" (Tanking in style) is devoted to the aesthetics and architecture of individual stations that stand out from the masses of standardized models. For example, as early as 1936 Danish architect and designer Arne Jacobsen created one of the most attractive gas stations to this day. It is located at Skovshoved Harbor north of Copenhagen and captivates onlookers with its simplicity and elegance. Particularly eye-catching is the combination of a building with a sloping roof and a mushroom-like roof structure borne by a central pillar over the pumps. It is not only here that we can see what defining role filling station roofs had, especially in Europe, for construction projects. And not only in relation to 'off the rack' architecture. Thus, for instance, Swiss architect Mario Botta spanned a huge roof structure across the entire complex of the freeway filling station south of the Gotthard Rail Tunnel, and in the late 1990s Lord Norman Foster designed individual square roofs for the Spanish oil company Repsol that function like parasols and are painted in the corporate colors orange and white. And where the architecture is no help, companies draw attention to the station using lighting strips in various colors.

All that remains is the question of the future. Will there still be filling stations after the age of oil? What will be used as fuel? Hydrogen or electricity? Whatever happens, it is surely safe to say that even though they are still part of everyday life in industrialized nations and are certainly not obsolete, after around 100 years filling stations have indeed suddenly become historical. Only time will tell whether as shopping and event centers with their service areas they will survive in the coming age of electromobility. 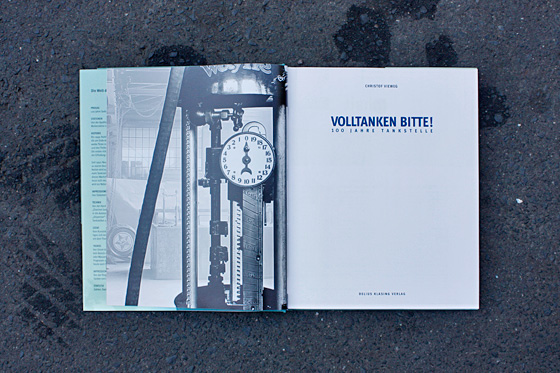 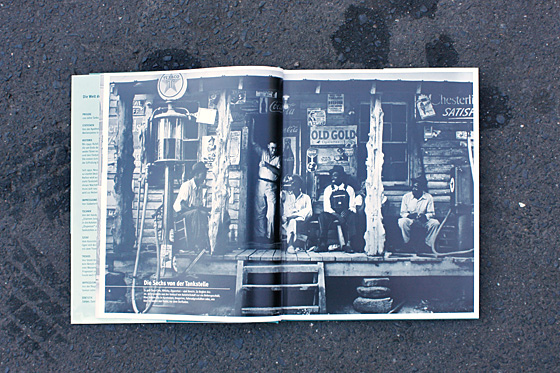 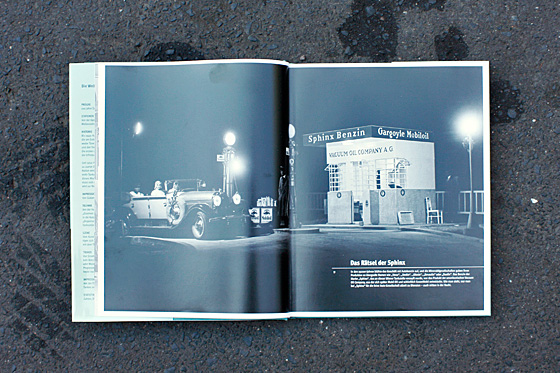 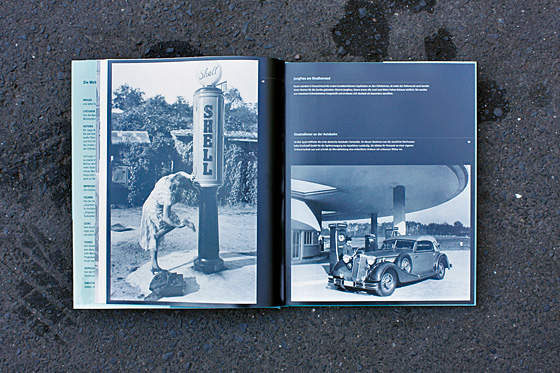 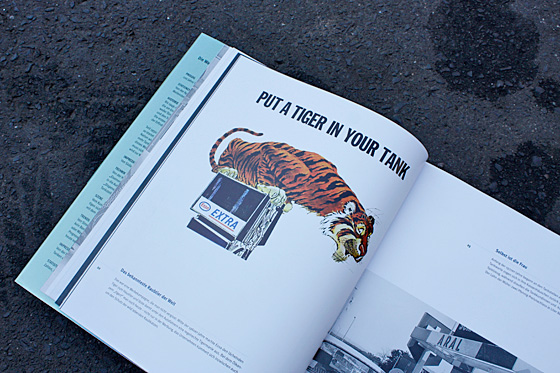 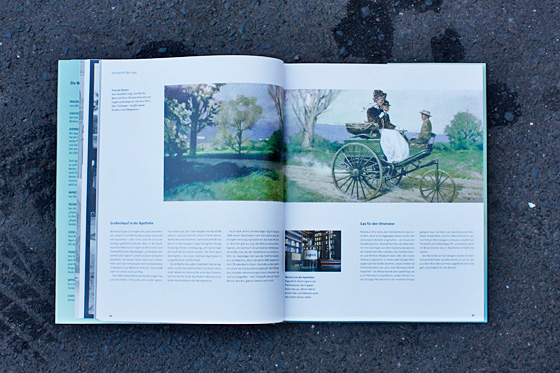 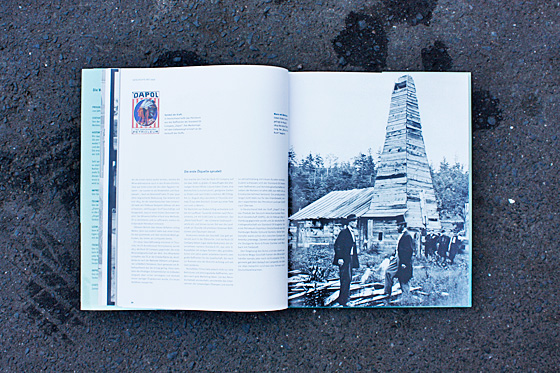 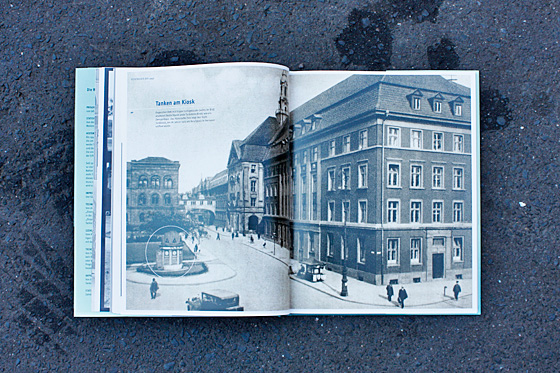 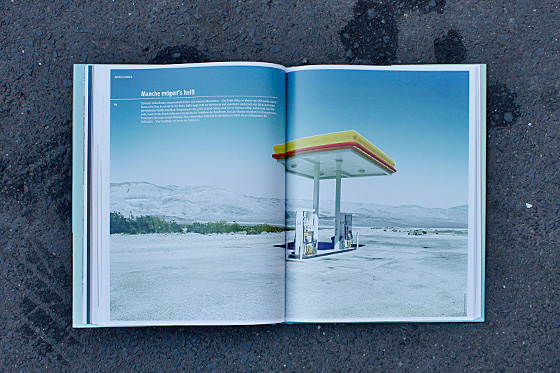 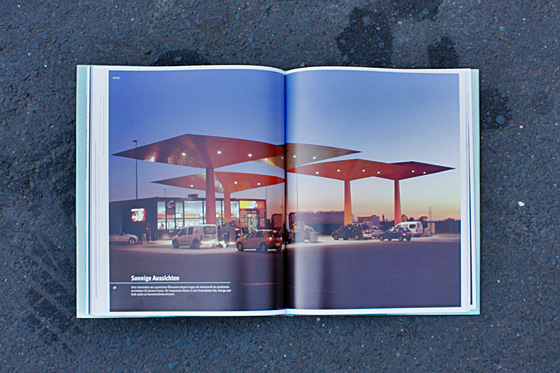 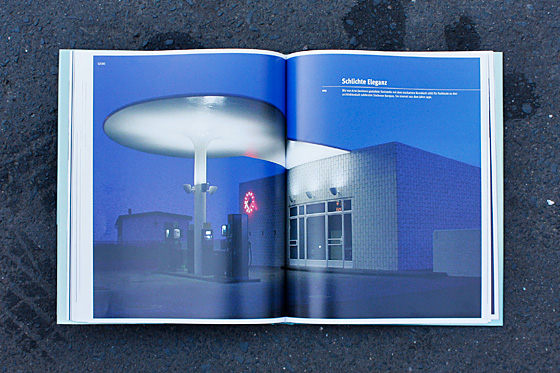 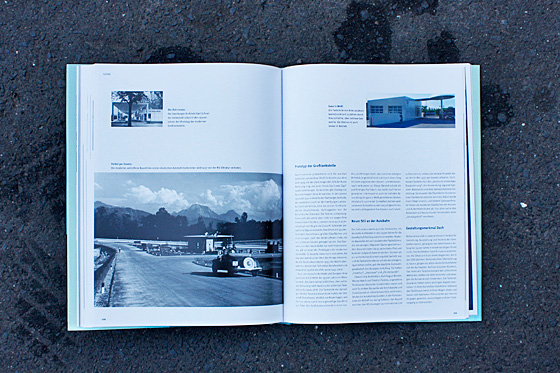 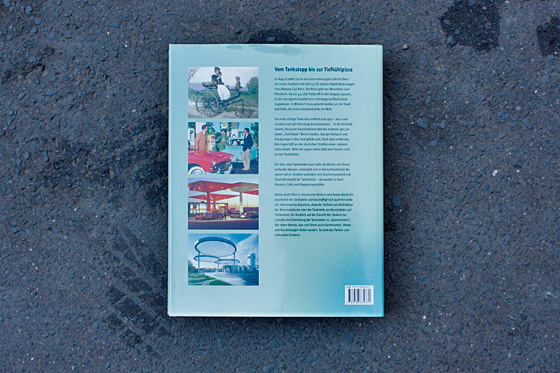