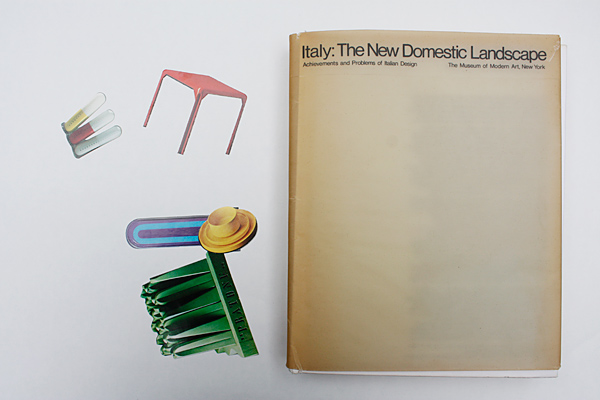 A baseball glove for a chair, films and performances as new forms of communication in architecture, modules for creating entire interiors, underground cities, illuminated plastic snakes, a habitat in a car, a cloud making for a ceiling luminaire... – the collection exhibited in 1972 at New York's MoMA was not just a hodge-podge of shrill new creations from a bunch of crazy young Italian designers. Rather, the legendary exhibition "Italy –The New Domestic Landscape" curated by Emilio Ambasz showcased the Italian artists' ideas to epitomize a generation of designers caught between conformism, rebellion, and utopias of the future. It came at the right time, for it evidenced the renouncing of the lofty ideals of functionalism while welcoming the merry and colorful possibilities afforded by the new plastics, the utopias of new forms of cohabitation, the critical stance taken by the recently formed eco-movement, a young generation's euphoric mood and skepticism.

Groups such as Superstudio and 9999 exhibited their critical alternative designs as they redefined the relationships between product, architecture, and urban space. A new type of designer – epitomized by Ettore Sottsass – presented itself to the world. Films and environments were created exclusively for the exhibition. Everyday objects came to be interpreted as "micro projects", architecture and design as socio-critical commentary. With designs located between marketability and utopia, between Bel Design and Radical Design this spectacular exhibition of Italian design can be conceived of as one of the most important design exhibitions in the 20th century, which took a key role in establishing the design and architectural scene in Italy: The grand masters of today – from Aulenti to Bellini, Colombo, Mari, Pesce, Sapper and Sottsass to Zanuso – were there at the time. For decades to come, "Italian design" was synonymous with the design avant-garde. The exhibition featured as a benchmark long after it finished, and its title is still being referenced today.

The exhibition catalog, the original of which has long since become a collector's item for bibliophiles, is there for all those who sadly missed the exhibition at the time. It still succeeds in conveying this spirit of departure and the critical spirit of the time, of a creative stance, even, that took social responsibility as second nature.

If nothing else, the loose cut-outs of objects dancing around in the transparent jacket were a clear indication that things got moving. An armchair no longer had to comply with traditionalists' or functionalists' ideas, but was free to take on the shape of an enlarged meadow made of polyurethane foam, such as the "Pratone" chair designed by the Strum group. There were luminaires in the shapes of pills, while a table no longer resembled the modest piece of wooden furniture that was made to last but a somewhat shrill and more transient item of bright red plastic. The role of furniture was no longer simply representative, but intended to enable new ways of living as flexible modules. The "new landscape of the home" had indeed become enriched by a number of typologies, leaving behind some archetypes while consciously picking up others and pushing them into the absurd.

That said, the catalog did not simply reproduce the objects by these young and more or less rebellious architects and designers (as we would find in today's books about emerging talents). It moreover evaluated and grouped them according to their key aspects, formal and technical significance and "socio-cultural implications", according to greater flexibility of use and relevance as regards different "environments" and "counterworlds". The items were juxtaposed with more than a dozen articles: "Historical essays" illustrated the connections with Italian Art Nouveau as they did with the futurists, while "critical articles" placed design and architecture in a social and economic context, portraying them as an expression of new ways of life and social utopias.

Today, to some readers the book may amount to no more than a compilation of old and familiar "design classics" that have adapted effortlessly to the world of long-established items and luxurious goods. However, if we use the texts to allocate the designs within their historical contexts, they will as before reveal to us the ideas of social change, of future visions and utopias, something that was particularly evident in architecture and design. The new shapes of products and innovative forms of living are an expression of the search for a new society – a far cry from the mere desire to shop or copy the latest trends. The issues concerned revolve around questions such as how people might live together in a rapidly changing world, how we treat nature and handle resources or how we deal with social responsibility, issues that to this day have remained – or have again come to be – surprisingly topical.

For that which we today describe using trendy buzzwords such as "sustainability" and "social design" has by no means been invented recently, for it concerns essential features of design, such as can be found in the early days of the discipline as well as in the socio-critical designs displayed in the MoMA exhibitions. A legendary snapshot of the history of design, "Italy – The New Domestic Landscape" is a well of inspiration for what is now the third generation of designers, as it detects the essence of utopia in the designs and presents them as examples for what design can best achieve. It provides encouragement when it comes to shedding the ballast of that which has become obsolete and to discuss the social relevance of one's own work, while at the same time pushing to achieve highly expressive and emotional designs.

In the spring of 2009, an exhibition and a symposium held at New York's Columbia University devoted itself entirely to the legendary exhibition, prompting witnesses or protagonists of that time to evaluate the events from today's point of view and seeking to compare and contrast the groups and tasks at that time with those of today. To this day, the exhibition is regarded as having spearheaded a period of change and new beginnings, as an entire generation of designers freed itself from the shackles of dogmas and constraints, and – still considered a strong point in today's designers – reconceptualized many things, lending new materials, changed values and a new spirit of life an adequate form of expression. Almost 40 years following its publication the accompanying catalog to the exhibition "Italy – The New Domestic Landscape" still makes for a striking example that such a creative stance can indeed culminate in designs that are not only a clear expression of the ideas of their time, but can likewise morph into trailblazing typologies that are here to stay.

Already published in our series on product-typologies:
› "Everything that is furniture" by Thomas Wagner
› "Do not lean back!" on stools by Nina Reetzke
› "On tranquility and comfort" by Mathias Remmele 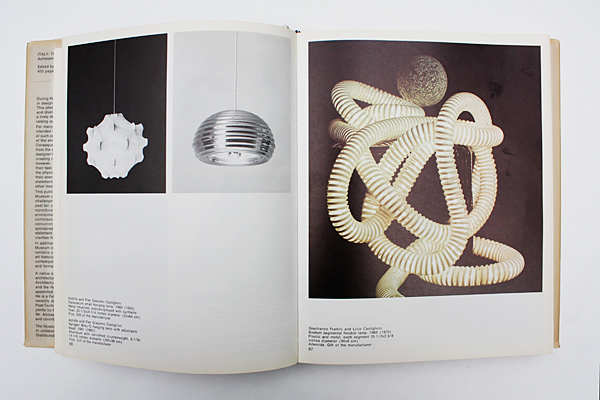 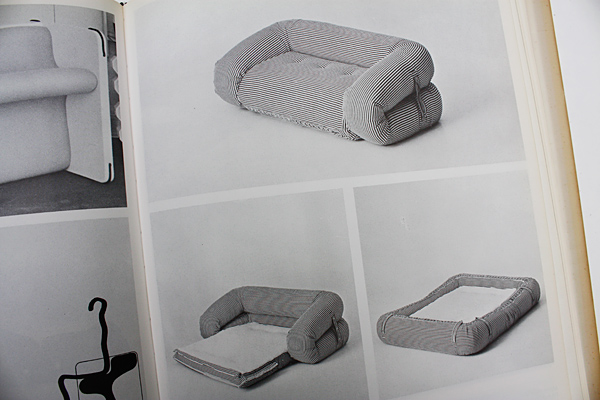 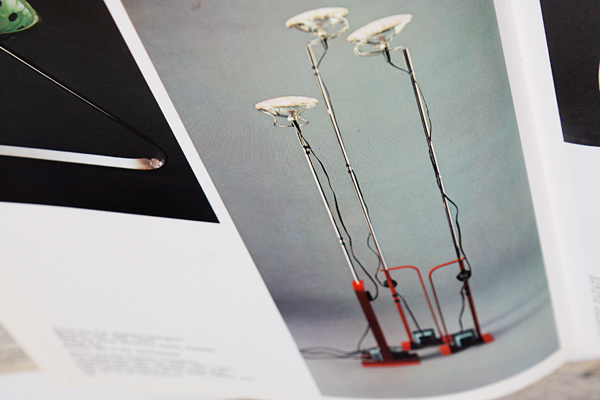 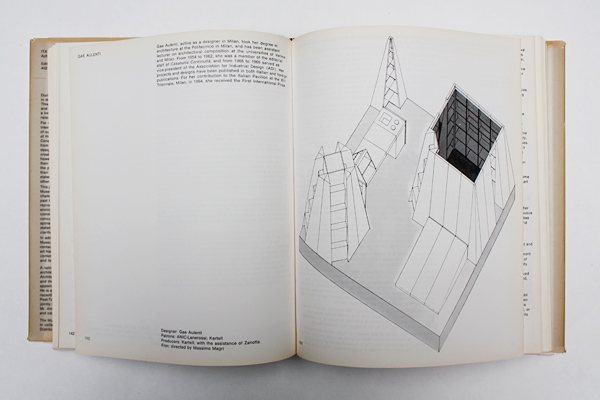 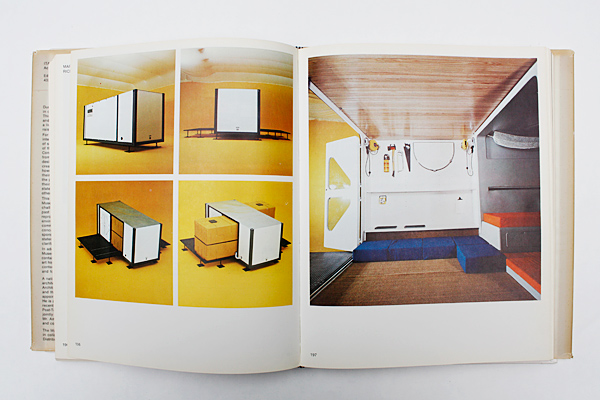 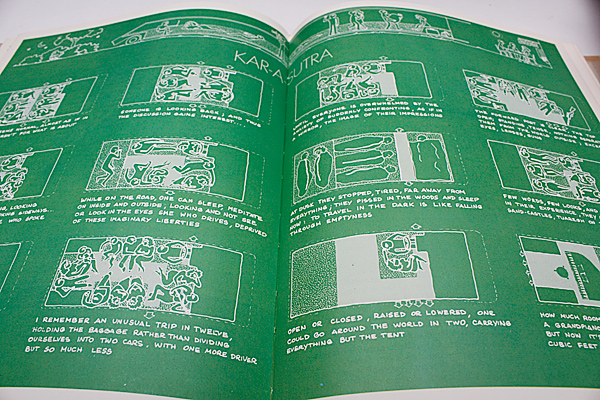 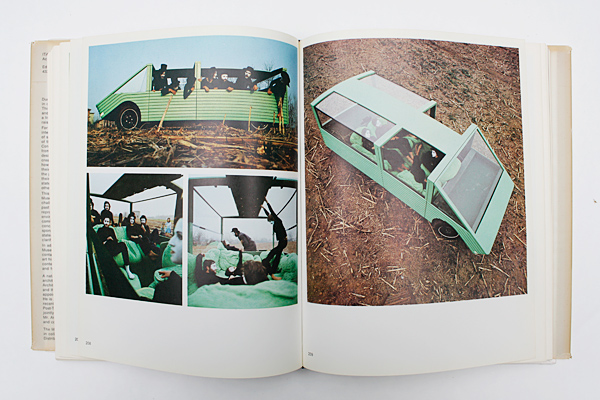 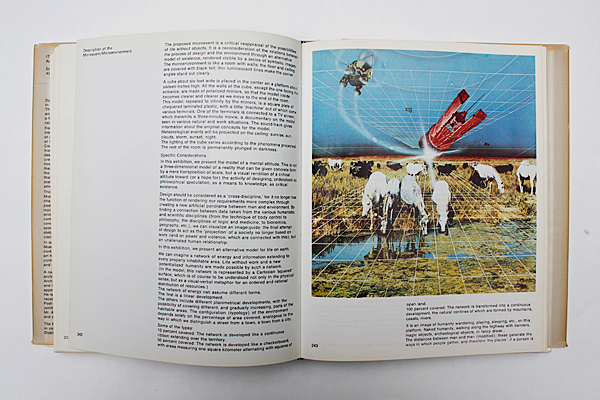 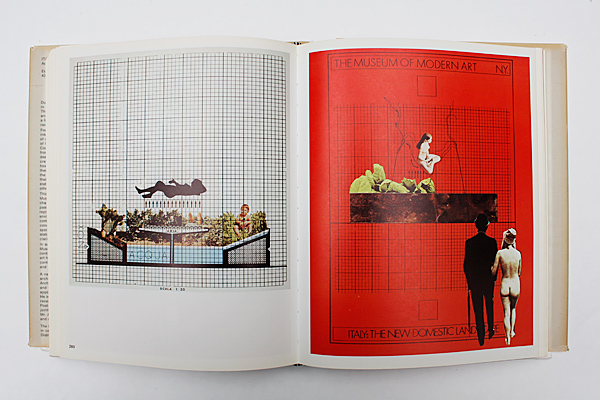 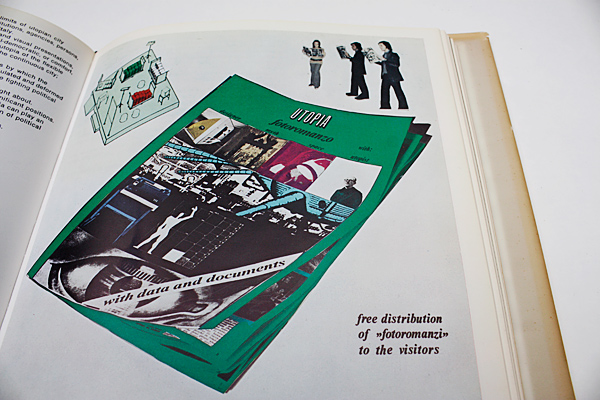 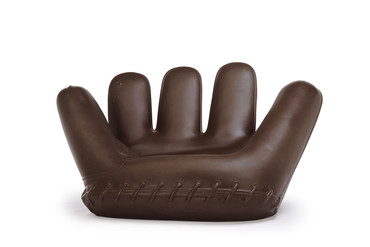 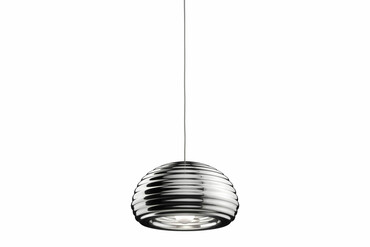