Composed, Bakenkhonsu sits enthroned at the entrance of the exhibition, his arms crossed and resting on his knees, his gaze fixed straight ahead. The hieroglyphic inscriptions on the colossal block statue tell us Bakenkhonsu’s story of advancement from a farm hand to high priest – even depicting his activities as the master builder of the Karnak Temple. In Ancient Egypt architects such as Bakenkhonsu and Senenmut (who worked to build the Mortuary Temple of Hatshepsut around 1500 BC) were honored as if they were themselves pharaohs. Their work was inextricably associated with their names. In contrast to the Middle Ages, for example, their buildings were not passed down as anonymous works of architectural art.

The Munich exhibition “The Architect – The History and Present of a Profession” looks back as far in time as the rule of Ramses II and the heyday of Mesopotamia in its examination of the social standing of the architect, their methodologies and sphere of activity. In the form of statues and illustrations, paintings and models, films and measuring instruments, the show explores a profession that could not have been more diverse and varied down through the epochs and across differing cultural groups. The kaleidoscopic image collated here encompasses the characteristics and peculiarities of this profession spanning almost 5,000 years, making use of examples that bring us right up to the present day. Today, there are almost 530,000 registered architects in Europe, and their tasks can be anything between construction management for large-scale projects and kitchen planning, between stage-set design and providing expertise on issues relating to energy and real estate. “The architect was an artist and is now becoming a specialist in organization,” declared Hannes Meyer, who was director at Bauhaus from 1928 onwards. But, today a good 80 years on, what is the situation as regards architects and their talent for organization, their role as intermediary between clients and building regulations and their professional image in general?

In his valedictory exhibition, Winfried Nerdinger, director and founder of the Architekturmuseum der TU München, has compiled a carefully-researched historical overview. Unfortunately, questions on the here-and-now are only vaguely touched upon. Instead, Nerdinger focuses his attention on the historical role of the architect – from a prince’s servant to godlike titans, and from master craftsman to theoretician. The particular charm of this exhibition is that it provides an overview that may ignore most of the present-day period but is didactically so well presented that is also comprehensible to the wider public, not just those from the field. The individual exhibits, be they the original pieces from the collection at the Staatliches Museum Ägyptischer Kunst or illustrations and models from the Architekturmuseum’s own archives, come together to form a varied overview that is topped off with videos and film sequences.

While patrons and benefactors present themselves as quasi-divine commissioners, the names of the actual architects remain largely unknown. Master stonemasons, stonecutters or carpenters were responsible for construction and detail arrangement, but it wasn’t until the mid 14th century that foremen became celebrities in their own right and attained a social standing that set them off from the ordinary craftsmen. The aura of the scholar who grappled with Classical Antiquity and explored the world as a researcher defined this new social recognition and the fame experienced by architects during the Renaissance. Bramante, Raphael and Michelangelo led the Papal cathedral workshops and were entombed like princes. Giorgio Vasari immortalized them in their biographies in his Vitae. Furthermore, medals and sculptures attest to the fact that the role of the architect had become at least as liberal as their area of responsibility, which could range from mechanical engineering to flying objects. The Renaissance architect was a “uomo universale”, a scholar, a researcher and an intellectual fully integrated into court life.

The exhibition tour then swiftly moves from the Baroque period to the industrialization and mechanization of the building industry. The sector’s maestros are presented as members of large teams – at least in group photographs such as those of “Foster and Partners”. The London-based global player among international architectural firms now has offices in 150 cities and 50 countries.

The exhibition’s last room has been handed over to the architects’ toolkit. Stencils and T-squares are on display, joined by cases filled with measuring instruments and a huge compass with wooden screws. “We can only design what we can draw,” Peter Eisenmann once quipped and the architect’s words now adorn a wall in the exhibition. Cabinets hold travel drawings and sketches made by architects from Louis Kahn to Sep Ruf and Florian Nagler – impressive examples of a talent of perception that makes an architect an artist. But in the end, one is left wondering why digital construction and design drawings are entirely absent here despite their importance as a tool in contemporary architecture.

Winfried Nerdinger bids farewell after 42 exhibitions (predominantly his own work) with a historical round-up, which aside from a few relevant exhibits leaves us in the dark as to the present and future of the architect’s profession. It remains to be seen whether his successor Andres Lepik can close this gap and indeed how he plans to do so.

The Architect – The History and Present of a Profession
Until February 3, 2013
Pinakothek der Moderne / Architekturmuseum der TU München
www.architekturmuseum.de

This painting by Wilhelm von Kaulbach shows artists, who were commissioned by King Ludwig I. to create monumental buildings, circa 1850, photo © Bayerische Staatsgemäldesammlungen, Munich 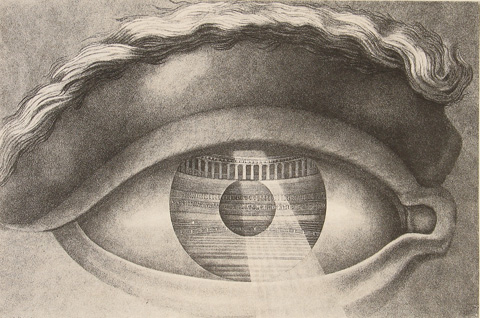 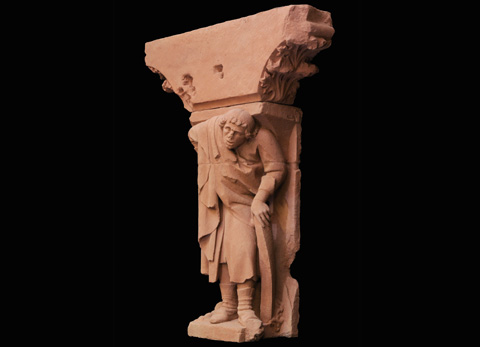 Sculpture of a builder in the east choir of the Cathedral in Mainz, photo © Bischöfliches Dom- und Diözesanmuseum, Mainz 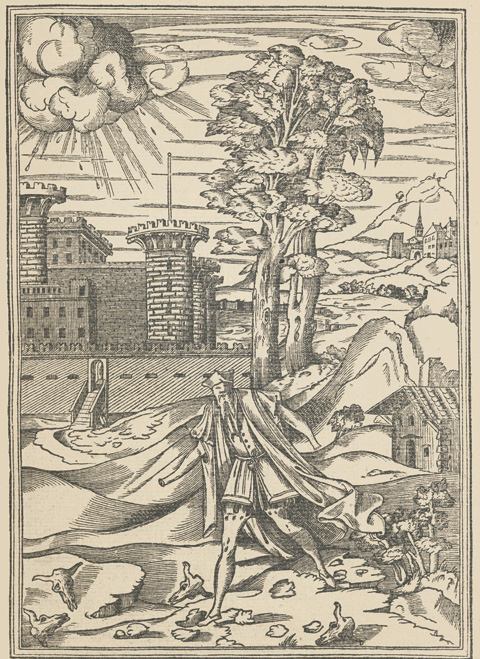 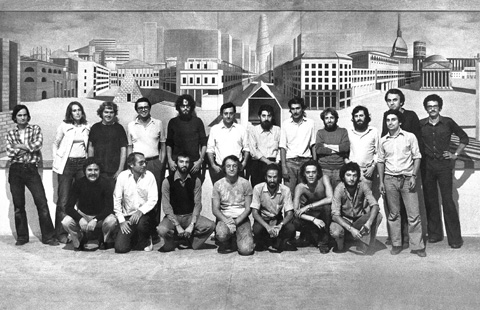 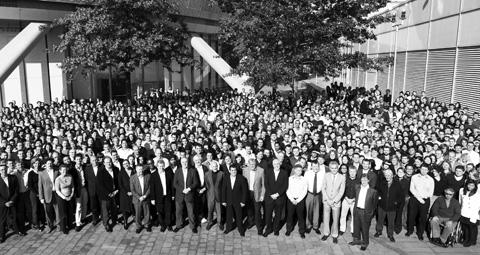 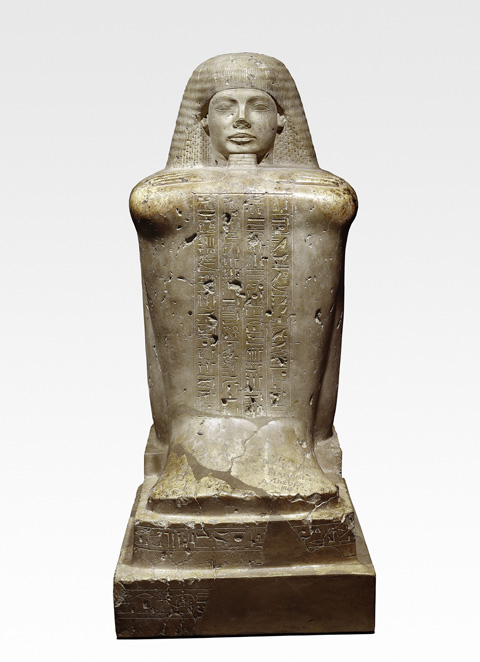 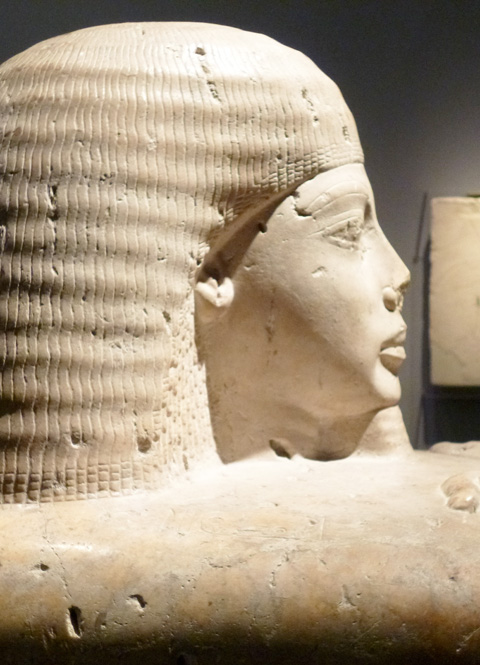 Statue of Bakenkhonsu, exhibited at the “The Architect“ exhibition in Munich, photo © Sandra Hofmeister 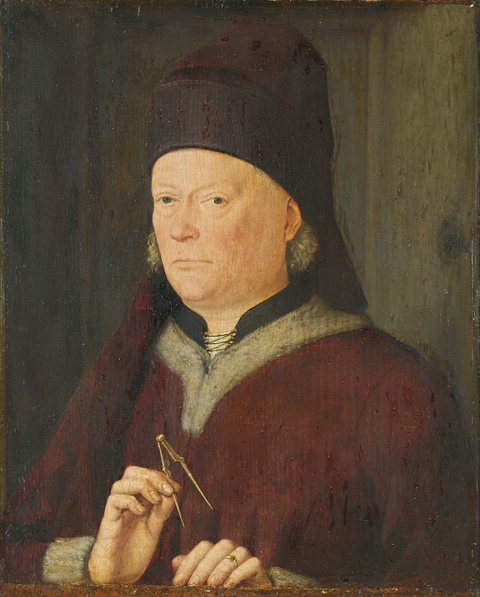 Portrait of an architect, circa 1470, photo © Bayerische Staatsgemäldesammlungen, Munich 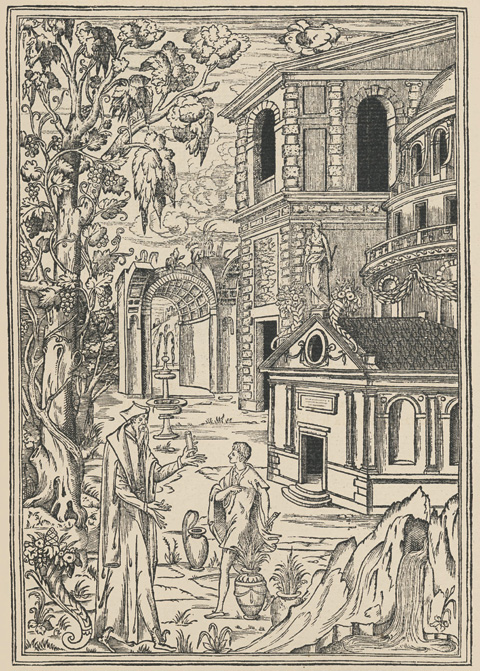 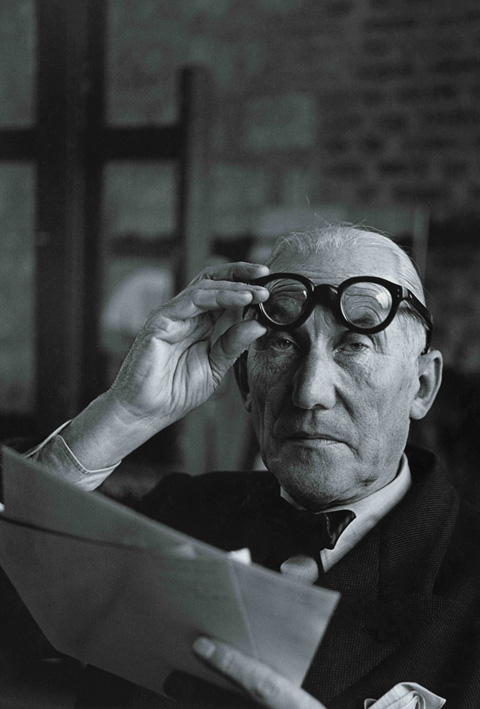 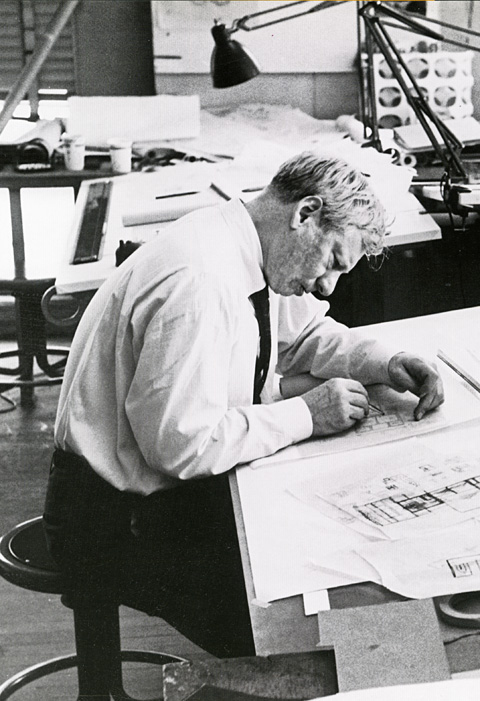