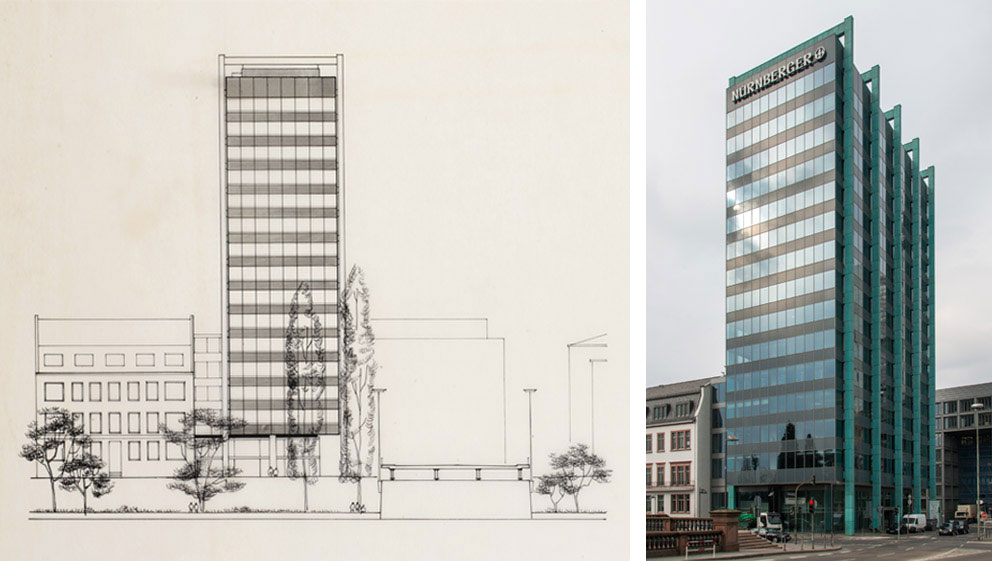 This building, which serves as a bridgehead, and the Maintor Panorama, currently under construction, form a gateway to the banking quarter. With the purchase of the site, the Swiss National Insurance company was granted permission to exceed the building height in the adjacent residential quarter. Not only its height, but also the concrete frames with copper sheet cladding and the curtain wall set the tower clearly apart from its neo-classical neighbours. In 2000, the tower was given protected status as a historic monument. Soon after, it was revitalised and given an altered window configuration. It was acquired by Nürnberger Versicherungsgruppe in 2010. (Evelyn Steiner) 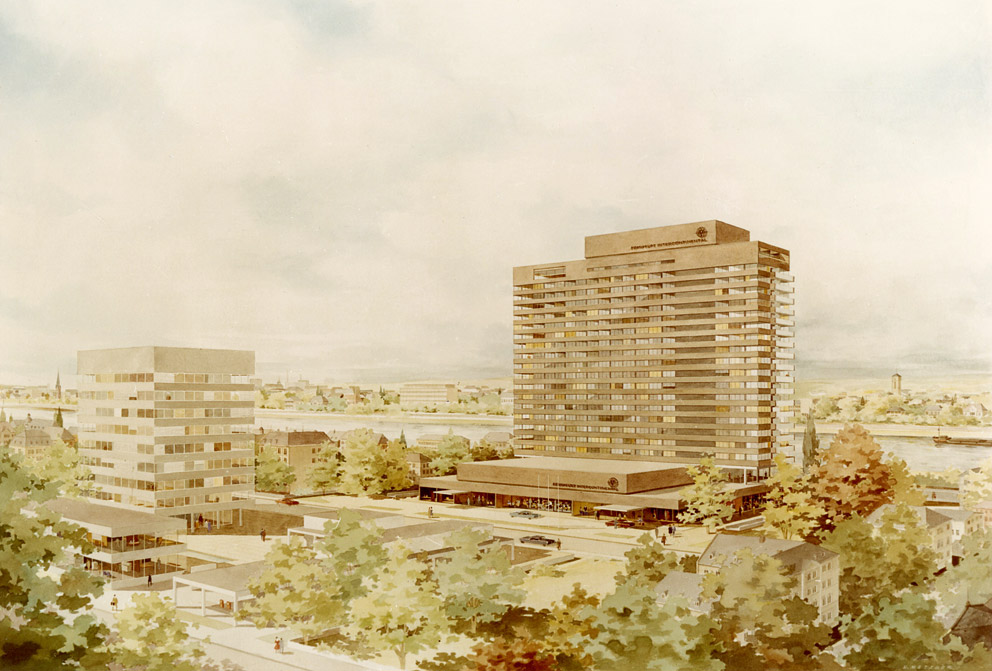 With over five hundred rooms, the Hotel Intercontinental was the largest hotel in Germany when it opened. The base spans one and a half storeys, housing the foyer, reception, restaurants and a ballroom. Above this rises the slab of the „River Wing“, an expanse of natural stone divided horizontally by continuous bands of ribbon windows. The roof terrace of this imposing building offers a panoramic view across the River Main to the Museumsufer (Museum Embankment). The long, slightly offset opening in the façade to the roof terrace breaks up the building‘s strict symmetry. The hotel chain, until 1981 a subsidiary of Pan American World Airways, had the „City Wing“ built in 1968 on the estate across the road. These 18 floors of bedrooms were mainly used by Pan Am employees. (Philipp Sturm)