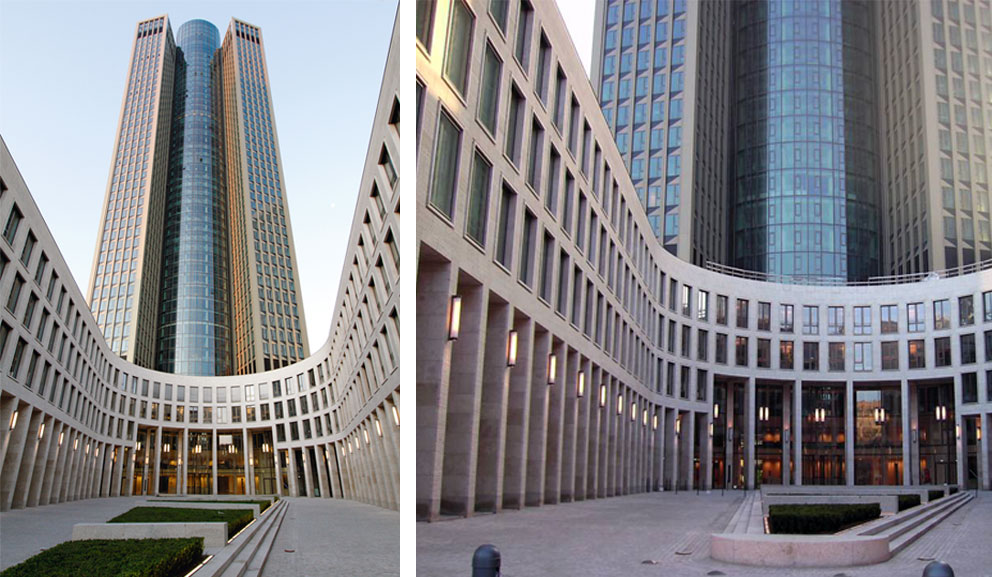 The name Tower 185 refers to the originally planned height of the building that marks the gateway to Frankfurt’s new Europaviertel. Split into two halves that are connected at an acute angle and enclose a glazed central section, the tower forms an idiosyncratic ensemble with the base. Its glass and aluminium façade contrasts with the natural stone of the low-rise, whose material and perimeter block typology create a connection to the built fabric of the city. The deep horseshoe courtyard with its stone colonnade in front of the entrance lobby opens up the building’s space to its public surroundings. (Evelyn Steiner) 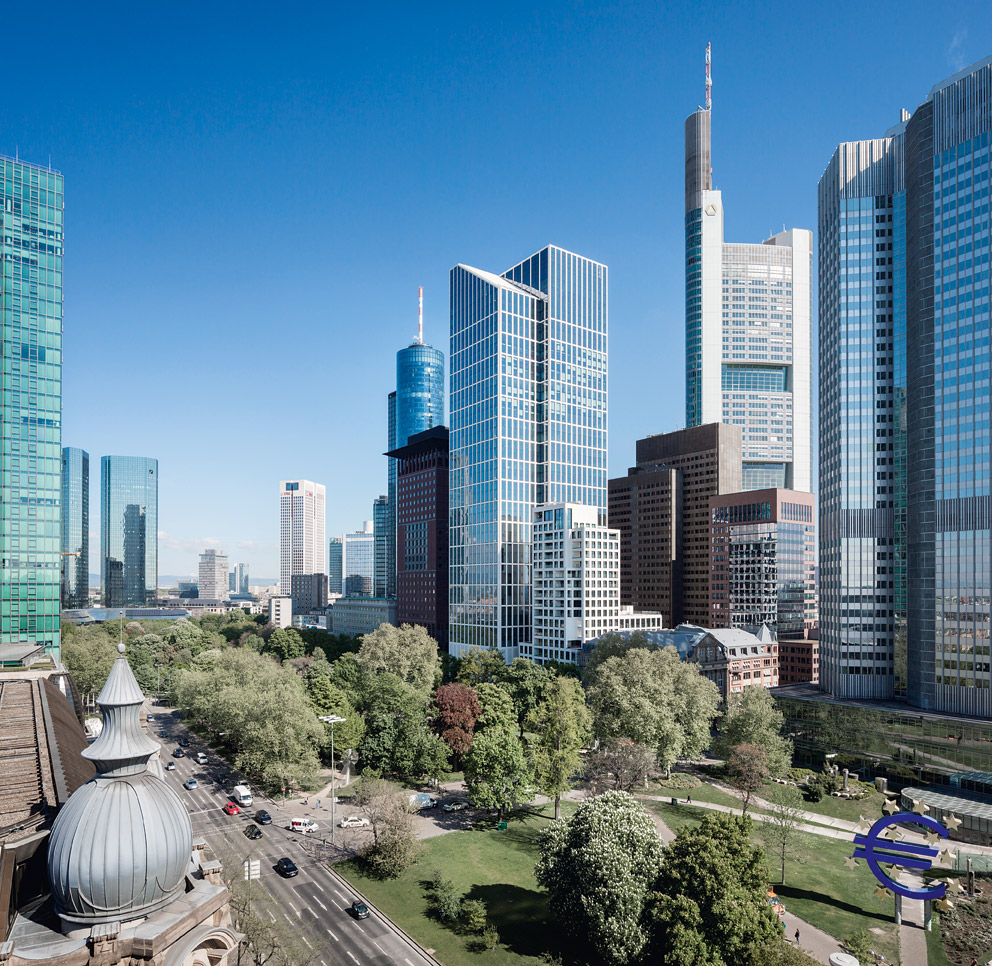 The 1998 high-rise development plan envisioned a building with a height of only 115 metres on the former site of the administration building of Deutsche Genossenschaftskasse, which had been occupied by Commerzbank since 1978. The architecture firm Gruber and Kleine-Kraneburg won the competition in 2000, but the housing crisis put the project on hold. Eventually, two new investors were found – Commerz Real and Tishman Speyer – and the architects revised their original plans. The development consists of an office high-rise with a soaring glass façade and a light-coloured sandstone base along with a separate, slightly lower tower, which contains the residential units that the city insisted on as a condition for the permit. The two towers are connected by a podium building, which contains exhibition space for the Museum für Moderne Kunst. The complex is set back so that its entrance is aligned with the Wallanlagen, thus creating new public green space. Today, the Taunusturm is the only high-rise with an entrance facing the Taunusanlage.
(Evelyn Steiner)