He plays piano in a jazz band, is a trained carpenter, and studied design in Stockholm: His friends like to call Fredrik Mattson the Chick Corea of Swedish design; although a mere 35 years old this Nordic talent, humorous yet serious has already received many prizes. Only recently Mattson received a Red Dot and some time ago the Golden Chair. This trophy provided the inspiration for his new chair collection. Called "The Black Chair""; it has a special version with a 24 carat gold finish - price on request.

The chairs, armchairs and stool (all without upholstery) are made of Swedish birch and are produced by Blå Station in Ahus. In terms of shape they resemble the klismos chair from the era of the Attic democracy - curved backrest and convex legs. Mattson lends the archaic seat from the polis society a new look that catapults it powerfully into the 21st century and seeks to position it in cozy living rooms. Conscious of the environment as Fredrik Mattson is he gave much thought to the choice of material for this chair, which already experienced a real renaissance during the Biedermeier period. He wanted to put an end to the ecological nightmare of a natural wooden chair that involves the production of up to 70% waste. Through until the 19th century the furniture industry solved this problem using a simple trick: High-quality chairs were varnished so that unsightly knots, rings or even bark remained invisible. Only those unable to afford the varnish had to make do with the unadulterated timber. It was not until the end of the 20th century that there was a paradigm change in this respect. Entire forests were sacrificed to meet the demand for smooth timber surfaces. Fredrik Mattson and his friends, for example Stefan Borselius reject this ecological madness. Which is why in this age of global warming when the remains of forests are dying they lay store by a chair that only comes in a varnished version or with a 24 carat gold finish.

“Fundstücke” is a joint project between Baumeister Redaktion and Stylepark 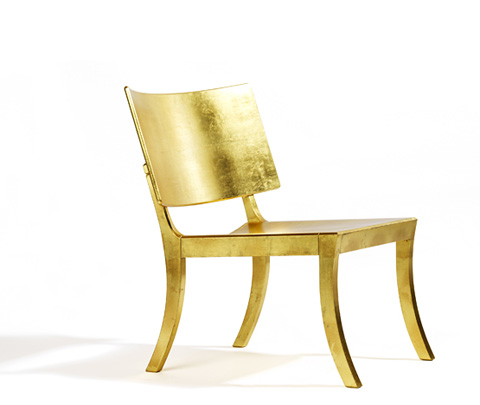 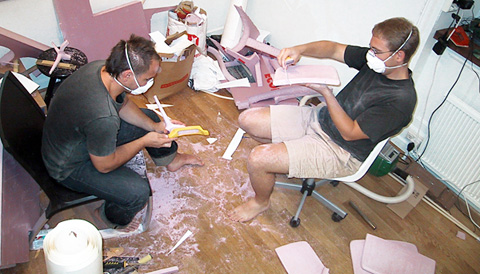 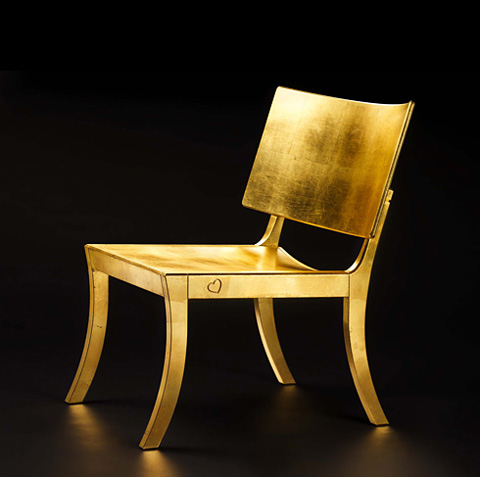 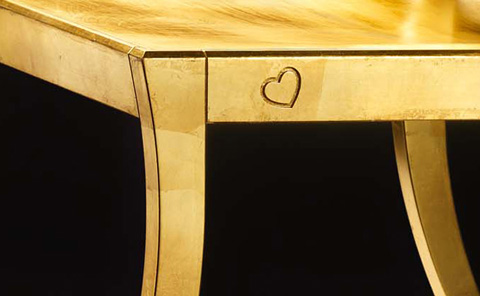 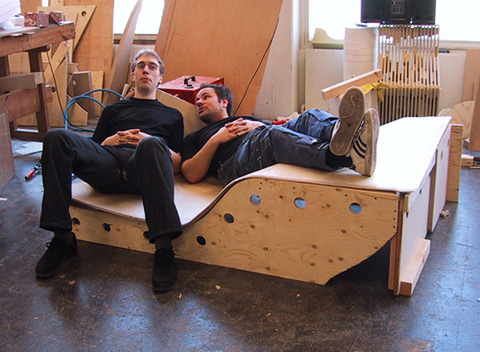