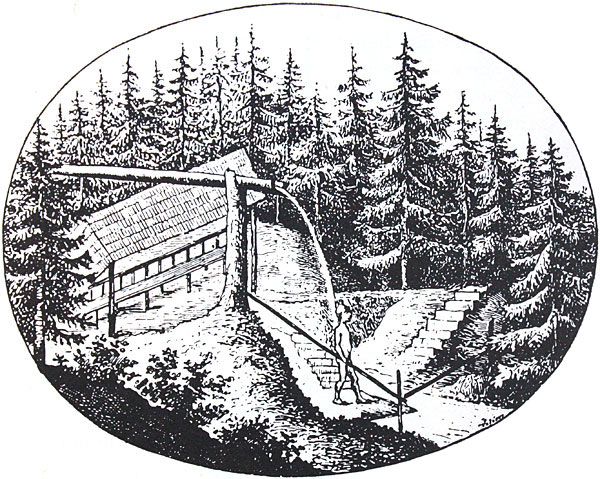 Back to the nature: Prießnitz’ shower in the forests of Schlesien

This year, plenty of standalone bathtubs will be on show at the ISH in Frankfurt/Main. The idea is not really new (not that it ever was), as back in 1994 Philippe Starck combined standalone bathtubs and washstands in his "Starck 1" series for Duravit to create an ensemble - as postmodern reverence to a pre-industrial bathroom. In the mid-1990s, this concept redefined the bathroom and in this way served a hedonism dampened by Minimalism. Yes, bathing had something to do with enjoyment and style, and is no longer just the prerogative of the happy few. Anyone can and may have a standalone bathtub placed in their bathroom. As long as the layout of the room permits it.

After all, such a tub is reminiscent of the days when a zinc tub was carried into any old room, surrounded by towels, and then filled with water by the bucket. Back then, any room could be the bathing room. This concept was advanced to create the "English bathroom", as Sigfried Giedion termed the concept. At the turn of the 20th century it became the rage in upper middle class homes, with superbly decorated tubs that stood in the center of the room. However, this English bathroom refused to be rationalized and standardized, although this was required for apartment construction primarily in the United States but soon in Europe, too. So the type remained a mere episode for many years. It was replaced by the bathroom unit, the result of the rationalization that first made mass production and then industrialized apartment construction possible. With all the consequences that had: For decades the bathroom was just that, a small room of minimized size, just big enough to allow you to wash in it, brush your teeth, have a shave and comb your hair. A room that celebrated the purposive nature of the apparatuses and defined the basic level of bodily hygiene for most strata of society.

Nevertheless: Nostalgia it cannot alone be that leads to bath tubs now being bought that boast little feet ("Ottocento" by Benedini Associati for Agape), higher headrests ("Esplanade" by Duravit) or as metal tubs ("Vieques" by Patricia Urquiola for Agape). The traces of the Enligsh bathroom and its free groundplan are also to be found in minimalist concepts. Modest fittings, ceramics with slightly rounded shapes, bathroom furniture in bright wood - Ronan and Erwan Bouroullec cannot be accused of nostalgia. Their proposal for the "Axor Bouroullec" collection relies on a different desire. They propagate flexible furnishings, to be fulfilled by about 70 different products. The collection includes fittings that can be placed in different positions on and in the washstands or on the wall, shower systems, rests, accessories and a flush-mounted tub.

The bathroom has long since left simple functionality well behind it. It has established its own place as a room in its own right in the apartment's overall footprint - and can be homely. Washstands and cupboards are therefore by no means designed in a bathroom idiom. They could just as well stand as sideboards in a living room. The larger the bathroom became down through the decades, the more the sanitation apparatus simply positioned along a wall seemed obsolete. Larger layouts and freestanding tubs and washbasins go hand in hand.

One hardly needs to be a prophet to predict that the trend toward homely bathrooms will be with us for some time to come. However, what we must forgo in the bathroom is the ability to simply push furniture back and forth the way we do in living rooms or beddings. People keep claiming that bathrooms are now flexible. But that's easier said than done. Even if the one of other manufacturer promises that not everything in the bathroom need be stood where the pipes and connections are, you still need them. That's where the confusion starts for those who want to have a new bath. So you need advice, but the latter is often by no means as professional as it should be. What happens in front of the wall, and what goes on behind it? What's possible? What do you need for the bath to meet your daily needs and your Sunday ritual? Who will use the bathroom when and for how long and how much storage space will be required? Not all offerings are mutually compatible. Moreover, the needs of developers, sanitation equipment makers and architects are not always in line.

The bathroom - a design task

Many architects who plan bathrooms leave things unnecessarily to the specialist dealers - as also happens with kitchens. But if you only think in terms of a particular brand or system easily forgets what happens in the course of a day in a bathroom, not to mention down through the years. Here designers must bring their talents to bear, as they know what the various manufacturers have to offer, are aware of the ‘interfaces' in front of and behind the wall, and can think of the user concepts in terms of the persons who are going to use the specific bathroom. A classic design task, designing processes not products.

One thing is clear. As soon as the tub and the shower are not positioned on the same wall as the washbasin and toilet, there's scope for things. But the place where architecture, structure and sanitation meet remains a tricky one. Thus, for example, the drains for freestanding bath tubs remains a problem. If it has to be integrated into the floor, then the floor's thickness suffers because of the incline required and may then no longer provide sufficient acoustic dampening. And pumps rarely are the right solution as they are too expensive and too loud. Most developers therefore cannot or do not wish to fulfill a wish for a freestanding bathtub, for all the seductive images. And thus it remains what it always was, a luxury. It is just that we now turn on a faucet instead of lugging pails of hot water around.

Back to the nature: Prießnitz’ shower in the forests of Schlesien 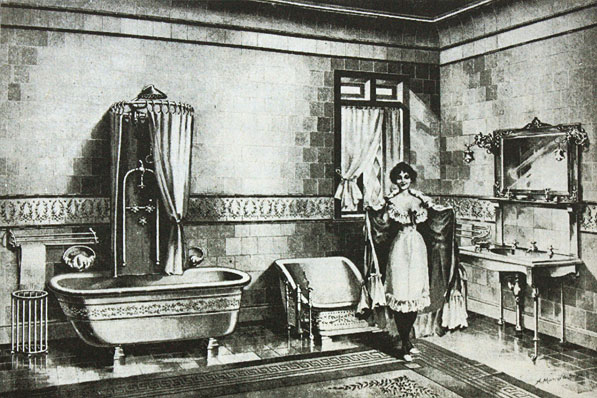 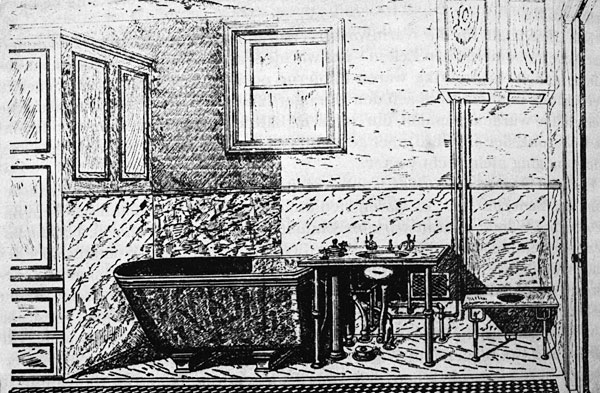 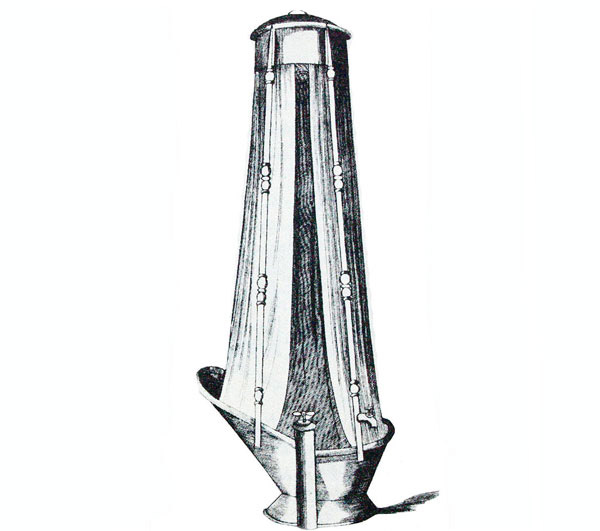