What if a book is made of nothing more than book covers? How valuable is a catalog filled with unexposed polaroids? Does the back of a photograph have most interesting stories to tell than does the front? These are the kind of questions asked at the "First Issue – Self-Publishing Book Fair for Design and Art" which took place this year for the first time parallel to the Frankfurt Book Fair. In keeping with its title "Print Culture: Dead or Alive?" there seemed to be an astoundingly unalloyed accordance prevailing amongst the organizers from Design-Verein Frankfurt, but also among the numerous exhibitors and visitors at the fair; an understanding that ambitious print publications can still be successfully produced and distributed despite competition from apps and e-books (or perhaps precisely for this reason). As is to be read in the opening statement from the edition of the Swiss magazine, Tri, "Tri is a haptic friend in times of virtual friendships," continuing, "Tri could say the word 'fuck', but chooses not to, preferring the expression 'copulate'." We perhaps didn't need to hear this sentiment expressed in such unequivocal terms – but ok, now we know.

Naturally it makes sense that at a self-publishing fair, it is not merely a matter of showcasing publications but also holding interactive workshops, leading stimulating discussions as part of a (sold-out) conference and exhibiting its wares as if it were a gallery. While the throngs of visitors made their way around the bookshelves, in the "fourfiveX" exhibition there was plenty of space to pause for breath and contemplate the risographs hanging there – named after a stencil-printing process developed by Japanese company, Riso. 19 creative minds including Pixelgarten, Alexander Lis and Catrin Sonnabend were brought in to each design an image on one A3 sheet of paper. These images were printed exclusively in blue, whereby the color forms a connecting link between a broad range of motifs, from linear forms to photo strips. For those visitors who had an urge to get creative at the fair, Lorenz Klingebiel and Nicolas Kremershof's mobile workshop, the "Copy Shop" offered an array of opportunities to get designing using a "Minolta CS Pro 4000" copier. In the "Plakatwerkstatt", a poster workshop, conceived by Jan Buchczik, Simon Keckeisen and Timo Lenzen, visitors were invited to experiment with felt-tip pens, stencils and stamps.

There were a number of new highlights among the publications on display waiting to be discovered: One example being the book "Never Odd or Even" by Mariana Castillo Deball, consisting of 30 book covers, which were all decorated by different people. It could be considered thirty books in one; except for the fact that none of the books ever existed. Each cover's theme was left to the personal preference of the "designer". Freed from the parameters of the traditional book, these fanlike covers of varying sizes, one inside another, made for a charming book-object. Another was the catalog, "All I Remember" by Elisabetta Benassi, in which the reverse sides of photographs are shown including notes, stamps, stuck-on pictures and much, much more. On page 281 for example there is a story about dumbbells which are made of Coca-Cola cans filled with cement and were used during the Vietnam war to aid the rehabilitation of war victims. Taking this as her inspiration Elisabetta Benassi also made dumbbells from drinks cans, which were on display together with the book. Sure enough when looking at many of the projects one noticed that – contrary to the fair's name "First Issue" – this was not their first time on display in Frankfurt, but that they had already made their debut in the city in some past exhibition or another. With such an equivocal name, one would have liked to see more genuine new releases and first editions at the fair.

Around the city, a number of events were held in accompaniment to the Frankfurt Book Fair. Prominent examples of course being the exhibition "On the Cutting Edge – Design in Island" in the Museum für Moderne Kunst (Museum for Modern Art) and "Island and Architecture?" in the Deutschen Architekturmuseum (German Museum of Architecture), dedicated to Iceland, the guest country at this year's Book Fair. "First Issue" – whose partners include the Museum für Moderne Kunst – fit in well here. Whether this will stimulate the self-publishing scene is anybody's guess – for the Frankfurt Book Fair itself this fringe voice is certainly an asset. Further editions in coming years have already been announced. 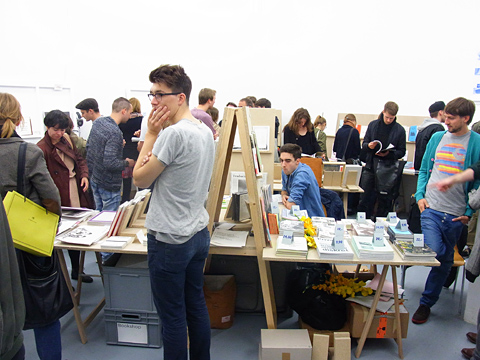 Visitors and exhibitors at „First Issue“ 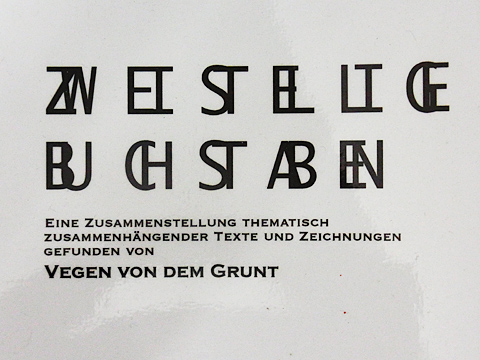 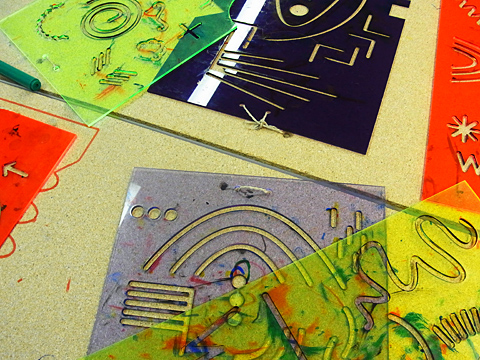 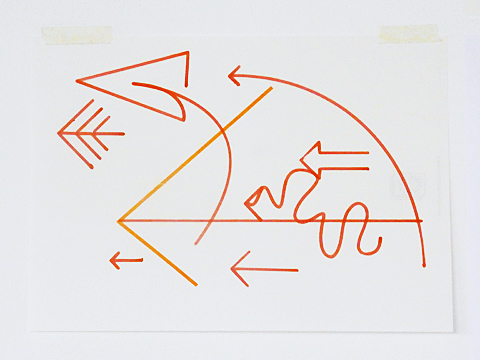 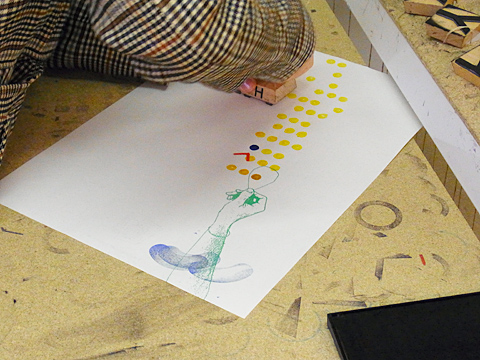 A visitor stamps a poster 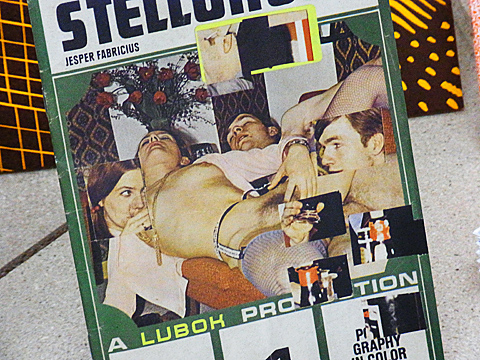 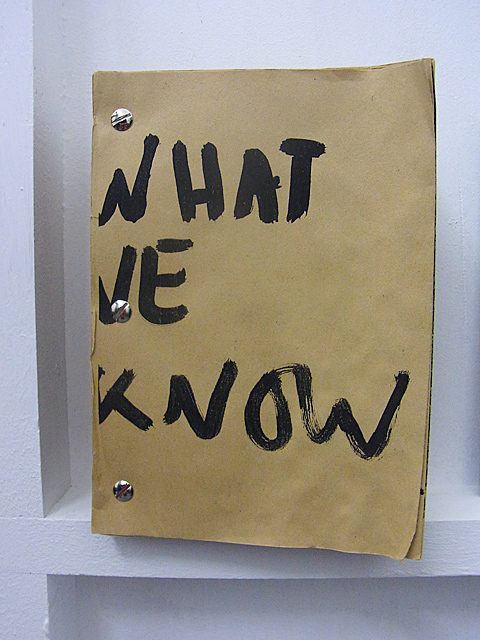 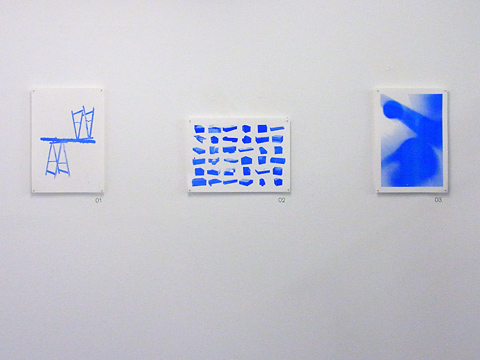 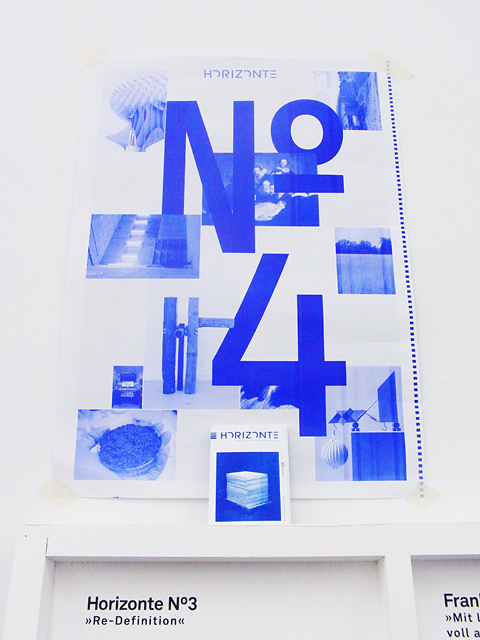 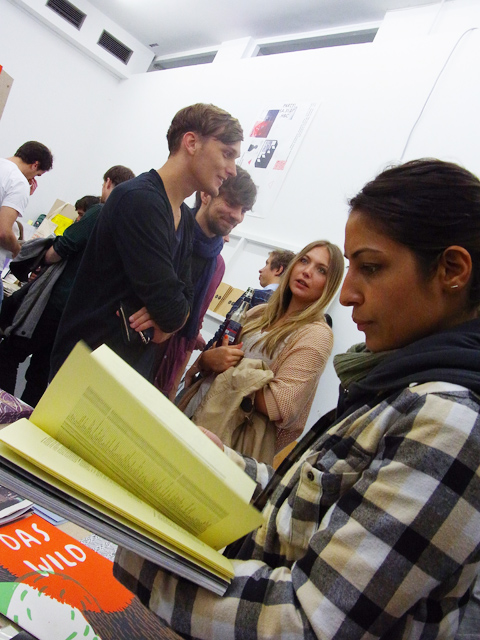 A visitor immerses in a book 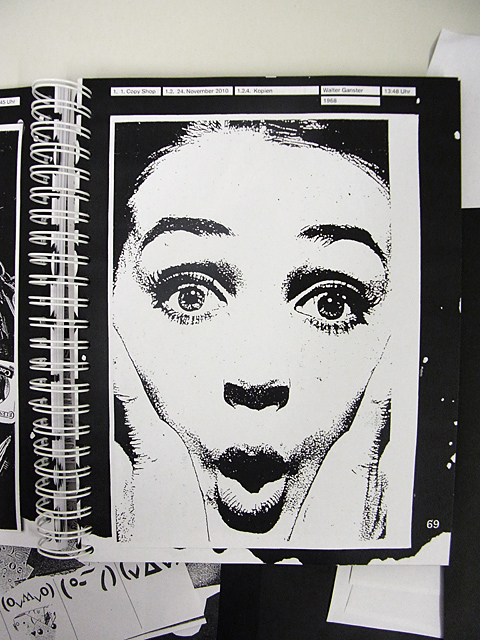 Self-portrait of a visitor in the „Copy Shop“ by Lorenz Klingebiel and Nicolas Kremershof, all photos: Nina Reetzke, Stylepark 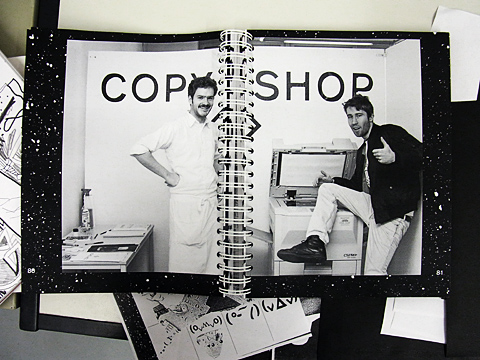 Lorenz Klingebiel with visitor in the „Copy Shop“ 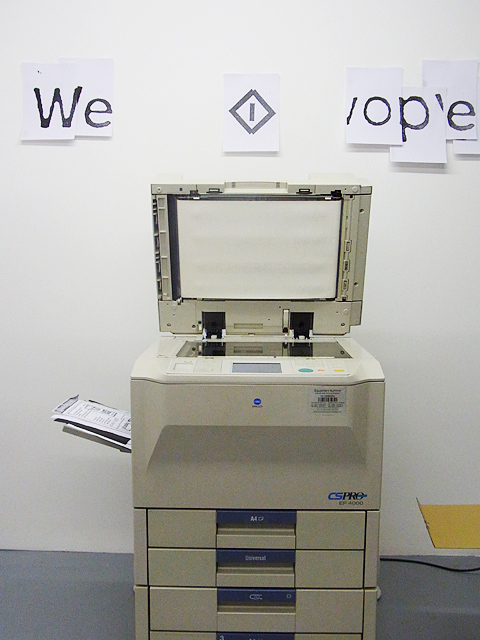 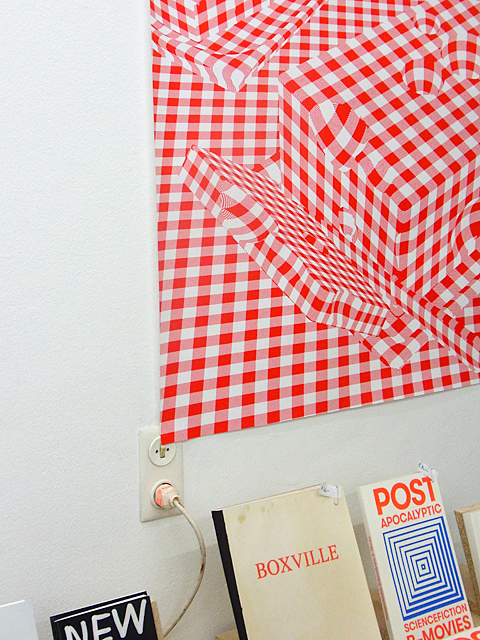 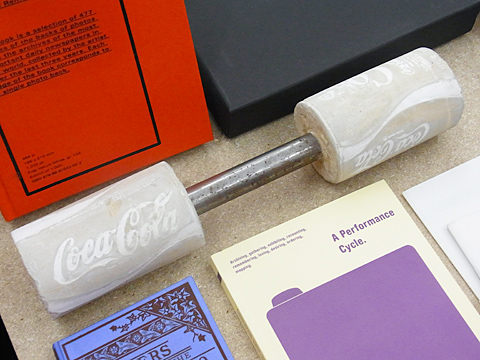 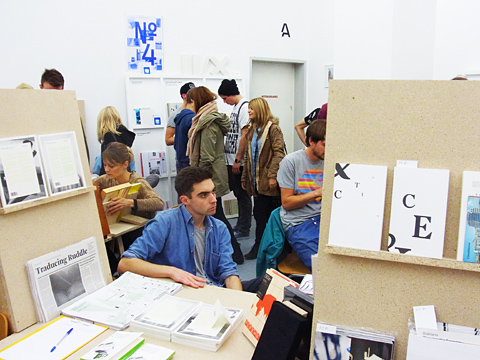 Some exhibitors came from far away, such as Lithuania and Canada 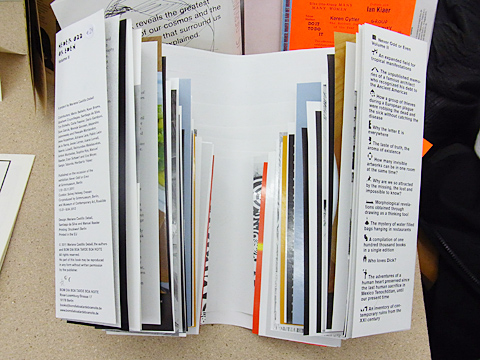 „Never Odd or Even“ by Mariana Castillo Deball 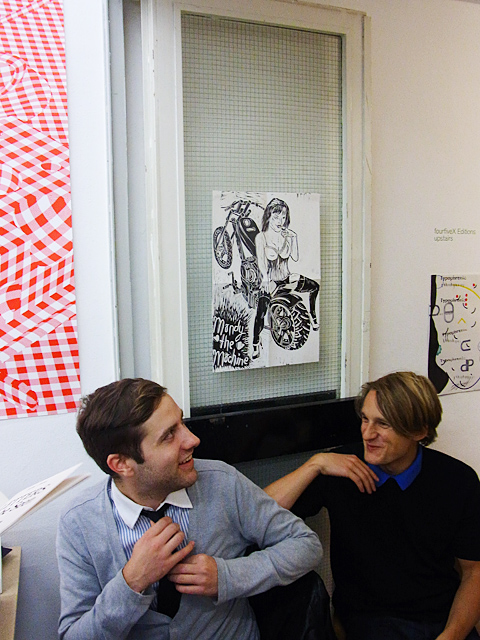 Lady on motor-cycle and two gents 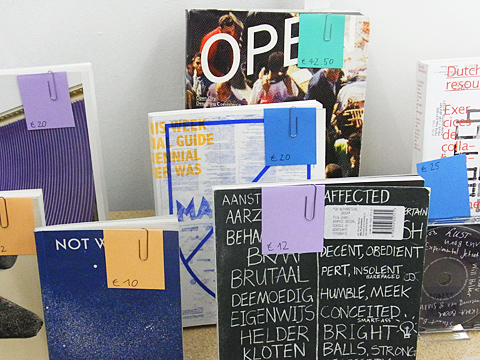 Books, which please, can be bought at once 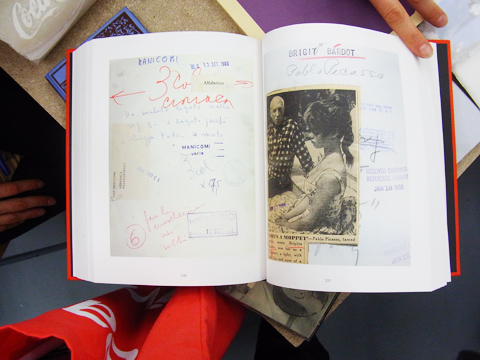