Nothing could be further from Hussein Chalayan's thoughts than fixing a certain state. Whether in animated film, video or on the runway, he parades for all to see the notion that everything is inherently changeable, be it the position of the body in a given space, the length of a skirt or shirt or the border between interior decoration and the outer shell of a building. At present, he is animating museum visitors. If they follow the letters laid out as bait by the British fashion designer of Turkish Cypriot origin at the Istanbul Museum of Modern Art, they increasingly gain access, display case by display case, to the world of Chalayan's ideas. A is a brown, crumpled garment that Chalayan buried in the ground on graduating from London's Central St. Martins College of Art and Design in 1993 and did not dig up until months later. That such a design process incorporates birth and death, as well as alluding to burial rituals, exhumations and the act of painting, did not go unnoticed in fashion circles. The interest aroused by the clay-flecked garment Temporary Interference, which exchanged the innocence of pure white silk for an unmistakable identity born of color, form and historicity, was so great that in 1994 Chalayan decided to establish his own label.

Which brings us to C. Made from the distinctive thin paper used for airmail and featuring all the necessary instructions for cutting, sewing and folding, Airmail Dress (1999) spreads fashion's message, namely, that everything depends on the design. On top of all that, Airmail Dress can easily and effortlessly posted, shortened, lengthened or stowed away in the smallest of handbags - and is thus the answer, in paper form, to the pressing demands on clothing posed by modern, nomadic lifestyles. F marks a turning point in Chalayan's creative work. His 2000 fashion show After Words brought him international renown. A documentary enables museum visitors to share in the euphoria, which found expression in cries of joy when a model climbed onto a coffee table, pulling lightly on an appliance, thus unfolding a hooped skirt round her like an accordion, which stretched from her hips down to her ankles. That which has been repeatedly described in cultural theory became at once a staged action and an image. The woman, the garment and the interior fused into one.

Chalayan relates the history of fashion in one hundred and eleven chapters headed by the letter R. In the summer of 2007 he had designs by Coco Chanel, André Courrèges, Mary Quant, Paco Rabanne, Yohji Yamamoto and Vivienne Westwood re-created at a fast pace, but also never forgot to mention the influences that wars, resettlements, changing work conditions and immersion in foreign cultures have on fashion in general. One Hundred and Eleven culminates in a celebration of new technologies, from which our generation hopes to gain both knowledge and redemption. The video, in turn, does not just document models' steps on the runway, but also the sudden eruption of applause when, as if by magic, skirt seams are pulled up, shirtsleeves are gathered, collars turned down and hats are tightened.

Some people call him the philosopher among fashion designers, because he does not shy away from incorporating into his work elements of either Ludwig Wittgenstein's language games or the plays of Samuel Beckett. Chalayan himself prefers the term ‘artist'. Elements reminiscent of Laszlo Moholy-Nagy's Light Space Modulator or Oskar Schlemmer's Triadic Ballet seem to prove him right. But does that really capture what he does? Chalayan works for Puma as a Creative Director and on his own creations as a fashion designer. He knows about the power of body politics, countering with the persuasive power of performance. He works both alone and as part of a team, with people and media. His creative spectrum ranges from concepts of mobility - in the film one women glides from London to Istanbul in an egg cell called Spacemobile - to excursions into the sphere of Pop culture. Björk, for example, wore his Airmail Clothes whilst shooting for her album Post Cover.

So what do you call someone to whom nothing seems alien? Someone who can repeatedly disassemble the culture industry's components and put them together afresh? Someone who detects the individual in a temporary constellation of stereotypes? Someone who knows the value of leaving sentences hanging mid-air so that other people can complete them? Chalayan, born in 1970 in Nicosia, named one collection Ambimorphous that features such diverse designs that among the elements of Turkish and Greek attire the "little black dress" appeared, the uniform of Western intellectuals. Ambimorphous could thus also be used to describe his approach, his thought patterns. Nothing is unchangeable, nothing homogenous, nothing complete. Cultural transformation never ceases. Borne by the imagination and inventions of artists, fashion designers, authors and engineers, but also by product conditions, traditions and customs. You search in vain for a Z at the exhibition - which was curated by Donna Loveday and, following stations at the Design Museum London and the Tokyo Museum of Contemporary Art, can now be viewed in Istanbul. The show encompasses the letters A to Y. Indeed, Z does not feature in Chalayan's name either. Open-ended. All the better. 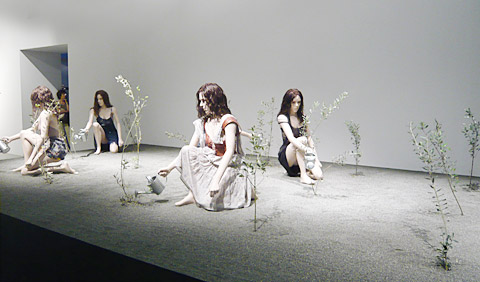 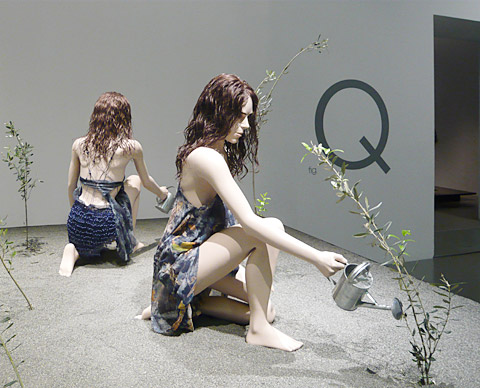 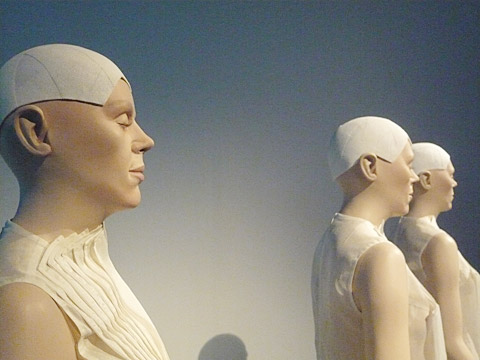 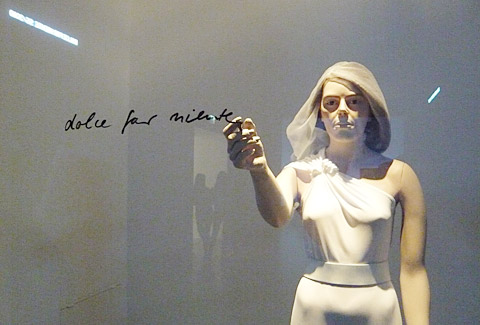 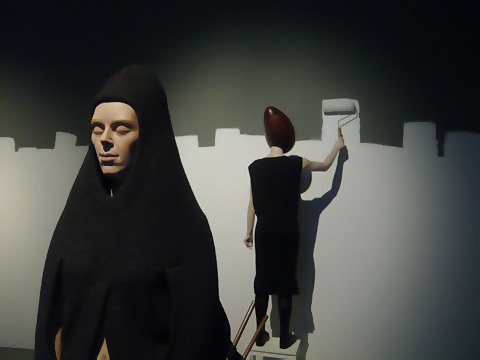 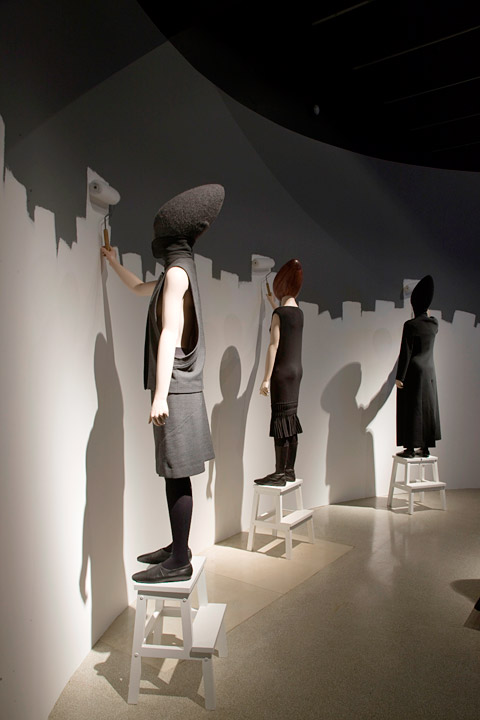 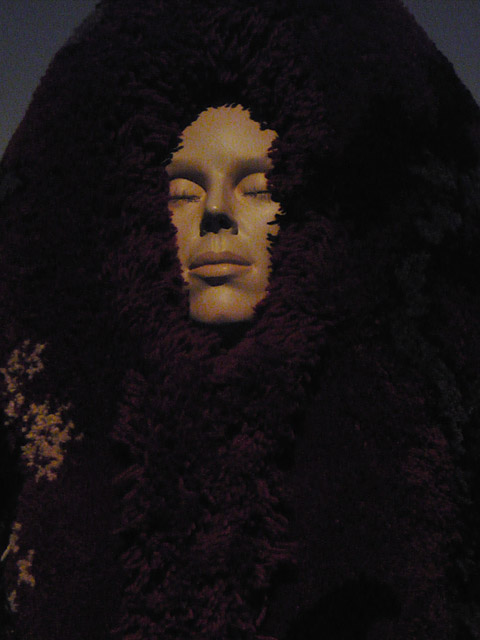 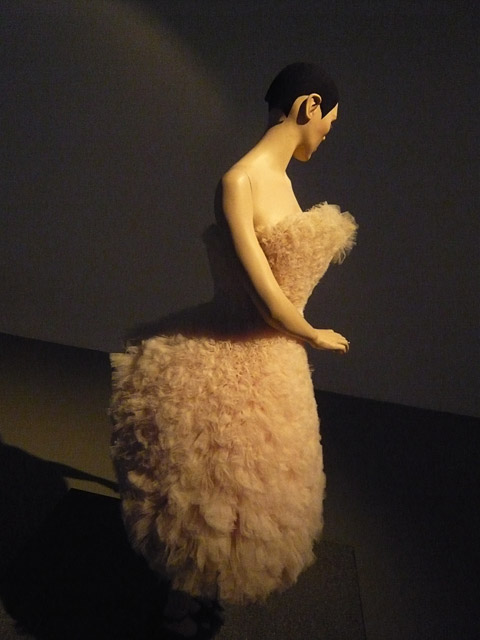 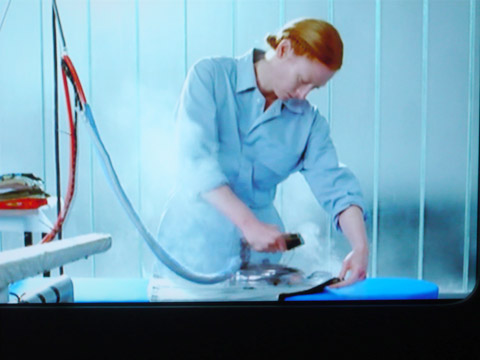 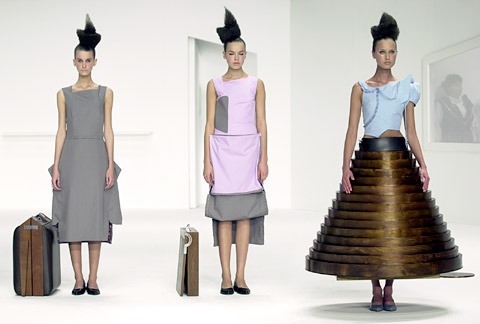 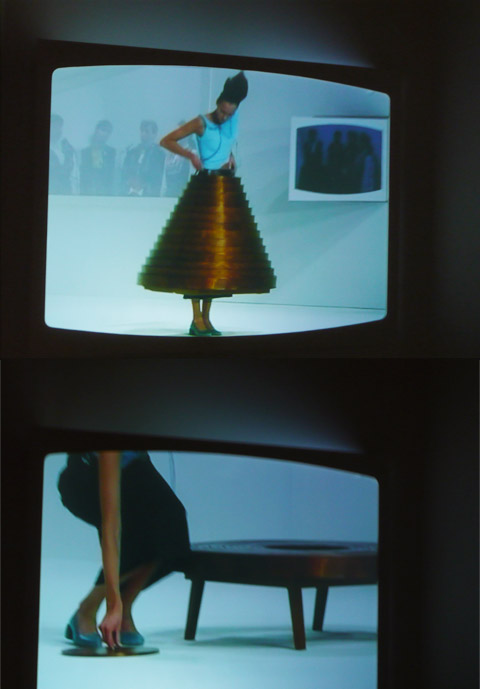 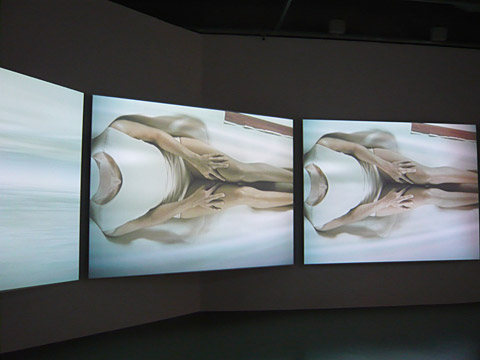 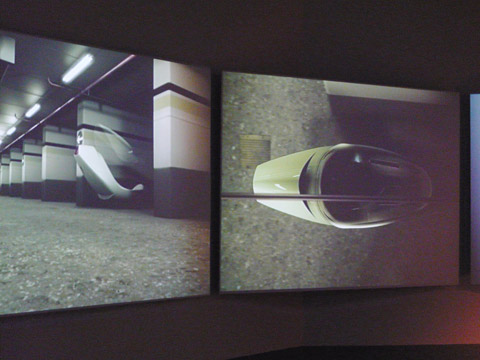 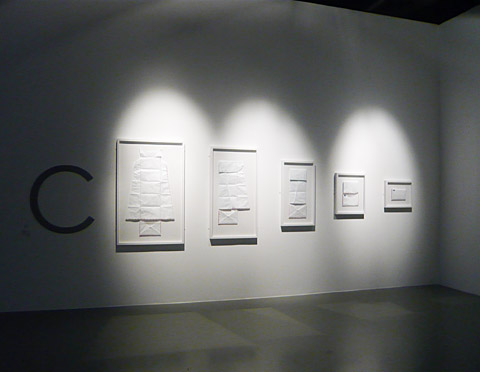 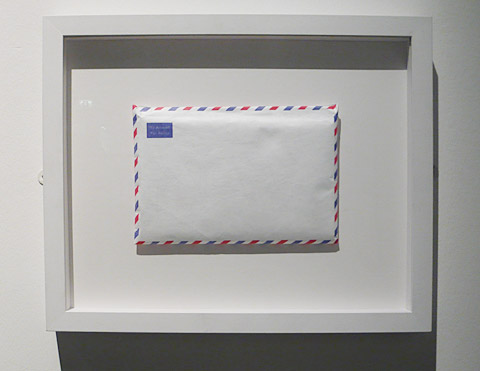 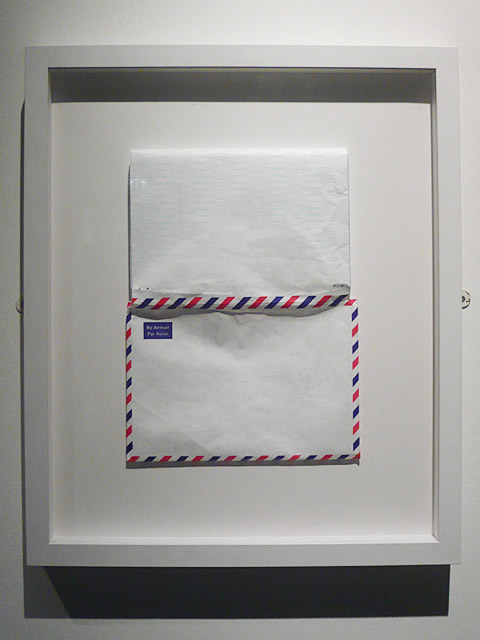 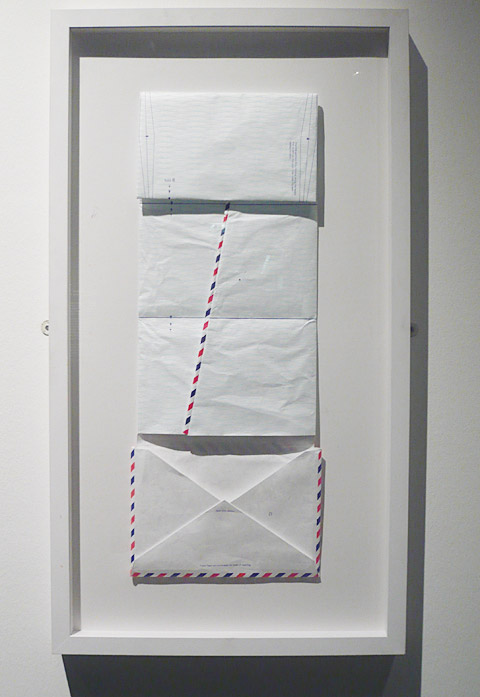 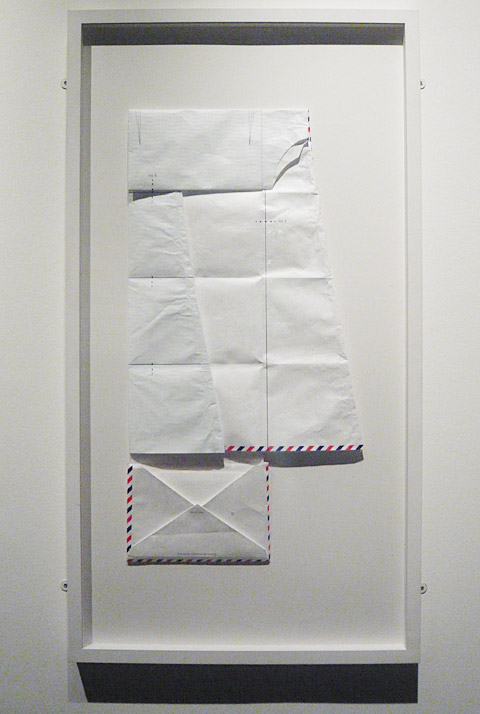 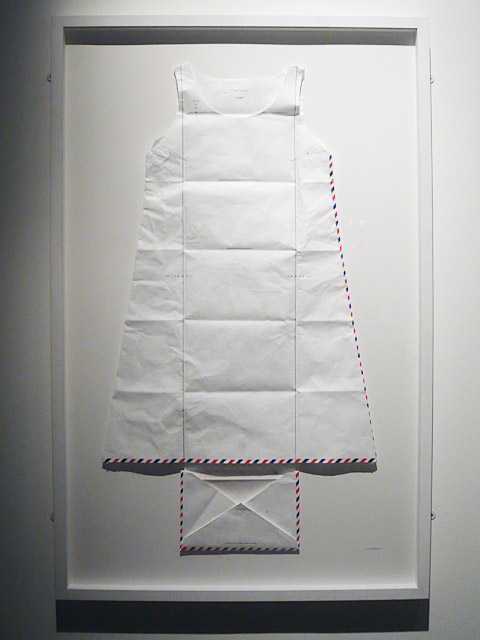 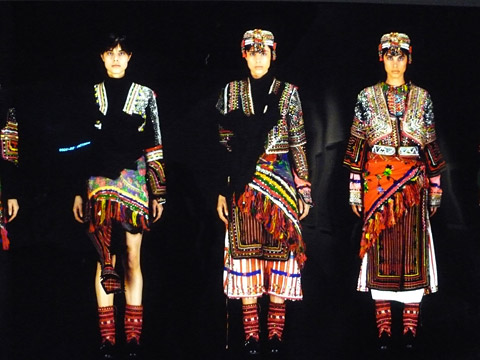 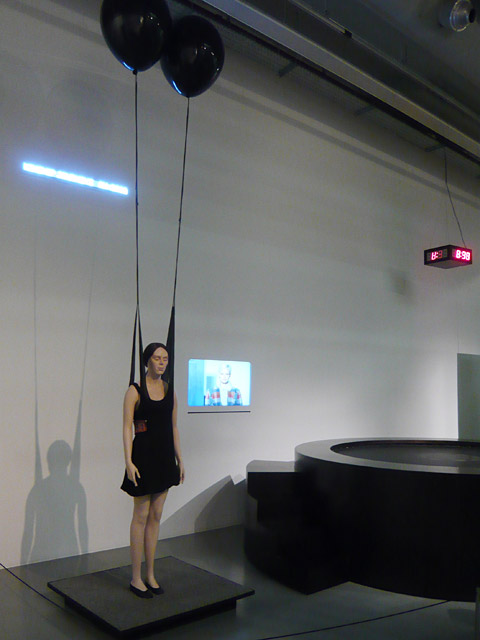 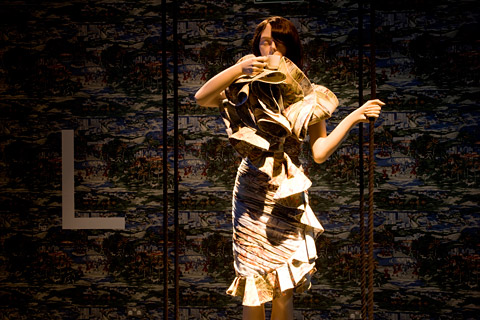 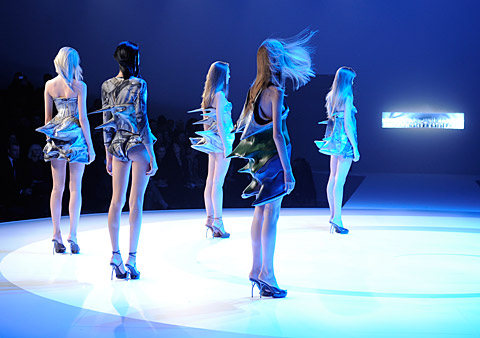 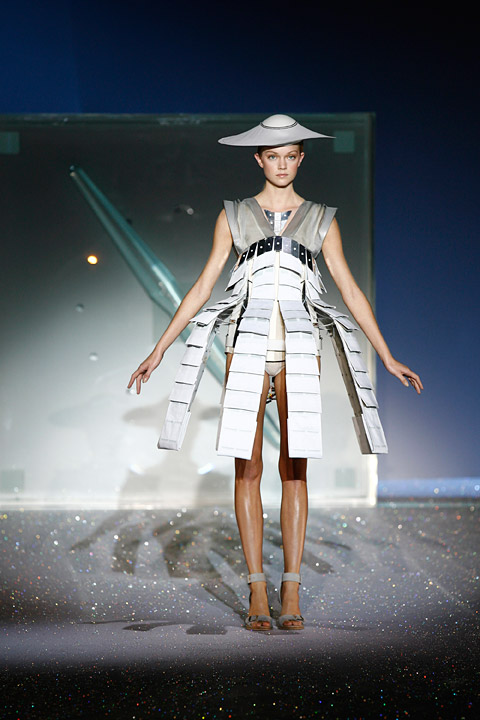 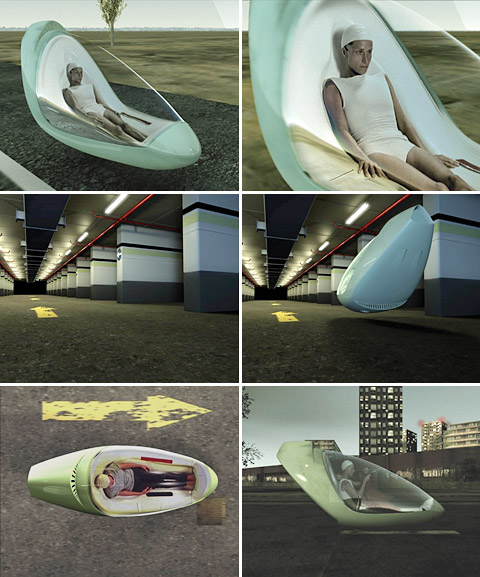 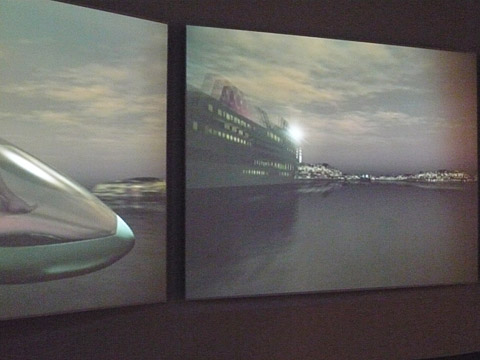