top
From our stone-age ancestors to office nomads
by Milenka Thomas | Nov 21, 2012

They were omnipresent at this year’s Orgatec in Cologne: work booths, as in large and small, colorful cabins or partitions that transform individual workstations into sheltered cocoons. And Bene was no different; their stand also boasted a selection of these “cabins” including the “Parcs” and “Docklands” collections that were masterminded by designers Tom Lloyd and Luke Pearson, the two halves of British design duo PearsonLloyd. The collections may have been around since 2010 but this year there were a few new, and indeed useful, additions. As a result, Bene now offers an extensive range of work booths in various shape and sizes, some with an integrated seating group, some with modern technological features, or in the form of a sofa that with its head-high “blinkers” could even be a match for the traditional wingback chair.

That said, will the office of the future be a space fitted with new furniture typologies that promote the concept of “open offices” and encourage a free choice of workstation? Will we all soon be working in carefully planned office landscapes that divide up the workplace into distinctive thematic and functional zones like a little city? If Tom Lloyd has anything to do with it, the answer would be a definite “yes”: “However, in our opinion, many companies are still stuck in the mindset that people can only work well while sitting at a desk. Enlightenment, realism and progressive thinking are required to recognize that even someone sitting on a sofa can create added value for a company.”

Now, PearsonLloyd has released a comic, presented here in the form of a GIF animation, which takes a humorous approach to clarifying the questions “How?” and “Why?” How can I be more productive if I’m not sitting at the same set workstation day in, day out? And why do small working islands dotted around the office enhance communication and interaction as well as the overall working atmosphere?

This much can be said: In search of an answer, this short film looks back to the way our stone age ancestors once worked, and how they gradually (taking a fair few irksome detours along the way) developed into modern and above all happy office nomads. But here, take a look for yourself! 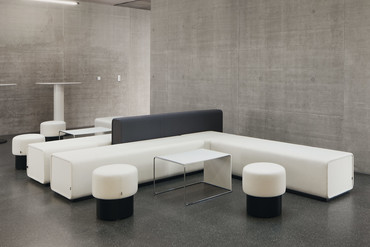 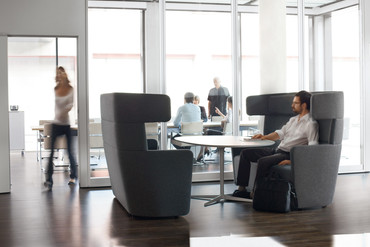 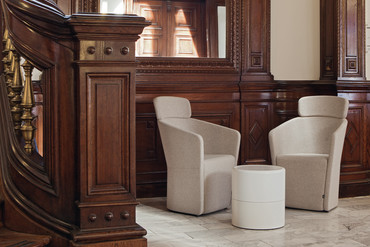 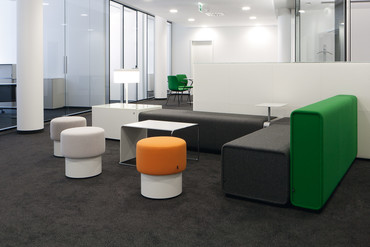 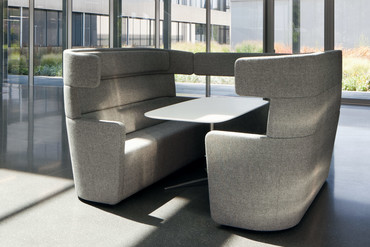 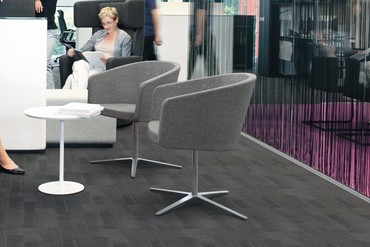