He has six legs and barks fire. Whether the design for the world-famous company logo took its cue from Cerberus, who guards the gates of hell, is something no one now knows for sure. The competition for logo designs was held in 1952 and after 14 long meetings the dog was named winner, but it was another 30 years before it became known that while graphic designer Giuseppe Guzzi had submitted and worked up the design, it was actually created by sculptor Luigi Broggini. Only after his death did his role become known, when his last will became known. Officially, at any rate, the six legs are read as the sum of the four wheels of a car and the two legs of a person - to convey the idea of supernatural forces.

Parallel to the development of the logo Enrico Mattei, CEO of Eni, the parent company of Agip, had a prototype for a standardized gas station designed. All the different types of gas station, from the small kiosk downtown to the massive interstate gas stations with their own restaurants, are all based on the same parameters: The architecture with the dynamic flying roof that curves upwards make it clear from afar that you are heading for an Agip gas station. This unmistakable profile ensured that the gas stations became a striking architectural brand in their own right.

Architecture
City of the Future
Mobility 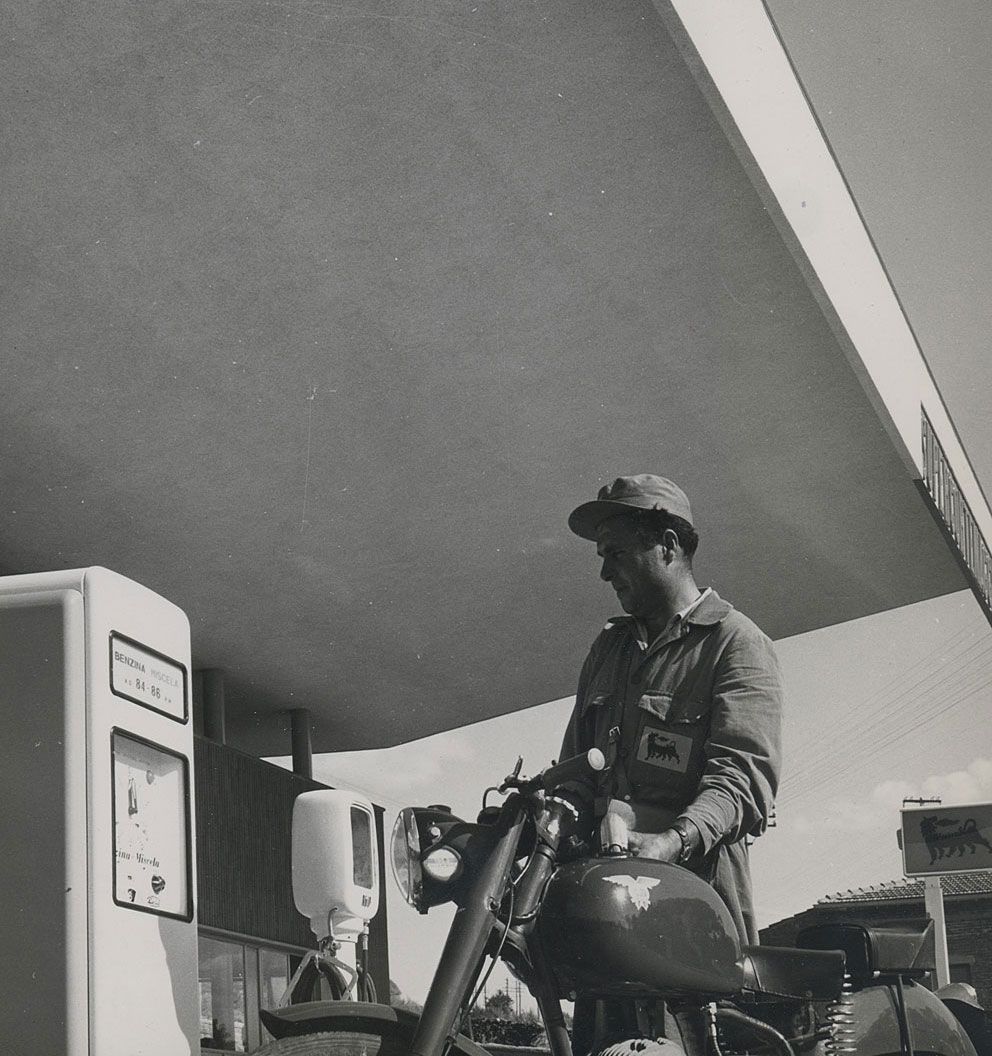 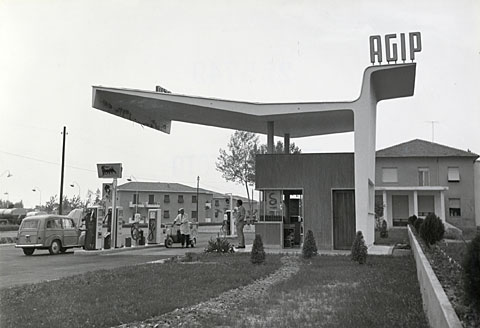 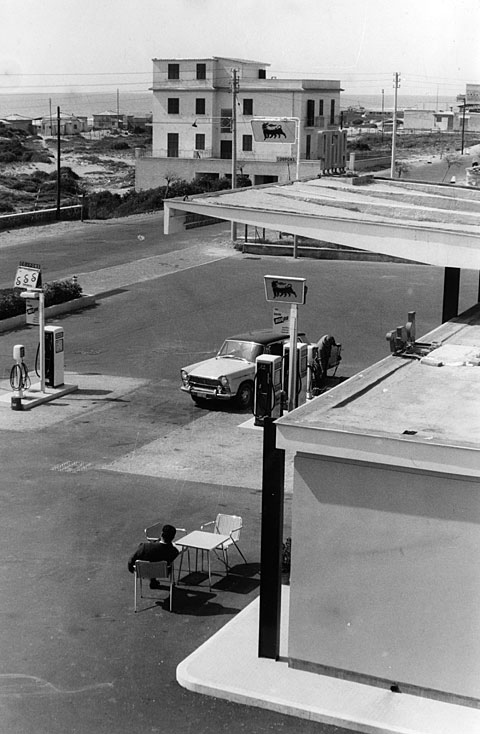 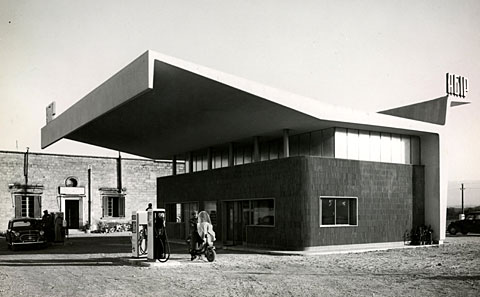 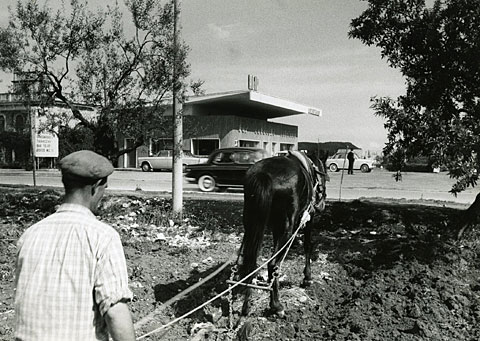 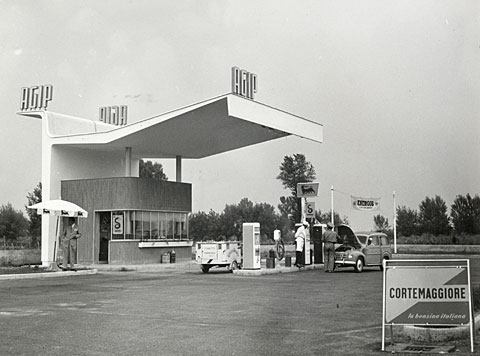 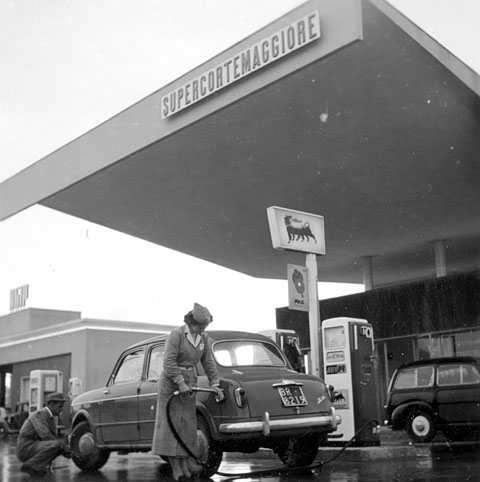 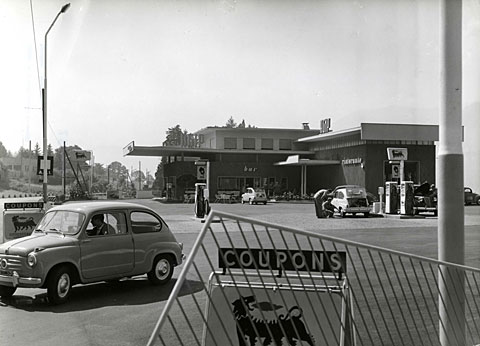