In 1970, the world was still in order at the Cologne Furniture Fair. The "design tone" was set in the city on the Rhine, where the key new designs and innovative installations were presented. Neither Milan nor other troublemakers were then on the horizon - yet today they are threatening to relieve Cologne of the top spot on the design market, or have long since done so. There were still real visions back than, the Danish designer Verner Panton, who was then already at the zenith of his creative phase, presenting one of them in 1970 with his show "Visiona II", conceived for Bayer AG.

Verner Panton, born in 1926 in Gamtofte in Denmark, was one of the busiest and most unusual furniture and interior designers of his time and the entire last century. After completing his studies and a brief period of training in Arne Jacobsen's studio, he left Denmark in 1952 and traveled through Europe with a VW bus. In 1963, he settled in Basle and a short time later started collaborating with furniture manufacturer Vitra, initially on the Panton Chair, now a long-time classic, the first and still today the most famous chair formed from one single piece of plastic. Throughout his life, Panton was a real revolutionary, who created daring and playful designs which entailed the merging of functions and spatial units. He came particularly close to this goal with his "Visiona" installation in Cologne in 1970. In the cavern-like room, the difference between areas to sit and areas to relax, between above and below, between the floor, wall and ceiling was hardly recognizable. For this installation, Panton designed objects including the lounge furniture Amoebe, which embodies the cheeky and happy zeitgeist of the early 1970s like hardly any other. The backrest of the "Amoebe Highback" is sculpturally drawn up over the head and thus gives a feeling of withdrawal and seclusion which is once again extremely significant in today's stressful daily life. Thus in 1970, the Amoebe really did have visionary character. And the current re-edition proves that the Cologne Furniture Fair can still live on such visions. 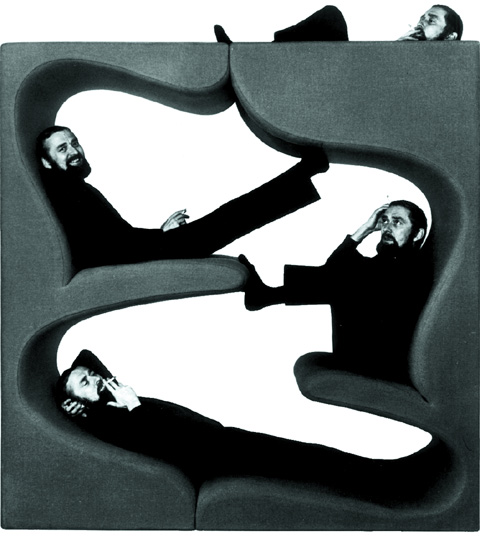 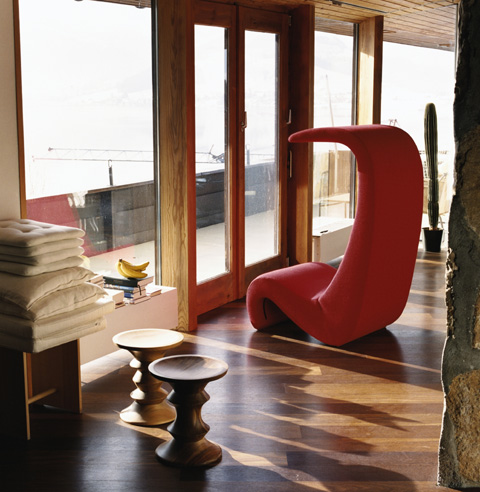 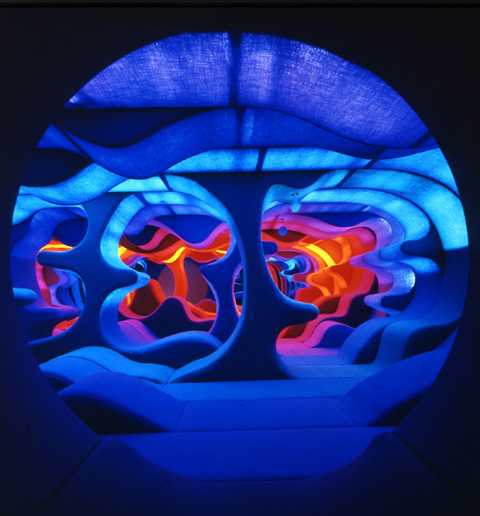