top
Fundstücke: Up a mountain in the early morning...
von Sandra Hofmeister | Oct 13, 2008

The Alps' critics consider the mountains a boring province. Away from the big cities, in which Europe lives out its ephemeral trends, as a rule the mountains do not offer flashy scenes, hardly any eccentric events and little economic power. Despite this and precisely because of it, combinations can develop there which also lead to astounding results, especially when they involve design. The recently published book "New Alpine Architecture", edited by the Bolzano-based architect Christoph Mayr Fingerle, provides a superb overview of one of these phenomena. It is about architecture in the Alps, or to be more precise, the projects which were awarded the prestigious Architecture Prize of the Sexten Kultur/Sesto Cultura initiative in 2006.

The architectural overview is organized according to different building typologies, from the bathhouse to the supermarket and from bridge constructions to industrial buildings. Individual projects are documented with text, photos and drawings in three languages - German, Italian and English. The architects include many big names such as Peter Zumthor and Valerio Olgiati. And in addition the book presents a wealth of exciting discoveries which all of us would like nothing more than to see straight away on a big journey through the Alps.

More than 419 projects were entered for the prize, according to the jury's notes, which preface the collection of architectural works. The Architecture Prize has evolved into an important seal of quality, which, thanks to its critical jury and the brilliant publication designed by the Munich-based graphic artist Bernd Kuchenbeiser, seeks its equals. Even the title of the powerful, cloth-bound book is unusual. A sketch is embossed onto the cover with a silhouetted foot and head. It is an unusual organizational chart for a supermarket, a kind of shopping list, which the Innsbruck-based architect Rainer Köberl drew up as the floor plan study for his "M-Preis" building in Wenns, Austria. "Fruit, vegetables" are there, followed by "biscuits and chocolate". Architecture in the Alps can make you hungry. Just like this book, which makes its readers ask for more.

Seconds come - in terms of the sleeve design - in the form of a red banderole. On glossy paper, the lettering of the title and editor and publisher information drift across the embossed cloth. An unusual principle which is just as self-confident and unconventional as some of the surprises contained within the book. 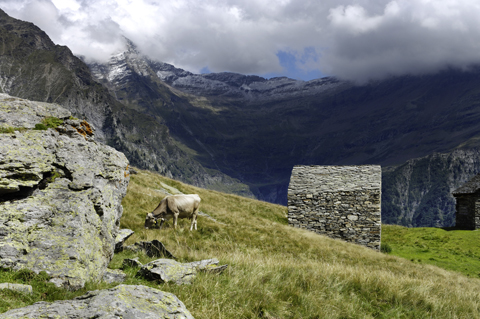 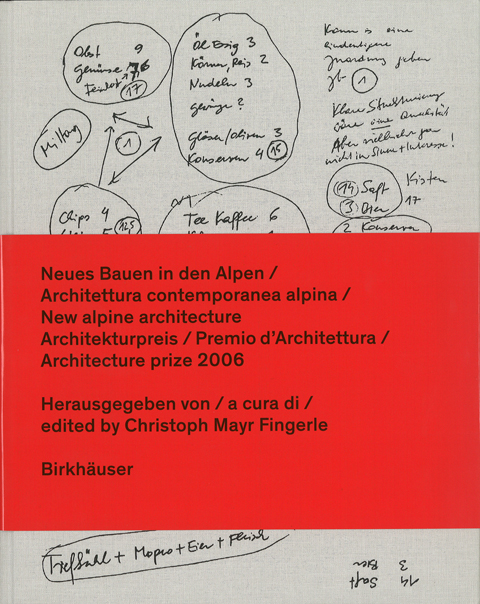 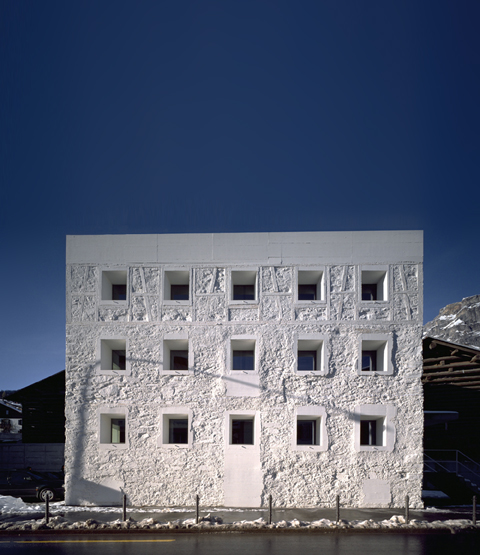 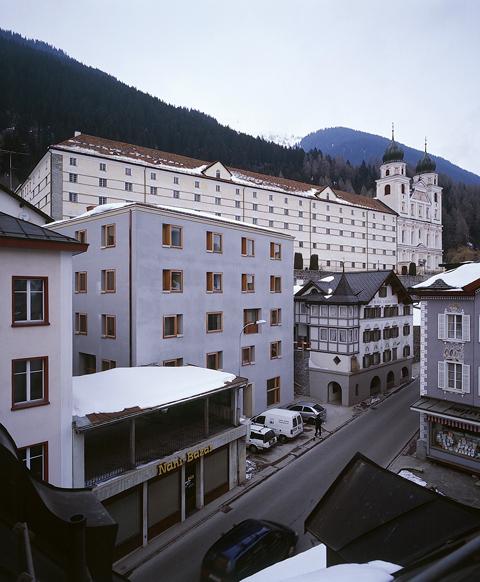 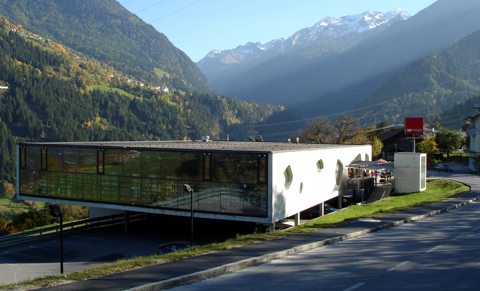