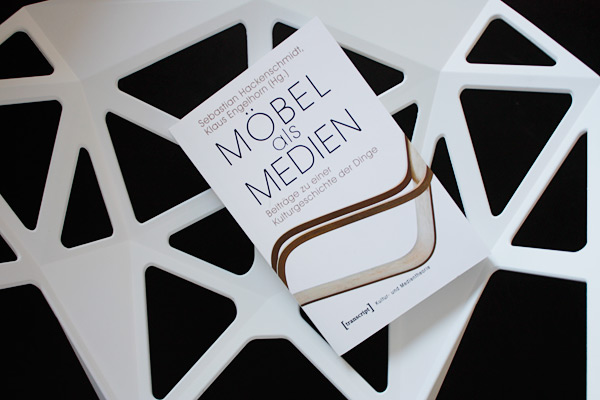 A view that has long since been addressed in design theory and goes by the name of "product semantics" has now found its way into media- and cultural theory. The belief is that, beyond their functional or technical qualities, designed objects also act as media conveying symbolic orders and as agents of communicative processes. In this view furniture consists not of lifeless items that merely serve as practical, everyday equipment, but rather the objects are part of a material culture that interacts with human individuals and social positions. "Möbel als Medien. Beiträge zu einer Kulturgeschichte der Dinge" (Furniture as media. Essays on a cultural history of objects), edited by Sebastian Hackenschmidt and Klaus Engelhorn, supports this theory with a collection of 18 texts from various disciplinary contexts. The essays are based on philosophical, anthropological, art-historical, sociological, literary or psychological considerations. Although none of the texts specifically deals with design theory as such, design-theoretical premises can be applied in interpreting more or less all the essays.

The editors borrow from media theorist Marshall McLuhan the term that is intended to provide a thematic link to the analysis of furniture . It was also McLuhan who voiced the pragmatic notion that the medium is the message – meaning that its form and function shape it. Using this reading, the authors examine tables, chairs, beds, chests and cabinets as to their role as mediators and conveyors of communicative facts beyond their functional role as everyday objects. In other words, the contributors do not focus on formal or stylistic interpretations of the furniture but on those aspects that result from their practical use or the respective context in which they are used. This results in an approach to everyday things that accords them an immense cultural significance. For Vilém Flusser, whose essay about the bed as the crux of human life and death features in the book, things also represent the conditions for our physical and social life.

But how exactly do objects express conditions? And what messages can items of furniture convey if we claim they can be read as media? This publication provides a broad range of case studies to illuminate these questions. For instance, regarding the media value of the ruler's throne, it is explained how ruler and throne form a joint iconic medium, which both embodies and justifies their sovereignty. We find a similar interpretation for the strictly codified and ritualized use of seating at court, whereby furniture expresses the nature of courtly power structures. However, not only chairs bear significance in terms of media, but also chests, cabinets and tables. For example, in the Renaissance richly adorned Italian wedding trunks represented a material part of the family history and served to communicate social values, expectations and norms. In the 18th century cabinets for pantries as collectors' items structured and supported nascent ideas of an accumulative scientific system of classification.

Equally illuminating are the examples in which desks are considered as the precondition and instrument for writing and in which Mark Kingwell describes furniture as veritable "machines for thinking". Extending the examination from individual items of furniture to the furnishing of entire rooms reveals the boss's office to be a place of professional self-presentation and hierarchy, expressed by the choice of furniture, its arrangement and interior design. Similarly, the manner in which therapeutic interiors are outfitted also produces communicative effects with respect to specific aesthetic, medical and social norms and orders.

Overall, the publication does not aspire to be a reference book on the topic, but rather sees itself as something to be read for pleasure. Essays that in some instances were previously published in other contexts have been combined for the first time in this book, some edited or translated into German. The texts are introduced by a media-theoretical essay on furniture by Walter Seitter, in which table, chair and bed are defined as "media instruments", which are presented and communicated in a specific manner. This essay can be seen as a uniting theoretical foundation for all the other essays. Without a doubt the book's strength lies in the specific case studies, which permit the media dimension of furniture as a component of a cultural history of objects to unfold in all its diversity and complexity. 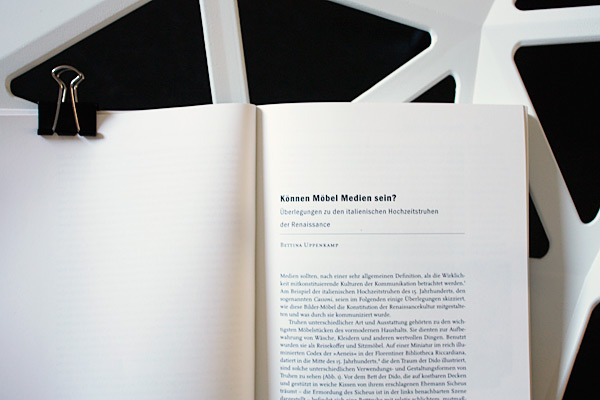 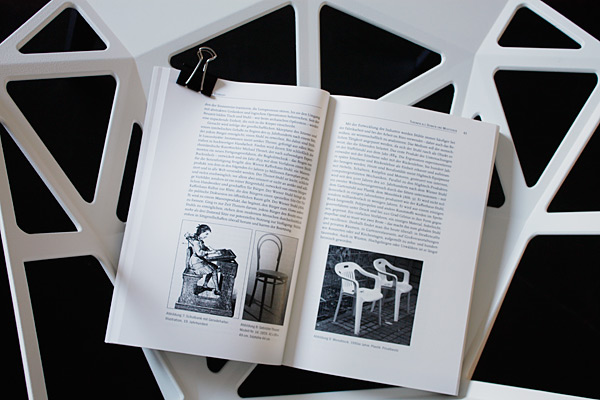 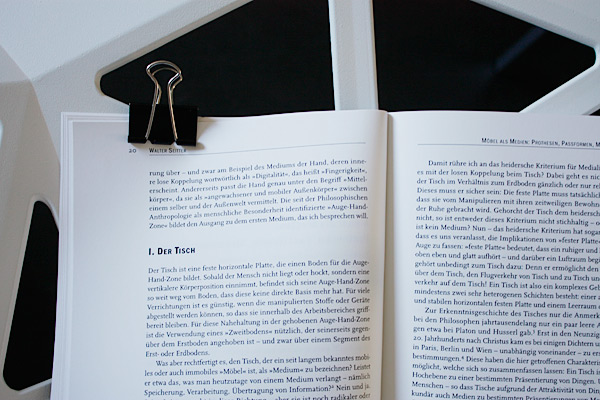 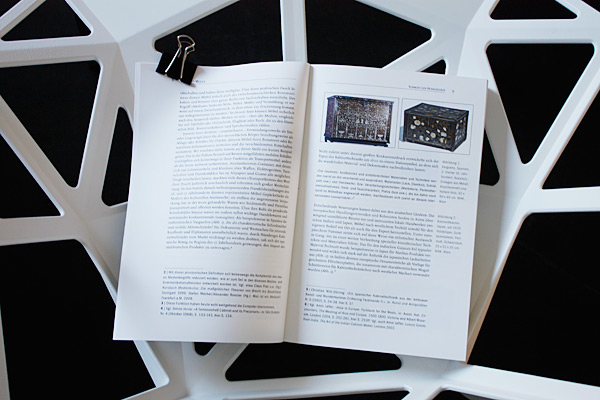 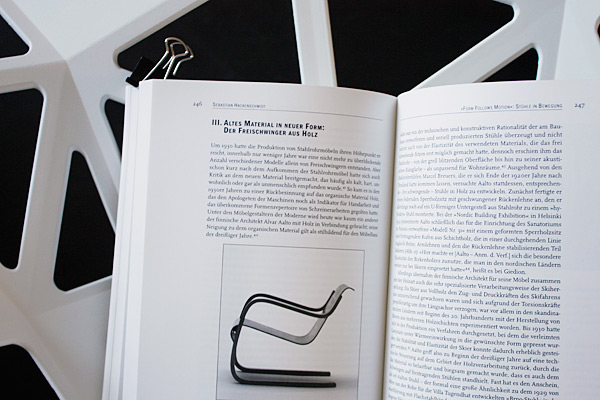 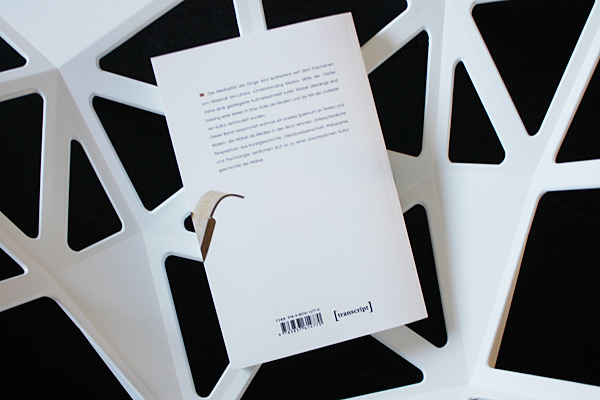