LIVING KITCHEN 2019
Green, but not behind the ears

Alfredo Häberli’s vision of a "Future Kitchen" at the Living Kitchen trade fair reflects intelligently on what is essential – and what is not.
by Fabian Peters | 1/15/2019

A lush green is the prevailing color of Alfredo Häberli’s “Future Kitchen,” which is the main attraction at this year’s “Living Kitchen” trade fair. The name is deceptive – Häberli has conjured up far more than a kitchen; “Future House” would be a far more accurate epithet. The green structure resembles a small bungalow – with a large open-plan kitchen that flows into the living room, a bathroom and a bedroom. None of this is designed down to the details, but described cursorily with the green lightweight structure and a few items of furnishing. Here, green stands of course initially for the “Living Kitchen” and its guiding color. Green also stands for the fairly radical ecological approach Häberli takes. And, finally, green also refers to the “Green Boxes” – the method used to project the storm onto the wall behind the weather reporter on your TV.

The kitchen may seem spartan at first sight, but is of course brimming with futurist technology – albeit only virtually. Häberli’s visions and ideas for the household appliances of tomorrow can be viewed if you first download an app and then scan the QR codes spread round the kitchen. They then pop up in the right place – on your smartphone or tablet PC.

Häberli’s kitchen, which, as mentioned, is actually a house, is imbued with an interesting dualism that is perfectly expressed in the mixture of thrift as regards the architectural frame and elaborate computer technology. On the one hand, the designer has invented appliances and facilities that offer clearly discernible added value compared to the things on offer today, including greater comfort. On the other, with his design he calls for conscious self-limitation – indeed, for the user to forgo things. Häberli’s vision is intended, for example, to source its own water independently. Rain, or so his idea, is captured on the roof, more or less purified (depending on the intended use) and then consumed in the house, to the extent that it is available. Häberli remembers that in his childhood water was a scarce resource. “My grandmother still collected water in a cistern and when my sister’s hair was washed it was a real highlight. Water was simply something precious.”

That said, some of Häberli’s other technological visions seek to spare resources and ensure sustainability. Such as his transparent refrigerator that no longer needs to be opened for you to check what’s inside; the waste heat it generates can be used to warm plates. Other features, such as his ingenious cutting board with its opening through which chopped food can be fed straight into the pot below, intimate just how passionate a hobby cook Alfredo Häberli is. Everyone will want to buy it immediately, just as they will be lured by the blender that comes with a complete collection of refined glass table-ready vessels so that you don’t need to wash the whole unit after each use.

By way of variety, one detail is not in green, but highly decorative, and Häberli places it at the feet of visitors to his “Future Kitchen”: The beautiful tiles from the kilns of Petersen Tegl in Denmark are used to great effect to structure the different zones in his temporary house. 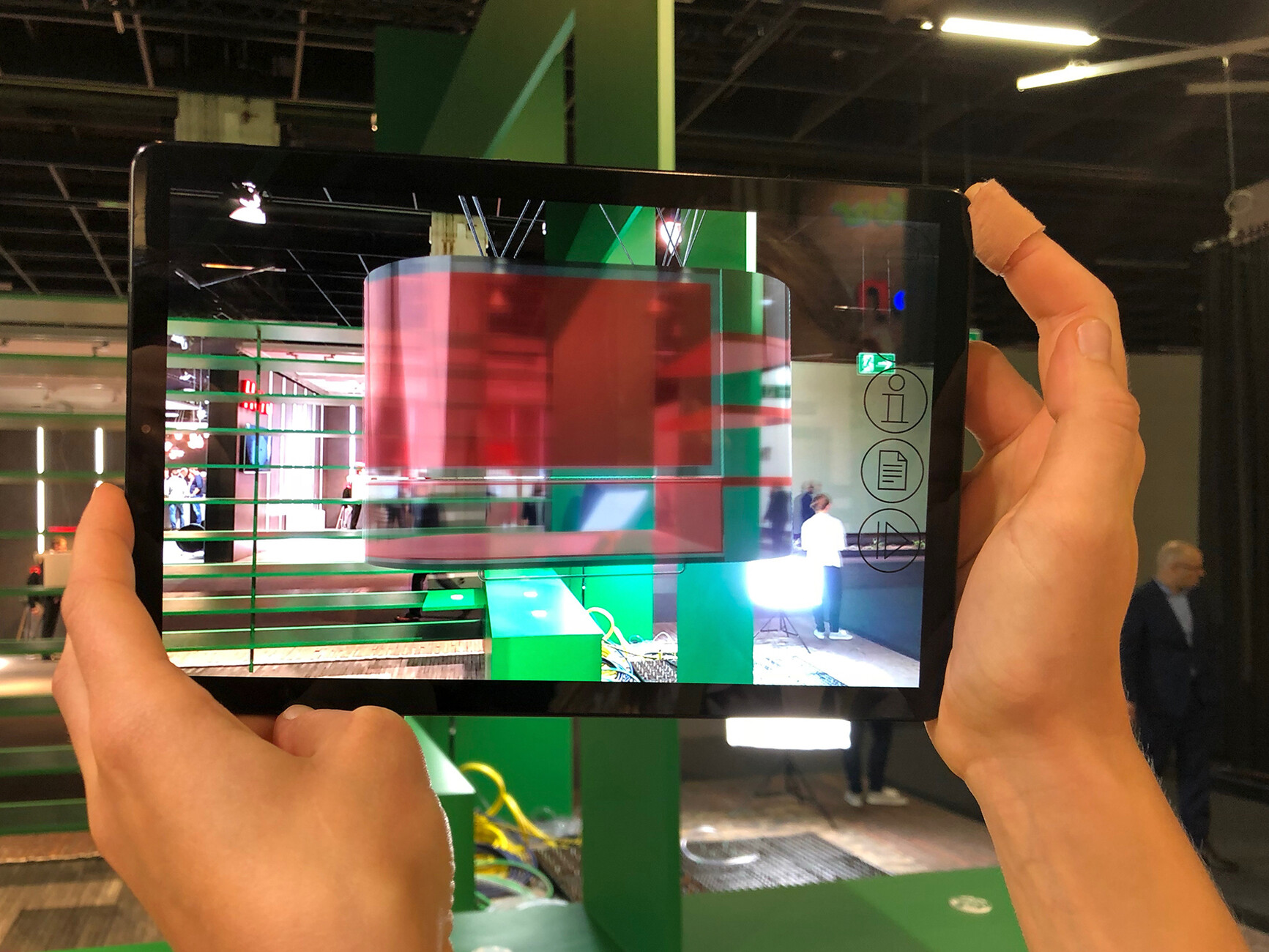 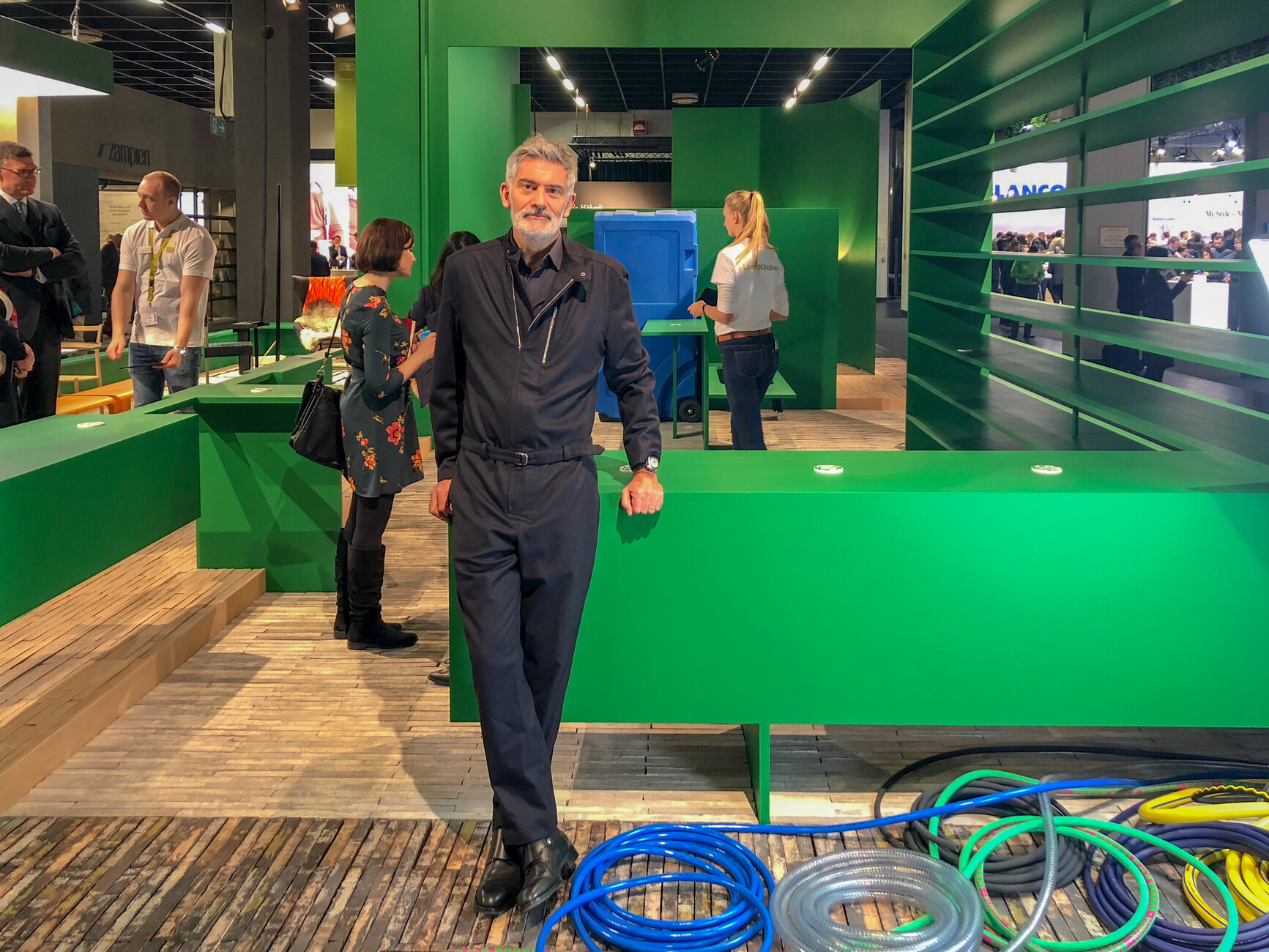 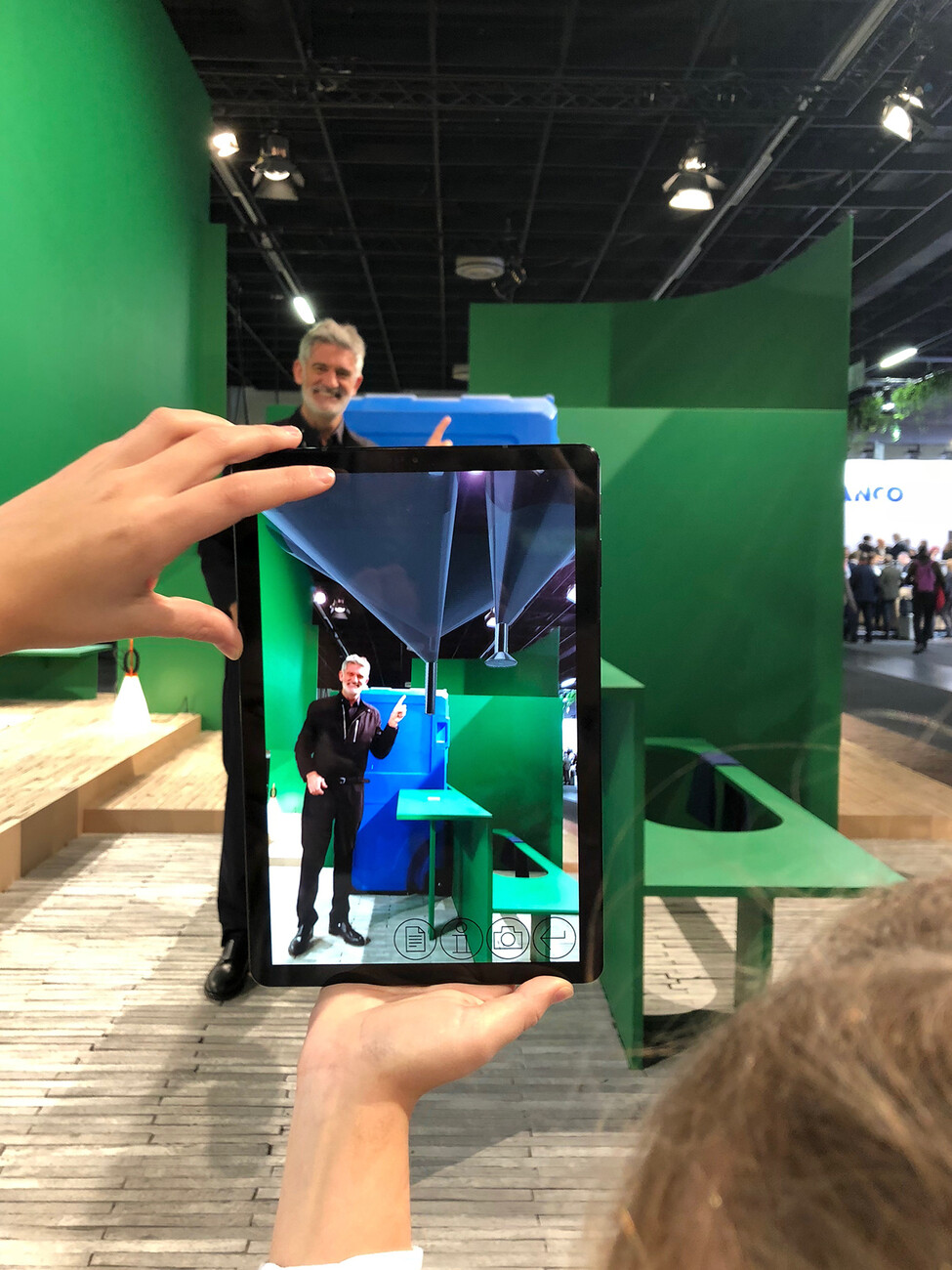 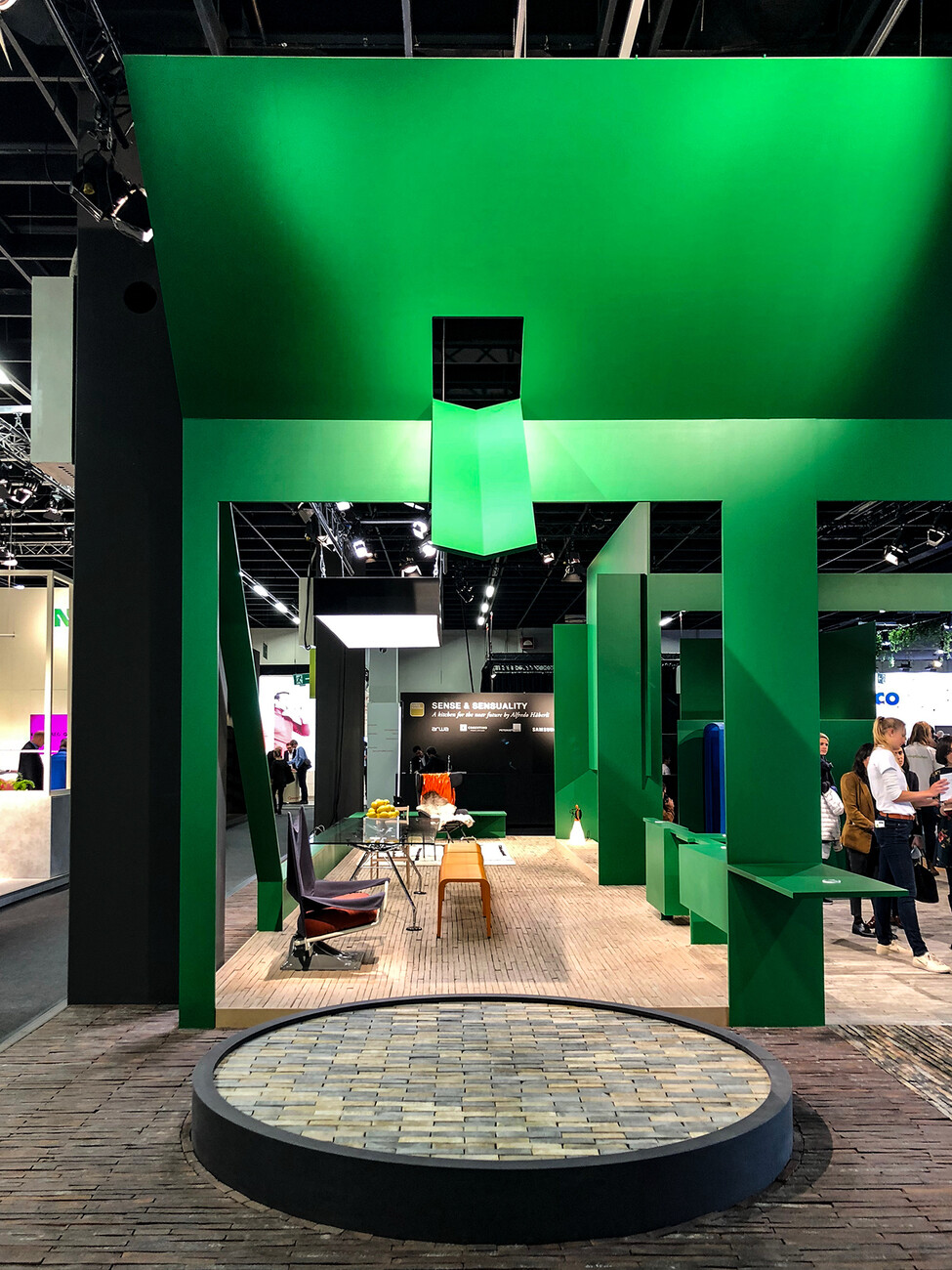 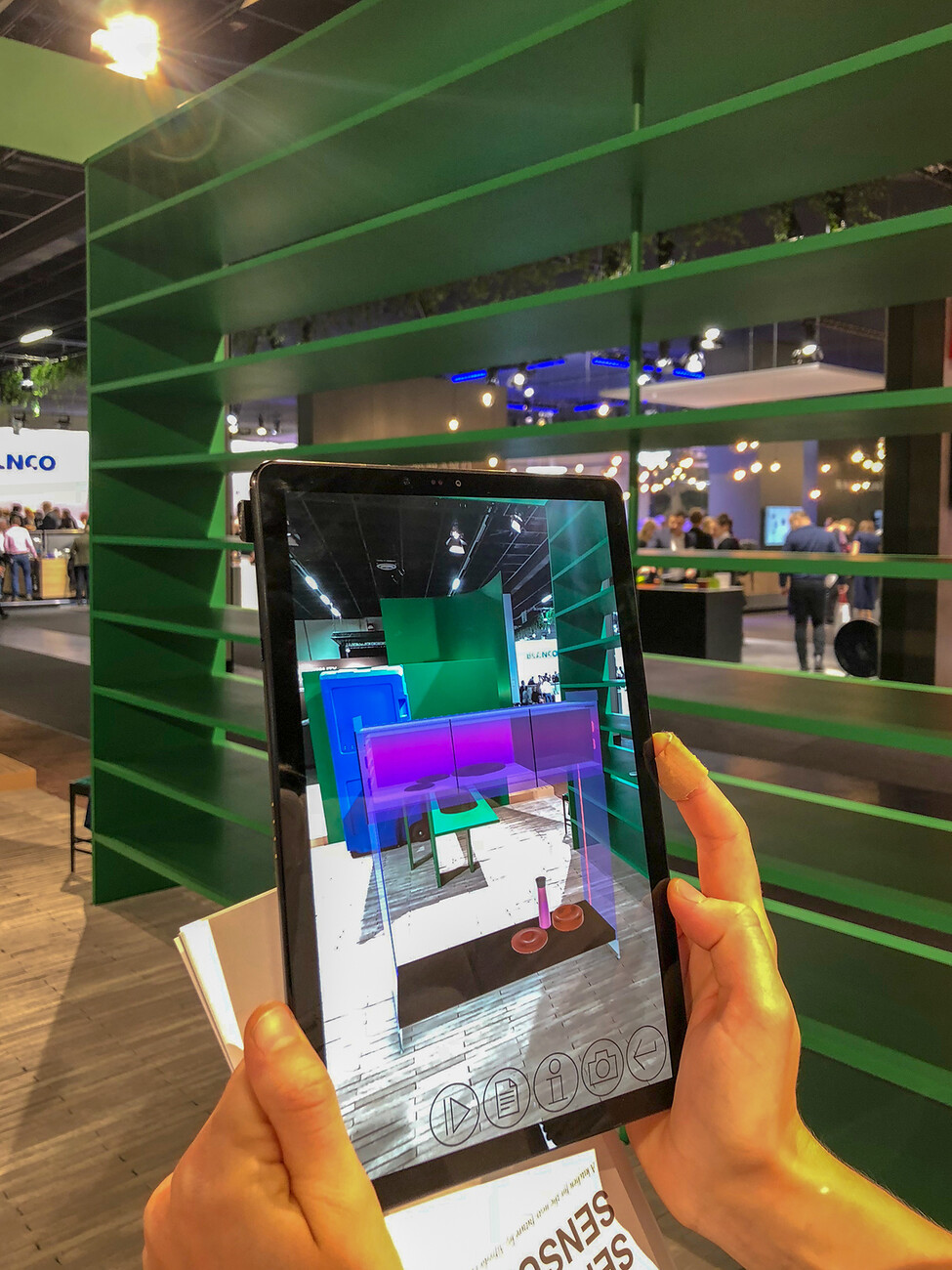 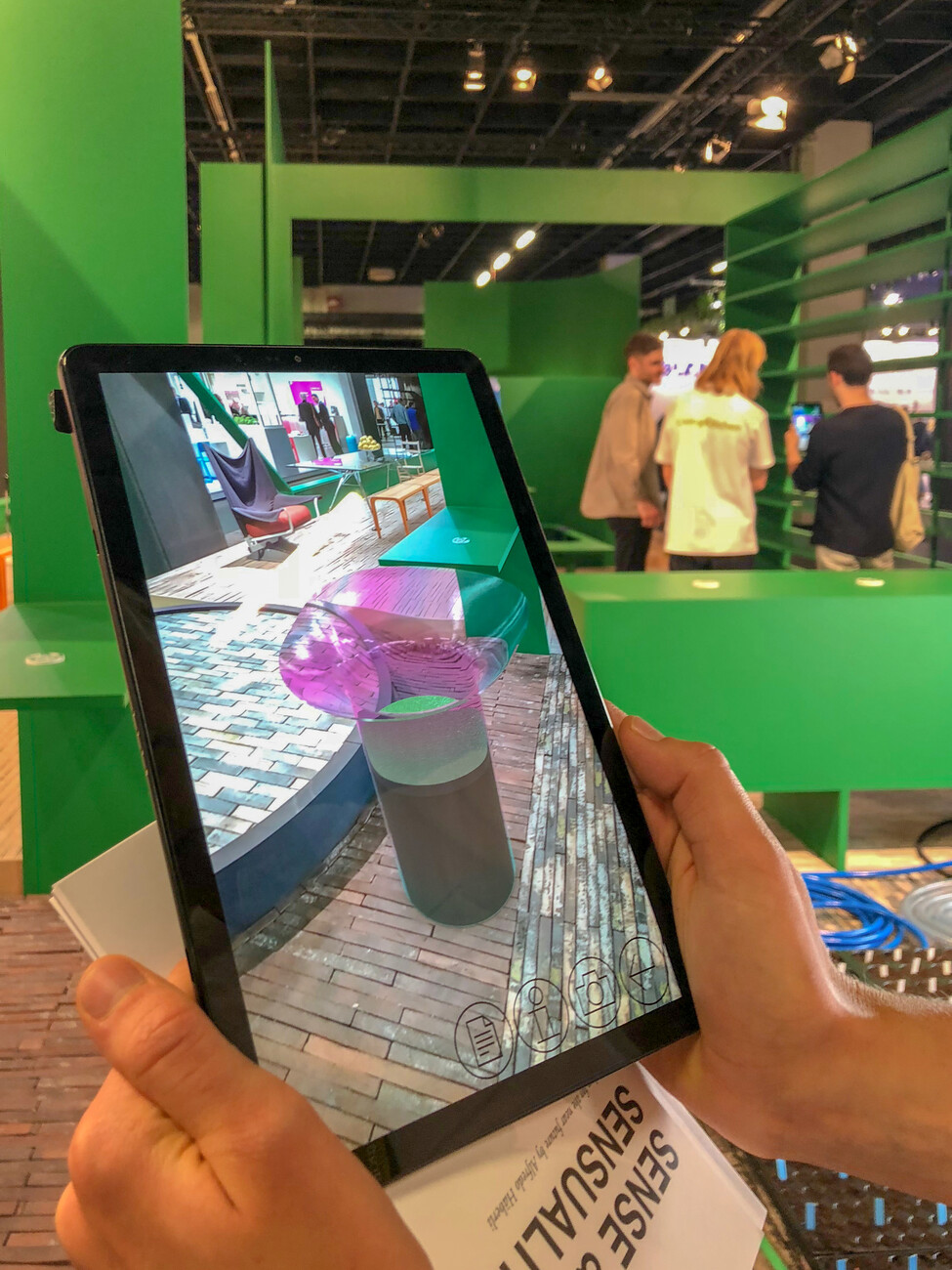 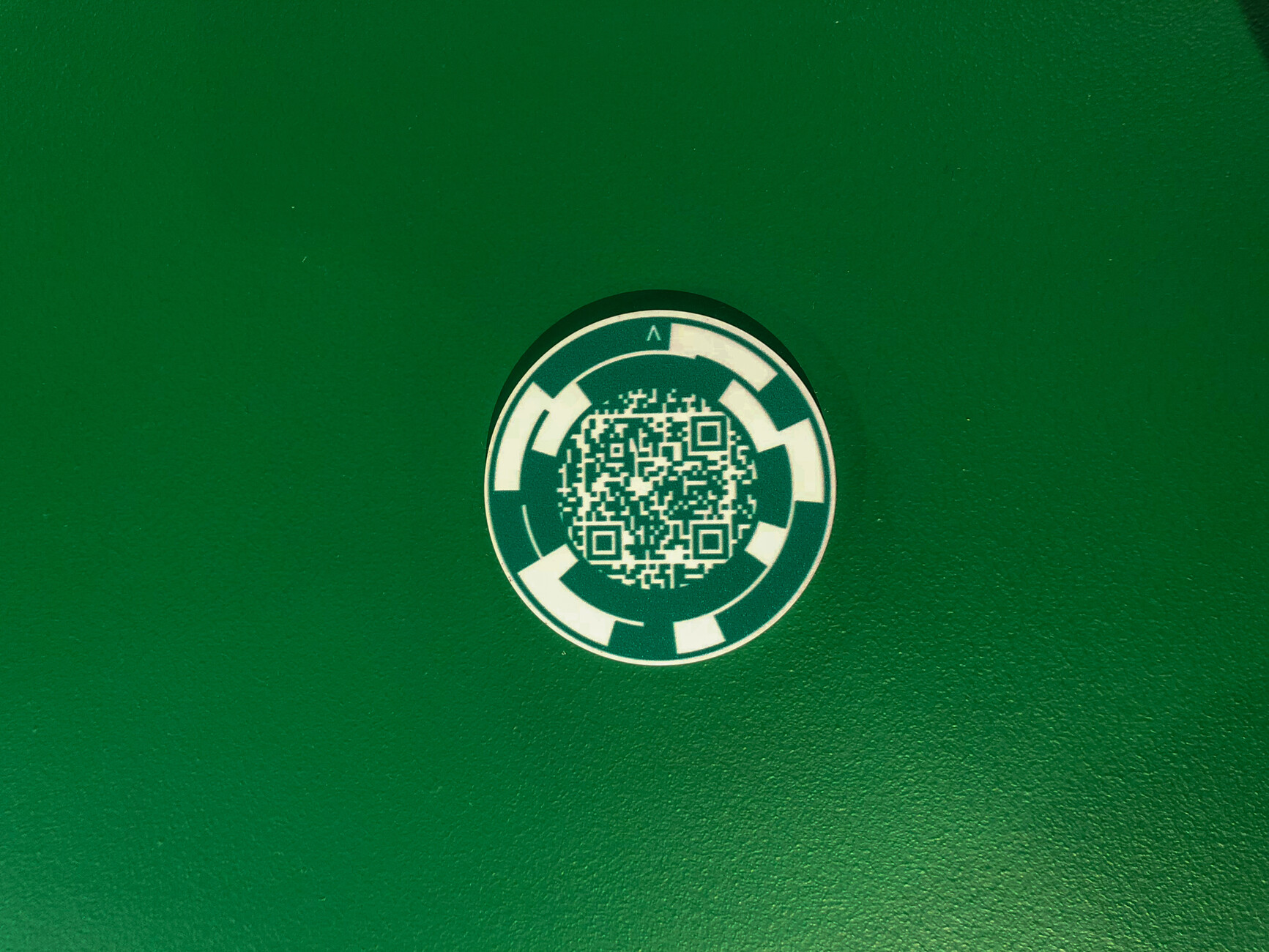 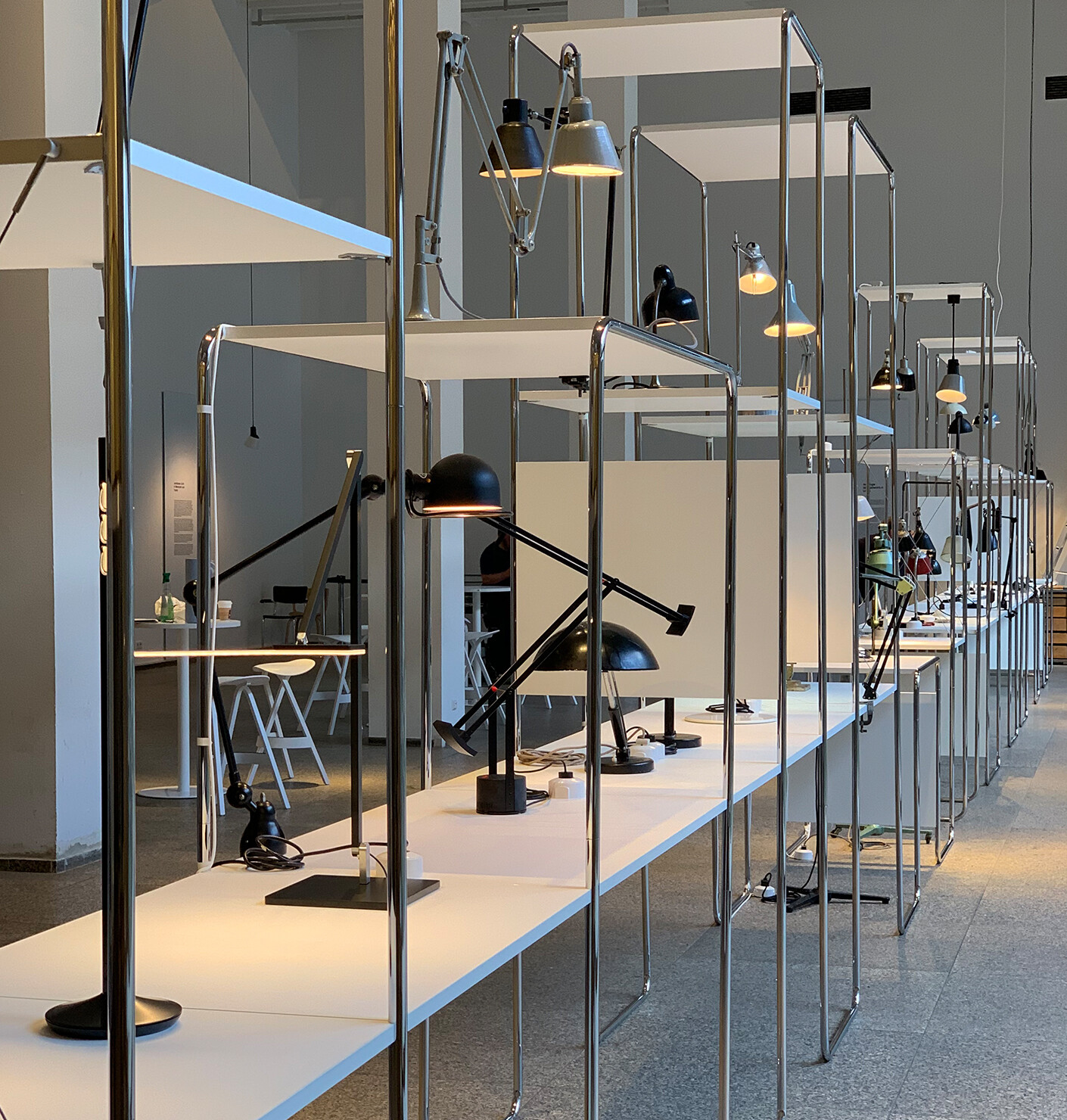 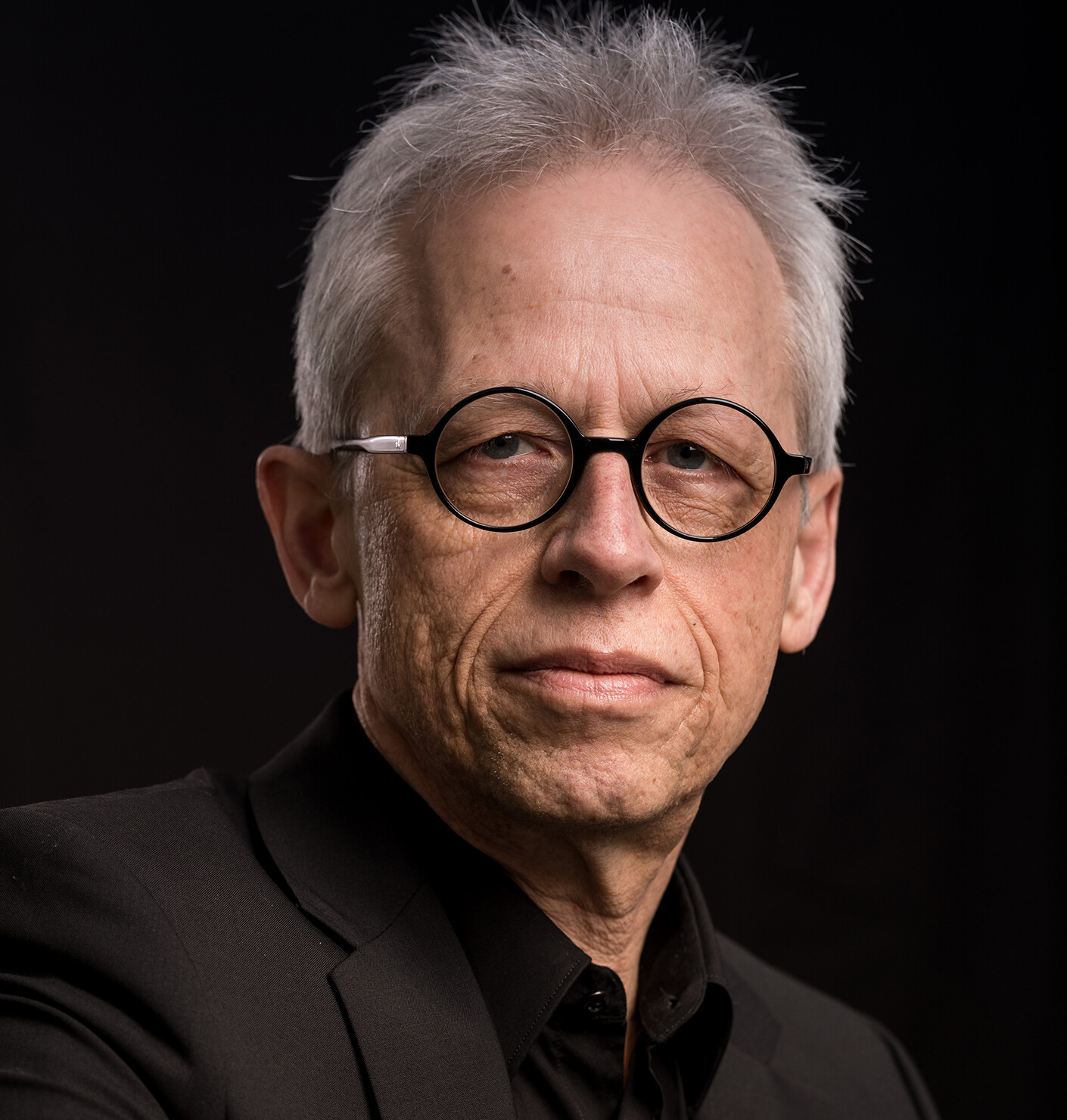 Dick Spierenburg, Creative Director of imm cologne, explains in interview with Fabian Peters how in the trade fair halls he offers perspectives on the future of home living – tomorrow as well as for the year 2030. 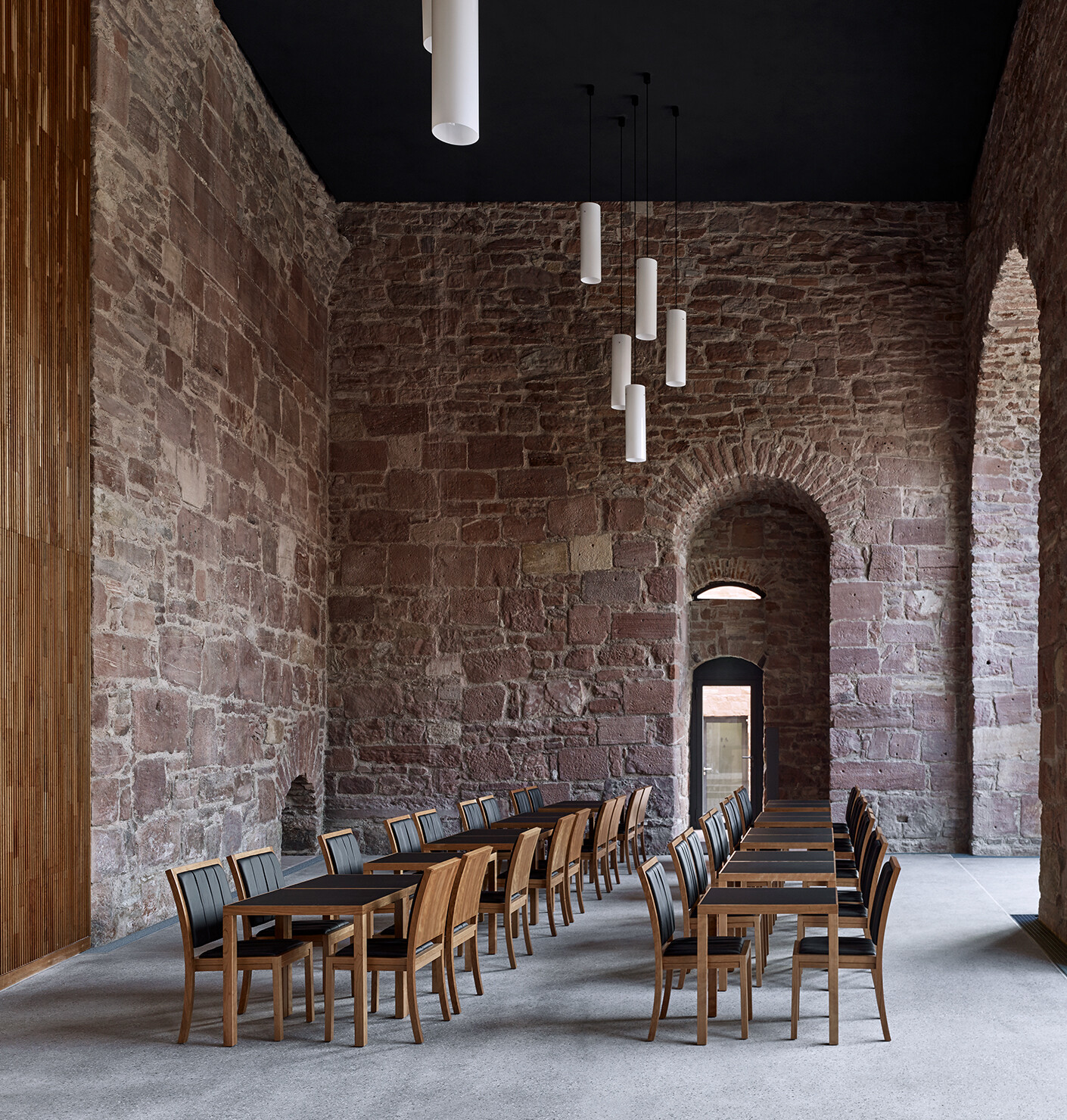 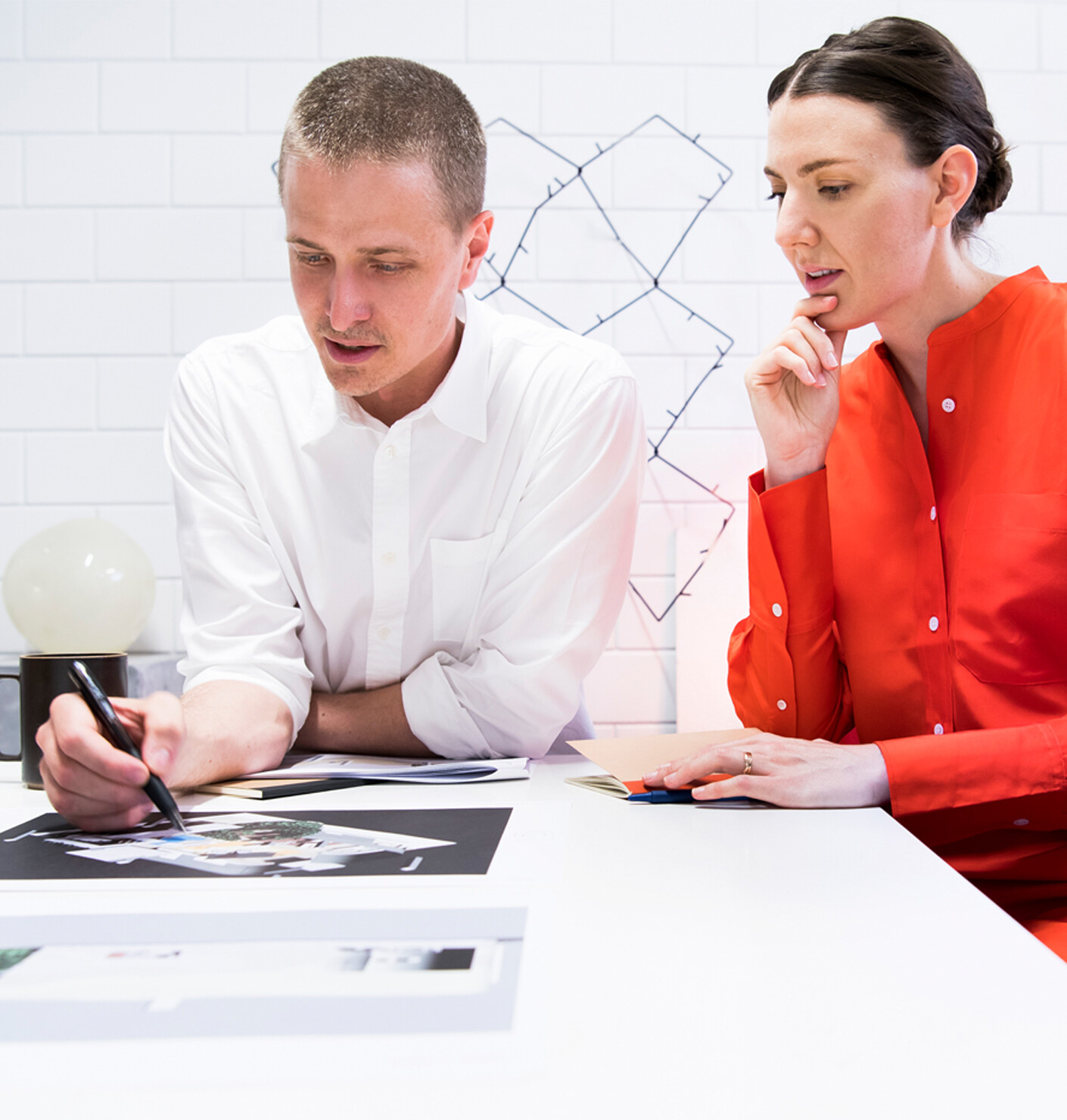 Rotterdam-based design studio Truly Truly has been appointed to create the "Das Haus – Interiors on Stage" in Pure Editions Hall 3.1 for imm cologne 2019. Kate and Joel Booy revealed to us what we can expect to enjoy seeing.