"On 30th December 1951, on the corner of a table in a little café on the Côte d'Azur, I drew, as a birthday present for my wife, the plan of a little hut which I built the following year on top of a rock lapped by the waves. The drawing took three quarters of an hour to do." These words by Le Corbusier will not only touch the hearts of many women wishing for a wild and romantic hut in the Mediterranean for their birthdays, but also touch the hearts of most architects. Only three quarters of an hour to develop an entire design? Sketched on a scrap of paper in a café, probably holding a glass of Pastis while the sun of southern France warming your belly? Such a creative process only happens in your wildest dreams. Something to push the envy (or admiration) of these architects even further is the fact that Corbu's cabin did not remain a "castle in the air". As he said himself, it was actually built in the following year. Located in the coastal village of Cap Martin east of Monaco, the structure was completely unpretentious from the outside: a simple, rather rough log cabin showing no architectural ambition whatsoever. Mind you, a true masterpiece in micro-architecture is concealed inside. You can see this for yourself in the foyer of the RIBA in London, where a reconstruction of the "cabanon" - initiated by the Italian furniture manufacturer Cassina - is currently on show. As you enter the garden shed à la Corbu through a narrow hallway, you will encounter a colourful painting that covers the entire left wall, done by the master himself. A door leads you into a tiny space which has yellow painted floor boards and coloured ceiling panels, and all of its furniture is built-in. The room, which is entirely made of wood and barely measures 14 square metres, warmly embraces you like a nutshell - you simply cannot resist from stroking the smooth surfaces. Le Corbusier borrowed some of the interior design details from previous projects such as, for example, the asymmetric sliding door handles on the wardrobe and the seat boxes that also featured in the "Unités d'Habitation". However, most of the interior design features have been specially custom-made. If you imagine the cabanon is a romantic love-shack, however, you simply could not be more mistaken. Most of the space was devoted to the desk and bookshelves, while the bed was hardly luxurious: a wooden bench, merely eighty centimetres wide and, as if this was not enough, the toilet was positioned right at its head end - separated from the rest of the room only by a curtain. It makes you wonder whether Corbu's wife Yvonne Jeanneret was happy about her present. But, as is often the case with Le Corbusier, he compensated for ascetic elements like these with his abundant poetic ideas and perfect proportions. The latter were based on the modulor, but also on Corbu's studies on Cisternian cells - making it slightly reminiscent of old paintings depicting "St Jerome in his study". What really distinguishes the cabanon from those introverted study cells, however, is its many windows. Views of the rock coast and the sea were captured by two large windows, while several narrow and tall wind hatches and skylights with sliding shutters provided additional ventilation. Another window was concealed behind the folding toilet mirror beside the small washbasin. The problem of storage space is also masterly handled, down to every nook and cranny. And if, compared to the Cassina reconstruction, only half of the love went into the finish of the wooden interior at the time, Yvonne Jeanneret might have generously turned a blind eye on the missing canopy bed and the unusual positioning of the toilet. By the way, if you are looking for a kitchen in the cabanon, you are looking in vain. Shortly before Le Corbusier sketched the plan for his hut, a restaurant owner had asked the famous artist-cum-architect to enhance the façade of his restaurant, Étoile de Mer in Cap Martin, with a painting. He thanked Corbu by allowing him to build his weekend cabin on a corner of his property. And with the restaurant right on their doorstep, the residents of the cabanon surely never had to starve. Corbu spent a lot of time in his cabin where he developed some of his most famous designs, such as the ministerial buildings in Chandigarh. He also spent his last night at the cabanon. On 27th August 1965, when he went for a swim in the sea near Cap Martin, he suffered a heart attack and drowned. 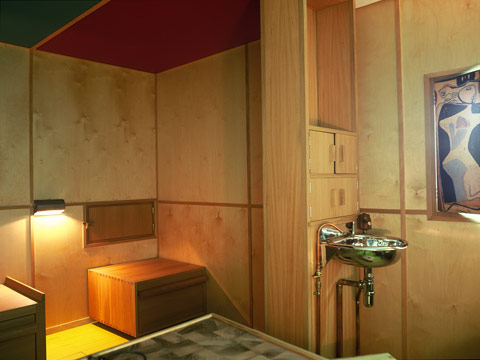 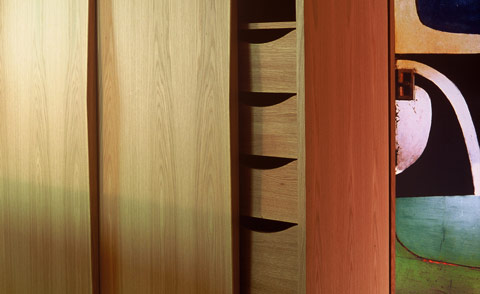 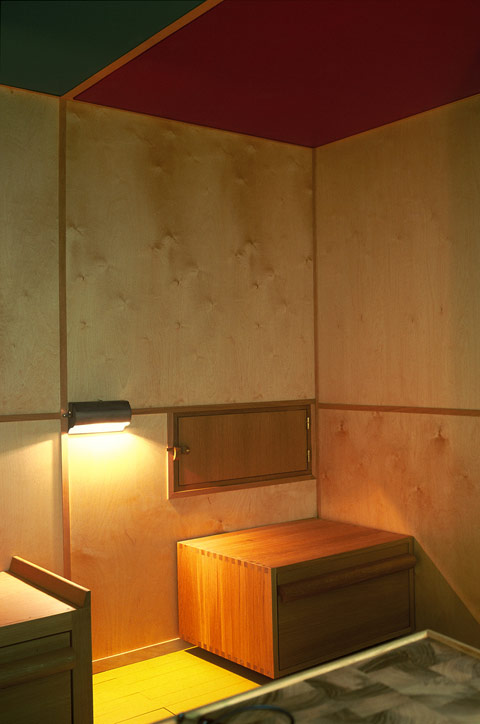 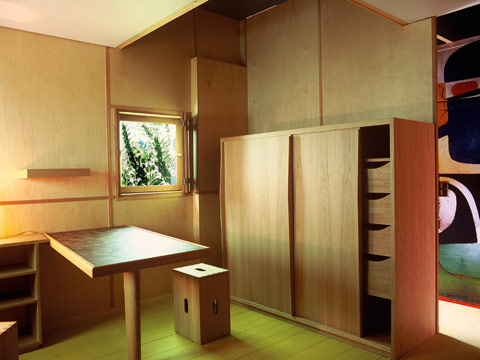 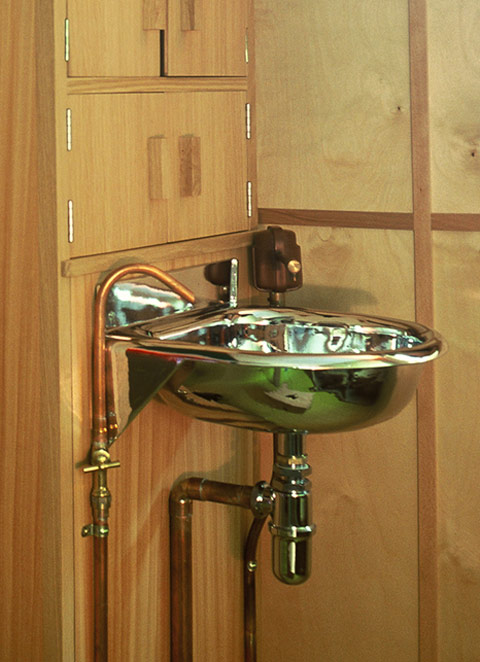