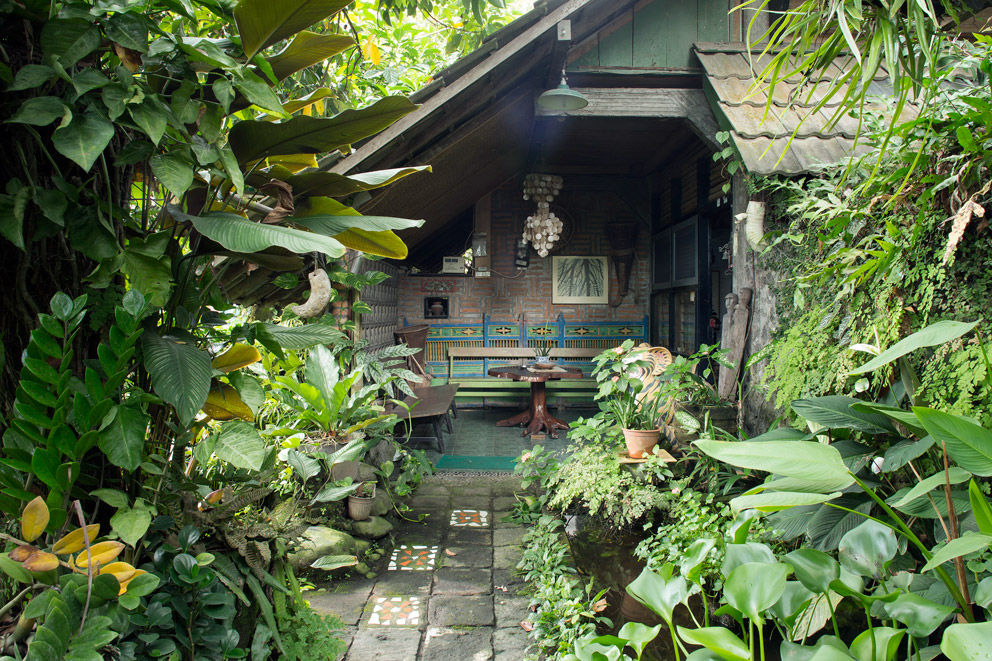 Architect Eko Prawoto initially built his own house in 1988 in a newly developed area, northwest of Yogyakarta. Back then, the site was still surrounded by rice fields and had no electricity – very much a rural setting. The house made him the very first occupant on the street. The west plot was used first and eventually expanded over the years to the east. Along with the occupants, the house grew larger to accommodate more space and activities. Prawoto simply devised a ‘spatial structure’ in the form of a grid of about 3 x 3 meters as the guide for future (re-)developments. Most of the structural elements are frames – posts and beams – so walls can be removed when necessary. Many elements and materials were recycled from old buildings, re-appropriated or simply reused: gebyok (an ornate Javanese frontage), columns, beams, doors, windows, bricks, roof tiles, and even an entire limasan structure were spontaneously assembled. Despite the small air volume of each room, none of the rooms are insulated. They all have gaps and openings to encourage a breeze and maintain a continuous air flow throughout. Some of the roof overhangs slope down very low to protect the indoors from rain splatter and excessive sunlight. Prawoto has created a ‘backbone’ for the house in the middle of the plot in the form of a corridor stretching from west to east. Some parts of the west side are supported by reinforced concrete frames, but most of the house is structured by timber posts and beams. With plenty of green areas, every room has openings for ventilation and visual access to the gardens. The lush and overgrown vegetation provides green buffer zones passively protecting the living areas from both the heat and the humidity.

Eko Prawoto Architecture Workshop
Eko Agus Prawoto is one of the most respected figures in the worlds of both architecture and the fine arts in Indonesia. He studied architecture at Universitas Gajah Mada, Yogyakarta, from 1977 to 1982 before enrolling in the postgraduate program at Berlage Institute, Netherlands (1991-93). He has been consistently combining his career in architecture with in teaching, and is currently teaching at Universitas Kristen Duta Wacana, Yogyakarta. He first went freelance in the early 1990s and in 2000 established Eko Prawoto Architecture Workshop. His projects cover a broad range of structures, from art and cultural spaces, community development projects, to private residences for prominent names in the Indonesian art scene: Mella Jaarsma & Anindityo House (1995), Cemeti Art House (1997-1999), Jeannie & Lantip House (2003-2004), Butet Kartarejasa House (2001-2002), Djaduk Ferianto House (2004), and many more. He is also an avid and renowned installation artist, with works in Japan, Korea, Italy, Australia, Netherlands, France, Austria and Singapore. 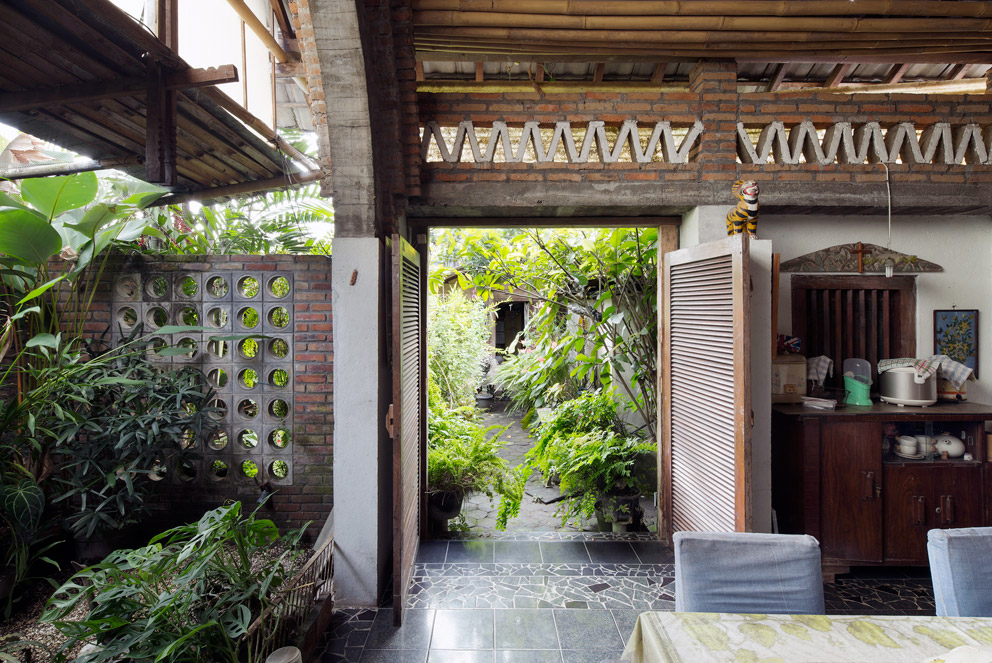 The house is a grown structure of different, often recycled materials. 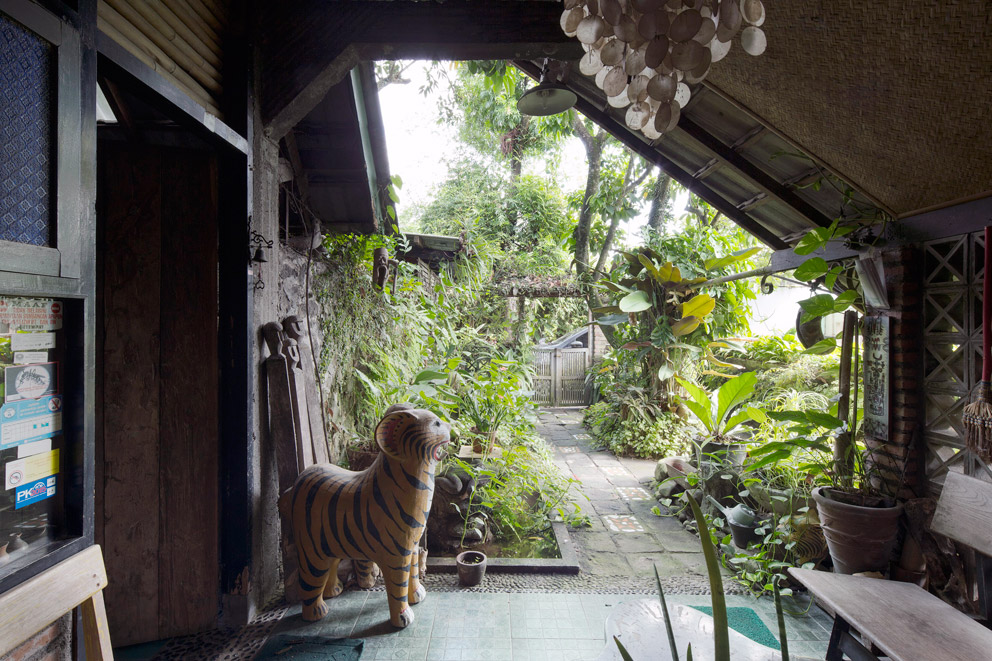 Prawoto simply devised a ‘spatial structure’ in the form of a grid of about 3 x 3 meters as the guide for future (re-)developments. 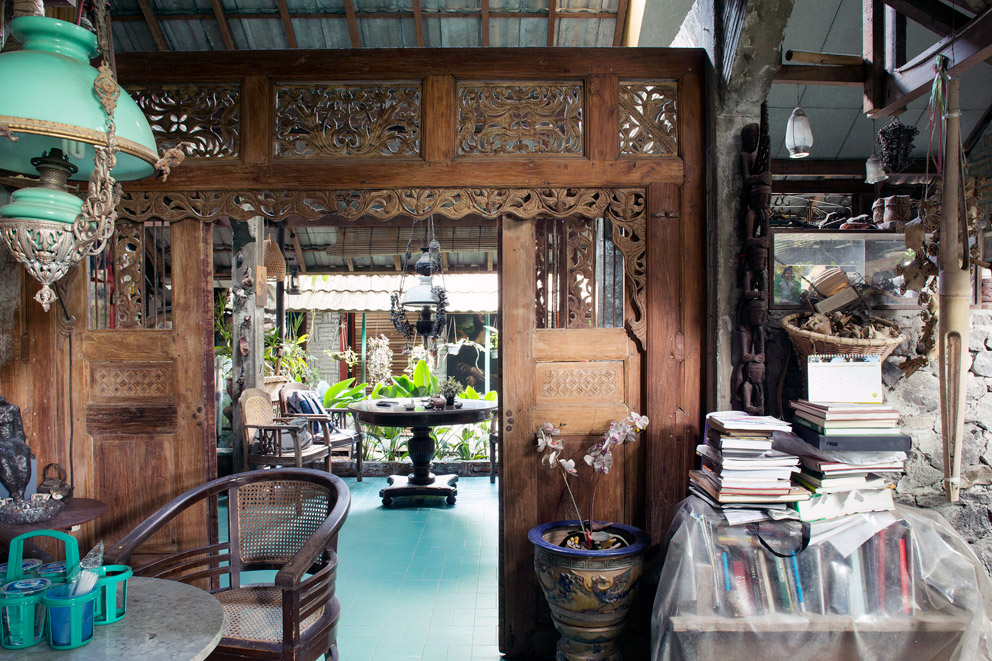 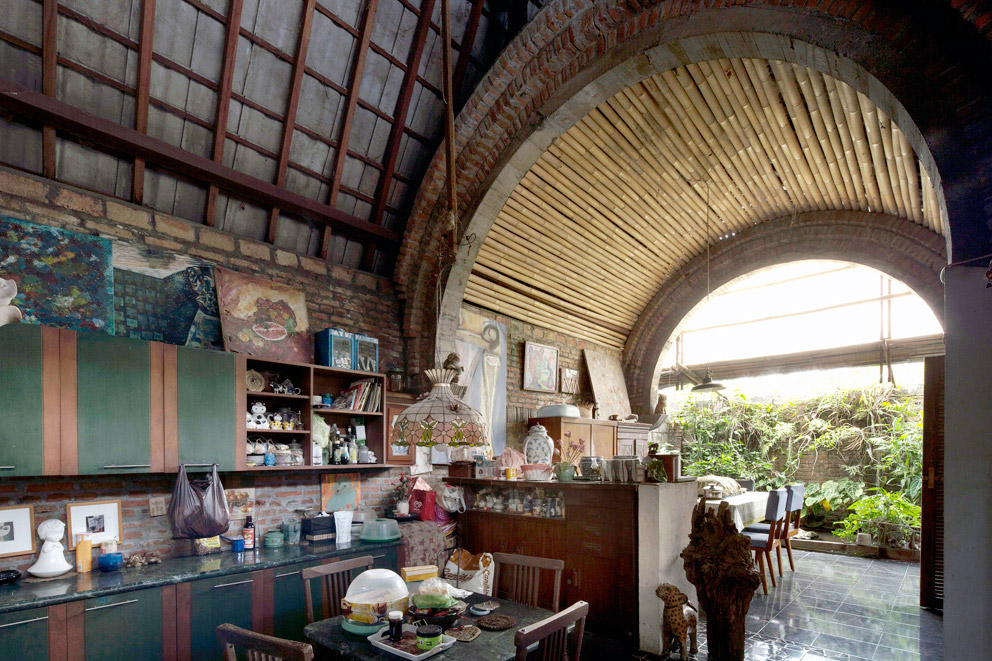 No room resembles the other in Eko Prawoto's house. 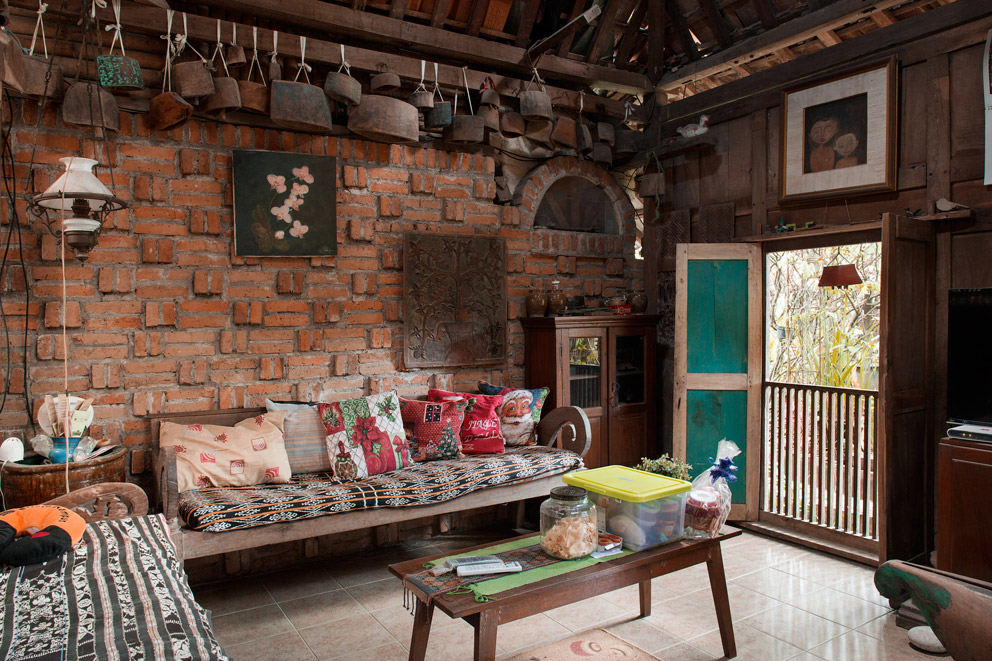 And the interior is a beautiful collage. 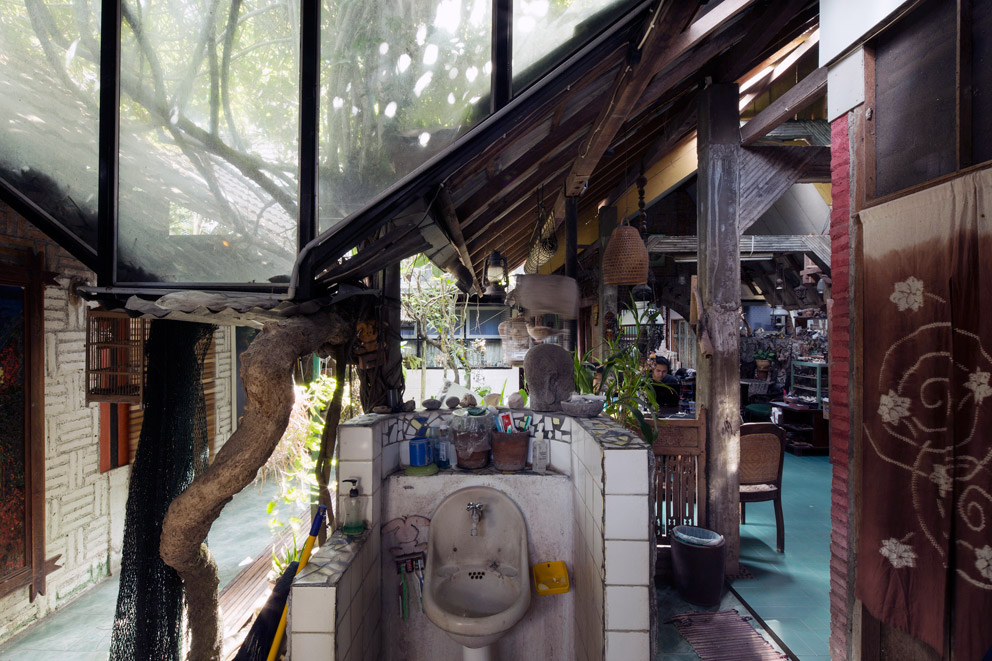 The transitions between inside and outside are blurred in this house. 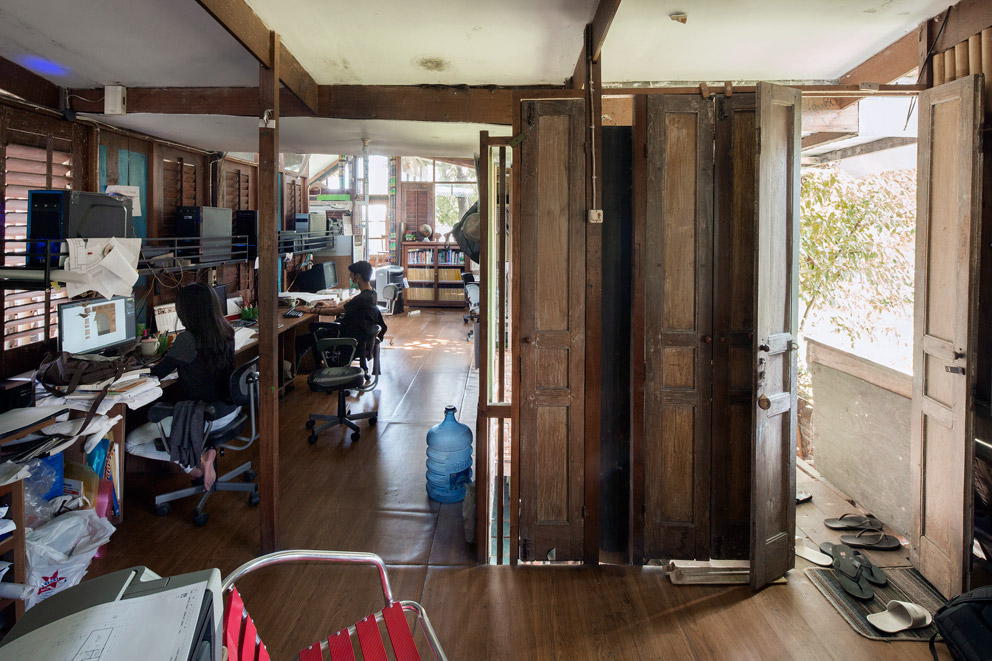 In a further addition of the building the architectural office itself has found a place. 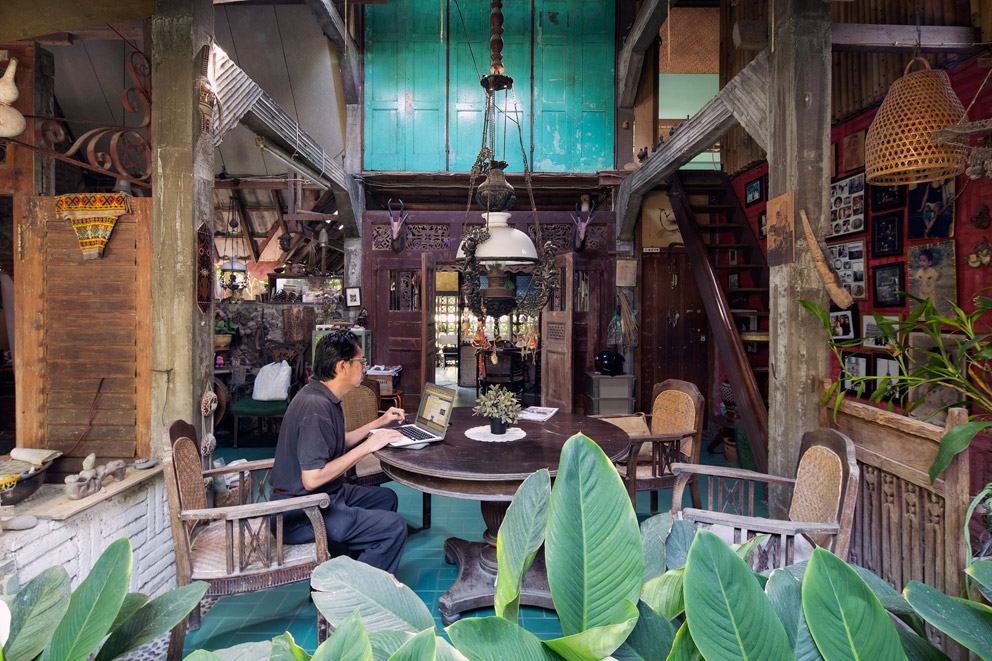 Many plants provide a pleasant climate in the house.
Advertisement