Standing in front of Ekrem Yalcindag’s brightly colored concentric circular shapes you need a steady heartbeat. If you spend only slightly too much time looking at the large circular canvases you are drawn towards them, and the impasto circles in various colors begin to pulsate in front of you, until you might start to topple, lose your balance and consciousness. The florally inspired patterns, which at first sight seem to have a calmer effect, are also confusing to the eye and, thanks to their ornamental all-over texture involve the viewer in a never-ending game of repetition and variation. “Ekrem Yalcindag”, Heinz Peter Schwerfel writes in the catalog, “is a conceptual artist who breaks with all our viewing habits by startling our retina through painting”. How very true.

What at times might look like a floor mosaic that has mistakenly found its way on to the wall or into the picture, does away with any form of extensive consistency, replacing it with the permanence of a perception, which in a change of color between positive and negative, surface and illusion is never-ending. The fact that Yalcindag’s ornamental abstraction also has a musical touch is revealed by his painting, or if you will, his 2011 collage “Birth of the Cool”. For the large work he mounted singles and LPs on wood with a view to using them as a color medium. The circular vinyl records of different diameters suddenly act as stencils, which, depending on their size, are painted with two to three differently colored rings. Only the record label is left free and unpainted, thus preserving the place where the colors used were found, as well as information about the music and when it was recorded.

Even if Yalcindag no longer integrates everyday objects directly into his works, there is still a reference to an everyday music of colors. His choice of color hues, for example, can often be traced back to the fact that in his surroundings he perceives color combinations that are interesting to him. He photographs them or makes notes, so as to be able later on to take them up in his paintings. Moreover, developing the motif and the composition of the picture, and applying the paint thickly with a “zero” thickness brush require an enormous amount of time, which appears to be stored in the painting’s relief-shaped surface like in a material memory. 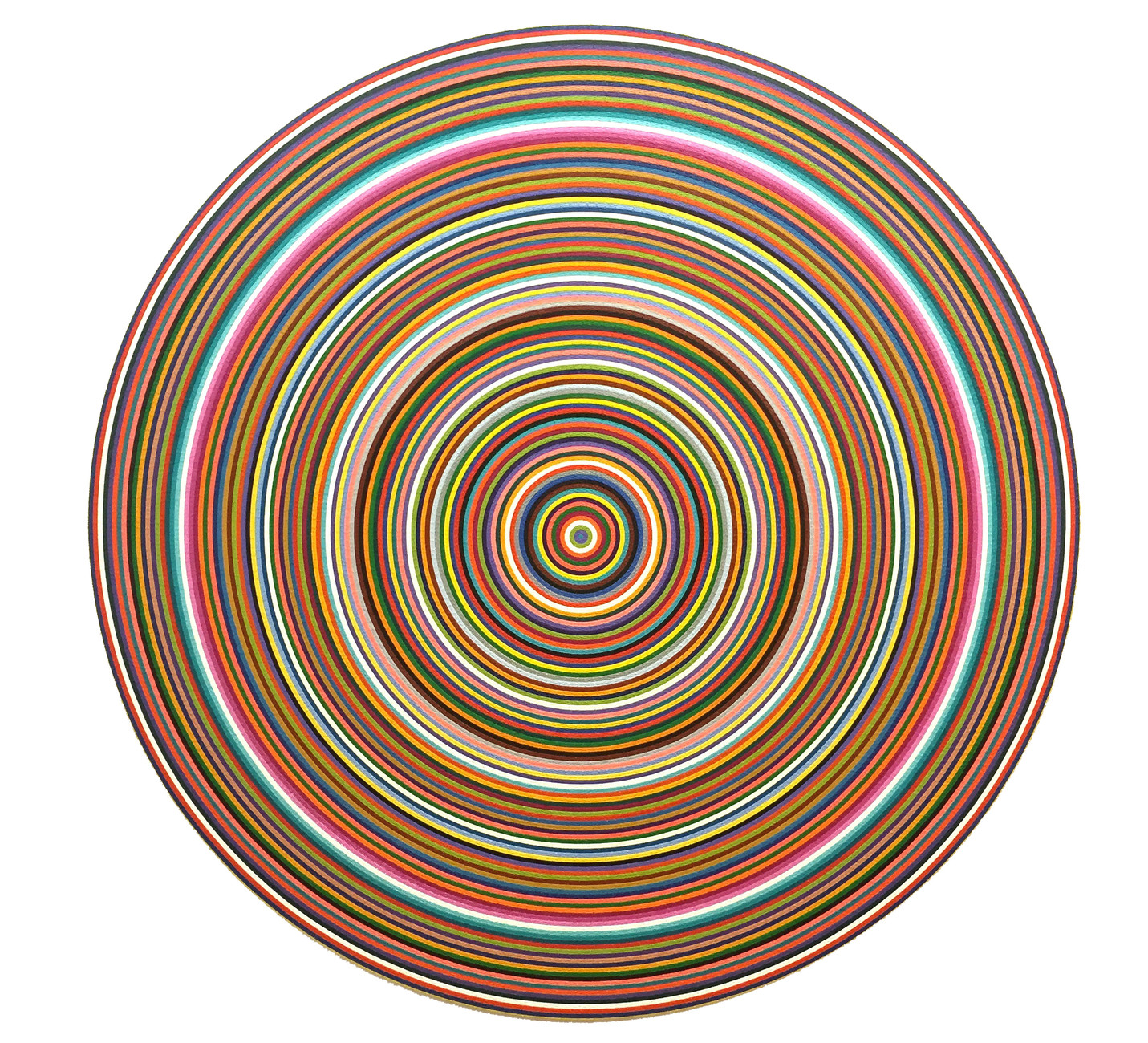 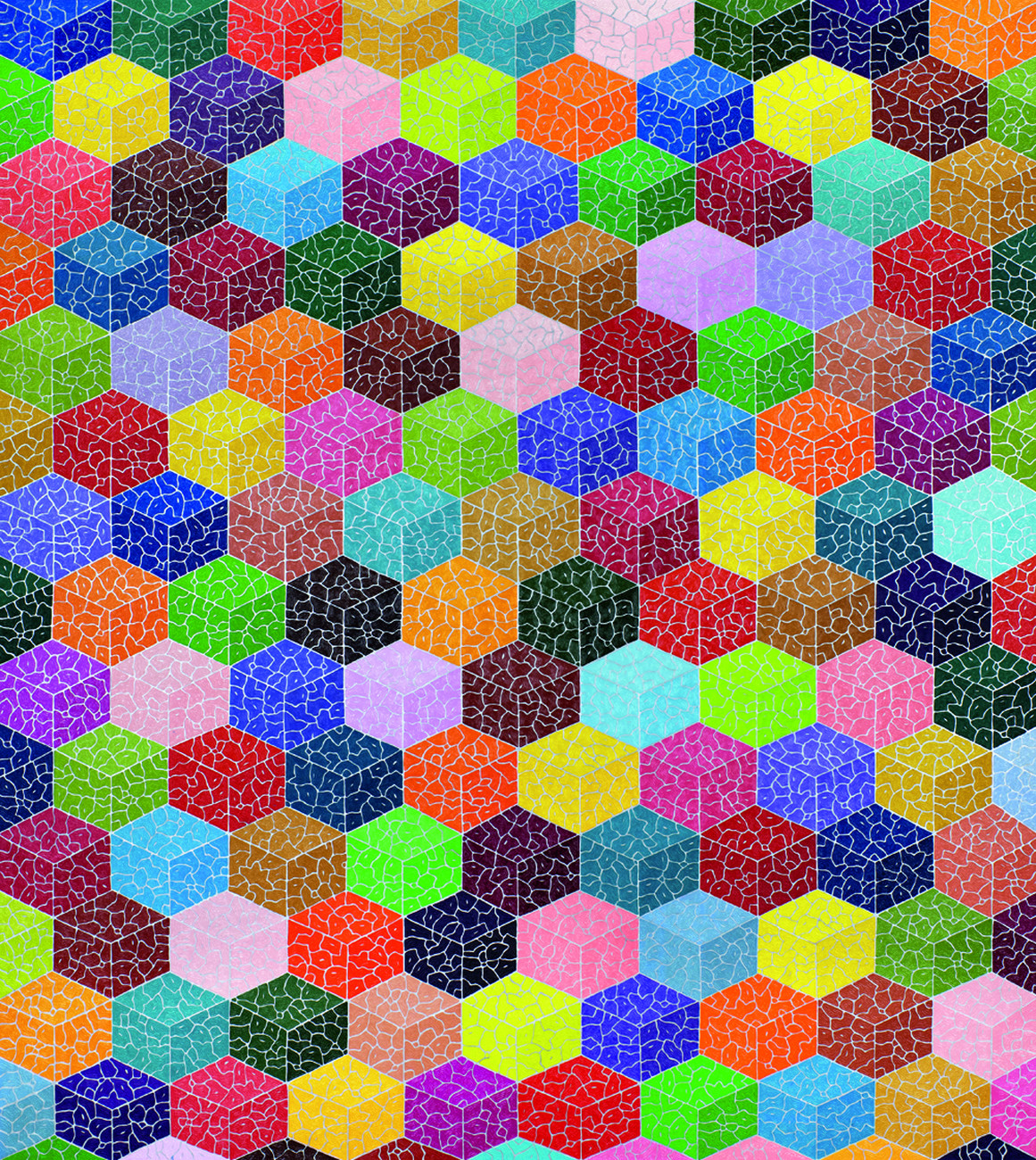 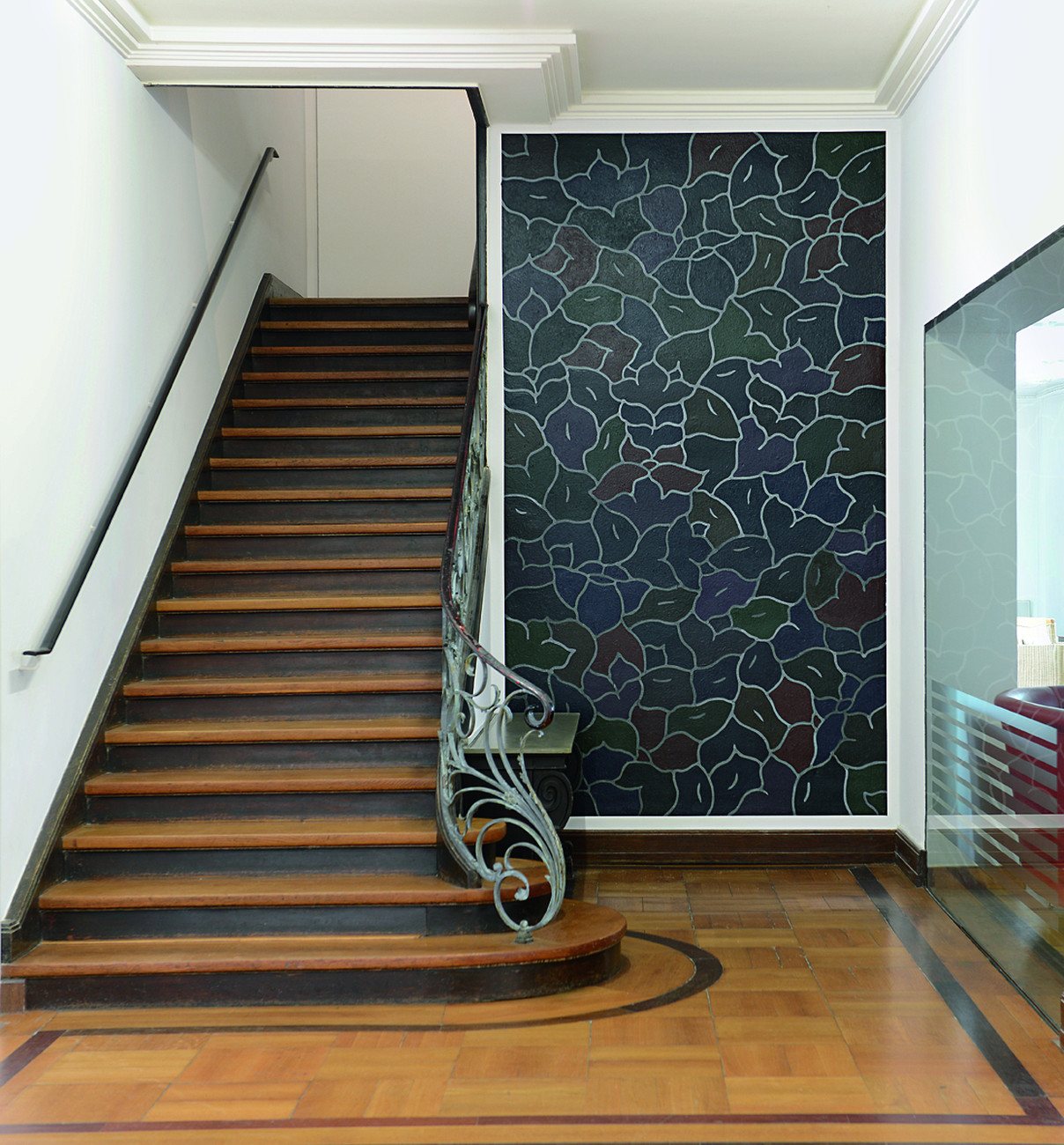 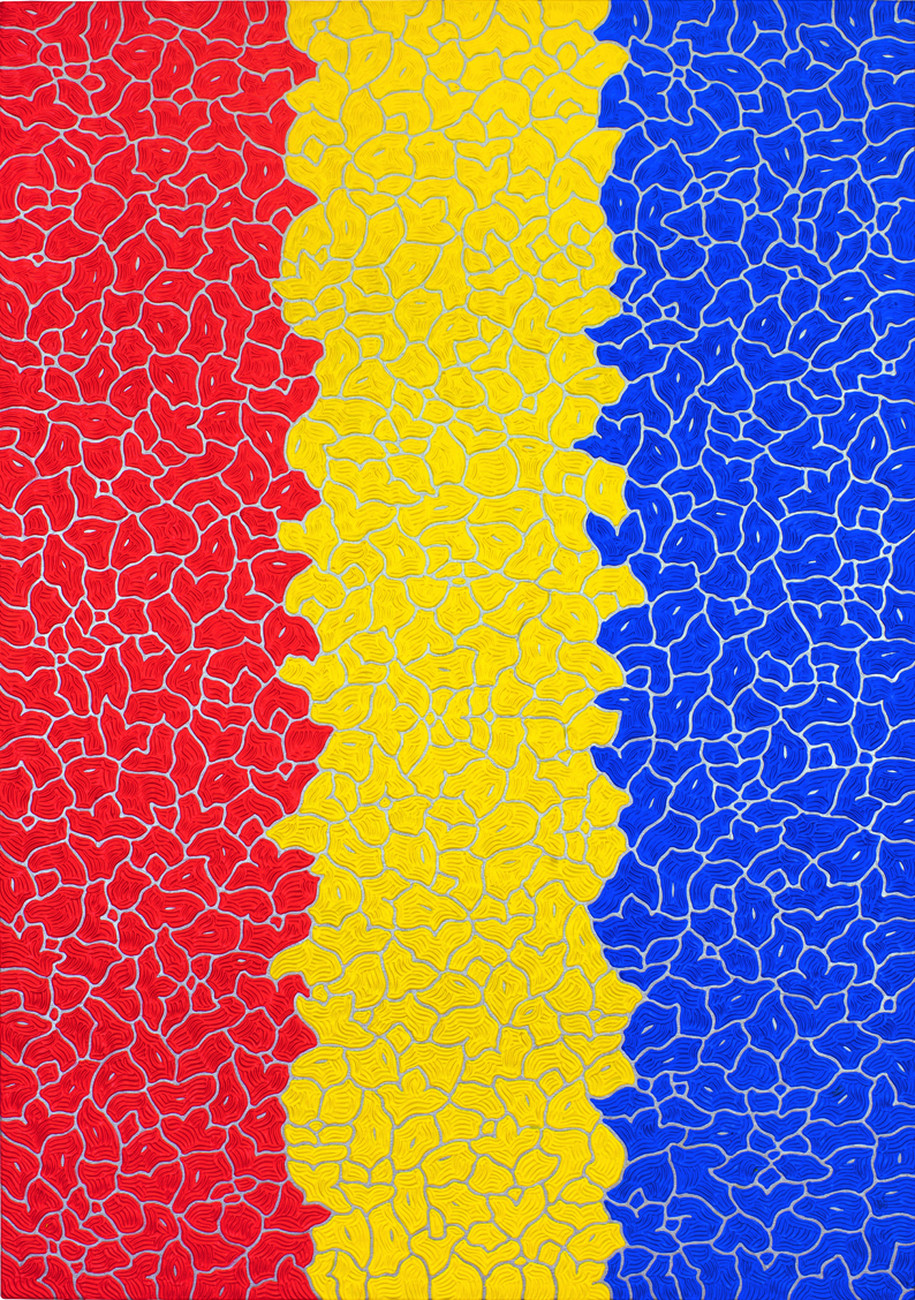 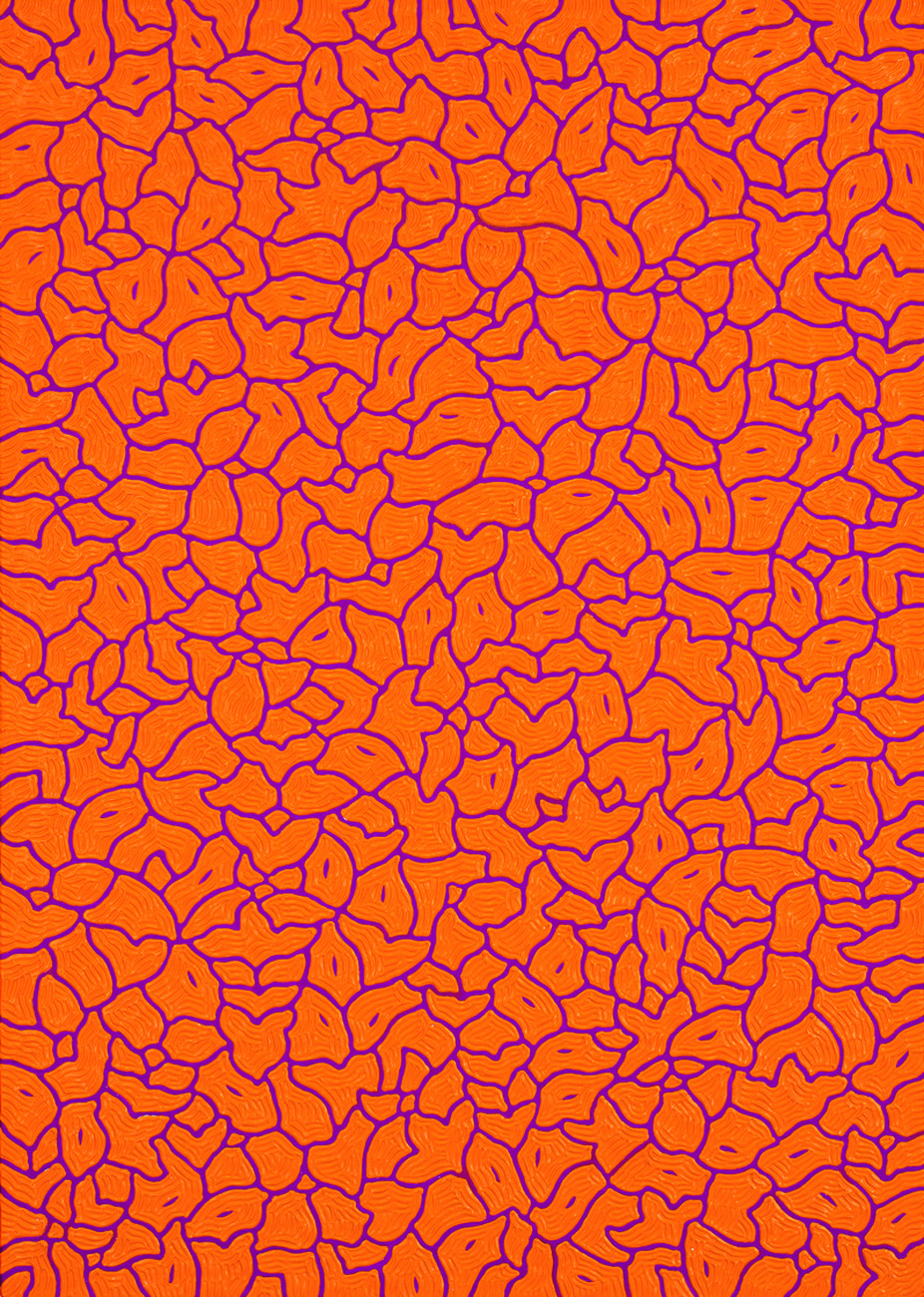 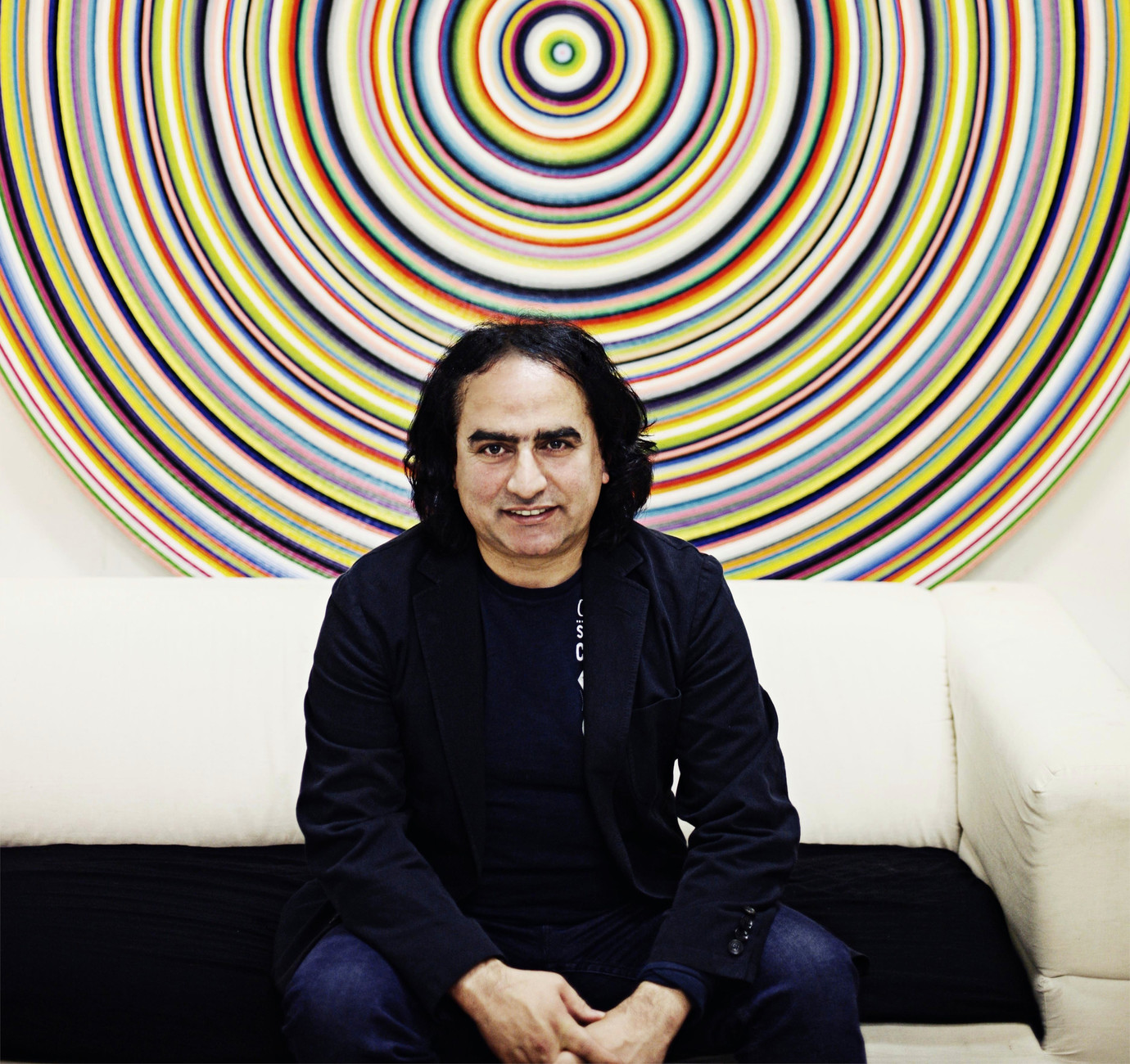