Midnight. The witching hour. Their souls roam around, admonish and remind us. A leg is missing here, the paint is cracking there, the knobs are missing at the front, there is a gaping hole in the side of the plastic. Where they not beautiful before, did they not delight us with their magnificence and presence? The fact that they now squeak, no longer shine - do such flaws mean their end?

The talk is not of zombies from the unforgotten Thriller music video, but of tables, sofas, bed frames, chests-of-drawers, cabinets, shelves, luminaires and other furnishing items. They all have one thing in common: They lead a miserable existence in attics, cellars and in remote corners. Every day filled anew by the fear they could be put out as bulky waste or the eBay auction hammer will hit them. What happens to all the furniture, our life's trappings that have done their day? Where do the ghosts walk?

"Stadsmission" in Stockholm's old town gets lots of customers. There are rows of linen chests, little porcelain dolls, liqueur glasses, hand bags, clocks, cameras and much more. But rather than the otherwise customary Salvation Army air, Stadsmission exudes the in feeling of the hip scene. Vintage pieces exchange hands here for a few krone - and above all for a good cause. You might even be lucky enough to pick up a chair by Arne Jacobsen or a luminaire by Louis Poulsen and can then celebrate the bargain with a coffee and a piece of cake in the store's own cafe. Stadsmission first opened as long ago as January 21, 1856 and is supported today by the church, charitable organizations, local and national government alike. A total of eight second hand stores are distributed throughout Stockholm and offer basic items for those on low incomes but also unusual objects for trend scouts. And it is amazing how well these two aims can be united. Indeed the „Design Remake" label was especially created to present old objects more attractively and encourage customers to buy. Sweden has a long tradition of bazaars and auctions. Not only residents of rural areas auction their belongings. And the chances of discovering true treasures are still as high as they were on German flea markets in the 1970s with an almost identical price level. The Swedes are very aware what treasures they are sacrificing. Classics of (Scandinavian) designs are part and parcel of living - and giving.

The situation is totally different if rather than wanting to get rid of old furniture you want to keep it. Then the ghostly situation becomes a nightmare. Scene of the crime: the Rhineland: A shelf unit bought in 1973 at Flötotto and at the time considered good style and design. If you owned an object from this furniture program you were deemed a pioneer, even a member of the avant-garde. If you still had the setting in its completely original state then film production firms and revival fans would queue up jubilantly. The highlight of the shelf unit is the fold away bed tucked inside it that turns a living room into a bedroom with bedside table in the twinkling of an eye. For twenty years it worked. Then the bedroom remained for every a daytime room - the bed just will not fold up any more. At fault is the pneumatic spring on the right side of the bed, which having got a little bent during the move refused to slide in again and broke with a loud cracking sound. Attempts to get a spare from Flötotto failed. Neither various carpentry firms, furniture firms and not even auto parts suppliers could help. Inquisitive faces unable to appreciate my wanting to keep the "old" shelf unit, or amused grinning about my supposedly old-fashioned taste coupled with obstinacy - despite all the prophecies of doom the B 2000 will not be placed on the furniture cemetery - its rights and those of its owner will be fought for. Long live the bygone design standard salvaged for the new millennium!

The Bubble Club Chair by Philippe Starck proves that material meant for the future can also have a low half-time value. In 2001 the just under 17 kilo heavy, dyed polyethylene chair together with its designer was one of the stars at the Cologne furniture fair. Court was held at Pesch furnishing house, the journalists wrote avidly and audibly held their breaths at the question of whether it were not out and even presumptuous to have people in furniture look like in Alice in Wonderland. What followed was a rumbling fit of laughter, then a mischievous grin and a blue plastic cloud signed "for Alice". Not the plastic monster , but the story behind it has so far preserved the Bubble Club from being melted down. It never found its way into the garden and was not made for the many, many book piled on it in the course of time: A tear in the seat seam has made it impossible to use for the last five years. The thought of the loading ramp at the incineration plant, the grating sound of the press and the grinding wheels but also a guilty conscience, the stress factor and nostalgia secure it a place in the mausoleum, until my memory of why it deserves to exist should fade.

Whether selling, swapping, donating, tipping, putting away, ignoring or collecting - it you wanted to select the most modern form as the essence of all these options you would have to establish a digital furniture cemetery group on Facebook, which would deal with the virtual gravestones for modern-day zombies. A free interpretation of Michael Jackson: "It's close to midnight and furniture is lurking in the dark / Under the moonlight, you see a chair that almost stops your heart / You try to scream but lamps take the light before you make it / You start to freeze as bookshelves look you right between the eyes / You're paralyzed / 'Cause this is thriller, thriller night..." 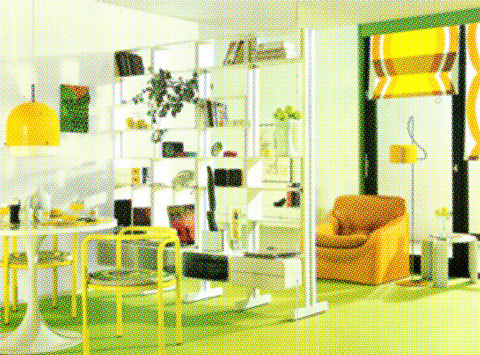 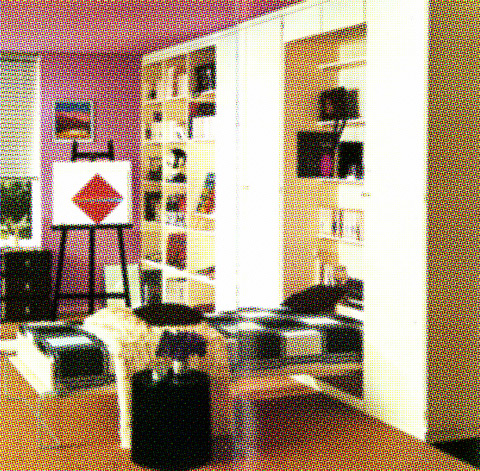 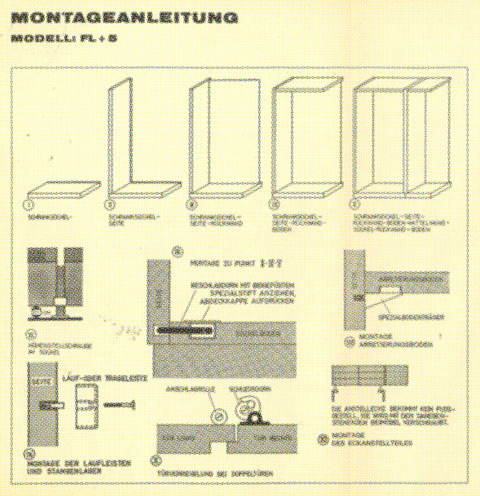 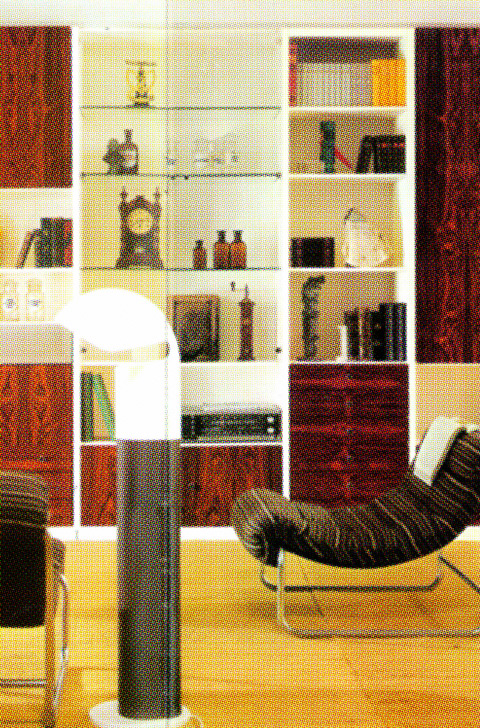 All pictures taken from the furniture broschure of Flötotto 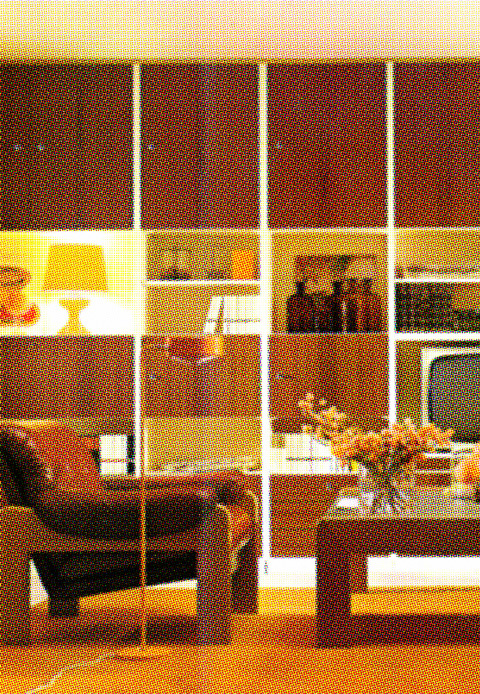 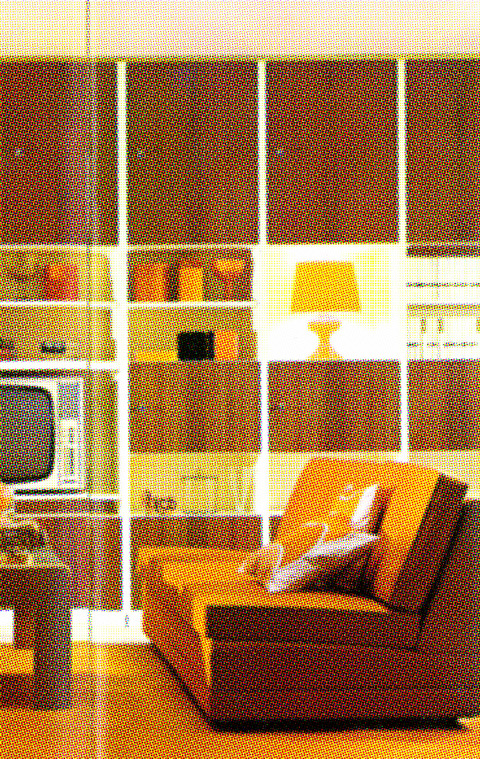 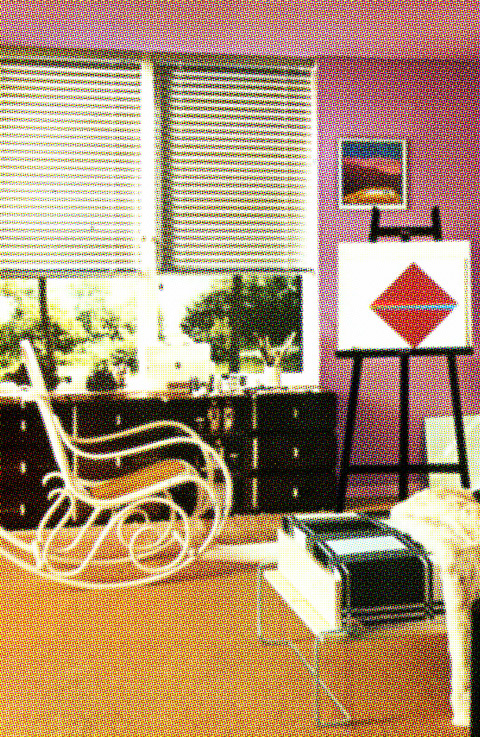 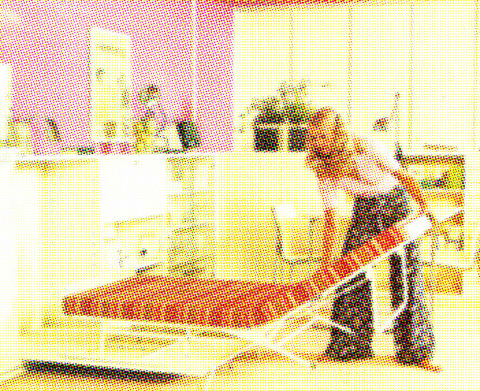 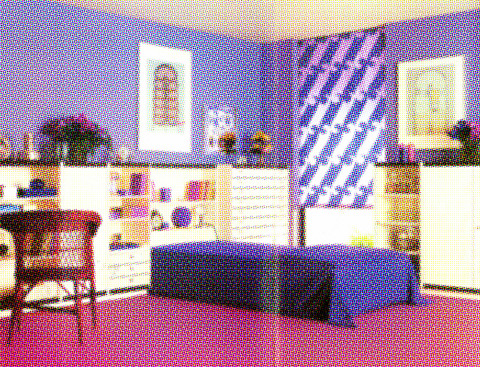 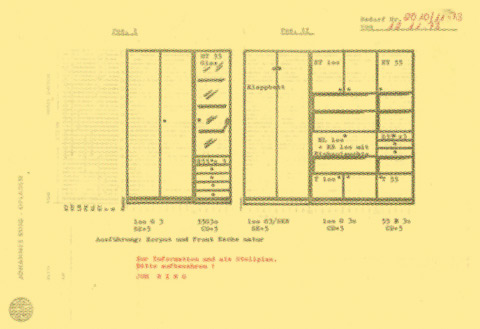