The bee is doubtless a special insect. In history, bee colonies have been used in various ways as a metaphor or allegory for the structure of human coexistence, for the state, the monarchy, for achieving collective wealth by exploiting entire armies of poor workers, for a cultural order and as an indicator of civilizational disturbances. And it is no coincidence that it is milk and honey that flow in paradise. Moreover, if we are to believe Lars Gustafsson in his novel on the death of a beekeeper, then bee colonies are as different as are social organisms: "There are immense personal colonies. There are lazy and busy, aggressive and soft bee colonies. There are frivolous and unstable ones, and, who knows, maybe even colonies that have a sense of humor, and others who don't."

So far, so good. But what are bees doing on the roof of a museum? The fact is: They are there. Since May of this year, the "finger" artists group founded by Andreas Wolf and Florian Haas in 1998 has set up a "production plant" for its "urban apiary" on the roof of the Museum für Moderne Kunst (MMK) in Frankfurt. 650.000 bees are stationed there and they deploy to collect pollen fur Frankfurt's first museum honey. Next Sunday, on September 14, at 11 a.m. the first honey will be up for tasting in the MMK lobby, where it will also be for sale. Moreover, there are weekly guided tours on the roof, where "finger" has set up a teaching track for the urban apiary, as well as workshops for kids - the project is stuck in for three years.

On the MMK's roof, the bees not only collect honey, but also emit any amount of noteworthy messages. Not only the threats to their survival and that, without honey bees, which are indispensable for pollinating most plant blossoms, the human food chain would come under great threat. If the symbiosis of humans and bees collapses, then doomsday would be round the corner. Yet "finger" is not interested in these apocalyptic visions. Wolf and Haas are more interested in how under changed conditions socio-economic niches can be produced. The bees offer one possible model.

For today the wide expanses have become less hospitable to bees. Like migrant workers, they have to head for the cities because the diversity of plants there is greater and the use of pesticides lower. This fact alone means it bears thinking fundamentally about the model of the city as in a social and cultural regard it is also a terrain in which many species thrive, whose urban interaction could form the basis for cultivating a changed model of society. Indeed, the new economy knows of many variants. And it is certainly exciting enough to view human civilization, its changes and disturbances not only through the limited vision of the politicians, urban or traffic planners. So bees help here, too.

All this and much more besides - the project generates any amount of intellectual honey - can be read in a marvelously designed "Bee Journal Vol. 1", edited by, appropriately, a man called Andreas Bee, and in which the strangest aspects of the relationship between humans and bees are presented in a manner as instructive as it is entertaining, creating much food for thought. The spectrum ranges from poems, fairytales, song texts and Bible stories through to the entries under "bee" in the "Manual of German Superstititions". And it is all crowned by Marcel Beyer's entrancing reflections in "Reading My Bee's Year" on bees, writers and writing, on aromatic words that swarm on pages before doing battle with the drones, and all about how observation and imagination permeate each other.

If art isn't as sweet as honey, then we should remember Joseph Beuys' adage: Give me Honey! In cultural matters we should bear in mind Muhammad Ali's 1974 announcement, back when he was still called Cassius Clay and was readying for the fight against George Foreman in Kinshasa (it went down in history as the "Rumble in the Jungle") that he would "Float like a butterfly, sting like a bee." 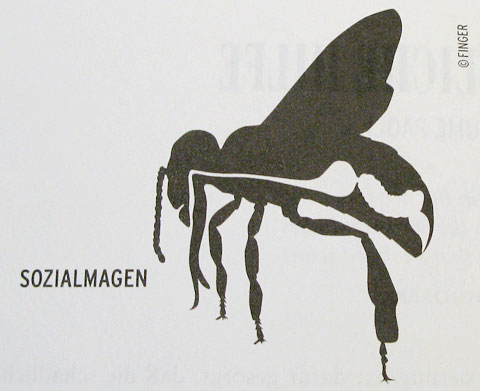 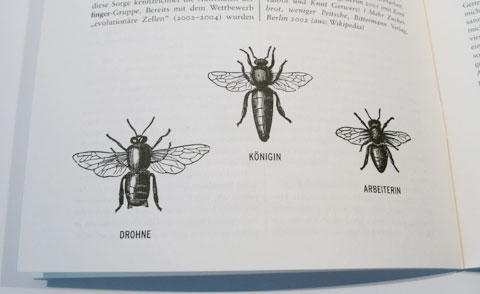 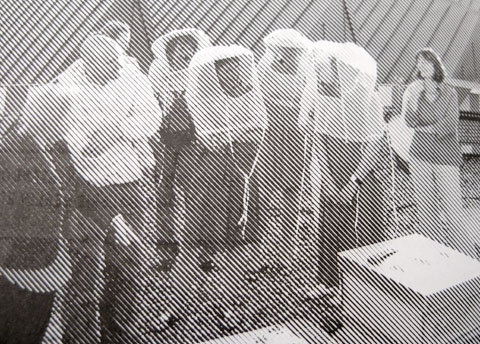 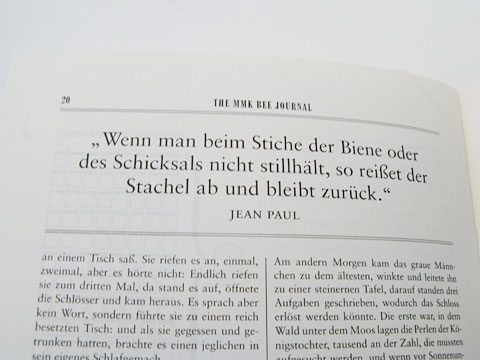 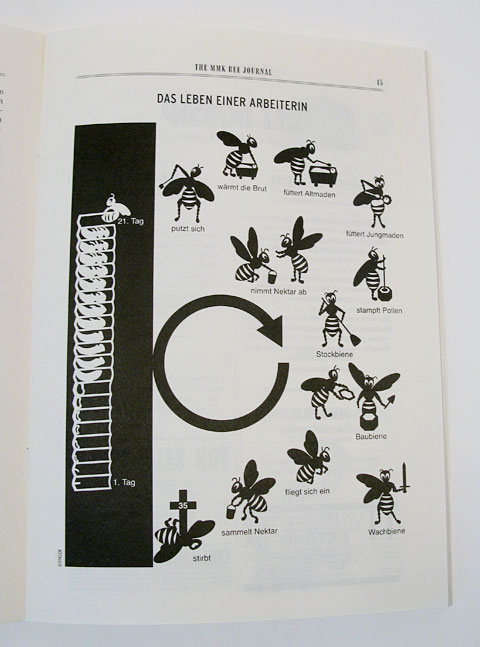 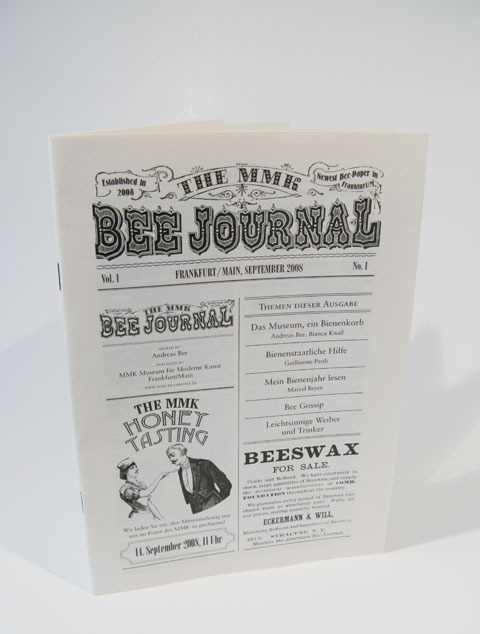 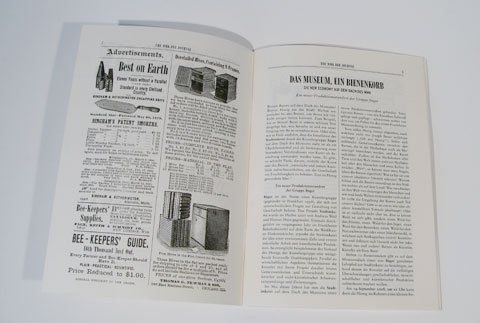 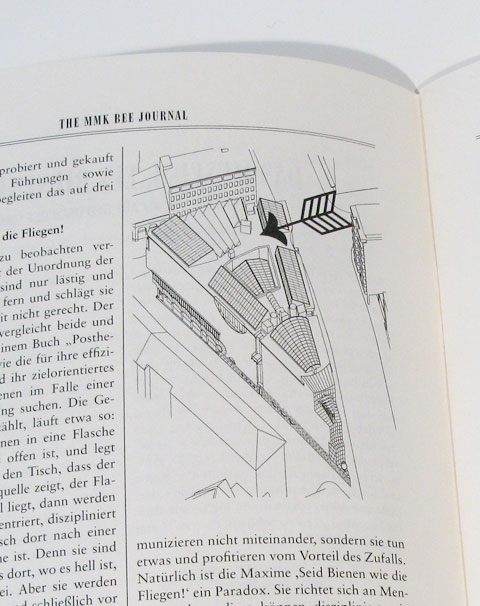 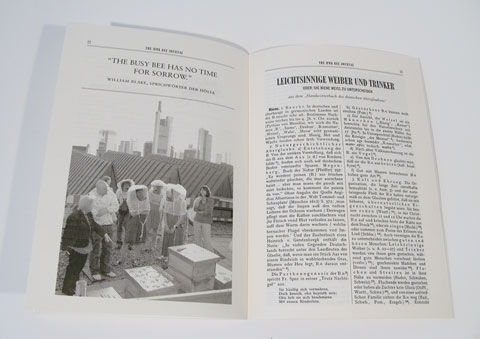 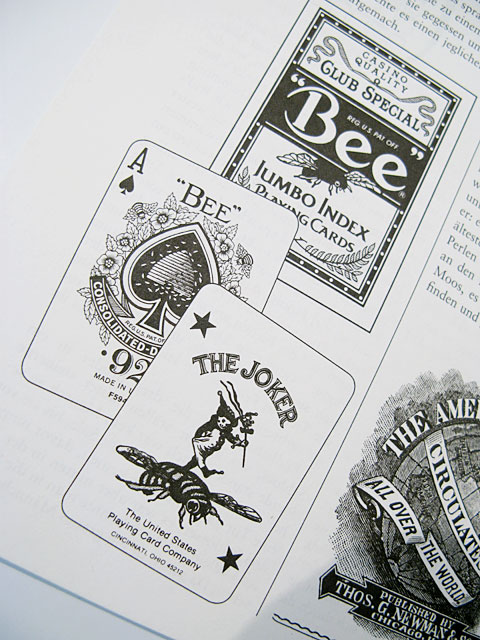 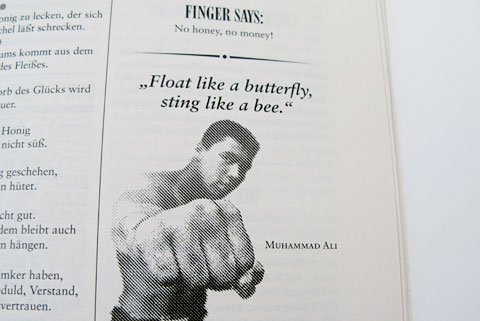