There’s a time for everything: life, learning, loving – and design. If, within the field of design, one focuses on the topic of “eating and drinking”, then you soon notice what an incredible change has taken place here in recent decades. When it comes to enjoying coffee, for example, no one today thinks of a 12-piece service, the pretty pot into which the coffee slowly dripped, traveling through the porcelain filter holder. Instead, the talk is of the pressure level of your fully automated espresso machine, about carton vs. thermo-cups, and about a long spoon for your Latte Macchiato glass. As society has become more mobile and coffee and tea drinking habits thus changed, so a completely new field has opened up for designers. The same is true of TVs and of course computers, which now have an immense influence on our everyday lives and our eating habits: If people sit on the couch to eat, then they need deep plates or bowls, best of all with a kind of handle, as these are more practical than large flat plates which meals can all too easily slide off.

Such changes in habits prompt a fundamentally different way of thinking: What design classics for the table or kitchen are still relevant? What requirements must an object with a contemporary design now fulfill? And how does this impact on the shape? In the Wilhelm Wagenfeld Haus in Bremen, the exhibition of course take that pioneer of product design as its starting point. A Bauhaus student, Wagenfeld did not dabble in unique designs, but focused on form and function: “I consider artistic efficacy in our industries as a personal creative input that does not dissipate in some purportedly original items, but rather must recognize that an anonymous shape can be the perfection of an object. Where appliances and furniture are so beautifully designed as to go unnoticed, where they are so light and so well fulfill their purpose that no one asks who dreamed them up or devised the shape, that is where that mindset has been at work which I believe brings out the essence of things.” Thus spake Wilhelm Wagenfeld, as quoted in the show in Bremen. Be it the teapot for Jenaer Glaswerke, the “Max und Moritz” salt and pepper pots for WMF or the “Weiss” service for Fürstenberg, in each case Wilhelm Wagenfeld designed everyday objects that to this day are well-known and much cherished world-wide. More or less the same is true of the two Finns Tapio Wirkkala and Timo Sarpaneva, who, while somewhat younger than Wagenfeld, were considered easily just as much the style to follow in Europe and the USA.

What has changed since the end of the 20th century, or more specifically since the 1950s and 1970s? Is the outlook championed by Wilhelm Wagenfeld and his contemporaries, who had their finger on the pulse of social change at that time and had this feed into their designs, still of relevance or even applicable in design praxis today? The Wilhelm Wagenfeld Foundation asked 11 international designers of different ages and cultural backgrounds just this: Aldo Bakker, Sebastian Bergne, Naoto Fukasawa, Ruth Gurvich, Alfredo Häberli, Ineke Hans, Kap-San Hwang, Hanna Krüger, Polka, Barbara Schmidt and Scholten & Baijings.

The result: an original potpourri of clear thoughts on the use of tableware, serviettes and carafes, on social changes, design proposals and preferences, on the meaning of old and new materials, techniques, technologies, and decors. The answers are not just to be found on paper, but also take the shape of objects, such as cutlery and tableware, bowls and chopping boards, glasses and pitchers, not to mention specially invented bits and pieces and small found objects. On show are items that represent the current state of things in the global world of the culture of eating and dining, in vitrines sized 2 x 2 meters. Wagenfeld’s objects alone take up two vitrines, while curators Beate Manske (Managing Director of the Wilhelm Wagenfeld Foundation), Jakob Gebert (Professor of Furniture Design and Exhibition Architecture in Kassel) and Hanna Krüger (Product Designer from Kassel) have assigned each of the other designers one illuminated vitrine – it is the three classics that greet you on entering the show.

You need to take a little time walking round the show, as a swift glance here or there is not enough. And there’s a lot to read and digest: quotes from the designers on the walls, and more or less extensive explanations wrap around the edges of the vitrines, describing the materials used, the social changes that impact on the designs, and how utilitarian or free the respective items are supposed to be. The topic is certainly original, as you’ll probably often find yourself asking you’re your own habits are and whether and how your own habits have changed when it comes to food and beverages.

And there’s more on show in Bremen too: The exhibits are complemented by photographs by Tanja Jürgensen. Based in Kassel, she placed exhibits in the hands of Bremen citizens of various age groups and from a wide range of professions, and then captured the ensuring interaction on film. Sometimes you can discern the portrayed person’s home surroundings, shedding light on the decisive aspect of design: The objects are made to be used. The photos thus provide a very down-to-earth document of the “state of things”. 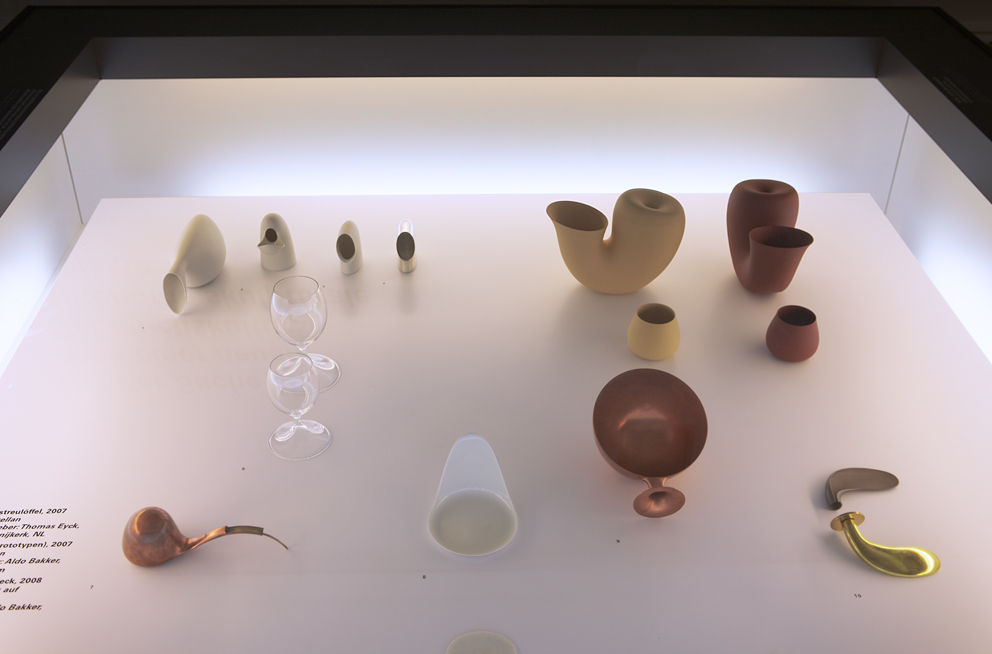 The visitors can see objects that reflect the current state of affairs of global dining table and culture in 2 by 2 meter display cabinets. Photo © Jens Gerber 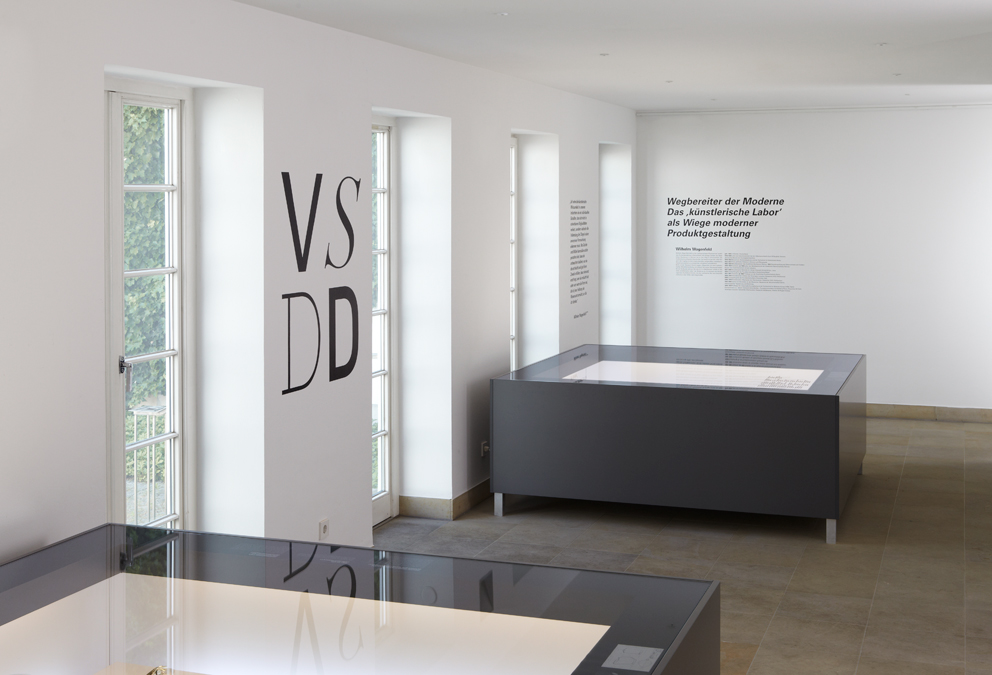 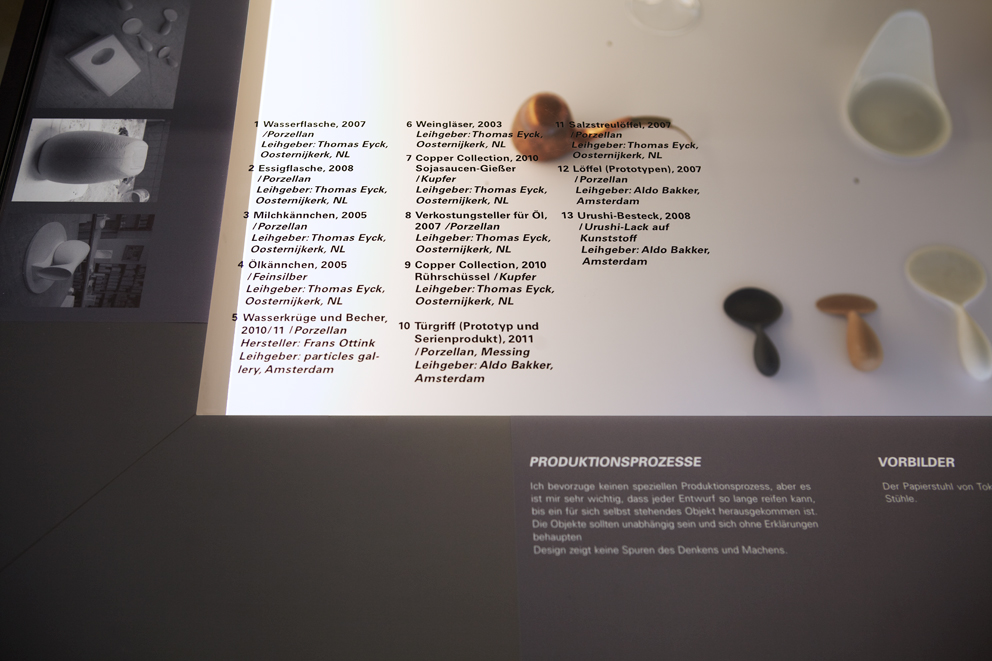 An original potpourri: The designers were allowed to comment with sketches, models or free work. Photo © Jens Gerber 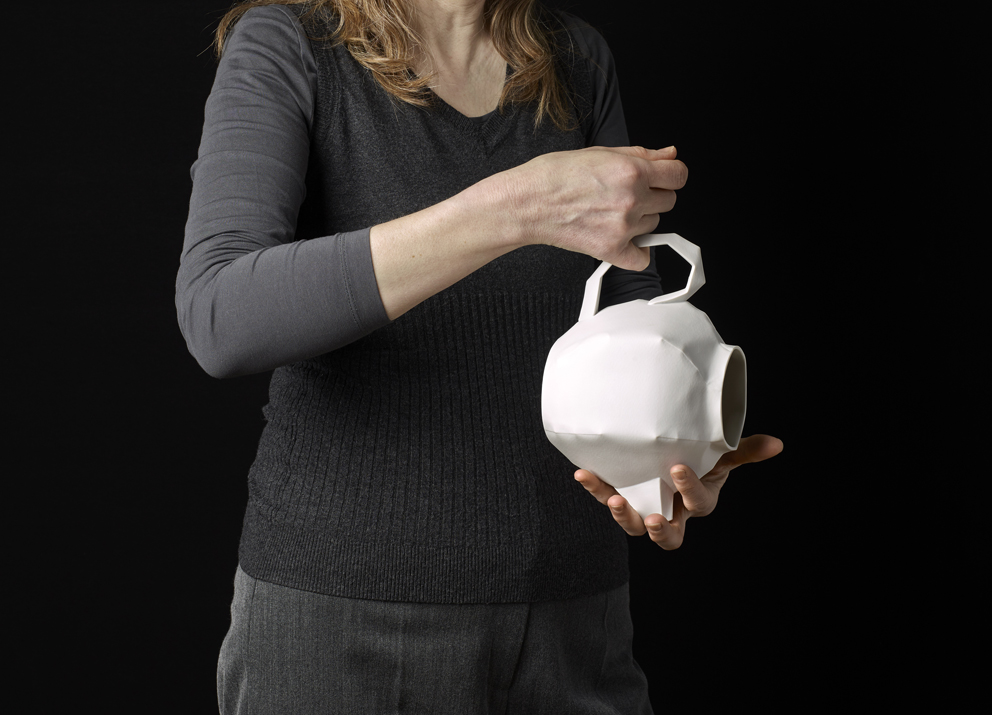 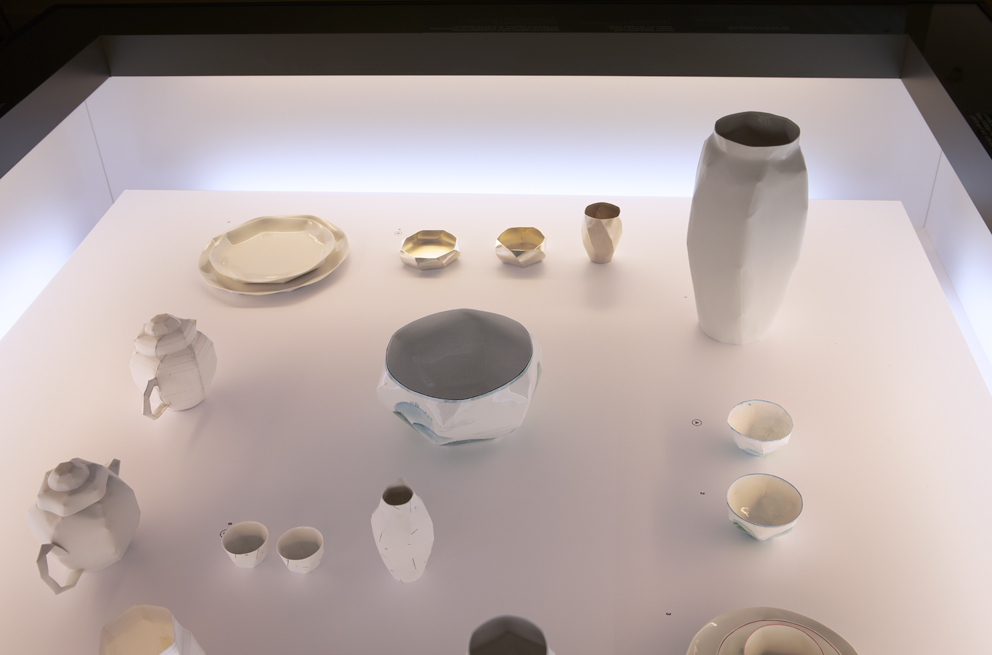 The objects by Wagenfeld are shown in two cabintes, every other designer has one illuminated display cabinet. Photo © Jens Gerber 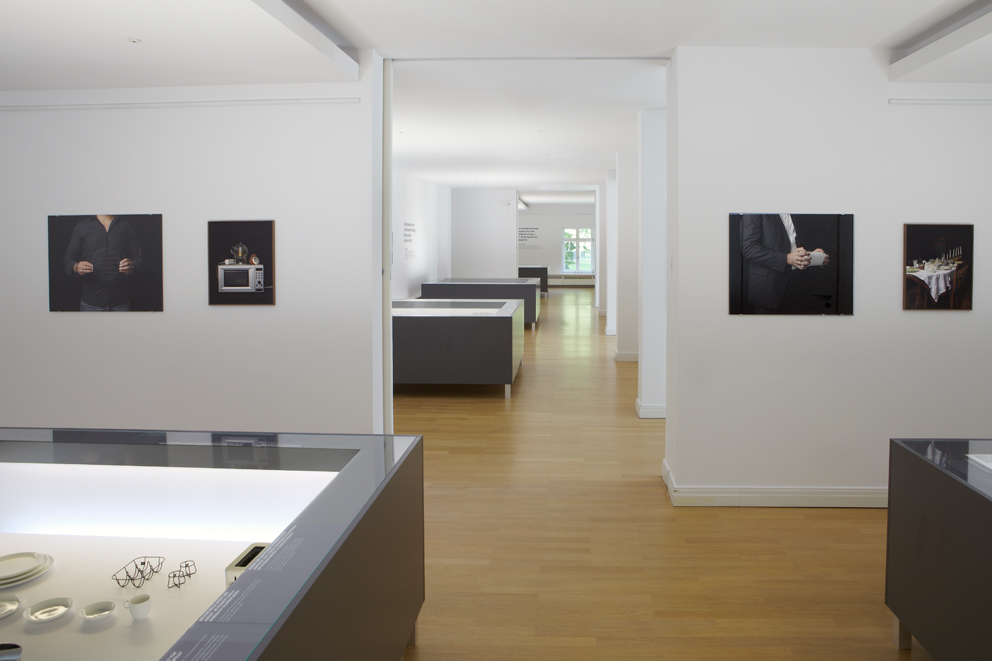 And there’s a lot to read and digest: quotes from the designers on the walls, and more or less extensive explanations wrap around the edges of the vitrines. Photo © Jens Gerber 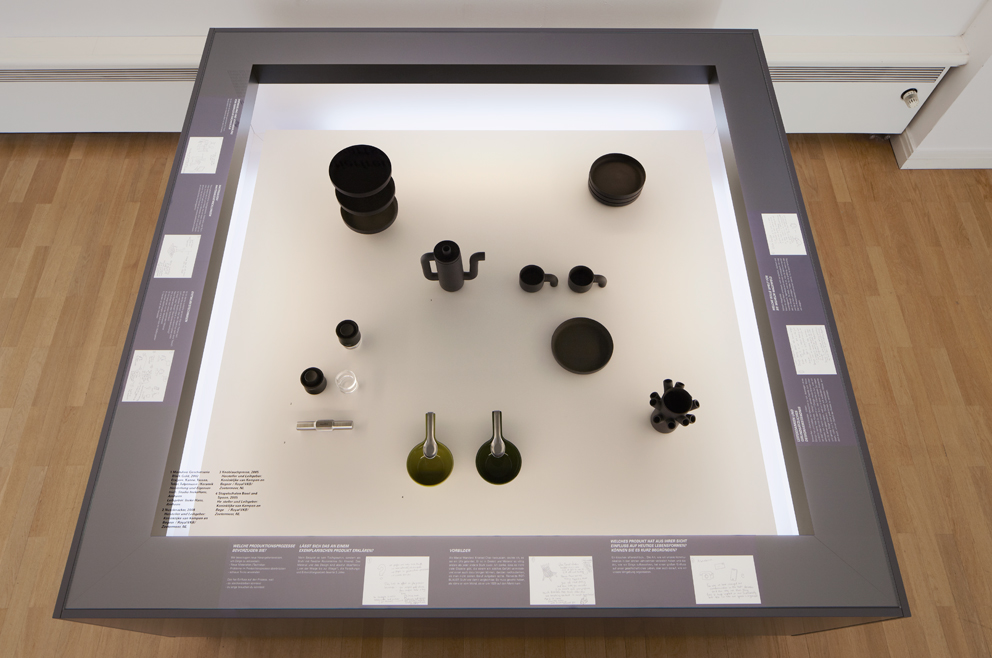 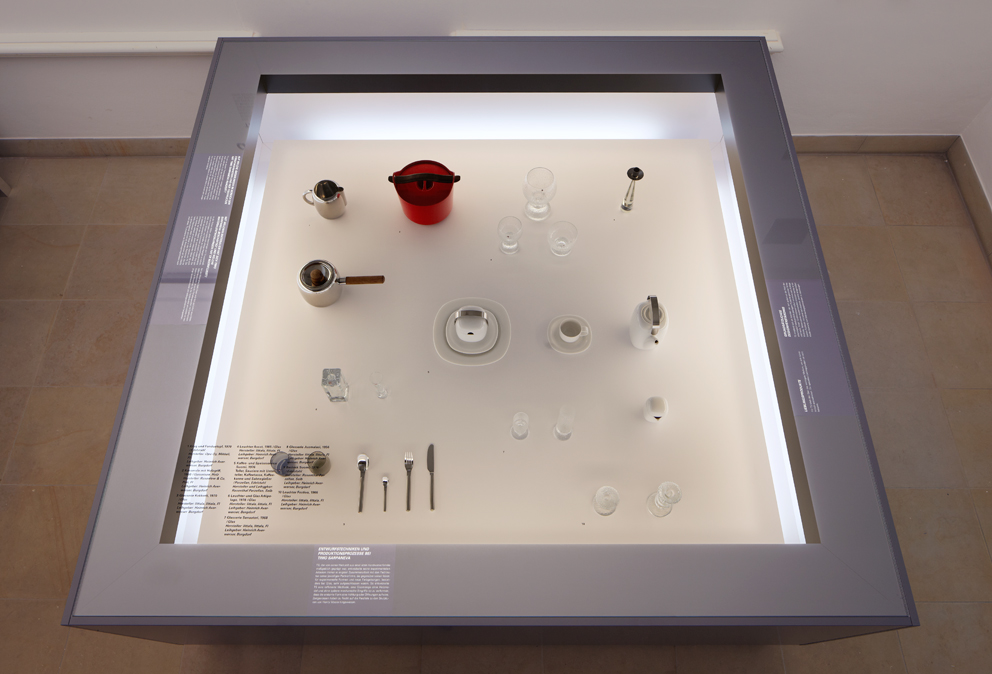 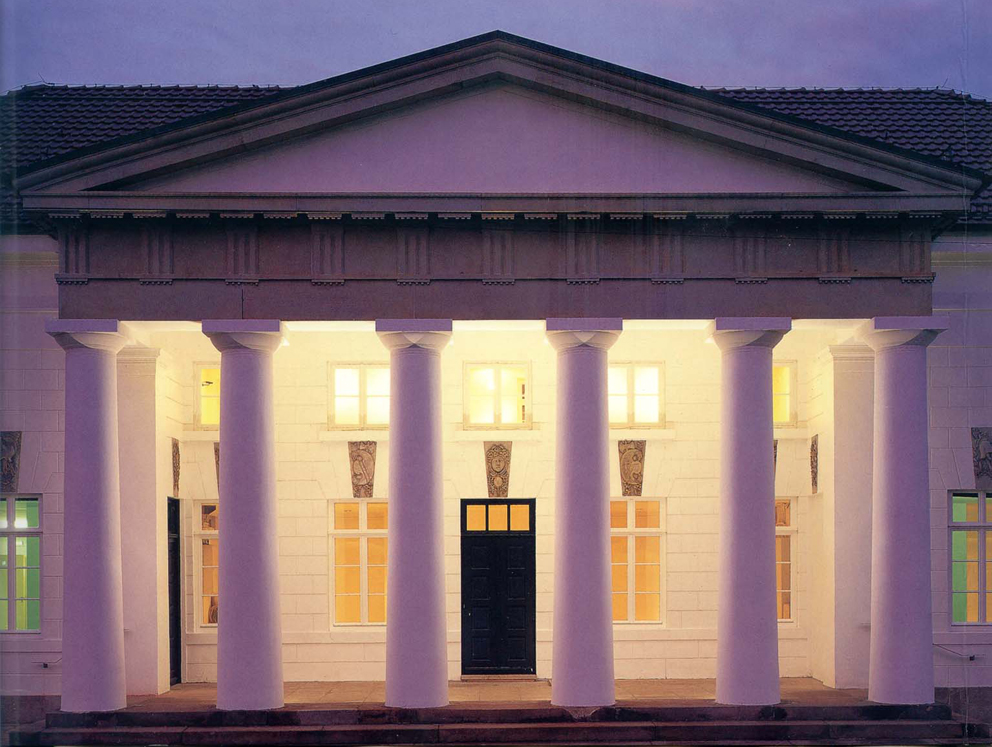