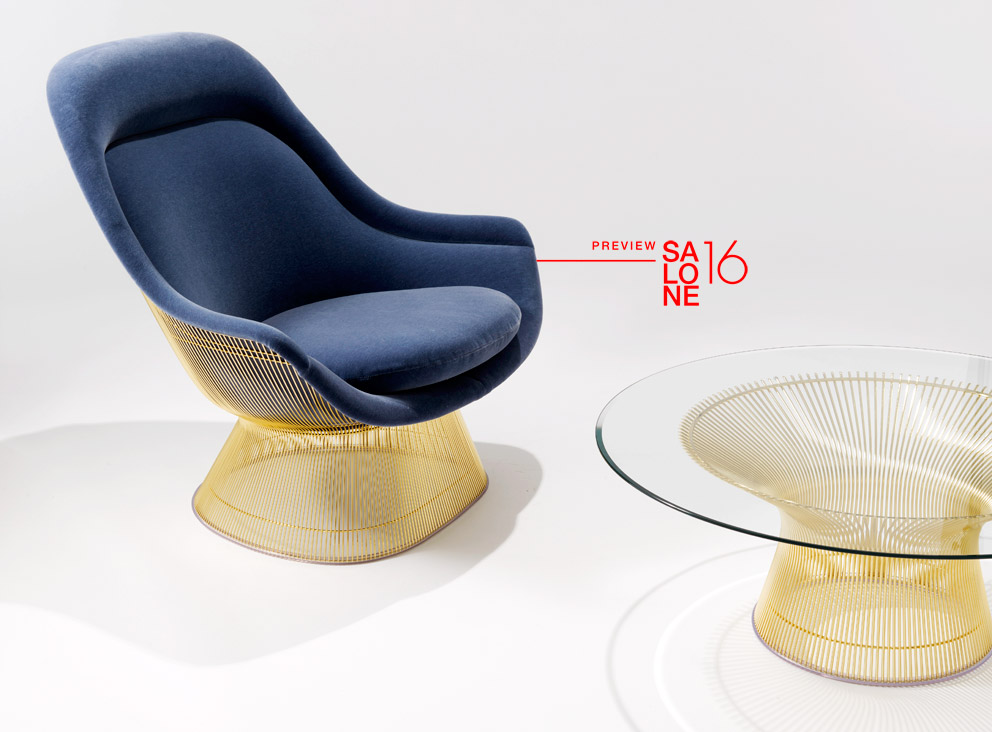 While the central banks in Europe and the United States are busy pumping more and more money into the economy and soon want to abolish cash, Knoll International is returning to the gold standard. This is meant to certainly cover the value of the furniture.

The fact is that to mark the 50th anniversary of the launch of the Platner Collection all the armchairs, chairs and tables are also available in a version with 18 carat gold plating. Warren Platner himself wanted to achieve this, but it proved impossible with the manufacturing methods of the day, and all he was able to do was float a nickel-plated version.

The same applies, so Knoll, to the gold-colored version with a beryllium allow of Harry Bertoia’s 1952 “Diamond Chair”, which is why this, too, now gleams in a golden version. Harry Bertoia would have turned 100 in 2015 and considered his furniture designs to be a continuation of his oeuvre as a sculptor – he created countless metal and aural sculptures. He once said of his chairs made of welded filigree metal mesh that they resembled sculptures, mainly made of air, which was why space moved through them. With or without the gold. (tw)