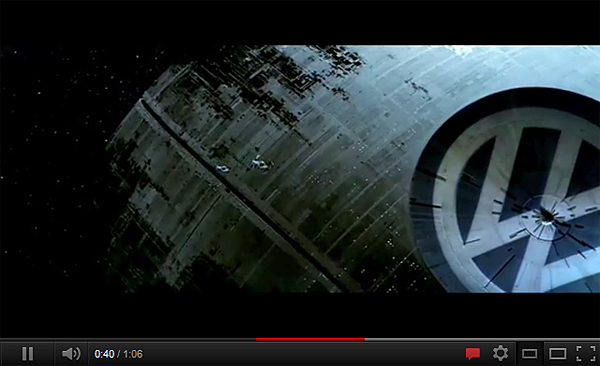 "VW: The Dark Side" by Greenpeace

At least in the commercials themselves there are usually no doubts about what we are supposed to buy. But who and what are we to believe when commercials are used to address ideologies in an ideological vein? Is capitalism per se warlike as Sahra Wagenknecht, the former figurehead of Germany's "Communist Platform", categorically claimed back in 2009 in an article that appeared in a peace journal issued known as the "Friedensjournal des Bundesausschusses Friedensratschlag". Are "capitalism and war" also two sides of the same coin in advertising? It certainly all sounds rather belligerent. Or are we supposed to believe Greenpeace, an organization of environmental activists, and which already carries peace in its name? Or perhaps industry, which in conformity with the system simply strives for more customers and profit?

What it's all about? Volkswagen caused a real stir a year ago in the United States with a commercial aired during the big game of the American National Football League, the Super Bowl, in which a midget Darth Vader tested his strength on a VW Passat. The commercial was immediately followed by a version featuring instead of Vader an equally young Thor – and incidentally the result was pretty destructive. (News & Stories 30 May, 2011). Shortly afterwards Greenpeace responded to Volkswagen's Darth Vader campaign with a commercial consisting of two episodes in which a swarm of children dressed in the costumes of Luke Skywalker and friends decided to play the "good guys" to confront the Prince of the Dark Force - with laser swords, naturally.

For all the irony that is surely at work here there is something dubious at least about whether it is appropriate for an organization like Greenpeace to play with warlike tools. When at the end of the first episode the tag reads: "VW is threatening our planet by opposing cuts to CO2 emissions", followed by the call "Join the rebellion", the simple schema being employed becomes clear: Here are the Bad Guys, there are the Good Guys. "The rebels strike back" is the name of the second episode in which there is no more fighting but in which a warring spaceship with VW written on it hovering above the Earth unfolds a banner that reads: "Save your planet! Greenpeace". At which Darth Vader immediately gives up and everyone begins to dance together. In the end we see the tag: "Together we can turn VW away from the Dark Side."

Oh if everything really were that simple. But it isn't. It is not just that we in Old Europe do not believe in the pattern that is as simple as it is popular in the States, namely that basically there is always "the Good" and "the Bad", and you only have to decide which side you are on, nor do we believe that if we want to change something it will change of its own accord. Is it not more the case that we are all caught up in a system that turns us into consumers and rebels, shareholders and environmental activists?

Is it a good sign, we wonder, that in a "teaser" for the current Super Bowl final Volkswagen has transformed the entire Stars Wars team into dogs that sit on pedestals and join forces to bark the melody of the science fiction story? Is everything ok now? Do we now have peace? What is sure is that once again the commercial will not be short of attention.

Twelve dogs barking the Imperial March in unison to which the troops of the Dark Empire in the Star Wars movies parade in goose step. Suddenly the leader of the Dark Side sits next to a dog that looks like Chewbacca, in other words that shaggy animal that fights side by side with Han Solo and Luke Skywalker for brightness, light and good. The enemies united in a choir – that takes us aback.

We might also speculate whether this sudden harmony refers to the vehicle hitting the US market in the first six months of the year, the "Jetta" with a hybrid engine that unites a combustion engine and electric motor under its bonnet? We will have to wait until the next Super Bowl on February 5 to see which advertising tagline will follow on from the canine choir. We would have put our money on hybrid. But our intuition has been proven wrong. The commercial just released has a much greater focus on – surprise, surprise – a sports competition. Not only does VW demonstrate that we gladly associate dogs with "beetles" – both of which have been brought back into shape for this spot –, but that we also – with a touch of irony and some self-reference thrown in – recognize a connection between in their commercials. Even if it is now called: "The Dog strikes back" – one can always bank on the power of Darth Vader. Whether Greenpeace has a response up their sleeve? We'll just have to wait and see...

The following have already appeared as part of our series on animals in advertising:
› "Man's best friend"
› "Bear with us!"

"VW: The Dark Side" by Greenpeace 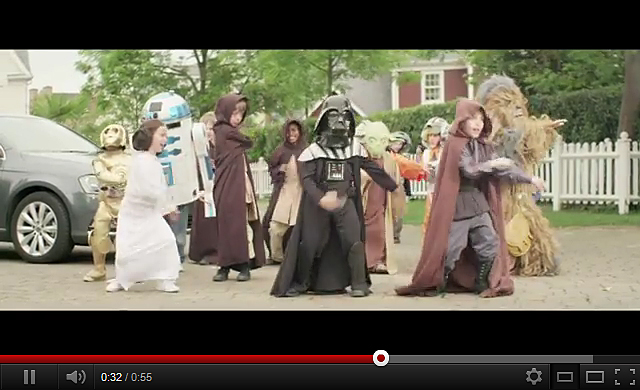 "VW The Dark Side Episode II" by Greenpeace 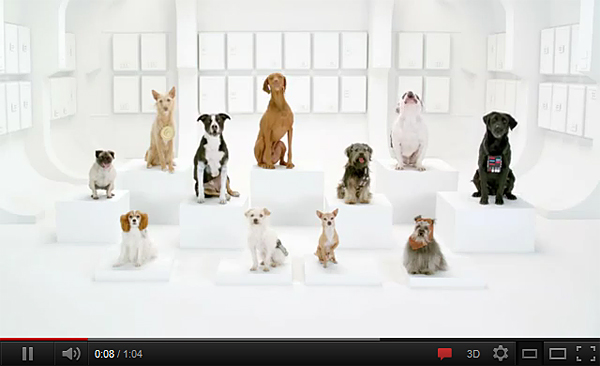 "The Bark Side: 2012 Volkswagen Game Day Commercial Teaser" by Volkswagen 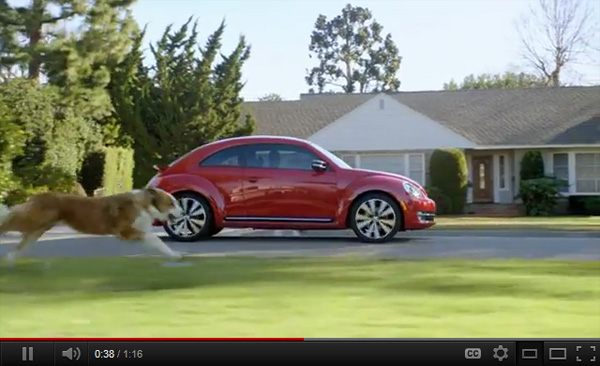 "The Dog Strikes Back: 2012 Volkswagen Game Day Commercial" by Volkswagen 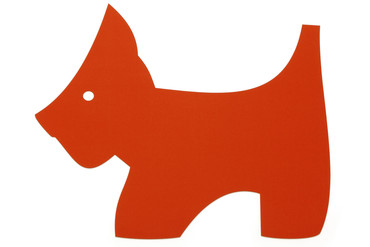 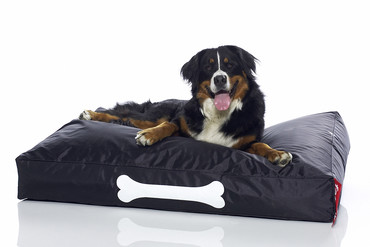 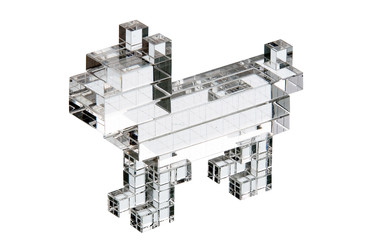