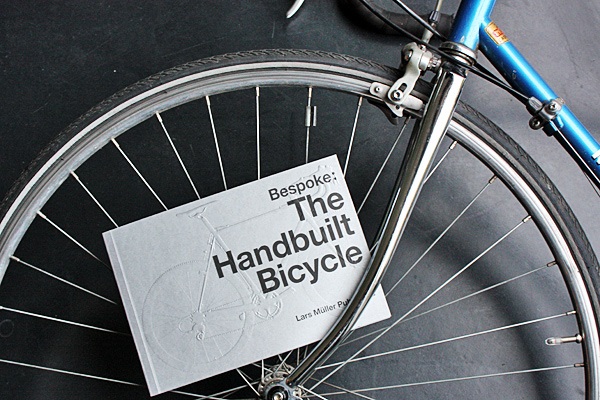 Rationality is sometimes not so far removed from emotionality as one might think. As becomes clear from a glance at an everyday object: the bicycle. Measured in terms of efficiency, i.e., the energy that a person uses to cycle, and the result, i.e., the speed, there's no beating the bike. A few semi-powerful pushes of the pedals and you're already rolling: Relatively little energy for a relatively great speed. Rationally speaking, there's nothing better. Nor is there emotional, either. You needn't be infected by the bike virus yourself to realize how irrational "homo oeconomicus" considers the cyclist.

You see grown men their eyes wide, wide open, suddenly resembling little boys. You see schoolboys, radiant with joy. Standing and gazing at bicycles. Yes. Not cars. Not planes. Not yachts. And certainly not furniture, that irrational albeit utilitarian décor. No: In front of bicycles. In front of reason. And unable to control their delight. No plain vanilla. Hand-built. With a lead-time of years, and prices that can easily top 15,000 bucks. Standing in New York City, in the Museum of Arts and Design. It was here that the exhibition was held that was accompanied by the book "Bespoke: The Handbuilt Bicycle", brought out by Lars Müller Publishers. The name of the publishing company already says much about the expectations the reader can rightly have. As Lars Müller loves books. And the exhibition organizers love bicycles. A combination that is a joy.

The exhibition was created by entrepreneur and cycle enthusiast Michael Maharam and Sacha White, who has also made a name for himself among insiders as a bike-makers and entrepreneurs. The show was part of an series for which guest curators designed the exhibitions in the rooms of the MADProject Gallery. The editorial side of the accompanying book was developed by Juli Lasky. A picture book, lovingly compiled, high-quality production and with a design to fit the subject. A book that does resists the temptation to curry significance with lengthy texts and instead confidently goes for aesthetics – while still providing the necessary data on the protagonists.

Needless to say, an exhibition cannot tell the story of the bike, let alone that of bike racing or transport by bike. The exhibition takes an approach that would be somewhat unorthodox for Europe. After all, here in Europe, people still believe that a museum is the sovereign domain of cultural production and endeavor, while companies are baser institutions, where capital-driven evil minds always seek only to maximize their own profits. A museum, by contrast, does not want to act as an advertising medium for the bigshots, simply pumping up the tires of the commodity world. Classical ideological reservations, as it were.

In the United States it is far easier to take the angle that we need companies, and the people in them, to get progress moving. What counts in the United States is if someone achieves, creates or realizes something outstanding. Which is why an exhibition can allow itself to focus on six companies who are united by one thing: All of them manufacturer bicycles of great simplicity and the utmost functionality. Machines that appeal to the emotions. The result is six corporate profiles, character descriptions, stances. Or rather six philosophies on riding bicycles.

Let me remark en passant: Small wonder that the notion of cyclosophy is so popular. Hardly a city in Germany, Austria or Switzerland that does not have a store dedicated to the discipline. In Cologne, where the author lives, one prime example of the craft is a store where an Argentine mechanic keeps the city supplied with "Fixies" or fixed-wheel bikes, those courier models that have no gears, not back-wheel brake and can be considered the epitome of irrationality in urban traffic. Or as a very special view of the world, seen in light of the philosophy of cycling.

The exhibition and the book present six ways of thinking in the form of six views on bikes. Short texts give an insight into how each mindset came about and what is special about it. Cycle fans will be as familiar with the name Sacha White, founder of Vanilla, as they are with Brook's saddles. White's minimalism, his true obsession with the finer details, make his urban bikes into one-off items of magical appeal. It is as if uniqueness were more important than any other criteria. Jeff Jones' mountain bikes take the use of titanium to new heights. Dario Pegoretti, the only man representing Europe, is dedicated fully to racing. Named "frame-maker of the year 2008", he sets the standard when it comes to hand-built racing frames worldwide. The difference to Peter Weigle could not be greater, who is specialized in bikes for the true long-haul. Even if now and again he relies on racing handlebars, his bikes seek to be a joy to ride even if you spend days on end in the saddle. Mike Flanigan, by contrast, champions a very different approach to movement that hinges on geometrical audacity. The result are transport bikes, or minimalist classics such that you would be forgiven for not realizing they are brand new. Richard Sachs then offers insights into building racing bikes with a frame geometry that is clearly indebted to the 1970s; the bicycles are first complete, however, with the ultramodern components that Sachs uses. And he has three golden rules: the bikes are always made for racing, are made of steel, and are red.

The book could tell thousands of such stories and the topic of custom-built bikes has certainly not been fully covered by the exhibition or the book. For lovers of beautiful bikes it is a real treat, though. And for all other lovers of great design it is too. No doubt it will take a firm place on the bookshelves of all bike enthusiasts. 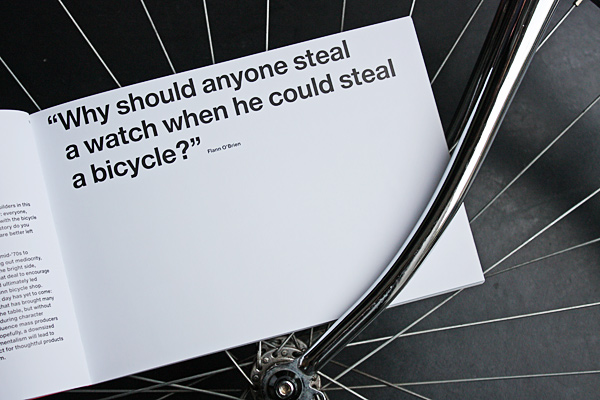 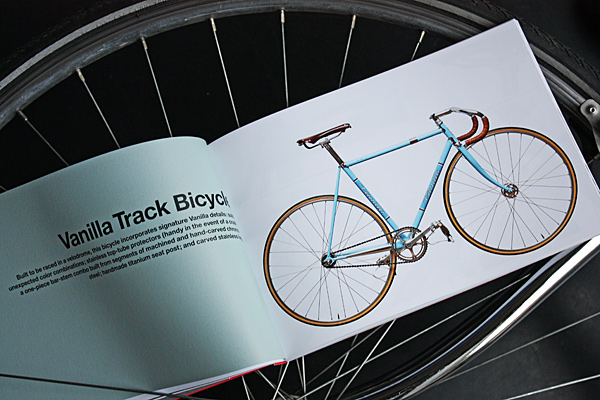 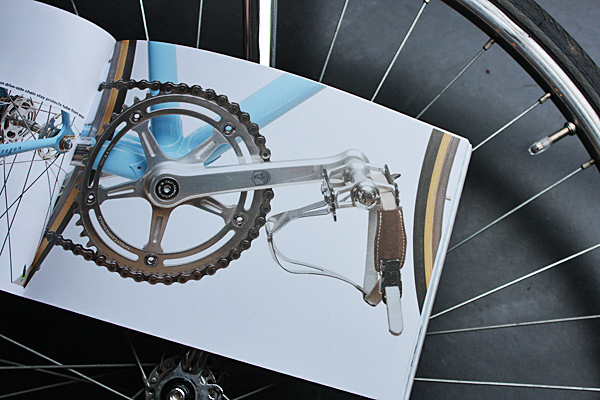 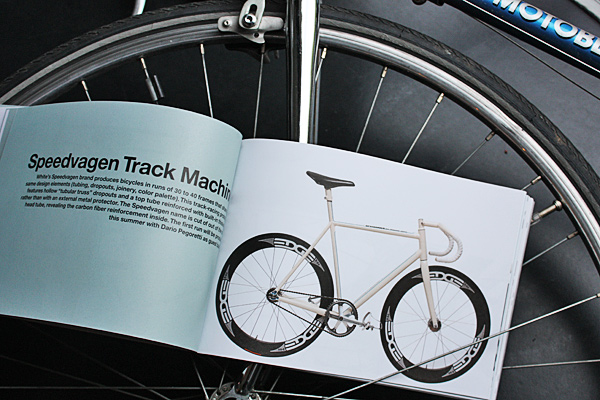 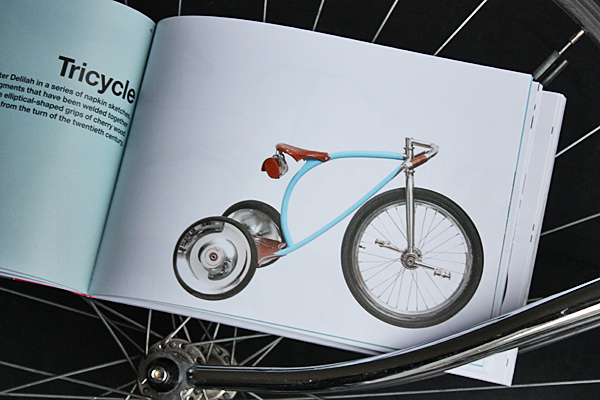 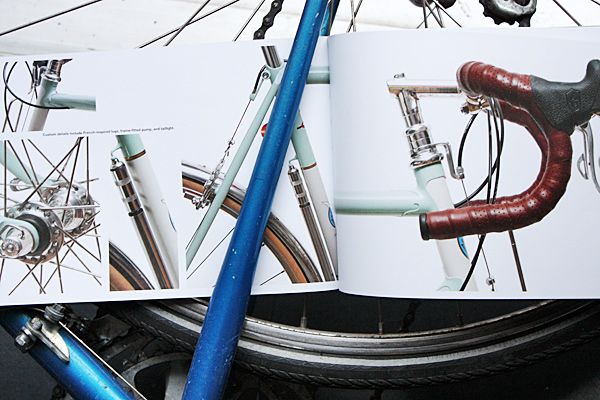 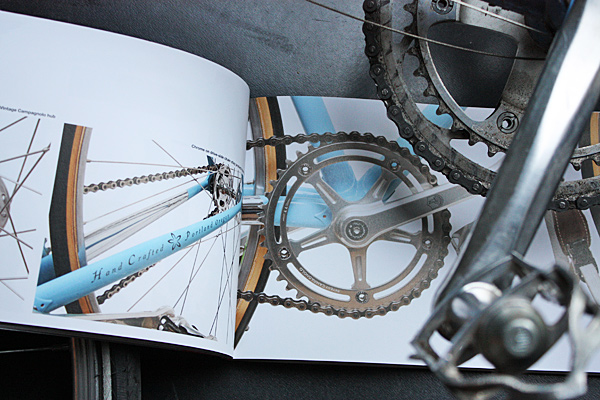 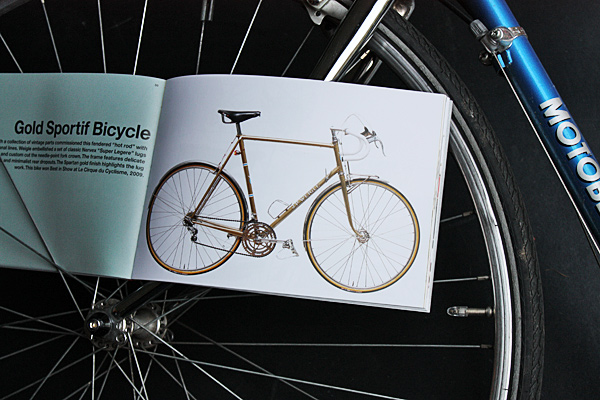 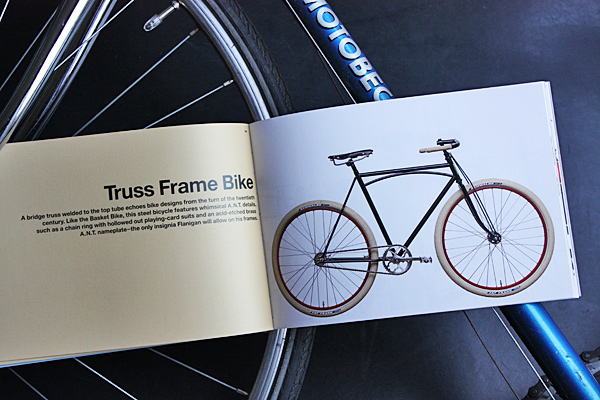 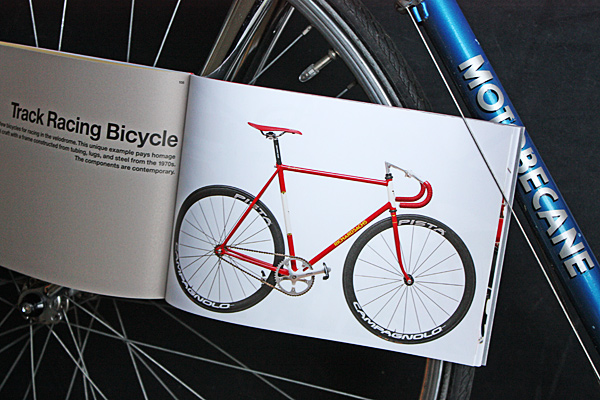 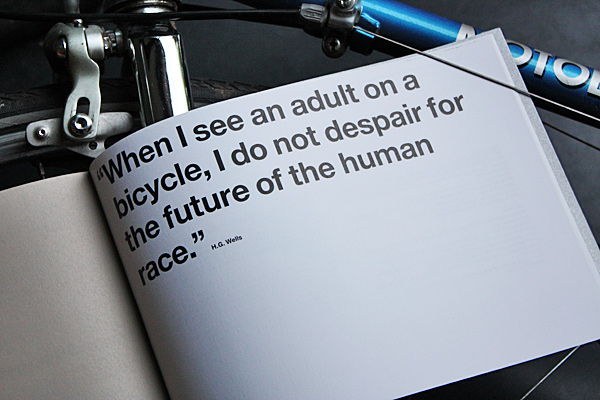 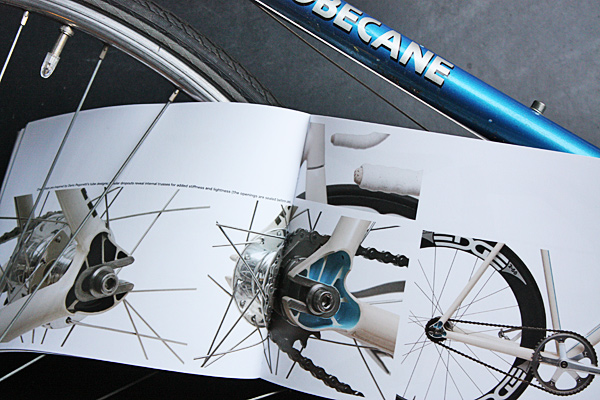