The time has come around again for the Salone Internazionale del Mobile in Milan to open its doors and for the design world to flock to the northern Italian city. And, as always, the question that's being asked is: who has the most beautiful new things to offer? Here is a small foretaste.

What is noticeable if you look at the list of exhibitors and hall plan is that, this year, a new variety is on offer in Milan. The withdrawal, among others, of Poltrona Frau, a big group whose members, Cassina, Cappellini, Alias and Co., will be exhibiting only at the city's Fuorisalone and relevant showrooms, has freed up a lot of space, which is being used by smaller, international companies, new to Milan. This will invigorate the fair.

As far as major innovations are concerned, we have already assembled a selection for you now in order to help structure your visit to the huge exhibition site in advance.

The company Magis (Hall 12, C01) are offering a veritable firework of innovations. As well as a continuation of the successful collaboration with Konstantin Grcic, which we have to thank for Chair One and which, this year, will be launching the "360° stool, chair and table", we can look forward to Jasper Morrison's Trattoria chair and the old master, Pierre Paulin's Elysee bookcase.

Plank (Hall 8, D37), a manufacturer from northern Italy, who has become a legend himself in recent times with his Myto plastic cantilever chair, co-developed with BASF and Konstantin Grcic, will be presenting a new project by Konstantin Grcic. The Monza armchair combines wood and synthetic materials and, in turn, Plank's arts and crafts roots which feature the characteristic hallmarks of modern industrial designs.

Vitra (Hall 12, C05 - D06) presents the Chair „Vegetal" of the brothers Bouroullec, which was already shown during the designers' Saturday in Langenthal last November.

Richard Lampert (Hall 12, E07), who thrilled us in Cologne with their "Landed" installation by Eric Degenhardt, comes to Milan with the "Prater Chair" by Marco Dessi. Tecta (Hall 8, F36) will be showing a new interpretation of the classic trolley "M4R/M4RS".

The Arper display (Hall 8, A27) is something to look forward to with particular excitement. In addition to a collaboration involving the designer trio Lievore/Altherr/Molina, a proven success, who will be presenting "Saari", a new chair collection in Milan, Arper will be showing an elegant table, "Nuur", from the pen of Briton Simon Pengelly.

The major presence of Konstantin Grcic also features in the table project "Table B" by Spanish manufacturer Bd Barcelona (Hall 8, C41). The table is available in wood, steel and stone and has the potential to become a new classic. In any event, it will turn Bd Barcelona into one of the top manufacturers in Italy and Germany.

Regrettably, we were unable to find out much in advance about the new chair project by Stefan Diez for e15 (Hall 12, e16) so we'll just have to wait and see!

Traditionally, Moroso (Hall 8, C25) has regularly produced one of the most attractive and creative appearances. This is primarily thanks to the exuberant creative passion of Patrizia Moroso. This year will again see an exciting mix of prototypes and new products. The new sofa collection by Swedish design group Front and the "Fergana" collection by Patricia Urquiola, who has been a top international designer for many years and always comes up with surprising new ideas, definitely needs to be singled out.

One of the most successful designers of the moment is Belgian Xavier Lust. His "Virgo" bookcase and "Source" table for Driade will be among the exhibits on show in Milan (Hall 8, D25).

B-Line (Hall 8, E42) with "Zig Zag" by Aziz Ariyer and Pallucco (Hall 8, C35) with "Itaipu" by Philippe Bestenheider also pick up on the trend of developing new shelving systems.

Massimo Mariani's "Vita" shelving system for MDF Italia (Hall 8, C28) is certain to attract as much attention as the "653 Loto/654 Ninfea" outdoor table range by Ludovica and Roberto Palomba for Zanotta (Hall 8, A23) and Carlo Colombo's "Intrecci"-Sofaserie for EMU (Hall 12, E22).

And if there's any time left over, make sure you pay a quick visit to the Salone Satellite, the fair's forum for young designers where you can discover the new products and stars of tomorrow. 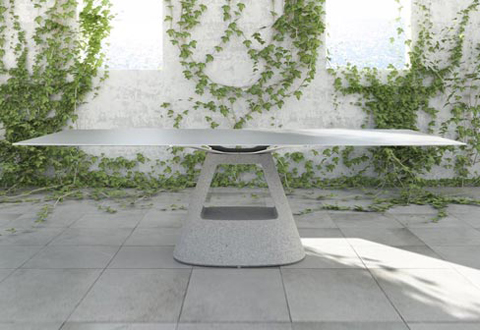 Table B by Konstantin Grcic for BD Barcelona Design

Table B by Konstantin Grcic for BD Barcelona Design 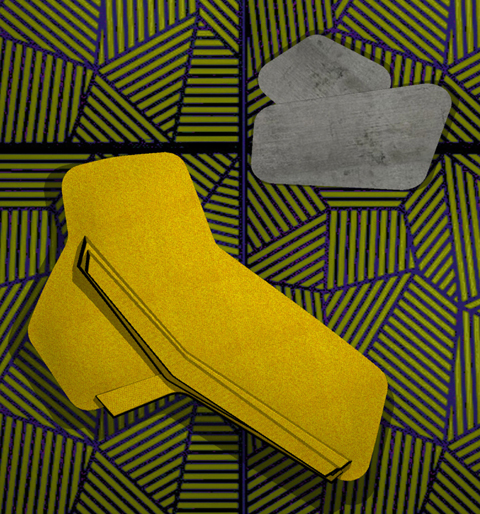 Rift by Patricia Urquiola for Moroso

Rift by Patricia Urquiola for Moroso 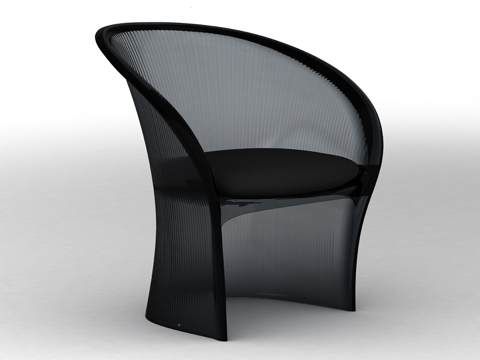 Flower by Pierre Paulin for Magis 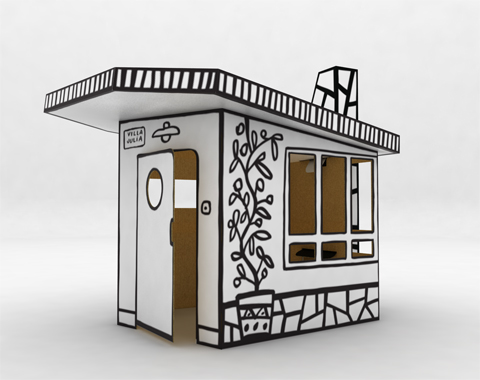 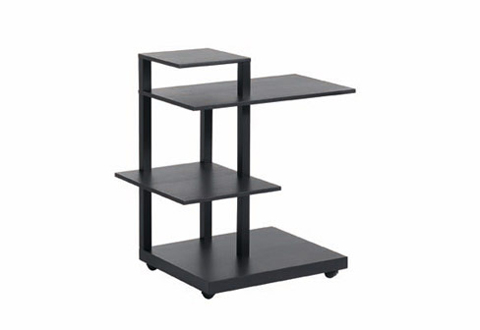 Mak by Guiseppe Chigiotti for Driade 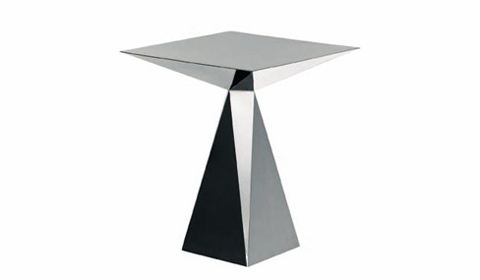 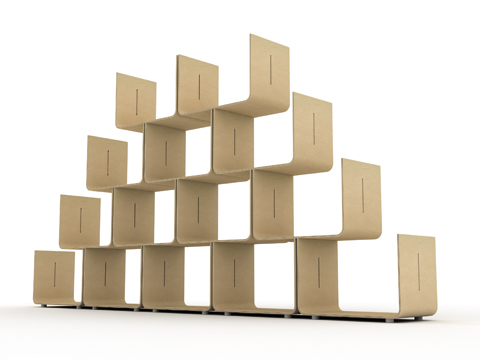 Elysee by Pierre Paulin for Magis 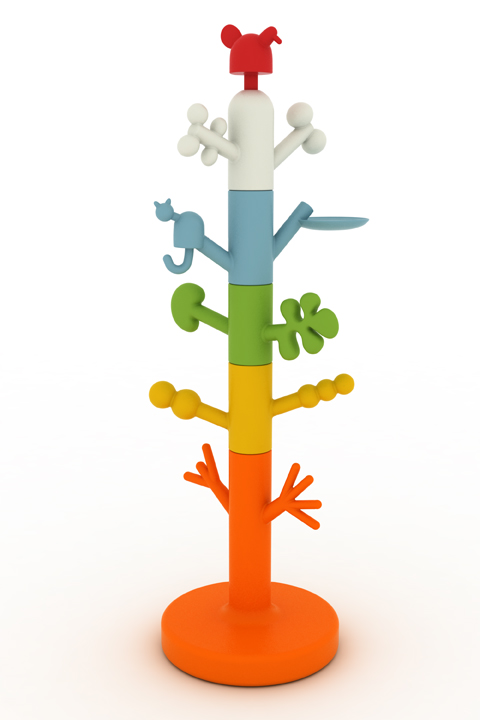 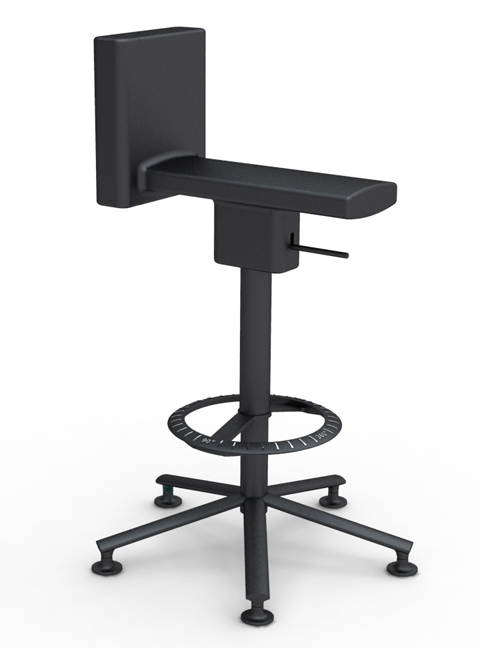 360° stool by Konstantin Grcic for Magis 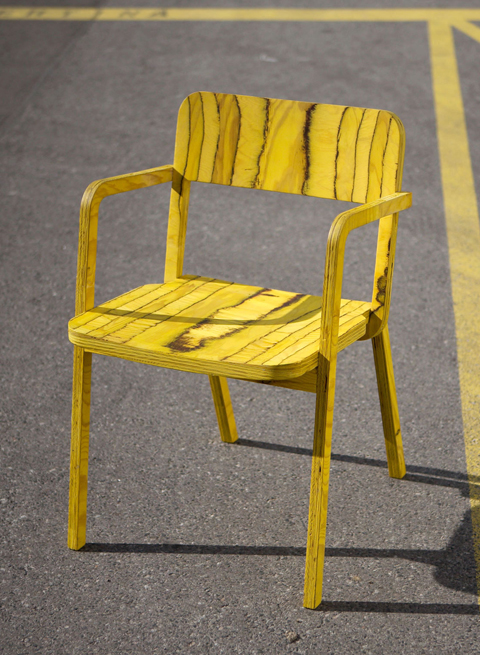 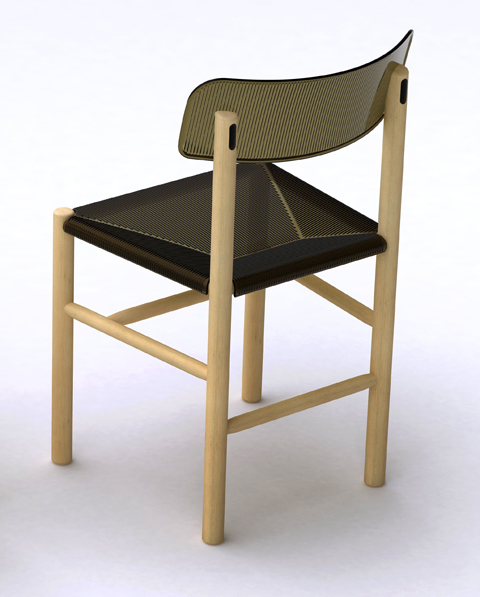 Trattoria by Jasper Morrison for Magis 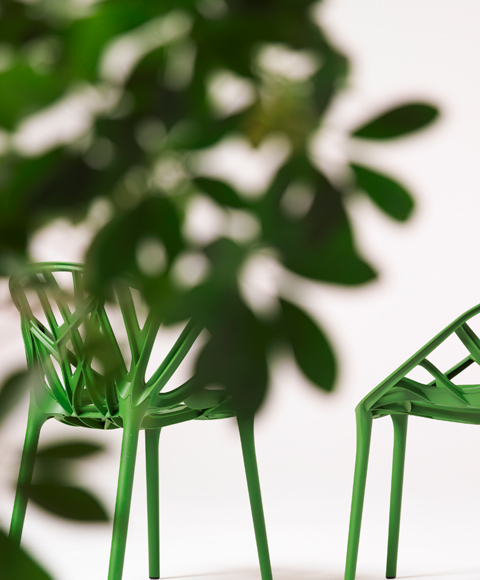 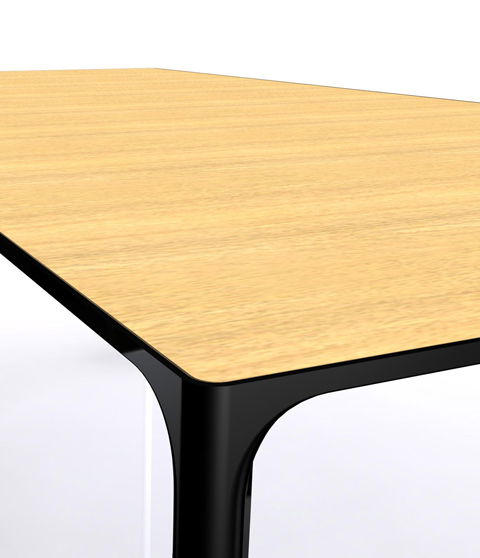 Nuur by Simon Pengelly for arper 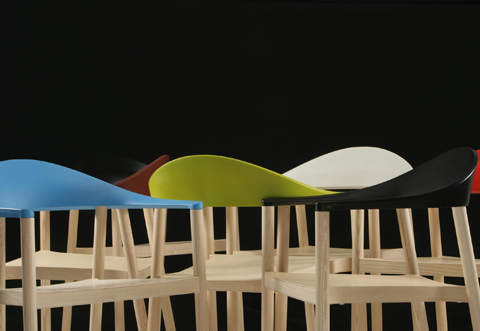 Monza by Konstantin Grcic for Plank 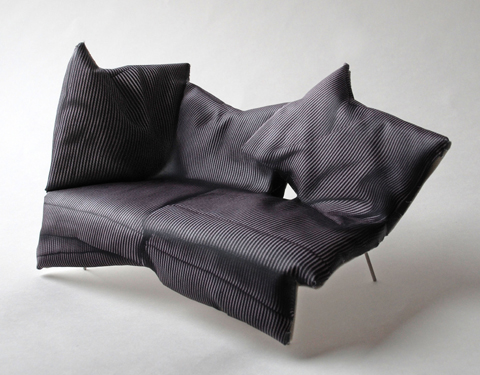 Sofa 1 by Front for Moroso 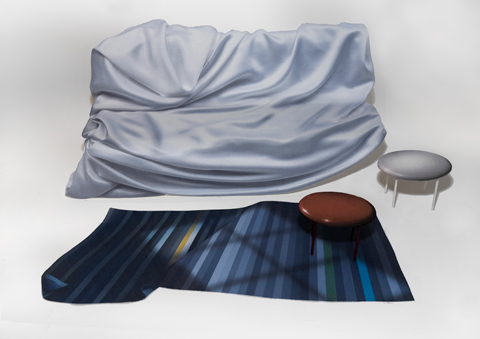 Sofa 2 by Front for Moroso 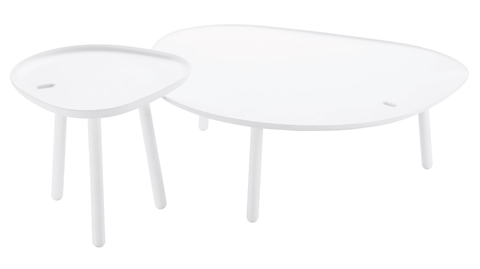 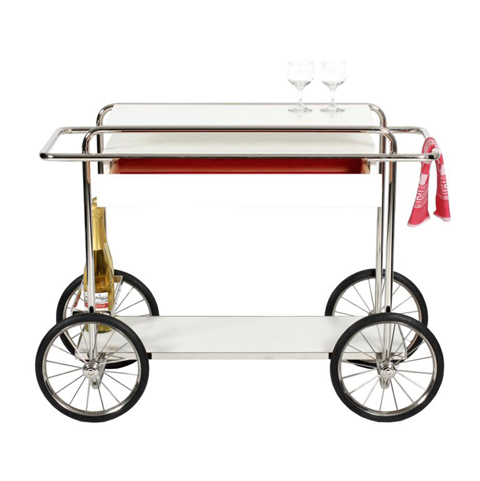 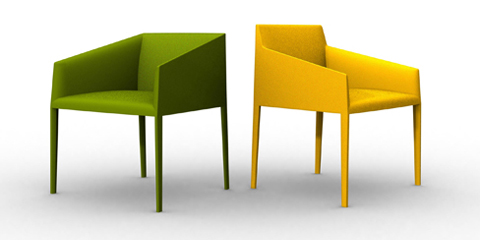