Oscar Niemeyer, seminal Brazilian architect and revolutionary of Modern architecture, sadly passed away on December 5 of last year, just a few days short of his 105th birthday. The architect’s signature style, which replaces strict lines and orthogonality with soft contours and a formal vocabulary replete with curves and rounded edges, has long since found a new lease of life in buildings by some of architecture’s biggest names today, such as Jean Nouvel and Zaha Hadid. Yet many lesser-known architects are also heavily influenced by this titan of architecture, an influence that manifestly flows into their works; this includes for example the team at Jesús Torres García who recently created a building which underlying concept underlying is, by their own admission, based on the design principles advocated by Oscar Niemeyer.

“It is not the right angle that attracts me, nor the straight line, hard and inflexible, created by man. What attracts me is the free and sensual curve — the curve that I find in the mountains of my country, in the sinuous course of its rivers, in the body of the beloved woman.” - Oscar Niemeyer

The end of 2012 saw the completion of the “Non Program Pavilion” by Jesús Torres García on a 263-square-meter plot in the picturesque town of Salobreña in the southern Spanish province of Grenada, Andalucía. In answer to the question “How do you build in a natural landscape?” the architects opted primarily for materials that blend harmoniously with the surrounding landscape in both their color and substance. A large part of the pavilion has been dressed in light wooden panels, and even concrete (a material Niemeyer held in high regard) has been used to great effect here; namely in the walls and ceiling, which as a result not only complement the building’s natural look but also offer a series of ecological benefits. The untreated material provides effective insulation, keeps the interior cool of its own accord and ensures an outstanding overall ecological balance.

It is not only the materials that have been adapted to dovetail with the Andalusian landscape that encompasses the building; the house’s silhouette has also been designed with this in mind. An adaptation of the construction style favored by Niemeyer, the gently curved side walls are manifestations of an organic, undulating vocabulary. The concept is brought to a head in an expansive glazed façade with a mirrored finish so as to reflect the circumjacent land. Like a chameleon, the “Non Program Pavilion” merges with the vegetation, the undulating foothills of the Sierra Nevada and the expanses of the blue Andalusian sky. This camouflage effect has enabled the Spanish architects to create a building that does not stick out like a foreign body simply placed willy-nilly in the landscape but is rather intended as an extension of the nature that natural landscape – as a new yet fully integrated part of it. Here, it is not the architecture that visually shapes its environment, but nature that determines the appearance of the architecture.

By day, the pavilion’s interior is concealed behind the reflective glass façade. Only when the sun sets, when the lit-up house appears to glow from within, does it reveal its interior to the outside world. The living space in the ground-level pavilion stands out for its spaciousness and pure expanse. Nothing more than a few softly curved concrete walls serve to implicitly divide up the space into different areas.

Oscar Niemeyer’s architecture is not the kind that allows itself to be limited by a pre-defined function. During an interview with an art magazine, he once commented: “If you only think about the function, the result stinks!” And the architects at Jesús Torres García were just as adamant that a pre-defined function for the building would not dictate the realization of their architectural vision. They have thus succeeded in creating an object that places appearance before function (which has still not been clearly defined to this very day). The pavilion is now viewed as a social center for the community of Salobreña and is open to its inhabitants for a wide range of uses - for events, exhibitions, concerts and even business meetings. After all, “Non Program Pavilion” is not just a name, it’s a mindset!

It would be presumptuous to refer to the “Non Program Pavilion” as a “true Niemeyer”. A more fitting interpretation of its architecture would most certainly be: an homage that allows the legacy of this great architect to live on. 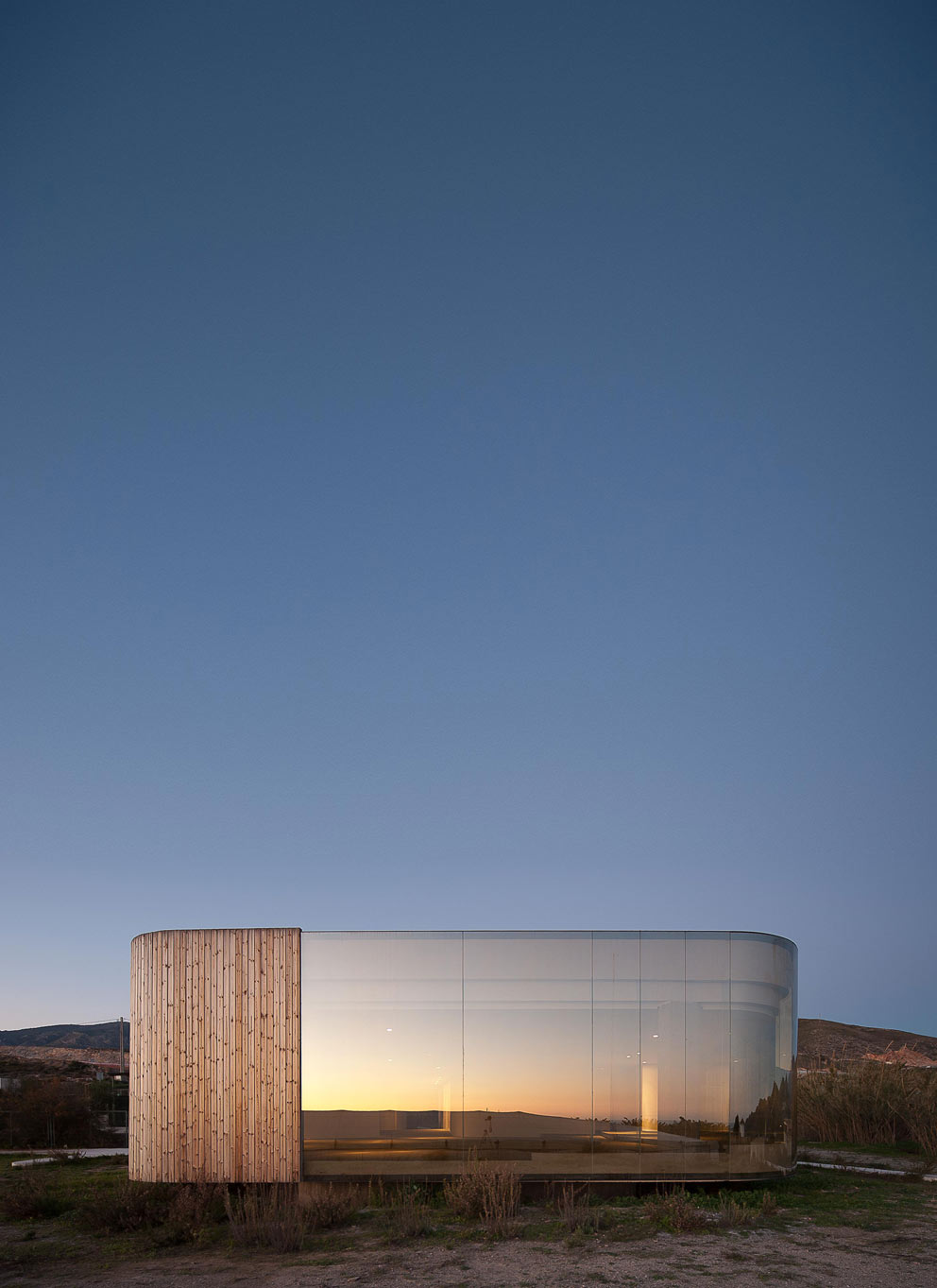 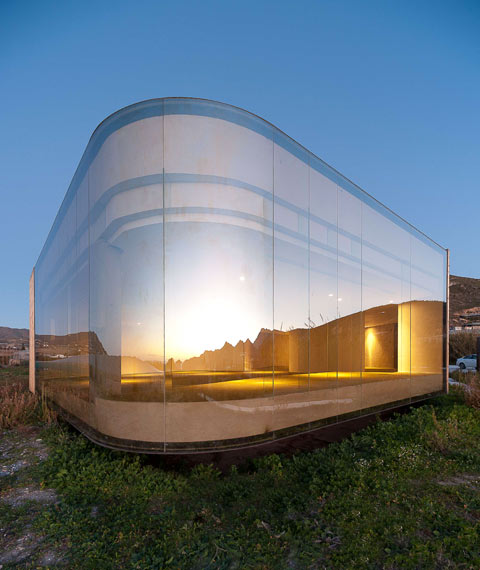 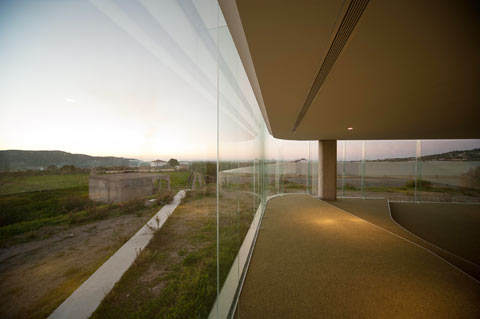 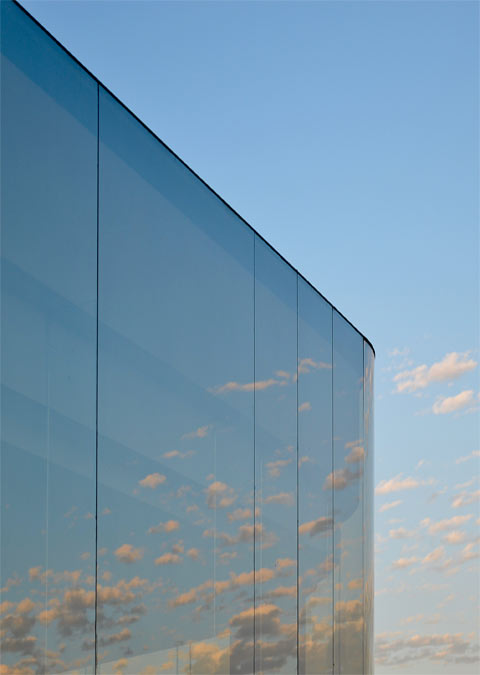 The vastness of the Andalusian sky is reflected in the glazed façade of the pavilion, photo © Jesús Torres García 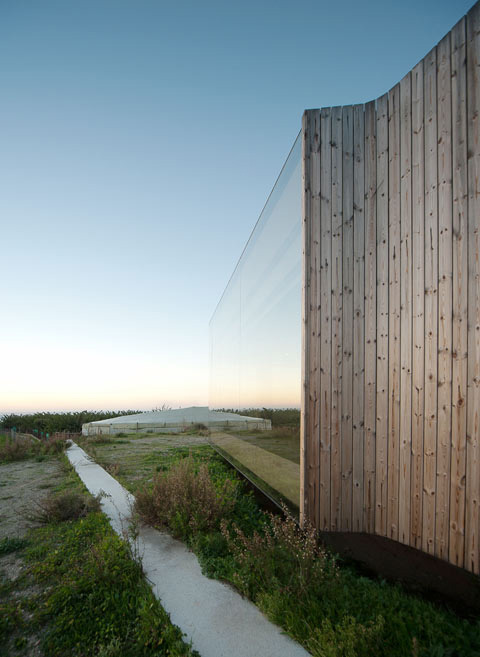 The back side of the object is covered with wooden panels, which then give way to a mirrored glass façade, photo © Jesús Torres García 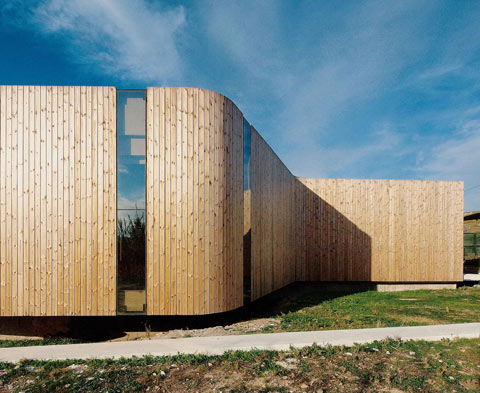 Inspired by Niemeyer’s philosophy, the architects did not pre-define a specific function or reason for the creation of the “Non Program Pavilion“, photo © Jesús Torres García 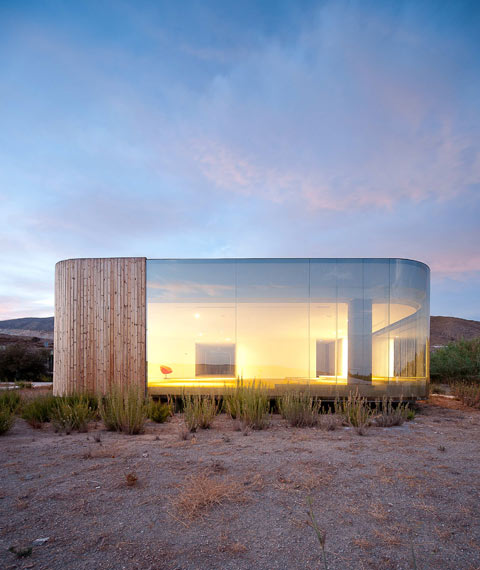 At dusk, the glazed object provides and insight of the interior area, photo © Jesús Torres García 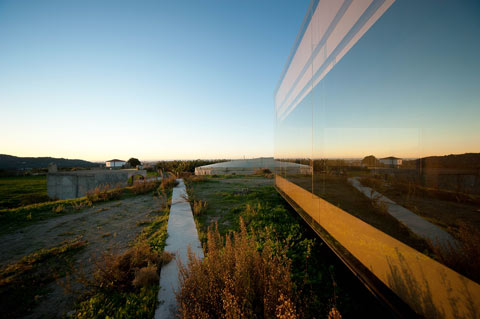 Thanks to the mirror effect, the “Non Program Pavilion” almost merges with its natural surroundings, photo © Jesús Torres García 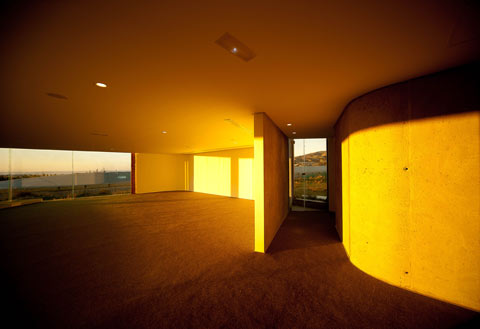 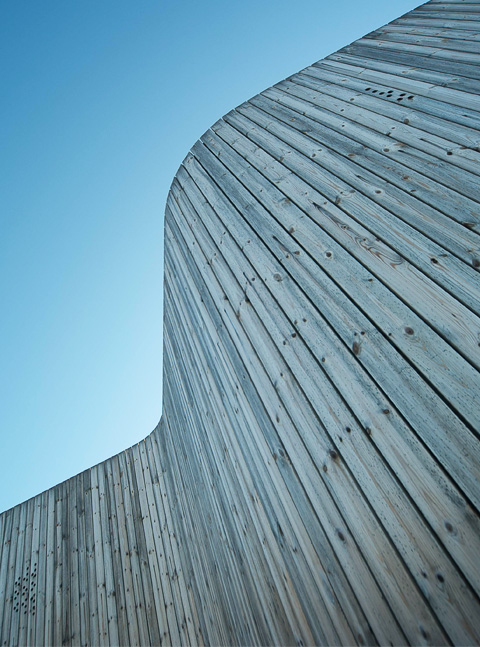 The architects merely used those kinds of materials that make the building blend in with its natural surroundings, photo © Jesús Torres García 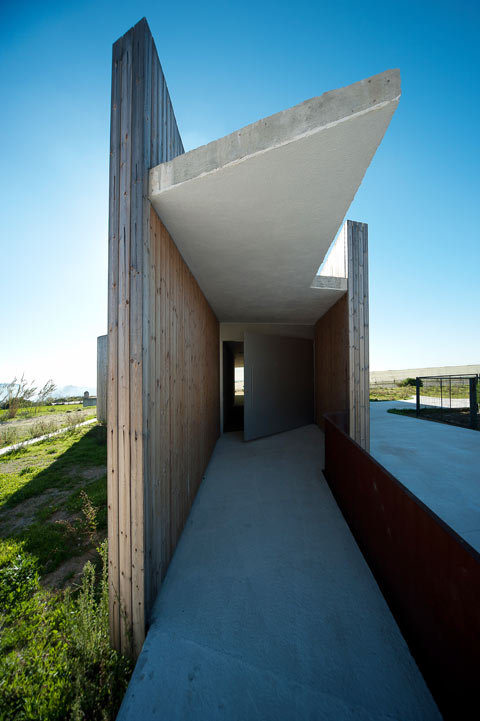 Concrete, which is meant to be one of architect Oscar Niemeyer’s favourite materials, was used for the roof, the walls and the entrance area of the building, photo © Jesús Torres García 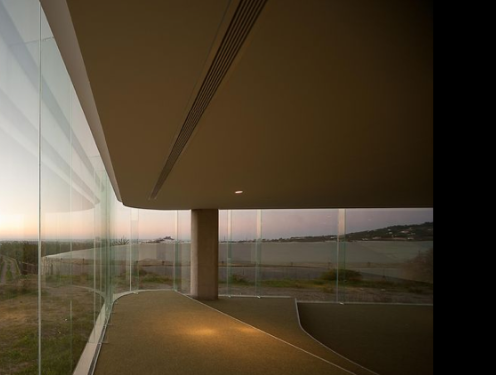 The pavilion was built for the citizens of Salobreña and will be used for various occasions, such as events, concerts or business meetings, photo © Jesús Torres García
Advertisement