top
High density alone is not enough to have a city
In Conversation: Saskia Sassen | May 25, 2014 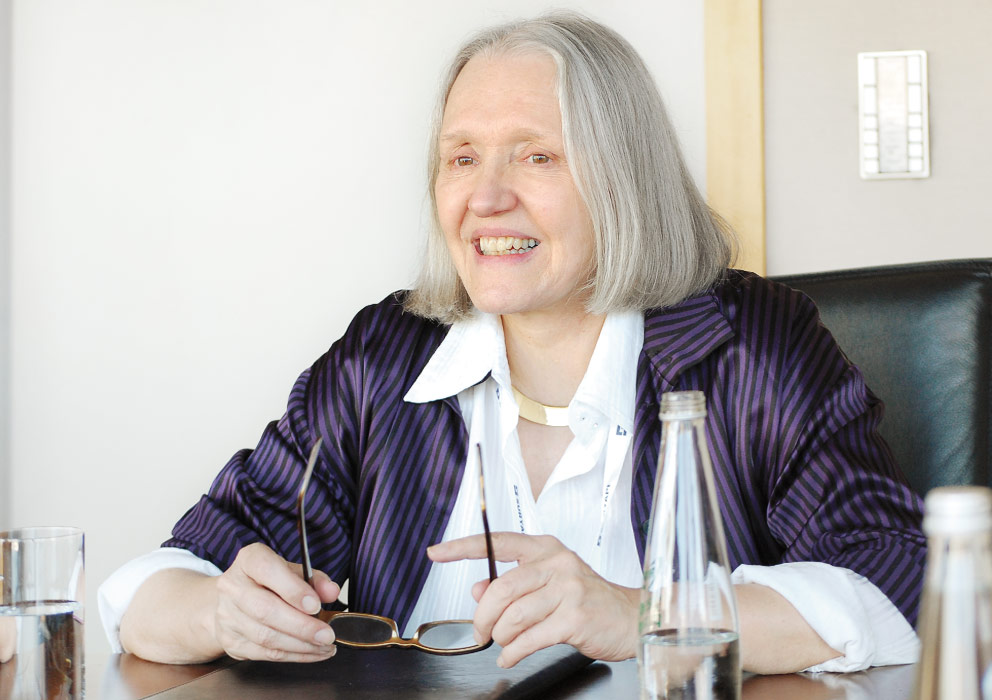 Major advances in building and other technologies have made a massive mark on urban space. Saskia Sassen, Professor of Sociology at Columbia University in New York and a mastermind in themes of globalization in a social, economic and political context as well as agglomerations and megacities, argues that these technologies have not been sufficiently “urbanized”. And the western world needs to rethink what we call urbanity and the trend to more density in the city. Catriona McLaughlin talked to Sassen about the relation between invisible and visible mobility, the power of open-source-systems and her ongoing research on “urbanizing technology” – on the occasion of the fifth annual conference on global urbanism, titled “Mobilities in Cities: From Visible to Invisible”, which was held on April 11, 2014 at Columbia University, New York.

Catriona McLaughlin: What is “Mobilities in Cities: From Visible to Invisible” about? What fascinates you about the relationship “visible – invisible”?

Saskia Sassen: From the start, my project set out to expand the meaning of mobility. And that involved including types of mobility that are critical: invisible molecular mobilities present in all kinds of materials, walls, floors that look immobile to our eye, but are not. Same thing for a car: Many of the materials are charged with molecular mobilities even when the car is not moving. Potentially this can open up our understanding of mobilities in cities as well – notably nano-technological interventions that may become widespread: A car that you can fold to park it, and needs almost no space, is one example. One question that amuses me: Can we also shrink a car in thick traffic and make it function like a motorbike that can rush in between the cars stuck in traffic on a major street? Also, in very crowded cities of the Global South there are all kinds of informal modes of transport and mobility that are invisible to the eye of the law or of formal government documents describing the traffic situation.

What are your thoughts on the future of mobility in New York?

Sassen: When I think of future mobilities, I see an expanded range of meanings. One key aspect is that our big cities need multiple diverse means of transport: From walking and biking to cars and public transit. In New York, more and more people are walking and biking, plus more and more people are working from home and not coming into their offices every day. I see nighttime as a recovered time to do all kinds of things, for example by using 24 hour shops for food and clothing. In Manhattan, I see a few automated long streets that cut across the city – where you step onto and get off as in a moving platform. I see the famous “Millennium Bus” lanes cutting , going across the main axis of Manhattan: The long North/ South avenues, and some of the East-West avenues in the middle of Manhattan. This would take on different forms and be more difficult in other parts of the city.

What are the most important political and economic factors that we need to consider as regards mobility in cities?

Sassen: I would start by reminding ourselves what a real city is, namely a complex but incomplete system. Innate inthis mix of complexity and incompleteness lies the capacity for cities to keep reinventing themselves. High density alone is not enough to have a city: A vast and endless row of residential or office buildings is density, but there is no complexity or diversity. A first critical step is to ensure and protect both of these features. Second, this would mean overlays of other equally diverse and open spaces – in economic, cultural and political terms. Every part of the city, every neighborhood is activated in a distributed mode. Such a development would alter the question of urban mobility: A distributed operational space for all major sectors means you can reduce everything getting concentrated in the center.

Studies show that social factors are important for the acceptance and success of public transit systems. What are the most important factors in making such systems a common good that is socially acceptable?

Sassen: People need to know and believe that they work, are reliable and safe. One way of putting it is that people feel it is “their” public transit system. Then they will also care about it. In Medellin in Colombia this is exactly what happened: People made the system theirs and it is one of the cleanest subway systems in the world.

More and more data is being accumulated to represent and influence mobility. What is the most interesting development to you?

Sassen: I think the key is to open-source these systems, so the users knows that if they inform the authorities (say via a dedicated application free to all drivers and users of transport in a given city) of a problem (a pothole, a broken car, a fallen tree), they will be heard. This is a way of beginning to mobilize the residents, once they know the information they can provide matters, this becomes the beginning of a possibly increasingly multifaceted mode of useful participation in the management of a city’s traffic flows.

Tell us more about your research project “Urbanizing Technology”.

Sassen: The dominant themes for cities we identified in the Audi competition proposals we analyzed were technology and the environment. Both of these have the power to unsettle traditional internal boundaries in cities and cut across spheres – the economy, the polity, society and culture. Some of the most effective of these proposals that “urbanized” technology made the city a heuristic space that could tell the average resident or passer-by something about the most advanced types of applied technologies available in cities. The variability of spatial forms through which these uses of technology worked and became legible to the passer-by was very interesting. This variability of spatial formats was evident in most of the proposals. Further, it shows how multiple applied technologies within a city also make the diverse interactions that can take place in urban space visible, with its own multiplier effects, both operationally speaking and in terms of making visible to the passer-by what it means to urbanize technology.

Read the abstract by Saskia Sassen: "Urbanizing Technology: its challenges and potentials" by clinking here.

Saskia Sassen is Professor of Sociology at Columbia University in New York and Chairman of the Jury for the “Audi Urban Future Initiative 2010”, curated by Stylepark. In her international research activities, Sassen adresses themes of globalization in a social, economic and political context as well as agglomerations and megacities. She coined the concept of the “global city” in the 1990s. Her publications, which include The Global City (1991, 2nd edition 2011), Cities in a World Economy (1994, 3rd edition 2006) and Territory, Authority, Rights: From Mediaval to Global Assemblages (2006) and recently Expulsions - Brutality and Complexity in the Global Economy (May, 2014), have been translated in 21 languages.