They all come to Venice; even the leading lights who are usually moving back and forth above the clouds onboard planes in order to ensure their architecture conquers the globe, rather than controlling things from home. Only for a minute moment, albeit a highly symbolic one, the way this man with great precision and immense elegance jumps the good one meter from a Riva, the Roll Royce among the shipbuilders, up to the Vaporetto landing stage at the Giardini. Well over 60 years old, shaved head, clad all in black - even from ten meters away you can discern his power and optimism. No wonder, as Rem Koolhaas is hurrying to the beginning of the "12. Mostra Internationale di Architettura" to pick up the Golden Lion for his life's work, and also for his great contribution to the main "People meet in architecture" exhibition. He has subversively titled his piece "Preservation".

How very different the German architects who under the neon banner of Sehnsucht ("desire") in the German Pavilion do not present architectures, but instead reports on the state of their souls. The team curating the German contribution - united in Walverwandtschaften (elective affinity) - requested, with nothing teachy or preachy about them, that the contributors take a leisurely light artistic approach. However, the German press has trashed the team mercilessly, while the German architectural community was still busy celebrating in Venice. The abuse ranged from "annoyingly swiftly penciled sketches in color" to "the A4 sheet is too thin a platform for desire" and one thing was immediately clear: Dear Architect. If you let desire well up in the artist in you then make sure it is the artist who delivers!

To save the curators' honor, we should consider whether all the critics have chosen the right way to view things? Perhaps they should have taken a path that led them past the Austrian, Polish or French pavilions. Austria completely overestimates its own importance and presents itself as the world's architectural navel - the pavilion is packed in huge panels and mutates into a threatening advertising machine. Poland hunts in a dark-room for the emergency exit from the world's evil agglomeration problems. Australia with its "Now+When" or France with "Metropolis?" abandon the pavilions to multimedia overkill (on Australian terrain admittedly with 3D glasses). Here you feel and believe that someone has pulled the rug out from under your feet. Thank God that from France it is only a few steps uphill to the Germania temple, the burgundy red salon and the bourgeois comforts of a forgotten fin-de-siècle, where you can sink into an inviting armchair.

A good 180 easy-to-view and mainly black-and-white line drawings report on the architects' desires, hung one next to the other on the dark-red walls; no architecture trade fair, no renderings, no models, no indirect national sales pitch (as is otherwise so often the case) by someone who wants to become export world champion in architecture. Only readily accessible, naive, non-explanatory compositions of lines, of which we can assume that they would be far more erotic if dashed down on the legendary paper serviettes from in-places. The Germans have provided visitors with a resting place, a VIP lounge, not an exhibition - and maybe that is a good thing. The side rooms, our cabinets, have simply been designated as "spaces of desire", in the one original ceiling luminaire hang from Erich Honecker's former "Lamp Store", the East Berlin "Palast der Republik", long since demolished in Berlin Mitte to make space for the new old Schloss, but which an increasing number of people yearn to see again. In another cabinet the existing emergency exit has been left open. You now look out over the lagoon - a charming staging of the eternal dream of a house overlooking the sea.

For the first time in many years, the German Pavilion, built in 1909 and repeatedly scorned for being obscene or obsolete, has not been maltreated and disguised as part of the Architecture Biennial (as is the case with Austria,). It is possible now to grasp its spatial signals, its orderly proportions slate our thirst for calm in the hectic life of the exhibition and thus we find our desire that this building be appreciated at long last fulfilled. The current presentation should serve to put paid once and for all to the ridiculous discussions on tearing it down and erecting a new pavilion. It is a good place for quiet or minimal installations.

Sadly, the good news is followed by bad news. What could already been sensed in the attacks in the press relates to a basic problem architects face. Especially the Germans. What I mean is that explosive emotional mixture of a lack of self-esteem and a lack of appreciation by others, not to mention an inflated opinion of one's own artistic abilities. Vacillation in how the role of architect is seen. And because in the big wide world of clients and developers one is still considered the black-clad artistic genius, while not necessarily having the inventiveness, sharp mind and eye of a Rem Koolhaas, colored rushprints by Berlin's architect stars Sauerbruch + Hutton fail, because they were probably produced in less than a minute but have nothing of the aperçu about them. And the critics likewise reject the many other drawn examples of worlds of desire that do not evidence good craftsmanship, but simply offer poor abstract statements that cannot be deciphered without explanatory notes; as they do output that has less information content or entertainment value than that which postage stamp designers and cartoonists manage to provide.

There is another, unfulfilled desire among architects, namely to not just produce the artistically invaluable but also to be fully recognized as scientists. Which is why, in addition to the small sketchbook "What Architects desire", which sits so snugly in the hand and is actually very impressive thanks to it being concentrated between two book covers, there is the obligatory volume of essays, whose colorful world of images narrate desires quite marvelously, opulently staging them instead of just sketching them. The essays are well worth reading, but sometimes only comprehensible with precisely the prior knowledge you do not need to understand a building that explains and lives itself.

Werner Oechslin, the grand old man of European building history, writes in it on "The architect's (unfulfilled and unfulfillable) desire" and definitely puts his finger on the architect's soul: "Leaving things unresolved and pausing for a moment is the high price of desire." Ullrich Schwarz, an academic and architecture theorist from Hamburg dishes up the title ("Architecture after its end or: overcoming reification"), threatening to show that speaking nicely of things will not help at all. After the famed Goethe quote on desire, which one must know if one wants to really understand anyone, he briefly presents the phalanx of philosophers of recent centu-ries and a few architects (such as Peter Eisenman) who believe they have under-stood it, in a very concentrated and poignant manner. Essentially, though, much remains unclear, because the usual architect only understands the language if he has also studied philosophy, sociology or something else into the bargain. Since he therefore will not understand what any of this is about, he suffers gladly by proxy for the desire to be loved. There will be a seminar on this topic at the Pavilion on October 14.

Now the principle still applies to all Biennials that you are innocent until proven guilty. And because hardly any other pavilion encourages loud applause - let's take the Belgian one, that is even more trivial owing to a series of old wooden panels and floors with simple traces of use, but is nevertheless sexy, the sentence will be: Experimental surgery unsuccessful, but patient survived. And we hope that "desire" means the end of the overly didactic approach of German curators of ar-chitecture exhibitions. And if you don't believe it, simply leave the pavilion through the side entrance and go down to the sea. And forget all the threatening aspects of the pavilions at this year's Biennial and believe in the goodness of architectural space, in an architecture where people like to meet, doubt, enjoy, and just let their souls hang out. Perhaps down there, behind the pavilion, there's a Riva at anchor somewhere...

The following having already appeared as part of our series on the Architecture Biennial:
On amazement and a cat in the arsenals 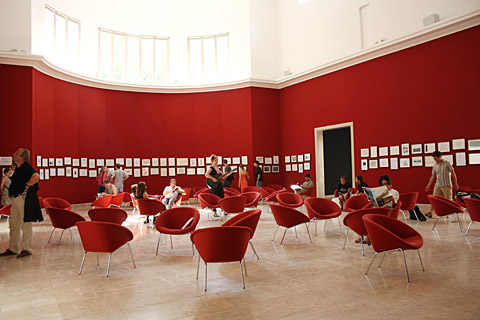 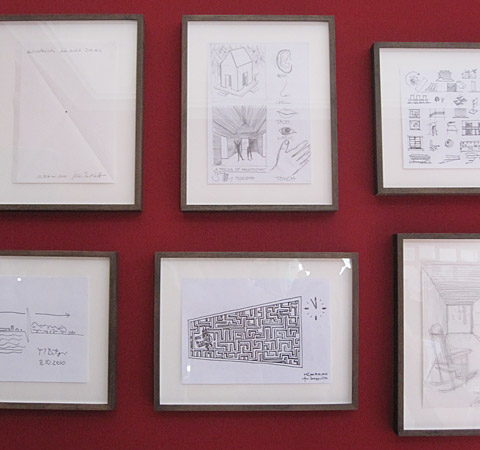 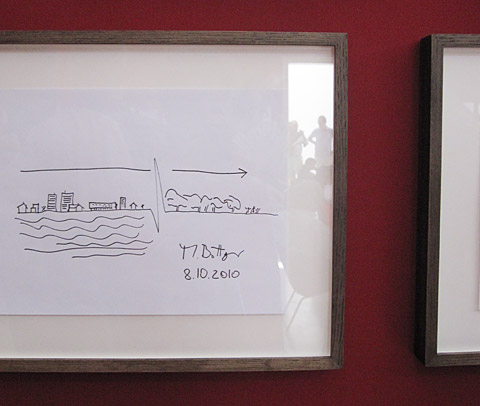 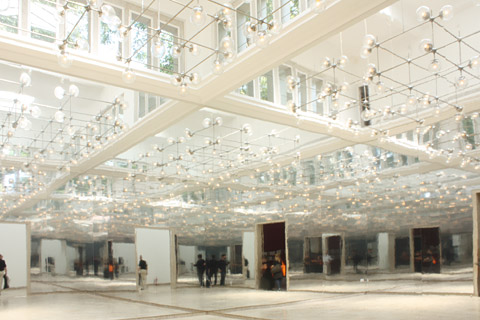 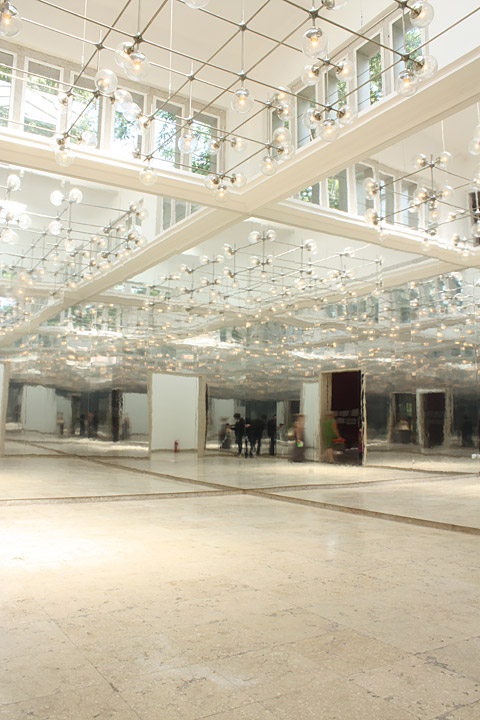 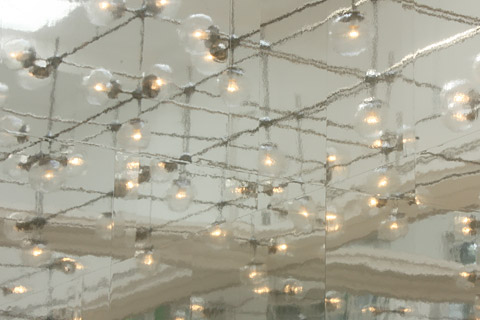 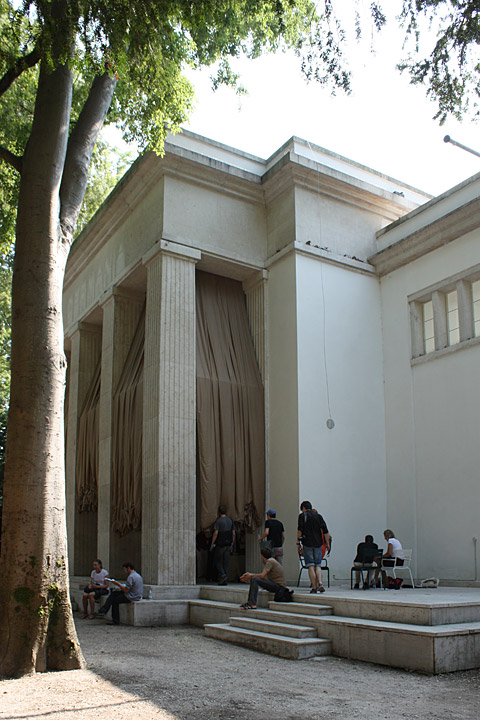 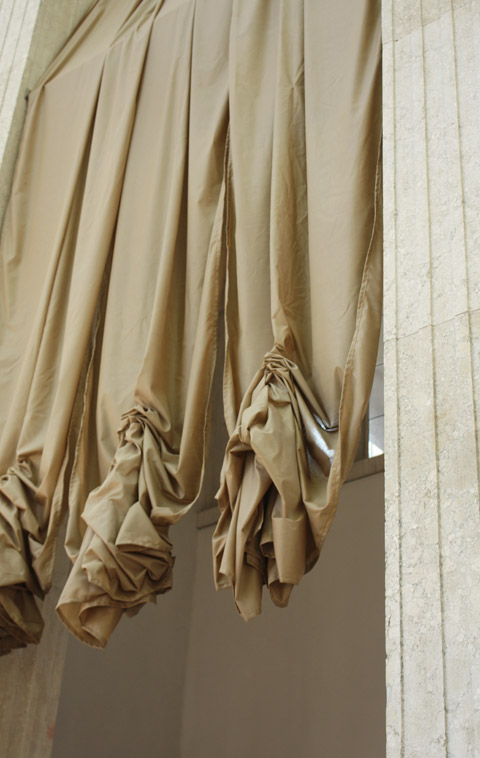 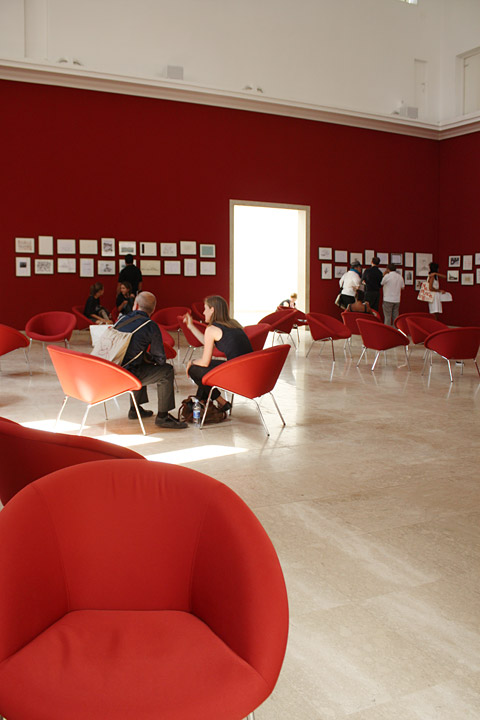 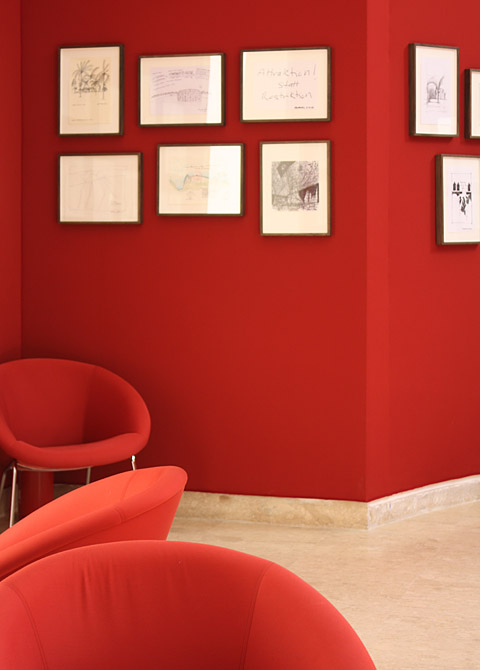 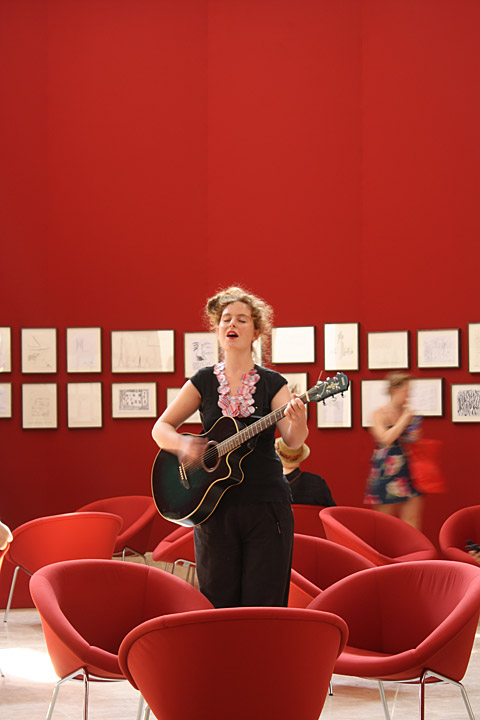 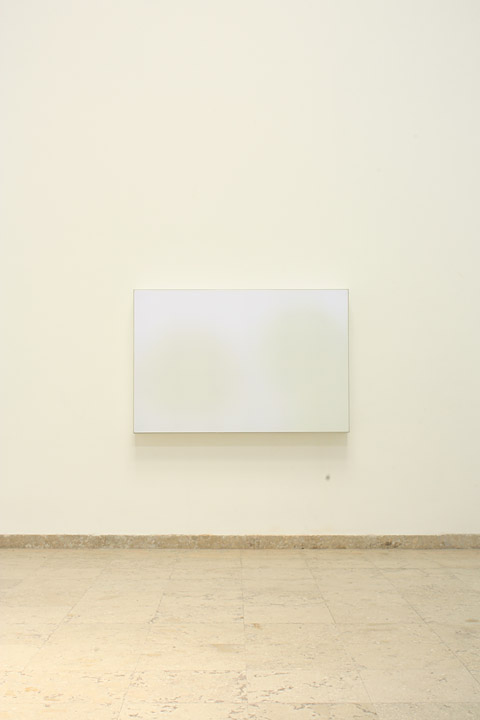 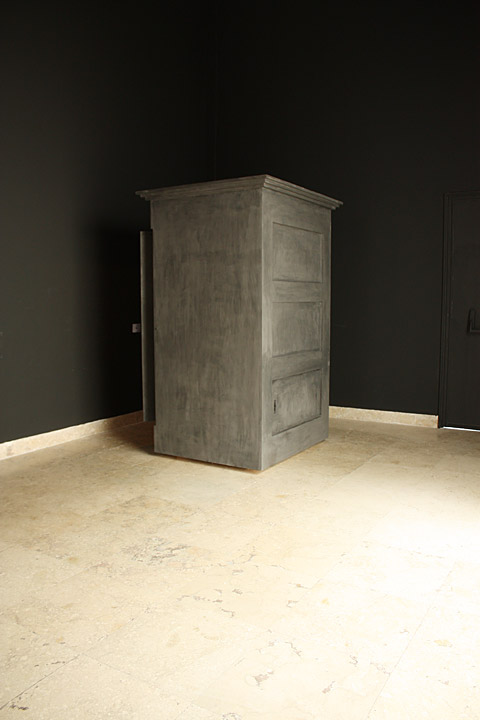 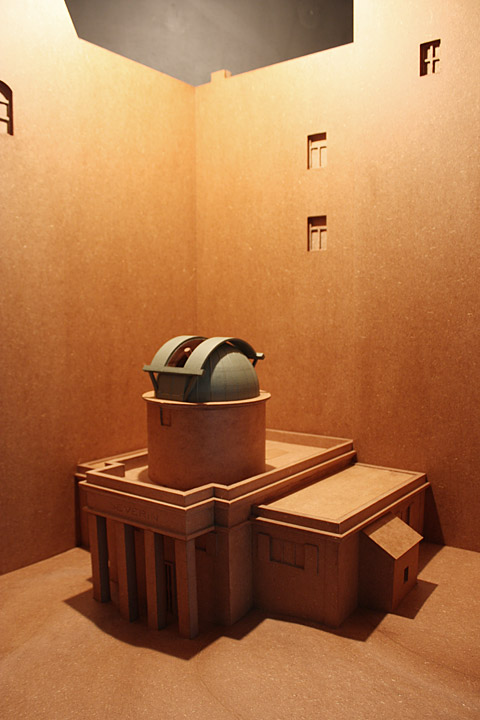