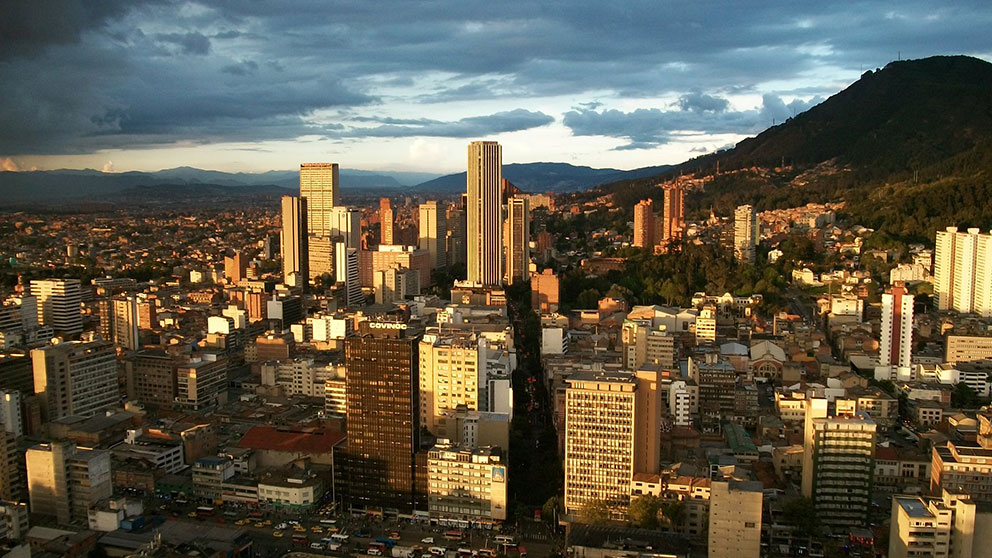 If one thinks of Bogotá as a newly flourishing metropolis and a center of design, then what first shimmers through are the highly complex conditions in the city. Because for decades Bogotá was not without justification considered one of the most dangerous cities in the world: brutal military governments, a horrendous drugs trade (with which clearly many of those who today are simply rich earned their wealth), leftist guerillas (the FARC), once relatively influential, then increasingly marginalized, and themselves criminalized by the drugs trade, on top of which there are numerous rightist guerilla groups, all of them hardly to be distinguished from the many criminal gangs. All of this destroyed the city’s vibrancy, ruined its economy, obliterated any wish to invest in Colombia, and devastated its capital of Bogotá into the bargain.

Back at the end of the 1990s it was still a matter of course for the children of rich parents to be driven to school and back in an armor-plated car accompanied by two armed bodyguards.
To this day, almost all the information on Bogotá to be found on the Internet still exudes that sense of threat by ongoing criminality and there are all sorts of facts on how best to protect yourself and what to look out for. For example, never to stroll on the sidewalk after dark but to walk down the street as house entrances are dangerous places, and only to grab a cab if it has been ordered for you by an official. 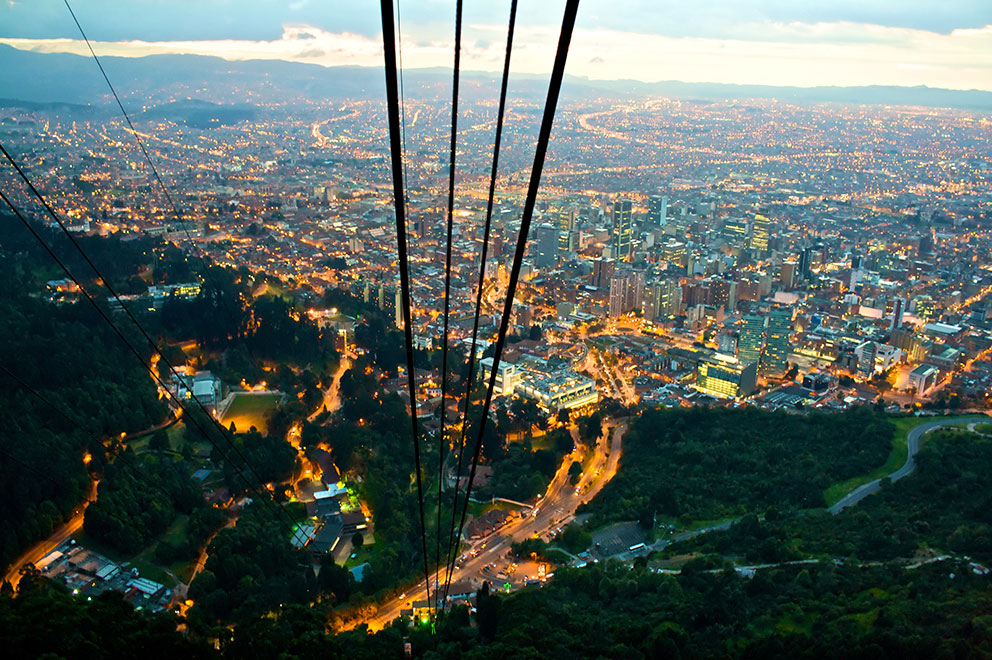 Bogotá from above: The city belongs to the Colombian Andes, 2640 meters above the sea level. Photo © Tijs Zwickels, Flickr

So. And now it’s booming Bogotá. Not that you don’t see leftovers of danger at every corner. All the public buildings and hotels, for example, are guarded by armed security personnel, along with a dog specialized in sniffing out explosives. Moreover, evidently some of the warnings and the behavioral code apply in particular to cabs. Ideally, one notes down the license plate before getting in and, once sitting, phones a friend and reads him the number loudly so that the driver hears; moreover, should the driver use his cellphone after you’ve got in then you should get out immediately as otherwise you may be heading for one of those notorious short kidnappings: The car stops somewhere suddenly, two of the driver’s friends get in and stay with you until all your bank accounts have been plundered.
However, moving around the city’s in-districts today that will all sound like a legend from bygone days. Other than the sniffer dogs and the armed security guys there’s nothing that points to danger at all. Instead, it’s all “business as usual” and at a very high level, too.

Since 2006 the number of start-ups has multiplied by a factor of ten, there are numerous congresses held here, and Lufthansa has just chosen Bogotá as its Latin American hub, which is a very plausible move as given the city’s high altitude you save about 25 percent kerosene taking off and landing, and time at that.
The city definitely seems very vibrant, and it’s not just a gesture as the sea-change is probably a reality. Another symbol of it is the ultra-swift bus transfer: Since Bogotá boasts neither trams nor subways (not that there’s even a railroad anywhere in Colombia), special bus lanes have been designated for very fast buses, in part on completely different routes than the main roads. In fact, the busses then move as if they were on tracks, really are very fast, and are very popular with the general public.

There are numerous reasons for Bogotá’s new vibrancy. First, the economy has started to come unstuck in several Latin American countries that used to be among the leaders. One need think only of Argentina, but also Brazil and Venezuela. Some corporations are already relocating from Caracas to Bogotá. Moreover, flanked by Panama, Venezuela, Brazil, Peru and Ecuador, Colombia is ideally positioned in geographical terms. Not to forget, in Colombia traditionally there’s been an outstanding educational system, with countless universities, many of them in the capital Bogotá. Only a few years ago the country’s superbly trained young people headed for abroad, for Spain, the USA or to Colombia’s neighbors. Now they stay put, and their elder peers are returning.

A third aspect relates to the unique nature of the economy of Bogotá and in part the country as a whole. Not much gets produced here. There are of course the agricultural products such as coffee and roses, a few rare minerals, but apart from that it’s only services. In fact, 90 percent of the economy of Bogotá, which is home to no less than eight million inhabitants, consists of service-sector companies. In particular in the financial sector (alongside banks there are countless private financial service providers) and otherwise trade, planning, research, and tourism. As regards tourism: One clear sign of the new economic momentum is the fact that only a few years ago there were too many hotels in Bogotá, meaning supply far exceeded demand and many had to close. Now various new hotels, including those in the 5-6 star category, as being built. 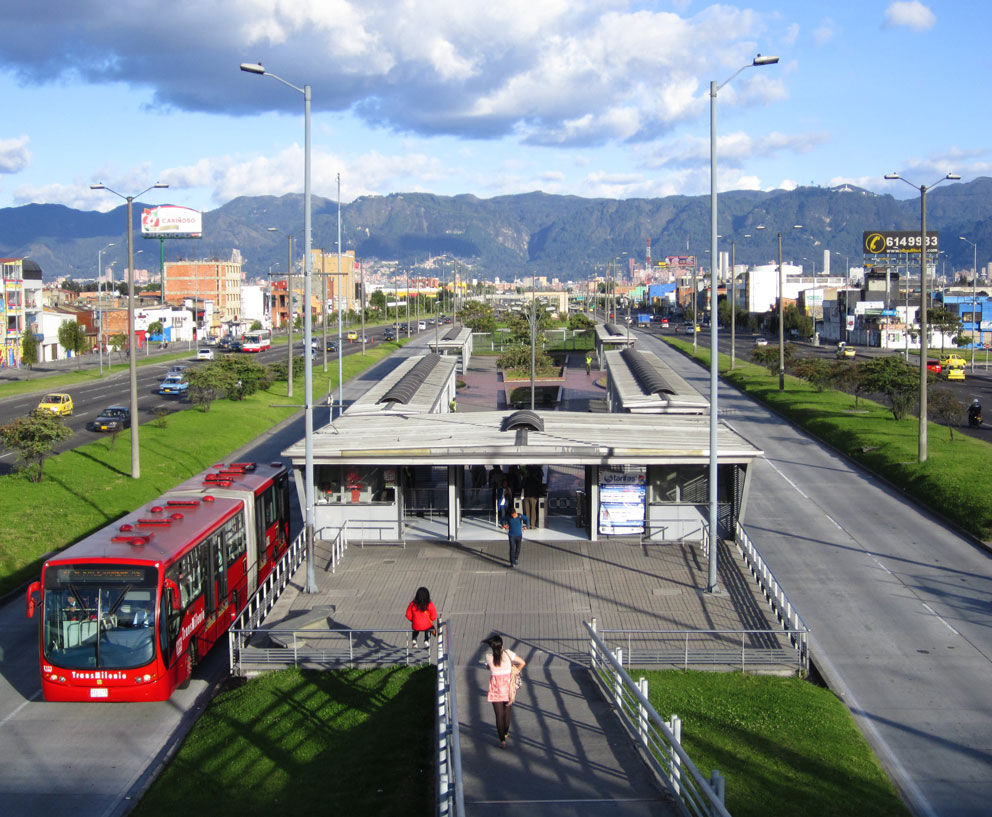 In other words, the service sector is the main economic driver in the city and partly in the country as a whole. Which brings us to design – and the occasion for this article was a large one-day conference on Service Design, hosted by the Bogotá Chamber of Commerce. Given the strength of the service industry here this seems obvious, but it also highlights the organizers’ great expertise and committed know-how on a field of design that is of such relevance.

Allow me a few brief remarks on service design: When, more than 25 years ago, someone in the European Union’s Design Commission (yes, it did once exist) championed awarding a European prize for service design, he came under fierce attack from many of the international design associations. Service design, they said, was completely nonsensical. When a few years later the same person founded the Cologne Faculty of Design (today: “Cologne International School of Design”) and advertised for a professor of service design, most of the German design pundits laughed and once again attacked him for such nonsense. And it was in fact pretty difficult to find the right person to fill the position back them.
After a while, that person was found, and since her appointment Birgit Mager has raised the level of awareness for this design segment and has with others expanded it to the point where it is now one of the key areas of design work and research. Which is only logical given the fact that in developed economies about 60-70 percent of the GDP is generated by services, and of course they have to be designed. In particular in light of global ecological problems the transformation of products into services (“sharing” in all its different dimensions) is very meaningful and one definitely needs to understand just how strongly most products function as services in social and business life, which likewise counts for the corresponding companies manufacturing them.

Now service design also exists in Bogotá, and is enormously successful. Indeed, some 500 attendees flocked to the conference at the chamber of commerce, most of them representatives of companies, and most of the latter from the financial services industry – and strangely, or at least for foreigners, there were also numerous army representatives present; in Colombia at any rate they evidently at least in part consider themselves a service industry.

We can do without bus: On every Sunday and official holiday, large parts of the road network are closed for the benefit of cyclists and pedestrians. Photo © natifg, Flickr

The conference itself offered very good insights into and perspectives on service design and explained with great precision and using an array of different examples how relevant it is, especially in Colombia.
The first speaker was someone who had published on the topic over 25 years ago. He explained the genesis and reasoning behind service design – among other things using the compelling example of clothing. The latter functions both as protection (against the rain and sun or against unwanted eyes), and also to make the wearer feel good and demonstrate an attitude, to convey a message to one’s fellow humans about who one is and how one wants to be perceived. Often one and the same garment combines product, communications and service design, as fashion as a whole is a service for people.
This was followed by a lecture by Dean Crutchfield, who runs a corporate consultancy and innovation agency in the United States. He used countless examples, albeit with a strong marketing focus, to show how important service design is for “business” in all sectors. This was then expanded on by Jorge Rodriguez, a native of Bogotá who is active mainly as a management consultant in Barcelona and other European centers: He discussed service innovations from the perspective of design with a hypothesis of great importance certainly for Bogotá, namely that every company must always see itself as a start-up and thus permanently present itself a new guise and work innovatively.

Uta Brandes then outlined the relevance of the gender discourse in the framework of services and service design. She took the example of the study she has published on traveling businesswomen and their specific needs as regards a service-focused hotel culture. This was followed by a presentation, illustrated by many case studies and held by strategic design company “Designit”, which is a global player based in Madrid and very active in Bogotá. The afternoon offered various very well frequented workshops on individual aspects of service design, and a smaller specialist advisory session in English for a select few companies. Throughout the conference, the immense interest, great attentiveness and intensity of the attendees were abundantly clear. You could simply feel how in this city there is a strong wish to upgrade knowledge in the field and find ways of practically implementing the concepts described among not just companies but as a whole. 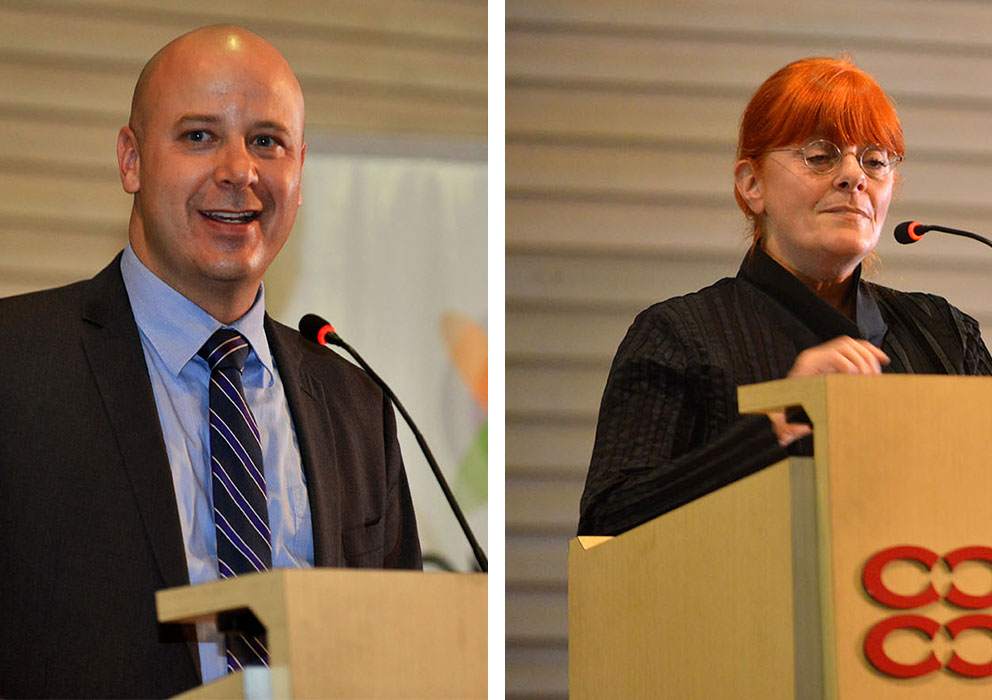 In discussions with some of those who organized it all, in particular Manuel José Moreno as Director of Innovation at the Bogotá Chamber of Commerce and Diana Gaviria as Director of “Connect”, an institution likewise involved, and with the young designer Juan Sebastian Lopez talk constantly turned to how serious and important design is in Bogotá and how much effort goes into nurturing a general understanding and practical applications. Yet there were also surprisingly critical undertones as regards Colombia where different segments of society are developing at distinctly different speeds. One frequent comment was that Colombians are still too provincial (which includes the fact that English is still not widespread there). Certain processes, above all in the life of society, are developing so very slowly, while others, for example in business, are really taking off. The focus must now be on designing the future in Colombia and particularly in Bogotá. To the extent that this is possible, not least with the help of design. It’s worth keeping a close eye on Colombia’s progress. 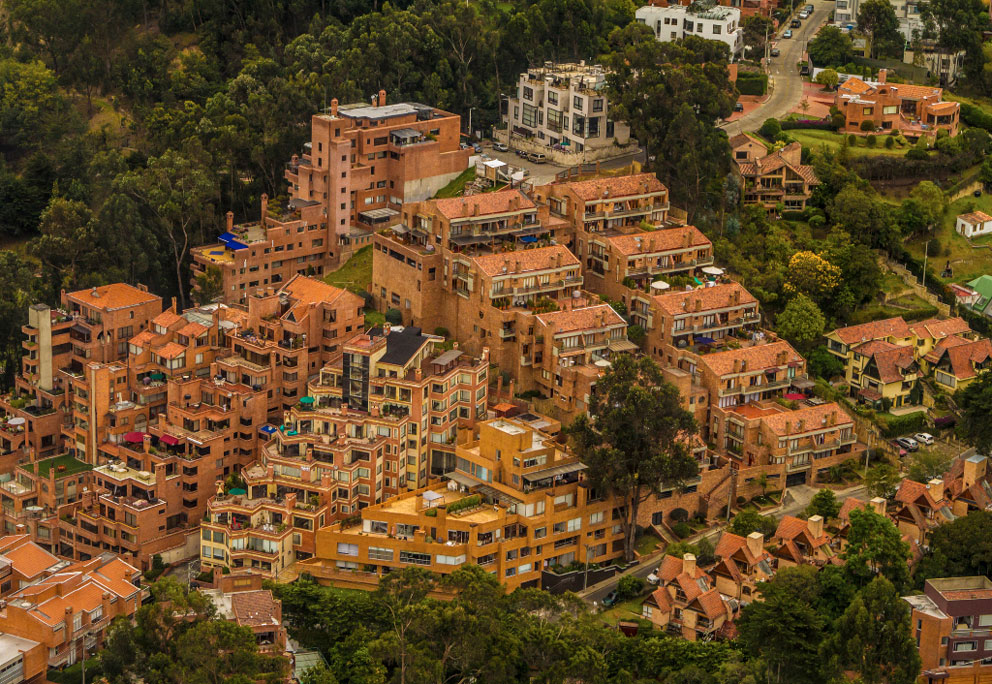