The sculptural façade of the new building “Fortyseven and Co.” in Frankfurt/Main was created using a special construction of light limestone from Hofmann Naturstein.
11/21/2016

Square-shaped glass areas framed by light, protruding wall elements of solid natural stone: Between the inconspicuous office buildings on Mainzer Landstrasse in Frankfurt’s banking district, the façade of number 47 is a real eye-catcher. It was the number that also inspired the American-sounding name of the eight-story building: “Fortyseven & Co.” Although architect Manfred Wenzel’s Frankfurt studio Tek To Nik Architekten opted for a consistent eaves height to line up with the adjoining buildings, they wanted something special for the façade, and chose a natural stone frame up to three meters long and 60 centimeters thick made from Creme Royal Portuguese limestone for the animated façade design, which achieves a dynamic effect.

Planned, produced and installed by Hofmann Naturstein, special five-axis robots were used to cut out the façade elements using a 3D model. Previously, comparable elements could only be manufactured using prefabricated concrete sections. The natural stone façade is not only visually impressive, indeed, as an ecological curtain façade it is particularly durable, provides a high degree of heat insulation and absorbs some of the noise from the main road with its heavy traffic. In 2015 the building was nominated for the German Natural Stone Award, which the Association of German Architects (BDA) bestows every two years in cooperation with the German Natural Stone Association (DNV). (am) 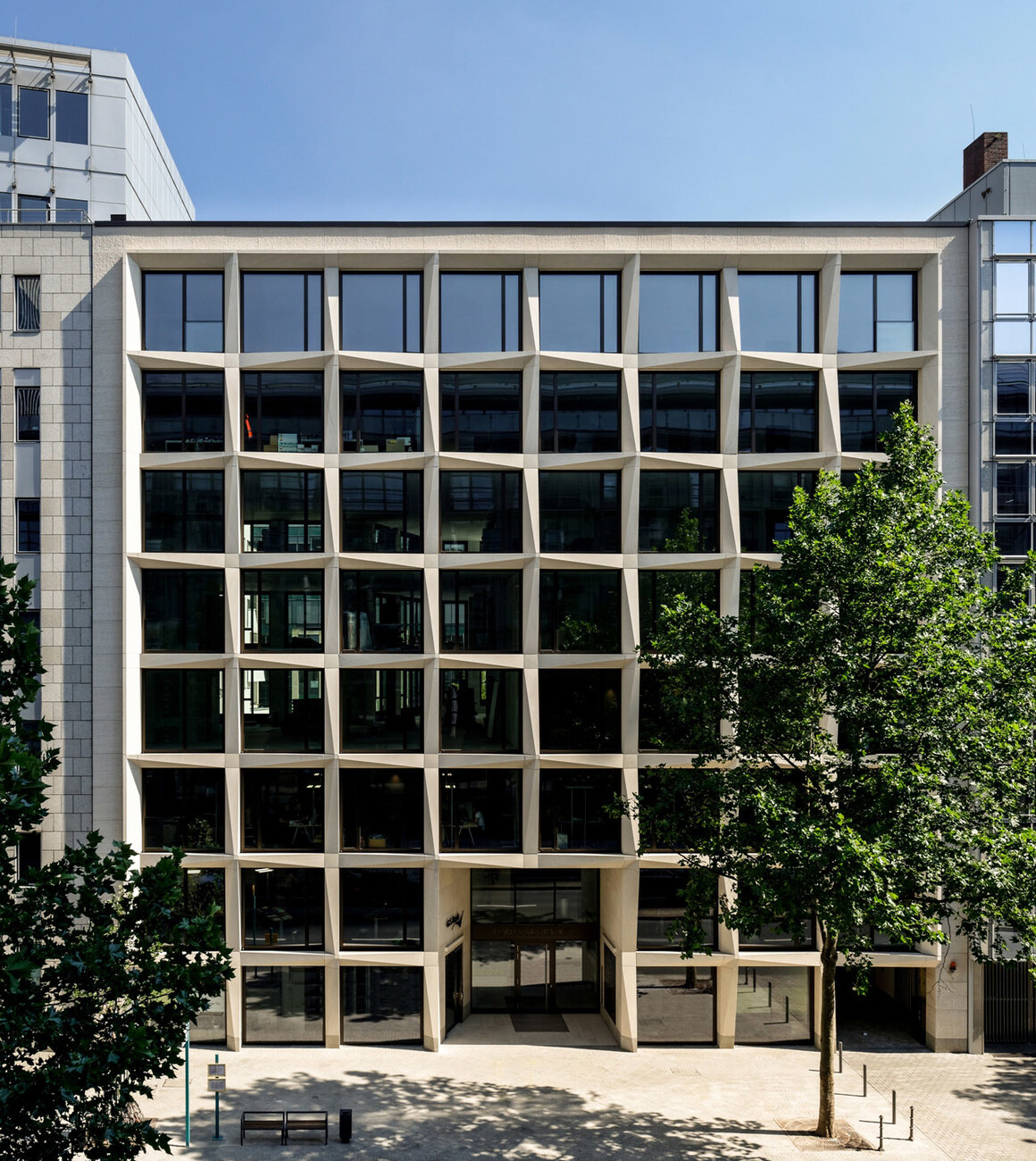 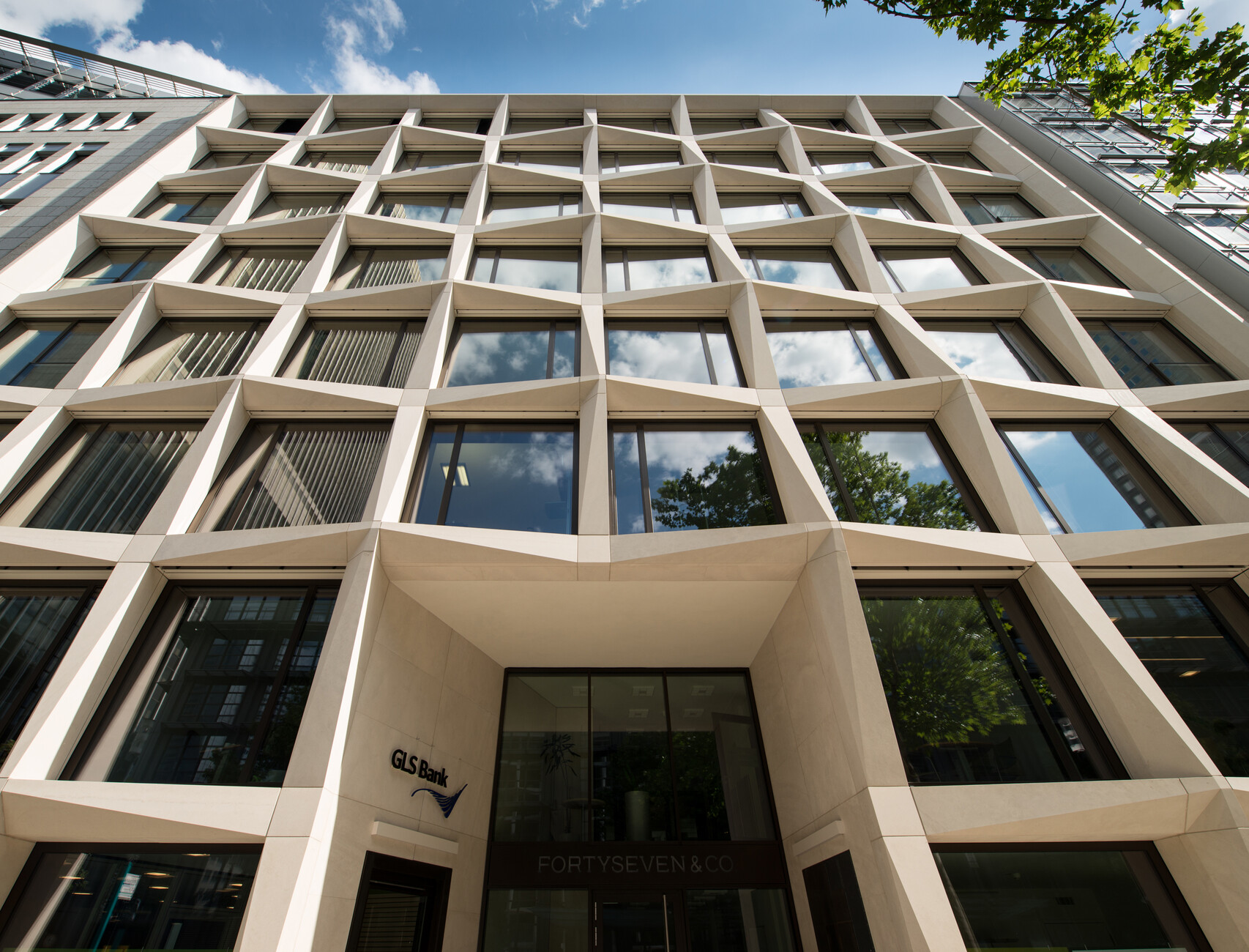 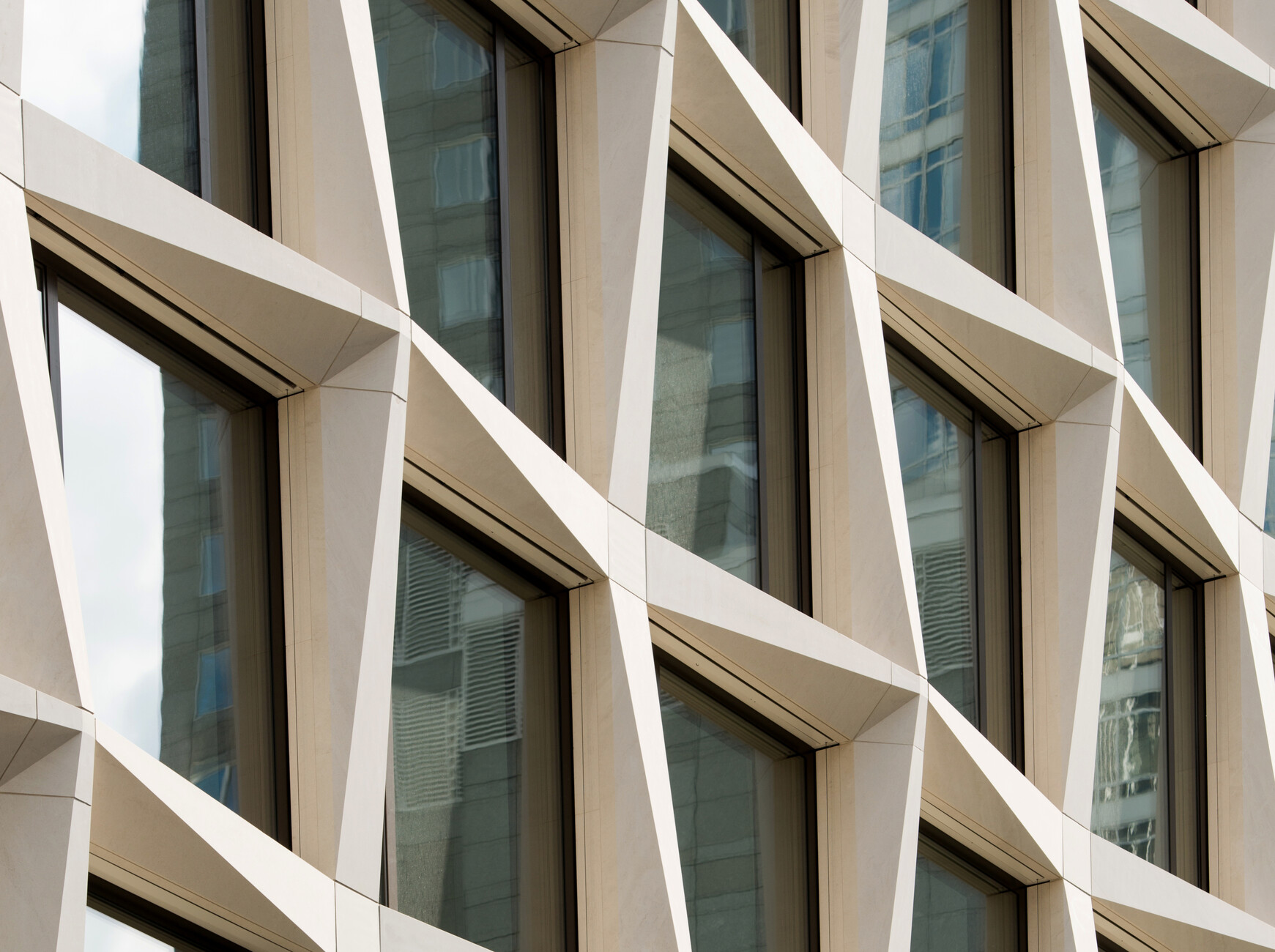 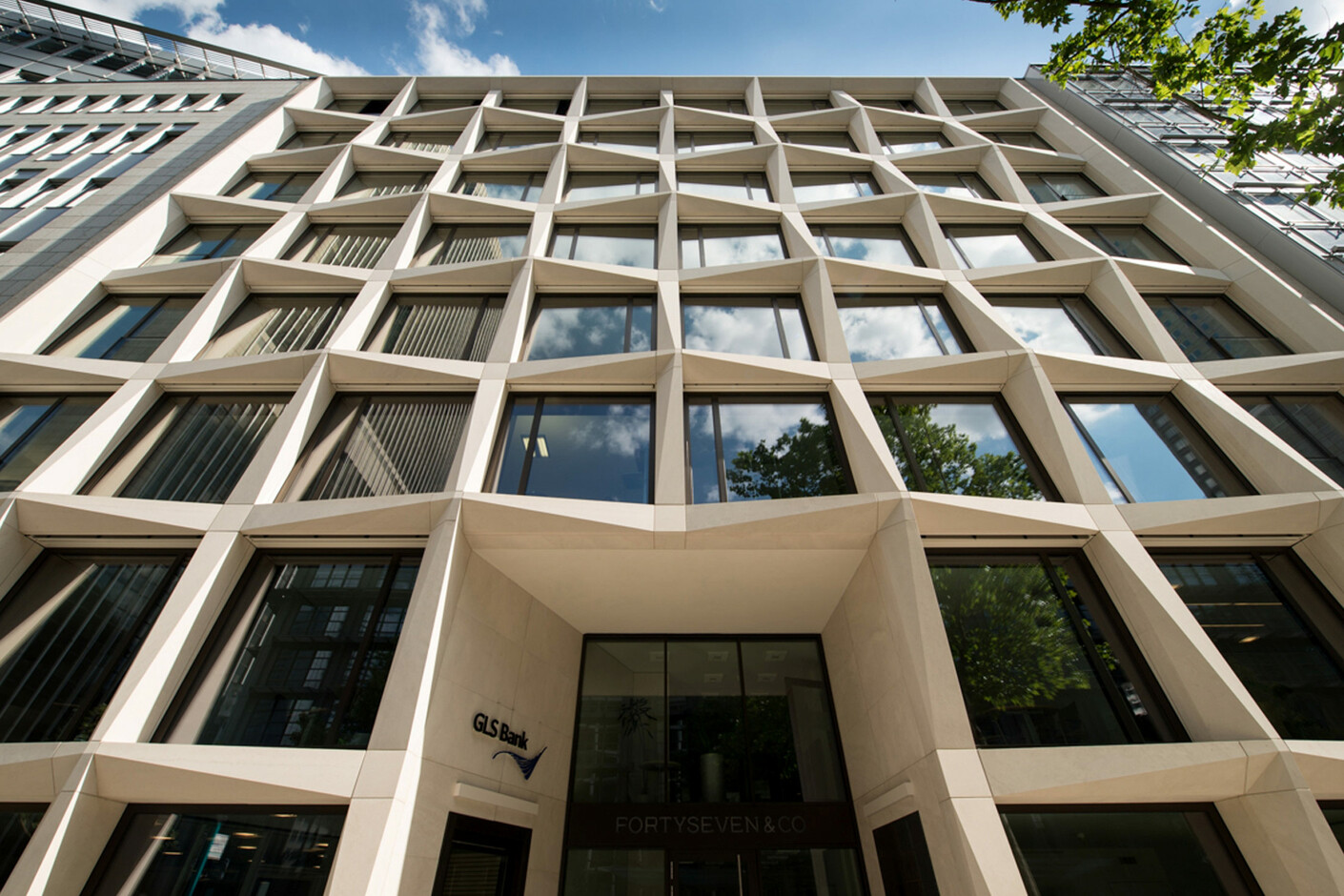 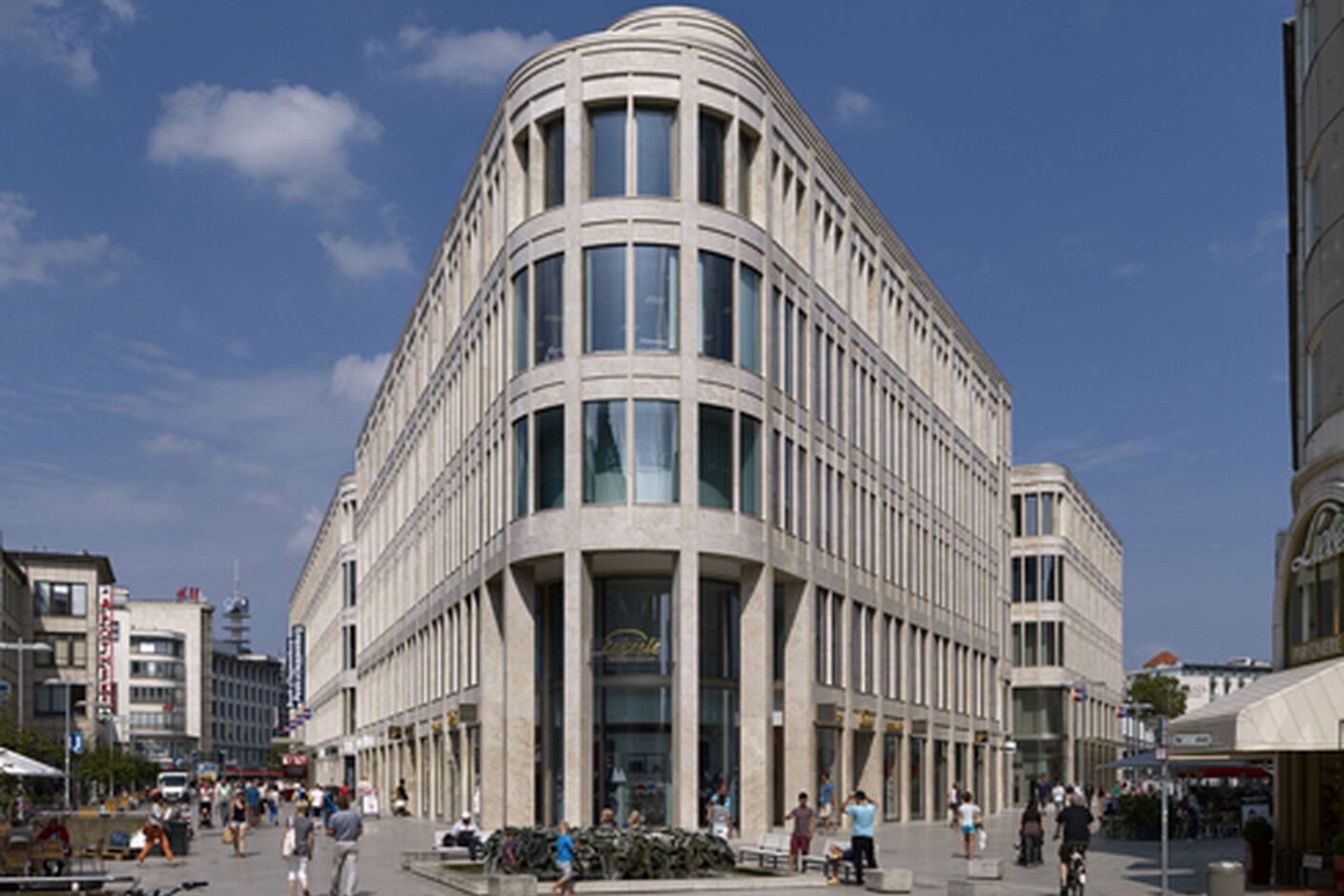 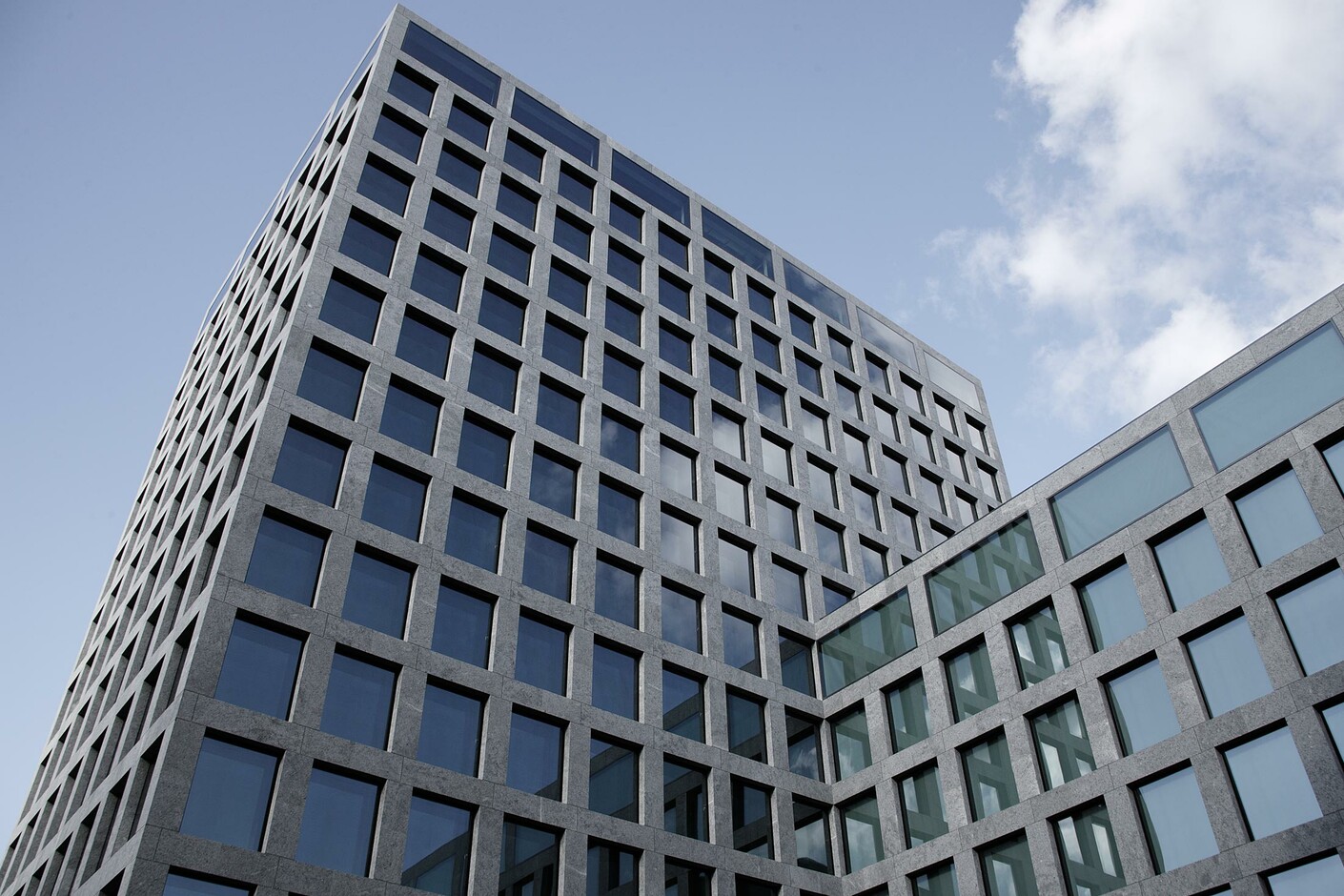 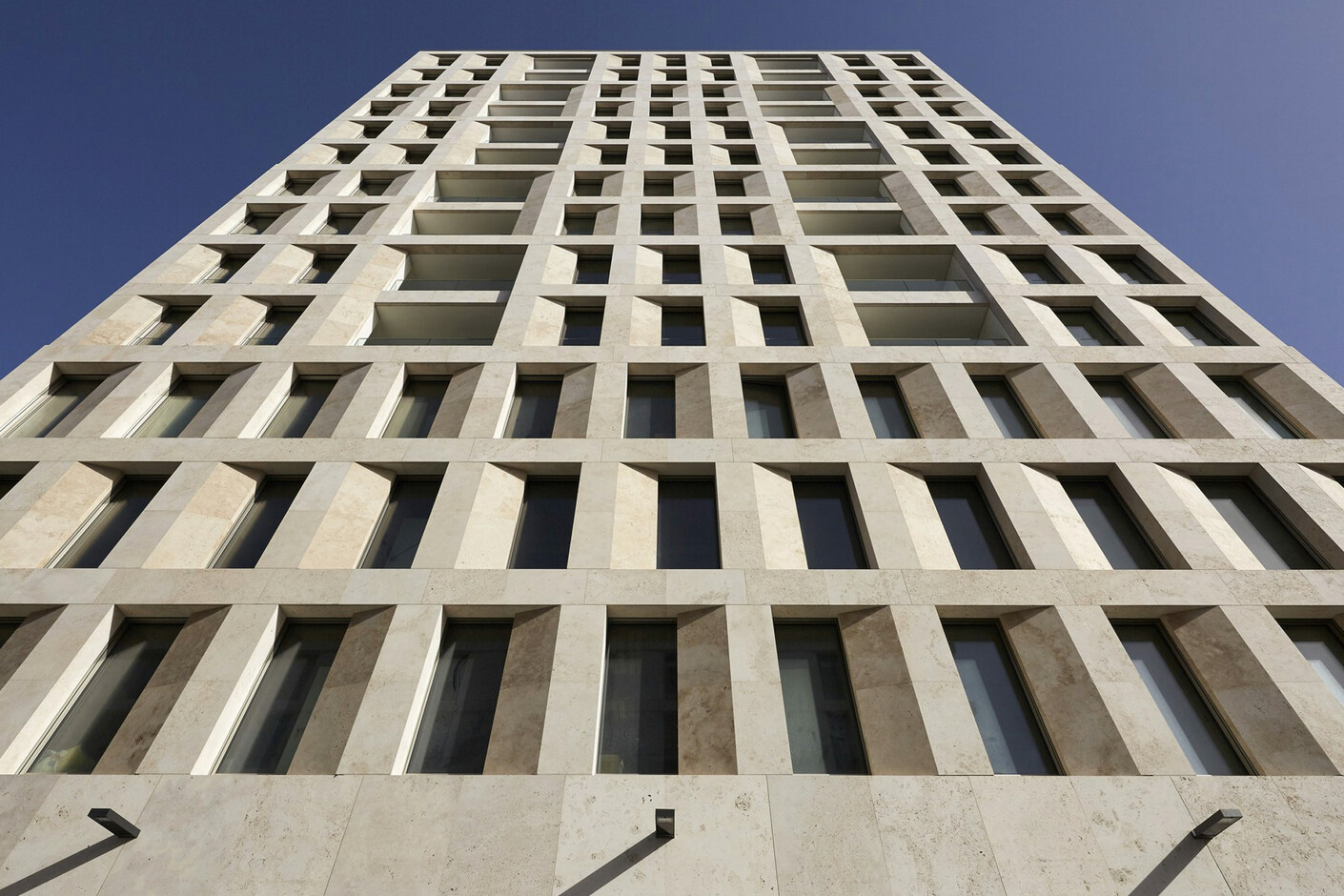