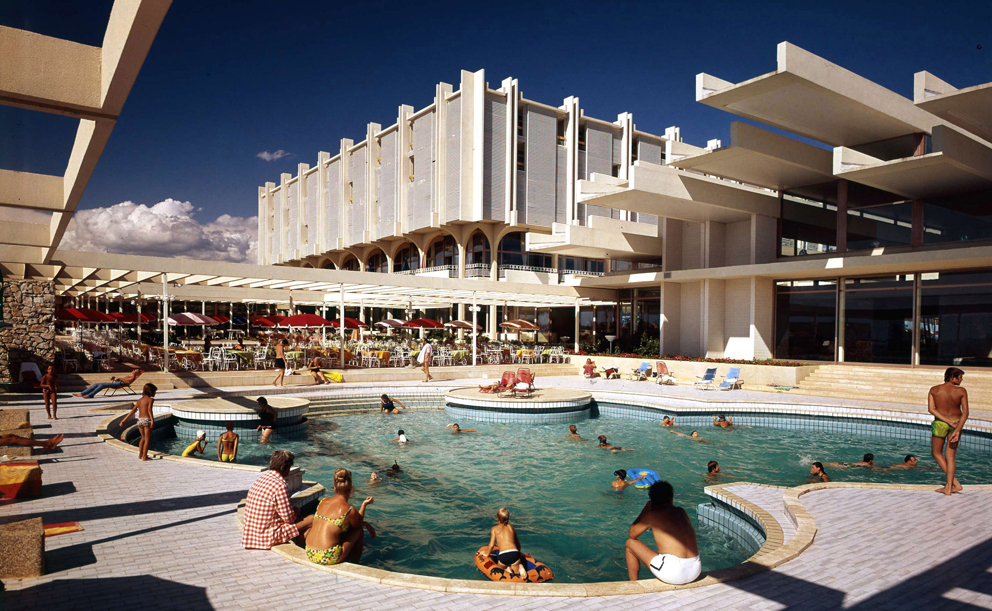 It is thanks to Marshal Tito, the legendary president of socialist Yugoslavia, that tourism on Croatia’s Adriatic coast came to be a booming success. The former guerilla leader embarked on the “Third Way”, a political strategy to achieve non-alignment between the East and the West, which not only gave the people of Yugoslavia longer holidays, but also made the country attractive for tourists from capitalist countries, above all Germany. It is still possible to detect traces of this orientation towards the West in the art that graced the hotels in those years. A favorite with the finest curators of any one region was, for example, Edo Murtic, who courtesy of a “Fulbright stipend” was able to visit the United States in 1951. Following his return he made an abrupt turn away from socio-critical Realism and towards abstract Expressionism, which culminated in his participation in the 1959 Documenta. Murtic’s oil paintings, which measured several meters high, were flagship artworks for Tito’s key industry – tourism. “Western” art demonstrated cosmopolitan flair in the bars and foyers located in the mostly fair-faced concrete high-rises lining the beaches.

Conclusive evidence comes above all in the form of statistical records. As of 1955 the graph showing the number of overnight stays rose consistently and dramatically, until taking a sudden dip in 1988, before reaching an all-time low with the collapse of the Yugoslav state. “Holidays after the Fall” is the term Michael Zinganel coined for what manifested itself between Dubrovnik, Split and Rijeka in the wake of political change. A passionate and tireless researcher, the architectural theorist sheds some light on what this means exactly.

At first glance, the photographs depicting the remnants of what used to be the “Haludovo”, a luxurious hotel, seem simply surreal, like a Postmodernist concrete collage that has suffered the ravages of time. On taking a closer look and reading up about the complex, however, these images come to reveal the entire spectrum of its cultural history: It was in 1972 that Boris Magaš, until then an avid advocate of classical Modernist architecture, drew up the plans for a luxurious holiday resort. Its versatile typology combined turrets, lavish terraces and multi-storey buildings, which opened out to the sea on a Y-shaped floorplan. The extensive grounds were completed with the mock construction of an idyllic fishing village. The total building costs for the complex came to 45 million dollars; Bob Guccione, editor of Penthouse magazine, footed the bill. As the investor of the “most frivolous joint venture” (Zinganel) the United States business man finally requested the employment of 70 glamour girls as service staff, all of course dressed in the “Penthouse Pets” revealing uniform. Even though Tito’s illustrious guests of state, among them the Swedish Social Democrat Olof Palme and Libya’s dictator Gaddafi, appreciated this kind of service, it failed to meet the needs of wealthy holidaymakers from abroad.

Take German tourists, for example, who had no interest in capitalizing on the advantageous currency exchange with the deutschmark in order to pay for a brief sojourn in a four or five-star hotel. Indeed, they much preferred the close neighborhood of holiday complexes, simple apartment resorts and comfortable hotels, the proximity between the camp sites and the first-class hotels. Add to this the pavilions and unadorned flat buildings destined for the kind of “social tourism” that self-governed organizations afforded their working population in children’s holiday homes, trade union clubs and holiday resorts owned by National People’s Army. The likes of these housing atrocities with their meagerly equipped, tiny sleeping booths and generously sized community rooms evidently took their cue from the socialist idea. Elsewhere the buildings reveal the influence of international architectural magazines, which in contrast to the neighboring Eastern-bloc countries were freely available in Yugoslavia.

Even today, more than a decade following the privatization of the tourist industry, the medley of widely varying building styles has largely remained intact. However, following the declaration of independence most of the “flagship buildings” lining Croatia’s Adriatic Sea came under fire from the former Yugoslav army, in what was most probably a deliberate act. Other hotels were transformed into refugee camps during the civil war and became run down as a result. Nonetheless, on balance the Croatian Adriatic coast has been spared the building atrocities that have shaped the coastlines from Spain to Bulgaria to this today – anonymous tourist ghettos and swanky hotels in the luxury bracket. Zinganel attributes this, among other things, to the careful spatial planning policy in socialist Yugoslavia. We might look at Look to the outskirts of Dubrovnik, for example, which in the early 1960s was home to uninspired hotel blocks, but today boast a gorgeous architecture that complements the old town, with exemplary Mediterranean-style apartments. A key factor in this favorable development, however, is that the relevant legislation has remained in force. There is a ban, for example, on building on a 100-meter wide coastal strip and a guarantee of free access to the sea.

And yet, for Zinganel there remains a mystery, namely why “Russian Rococo”, a style preferred by investors and built en masse on the Bulgarian Black Sea coast without any commendable architectural finesse, hardly stood a chance here. The architectural theorist went on exploring – and chanced upon “a kind of informal heritage protection policy”. What this means is that anyone keen to convert or extend a building is obliged to consult the architect who built it. This is the tool employed by the local administrations as a means of protecting the Modernist architectural heritage. The strategy is moreover endorsed by the locals, who tend to have a soft spot for the hotels they consider “theirs”, the ones which continue to be venues for grand family celebrations and which have kept many Croatians fed and clothed for several decades. Finally, and to take the wind out of the critics’ sails, buildings such as the NPA-owned children’s holiday home in Krvavica, erected in a ring shape on stilts with a wide platform going round it, like a reference to the architecture of Le Corbusier, are no longer labelled “socialist” – today they proudly boast the tag “Croatian Modernism”.

Investors from outside Croatia wishing to lay claim to this legacy are bound to meet resistance, which is precisely why the Russian-Armenian investor interested in the “Haludovo” hotel was doomed to failure. He kept handing in one conversion plan after the other, and none of them were approved. “The tycoon,” Michael Zinganel sums up, “was completely socially incompetent and refused to include the local population adequately in the potential benefits – hence the persistent refusal of his plans.”

The Falkensteiner Michaeler Tourism Group from Austria demonstrated better adroitness in appointing architect Boris Podrecca for the conversion of the “Residences Punta Skala” in Zadar. Originally erected in 1972 by Semsudin Serdarevic and Zijad Demirovic, it has now been transformed into a luxury resort. And we must not forget those local investors, who succeeded in securing planning permission for the “Lone”, a design hotel hailed as the “showcase of Croatia’s creative industry” situated in the heart of the “Golden Cape” natural resort not far from Rovinj. In actual fact, the architects at 3LHD hardly bother nowadays with the old-established metaphor of the ocean steamer and the spiral in New York’s Guggenheim Museum. All that kindles Zinganel’s interest is the history of how the new build came about: “The local ‘global player’ at first mobbed the foreign investors out of the game, employing means we only really know from the movies. After this he proceeded to furnish his own empire with the most expensive architecture and art – ubiquitary showpieces of a five-star lifestyle.”

With its transferable architecture the “Lone” embodies the lifestyle of those nouveau riche who have managed to attain some degree of intelligence. It heralds a trend that, in the wake of Croatia having joined the European Union and the resulting investor-friendly regulations, may be here to stay. Zinganel expects that the time has come for management experts and tourism consultants, who are hardly familiar with the buildings themselves but seem to know precisely what is required in terms of eye-catching design and the necessary chic to flog as many overnight stays as possible at the tourism fairs. 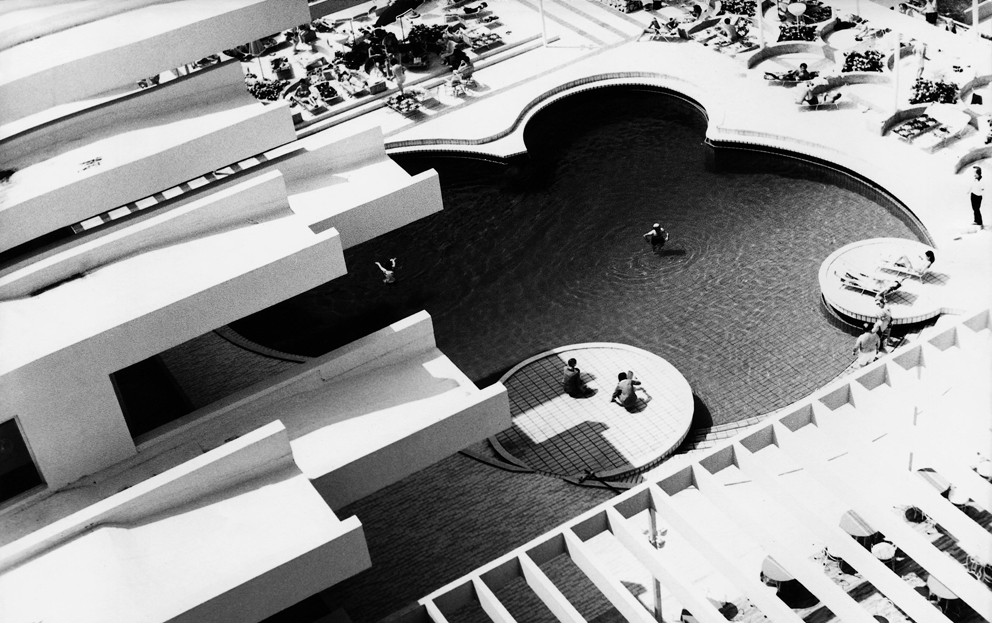 Its versatile typology combined turrets, lavish terraces and multi-storey buildings, which opened out to the sea on a Y-shaped floorplan… Photo © ccn-images Zagreb 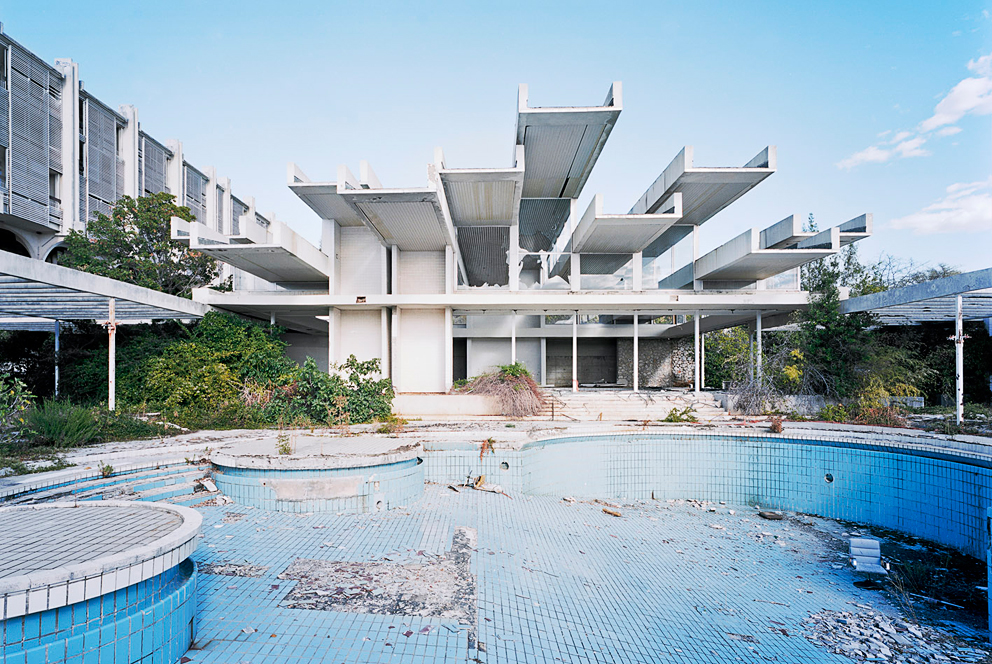 …and the status quo: a Postmodernist concrete collage that has suffered the ravages of time. Photo © Daniele Ansidei 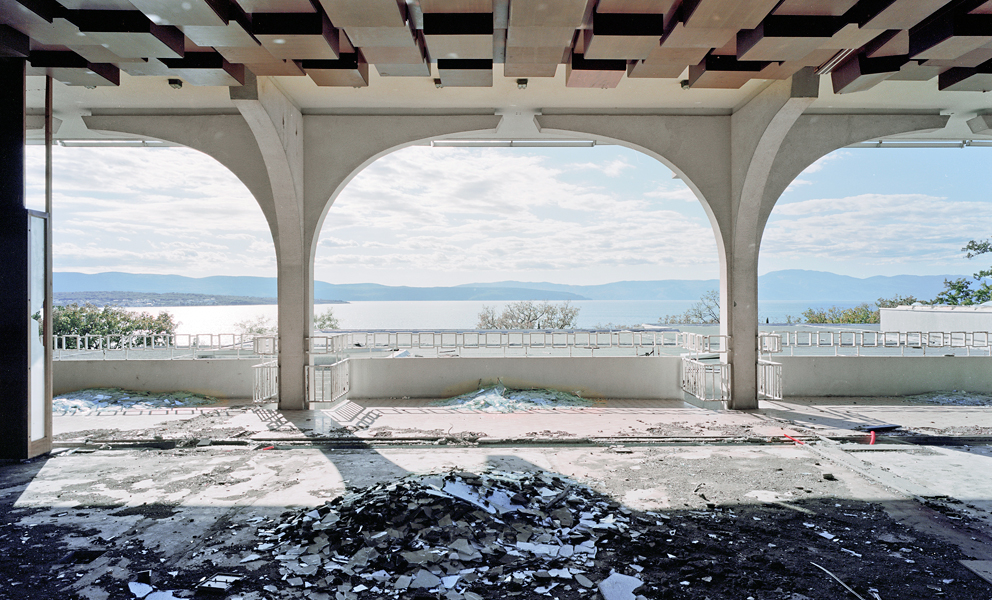 Destructed by vacancy and because of disagreement of the investors with local administration: “Haludovo”. Photo © Daniele Ansidei 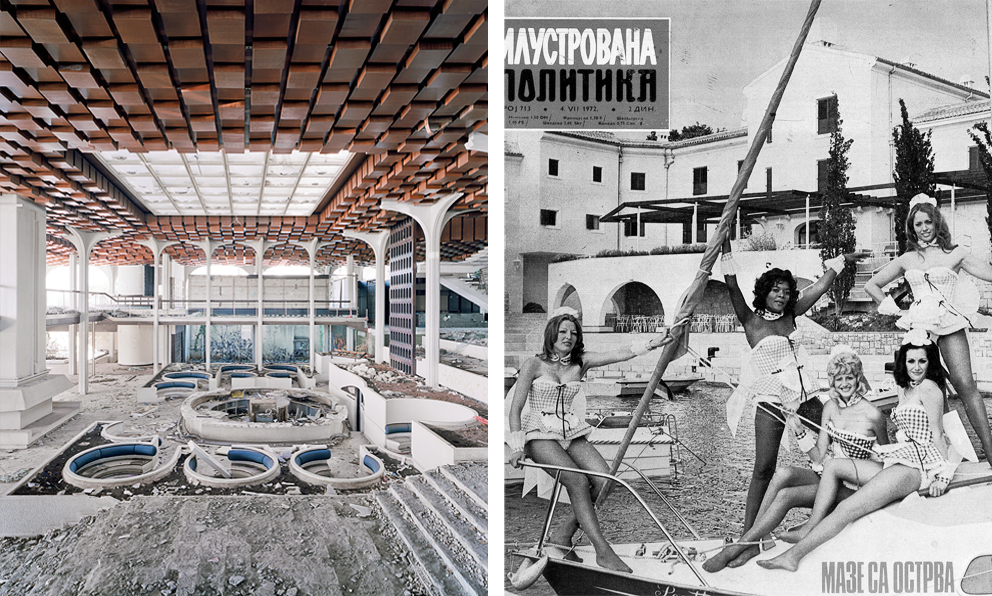 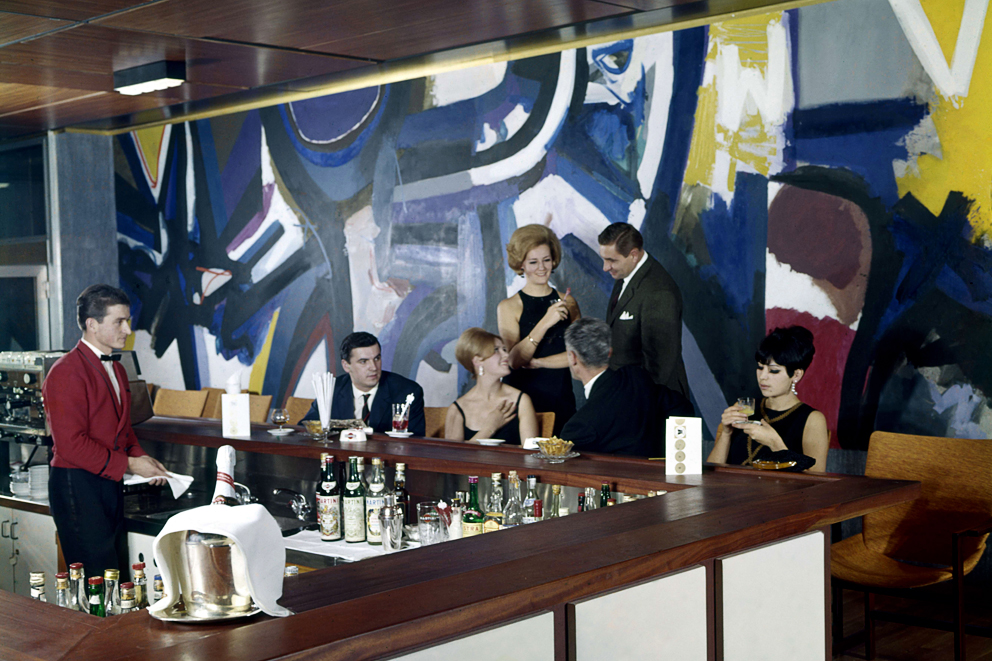 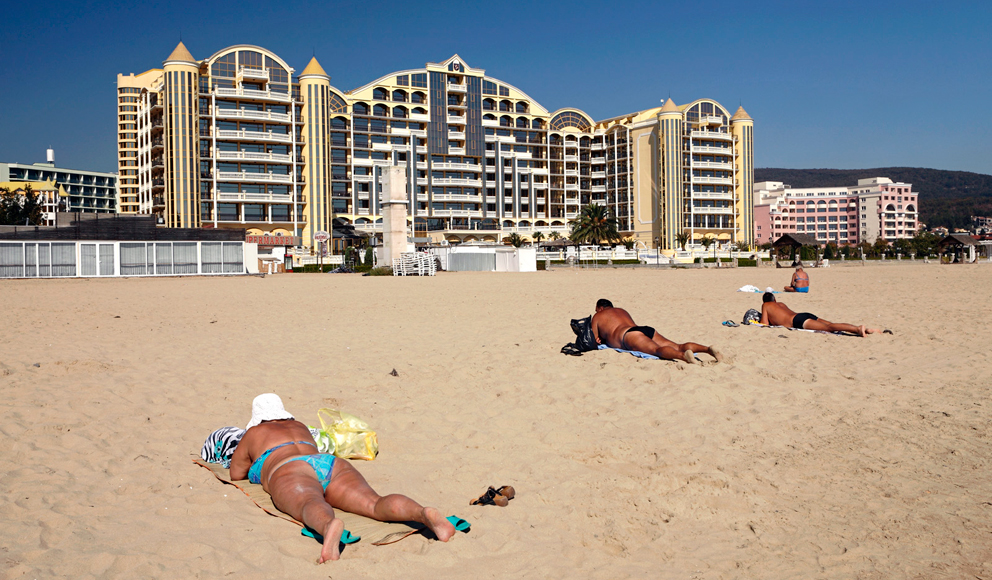 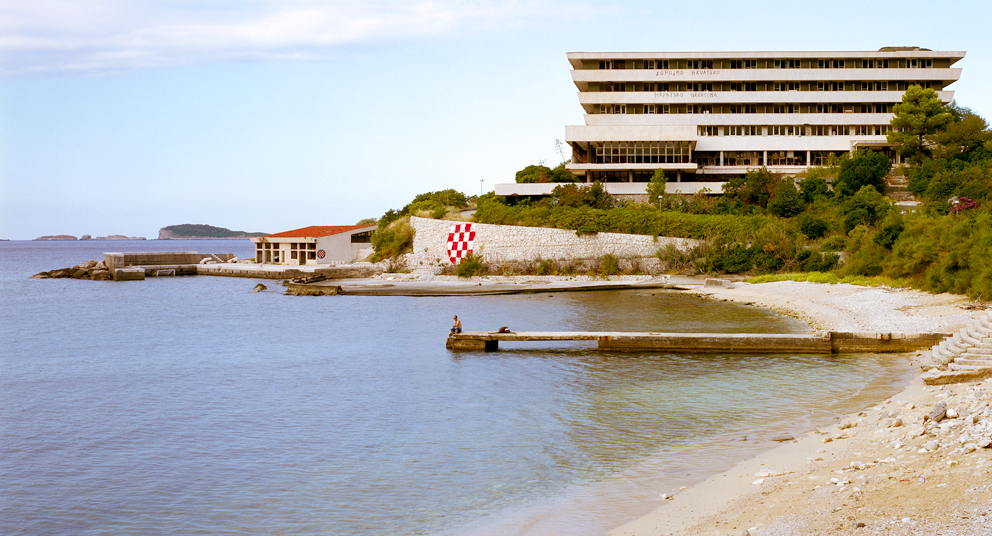 Ruine of the hotel “Pelegrin“ in Kupari, in the south of Dubrovnik, part of a Resort of the former National Guard. Photo © Wolfgang Thaler 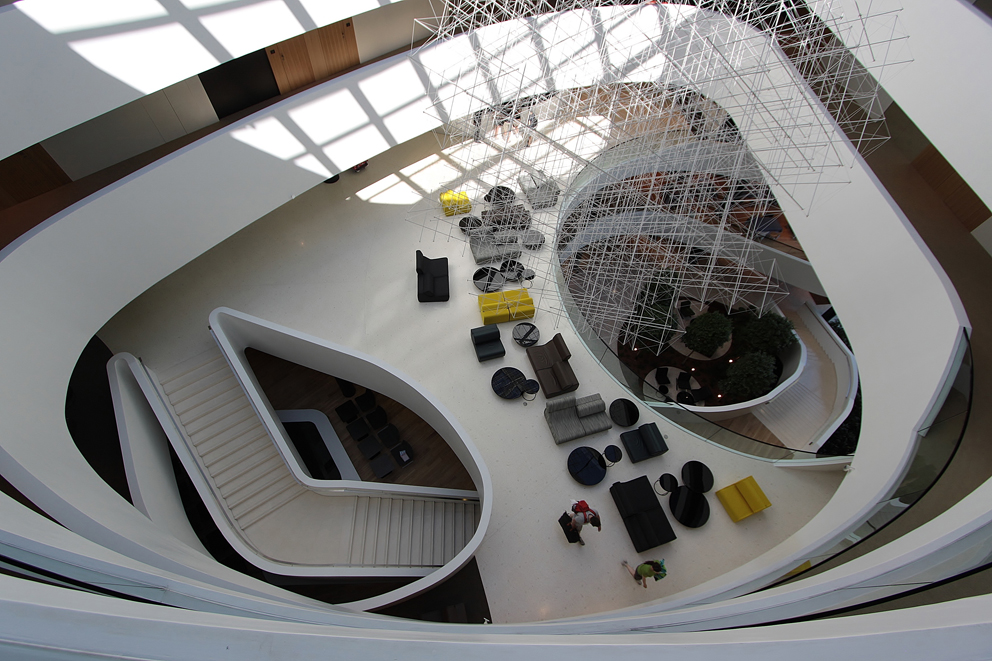 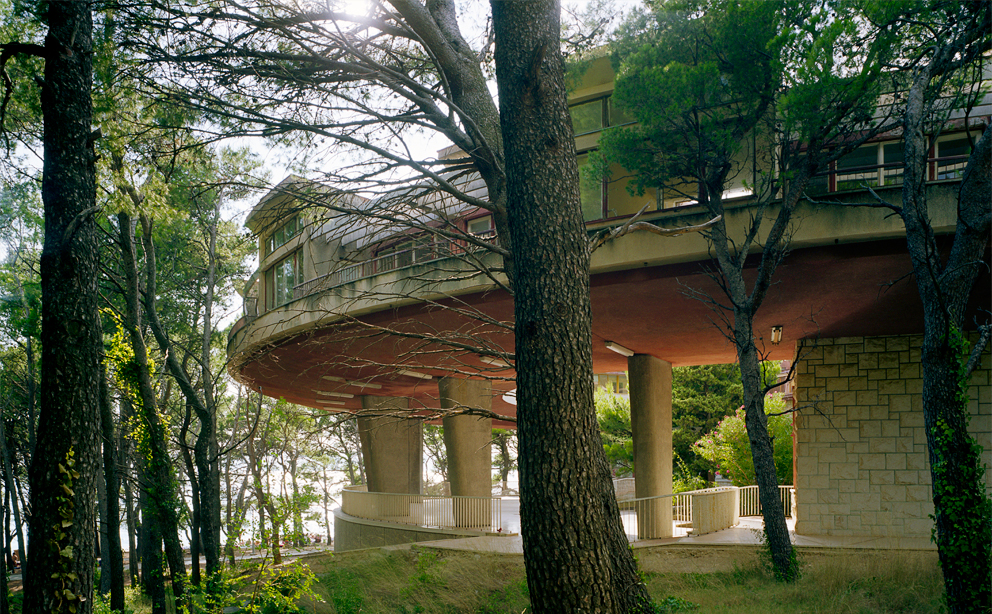 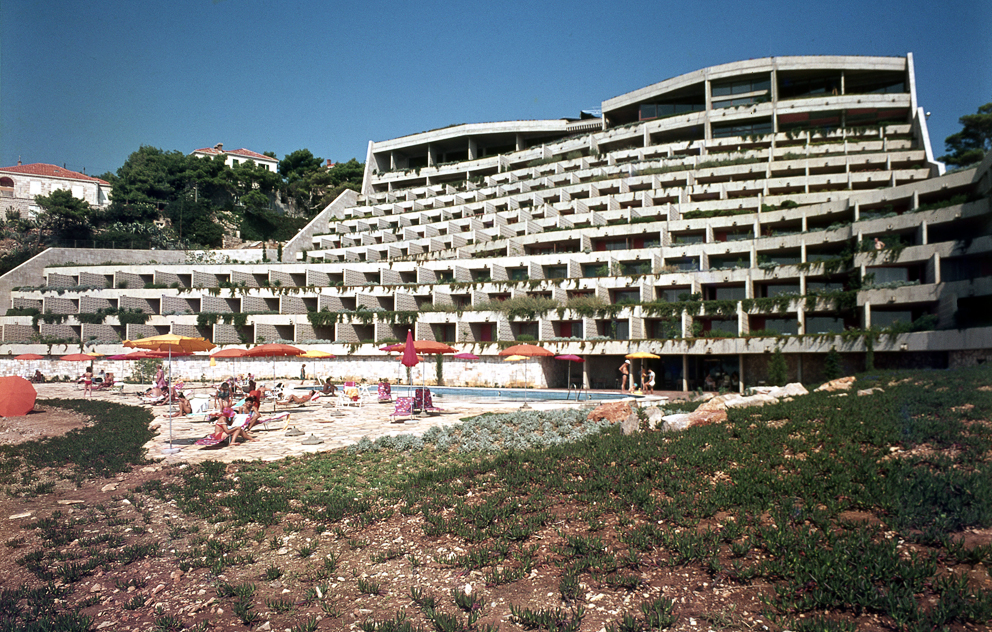 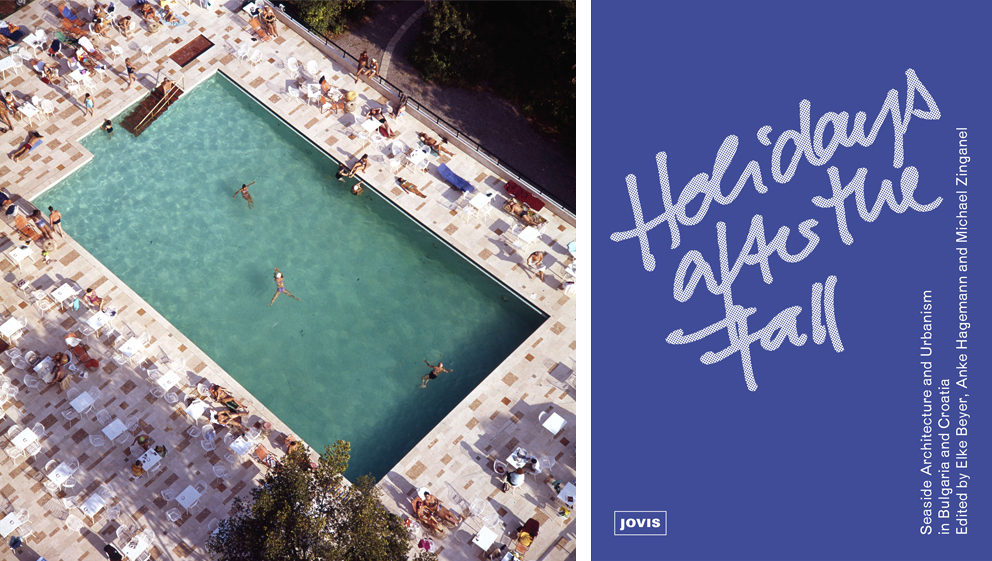