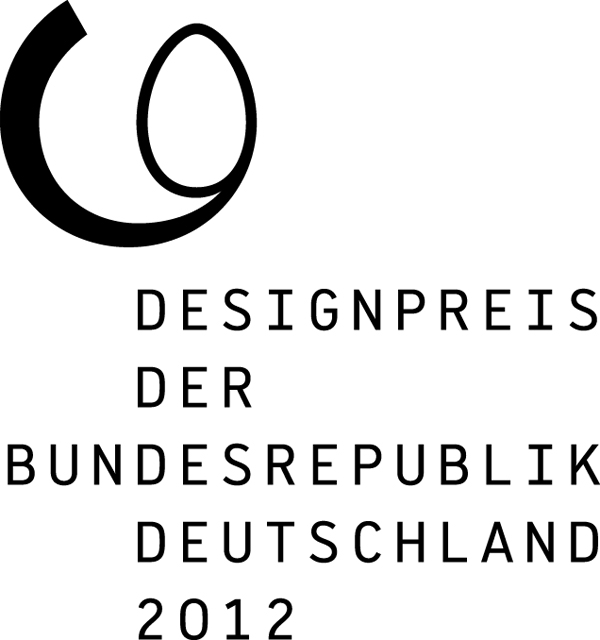 A new start after 42 years. the "Design Award of the Federal Republic of Germany" began life 1969 as the "Federal Award for Good Form" at the instigation of the German Ministry of Economics, and until 2011 was administered and run by the German Design Council. This year that job will go to DMY Berlin. Established in 2003 DMY is an agency that in recent years made the Berlin Design Festival an internationally known event. The Festival started out as a segment of the Berlin Designmai event and later succeeded it.

DMY Berlin has received a service license for a year with an extension option from the Federal Ministry of Economics and Technology (BMWi), which is behind the competition. The Ministry is reducing government funding of the design award but will still exert a strong influence on how it is organized. In the unlikely event that it fails a guarantee you might say a rescue package for the design award will ensure organizers are left with only a part of their costs. Most recently a total of EUR 240,000 to EUR 280,000 was earmarked for German Design Council projects.

As BMWi Secretary of State Hans-Joachim Otto emphasized the Ministry will continue working with the German Design Council on a project-by-project basis. The German Design Council was initiated in the early 1950s at the initiative of the German Parliament to help consumers, manufacturers and retailers in Germany appreciate both the cultural and economic aspect of design. It was also the Council's task to present designs and products from Germany, for example at world exhibitions and fairs abroad.

Following internal research by a Ministry body called "AG Förderprogramme" which examines existing cooperation, but also due to external pressure from competing design award organizers such as iF Industrie Forum Design and Red Dot Award the Ministry put out a tender, which was won in December 2011 by the DMY. The German Design Council responded by establishing a new prize, which was first called "Designpreis Deutschland" and meanwhile is known as "The German Design Council's Premier Prize". (we covered it in News & Stories, "Intense Competition" , October 24, 2011).

Mid-January the Economics Ministry officially presented its new partner in Berlin. For three years until 2010, DMY received start-up funds from Berlin, but has since financed itself from contributions by sponsors, entrance fees and exhibitors' registration fees. Recently, there were around 30,000 visitors to the design festival lasting several days at the old airport Flughafen Tempelhof.

As Otto emphasized, the Berlin ministry expect greater efficiency, and a new environment in the capital, one beyond the reach of the Frankfurt trade-fair company. Joerg Suermann, Managing Director of DMY Berlin, explained his concept. With specific changes he addressed the very points that in previous years had repeatedly been a cause for controversy. As the "Design Award of the Federal Republic of Germany" still sees itself as the "prize of prizes", one condition for entry remains having already won another prize. Suermann and the Ministry are altering the practice of automatically referring to all entrants as "nominees " once they have paid their entry fee. The application and nomination phase will start early March. And how does Joerg Suermann, Managing Director of DMY Berlin see the relationship to the new German Design Council prize? "We have been officially commissioned to organize the prize. Following our research we assume that those submitting entries want the original, the award from the government."

A fundamental change is that all the submitted works that satisfy the formal criteria will be displayed in the hangar of the former Tempelhof Airport during the DMY Festival from 6 to 10 June. As such design enthusiasts get a chance to look at the contributions, and Festival and competition are linked to one another. During the Festival the jury will also convene, and reveal which entries have been nominated for the prize. Chairman of the jury will be Dr. Ulrich Romer. He is responsible at the Ministry of Economics for "standardization, patents policy, inventor sponsorship" and as such also for the design prize. This represents a return to the early days of the award when a ministry member chaired the jury. A further innovation is that the prizes will be officially awarded at a special gala event in Berlin that is not linked to other events – probably in October.

DMY and Ministry have also responded to the discussion over burgeoning participation fees. Admittedly, the costs per submitted entry are rising from EUR 180 to EUR 350, but this is a sum that every design office can afford Suermann argues. However, they will not be asking for further extras and additional fees from participants and/or winners, or so the organizers vouch. As such the new design prize is waiving all the handling charges, winner packages, monthly payments, extras for large posters and whatever other major and minor special costs organizers have managed to dream up in past years. The "award business" as Raban Ruddigkeit calls it on Fontblog, really might get spiced up a little as a result. For example, Suermann believes they can manage without a printed catalog featuring the prizewinners. Should they not manage to find a publisher willing to take on the costs he no longer sees a need on the market for it. Not a huge loss when you think about the big, lavish tomes, which hardly survived the actual occasion as they were largely filled with advertising texts and wordy Jury praise. However, it would be a pity to do without the essays in monographic form on the personality prize.

Double standards on the environment

The way the "Design Award of the Federal Republic of Germany" addresses the topic of the environment is deserving of some criticism. Have not sustainability and observation of environmental standards long since become part of every product development? They should be. And basically products that are not sustainable or eco-friendly cannot claim to be prize-worthy. It is planned to add to the existing categories of product design, communication design, young designer and personality prize the evaluation of an ecological component. The entrant can decide to also have their project assessed according to this additional aspect in order to be successful in a sub-category. Government action does not seem quite harmonized in this aspect: Only recently the German Federal Ministry of the Environment, Conservation and Reactor Safety together with the Federal Environment Agency and IDZ, the Berlin International Design Center, launched the "Bundespreis Ecodesign", which will focus on ecological and design quality and will thoroughly assess the claims made by manufacturer and designer.

Interim conclusion: The old prize is back in a new guise. A chance to make changes was seized. It is regretful that in future less public funding will be available for promoting design. But the reason is also that there is still a lack of concepts for a new take on design that is both contemporary and coherent. For DMY, realizing the design award means a challenge. Precisely because the award will see itself in future (perhaps even more than before with the German Design Council) as a government award this automatically introduces a certain tension to the DMY Festival, which until now was largely geared towards young designers. This mix should make it an attractive prospect for visitors and participants alike. Similarly interesting is what a gala ceremony in Berlin will look like - more like a business event? Or like a big party? Or perhaps like a stimulating meeting of self-confident professionals from politics and design, after all? We shall see.

The German Design Council, which has been deprived for the time being of an important part of its existence, might possibly gain new strength if it saw itself more as an organization in its own right, a forum of creative powers, and articulated the latter's objectives. This is initially painful as it will not make them any money but perhaps it would generate new impulses that go beyond the familiar "award business".

See also on this topic:
"The competition heats up"
"So anyone who to read the documents ..."