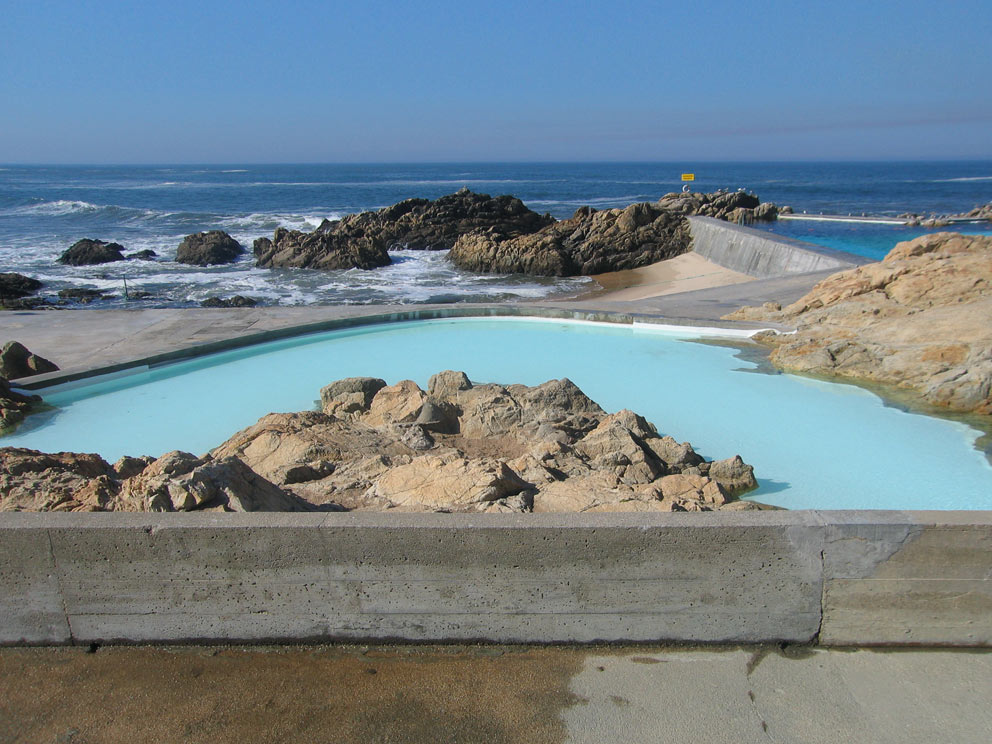 Little is known about how Modernist architects preferred to bathe. Although we do know that Le Corbusier liked the sea: He built himself a small beach house named “Le Cabanon” on the French Riviera and there’s even a photo showing him in his bathing trunks on the beach. In fact, the Modernist architects often integrated expanses of water into their designs, albeit not necessarily in a manner suited for bathing. One need think only of the pond in Mies’ “Barcelona Pavilion”, the small and not especially deep basin in Luis Barragán’s villa in Mexico City, and of course the sports pool on the roof of Le Corbusier’s “Cité Radieuse” in Marseille.

Anyone really wanting to enjoy a dip in Modernism should definitely try out Álvaro Siza’s seawater pools in Leça da Palmeira, Portugal, only a few minutes by car from the harbor city of Porto. Like many of the bathing spots here in the country’s north the craggy shoreline does its bit to prevent swimming always being that easy a matter. Not to forget that the cool Atlantic can on occasion be very rough, and the fierce currents can be dangerous. To enable people to cool down without having to concern themselves about such matters, over 50 years ago Siza designed his “Piscinas de Marés”. The ensemble consists of two seawater basins, changing rooms, showers and toilets, and follows the natural topography of the coastline. A ramp leads down to the pools, and the walls of the utilities flank the entrance. The coarse concrete walls are turned out in colors that emulate the rocks on the beach. Siza achieved this by having crushed cliff rock mixed in with the concrete. The two basins have been blasted out of the cliffs. The larger is for swimmers, and is enclosed on three sides by rocks, with a straight concrete wall making up the fourth. The paddling pool, by contrast, boasts a far larger curved and wider wall that doubles up as flat zone for kids to mess about on. Anyone wishing to sunbathe will find plenty of space on the different levels in this artificial and yet natural setting.

Here, there are no flumes, and certainly none of alone those with the dazzling loops that send your heart spinning into your mouth. Just as there are no whirlpools, water-side bars and colored tiles. No, Siza was not interested in anything of that sort and the ensemble has thankfully been spared any such additions after the fact. After all, the architecture itself is exciting, as are the moments when the power of the waves send fresh seawater swirling into the basin, and the foam crashes on the cliffs. That is excitement enough.

Hot Spots – The One Man Sauna: Forget about the mixed sauna! In Bochum, people not only analyze urban interstices, they also get in a sweat all by themselves.
(14 July 2014)

Hot Spots – swimming in the city or in the river: Is there anything nicer than having a cool dip on a scorchingly hot day? Best of all downtown.
(18 July 2014)

Hot spots – a pool in the desert: Life is pretty hot in the desert, at least during the day. So what could be more handy than a pool to cool off in. Just be sure to remember the key.
(30 July 2014) 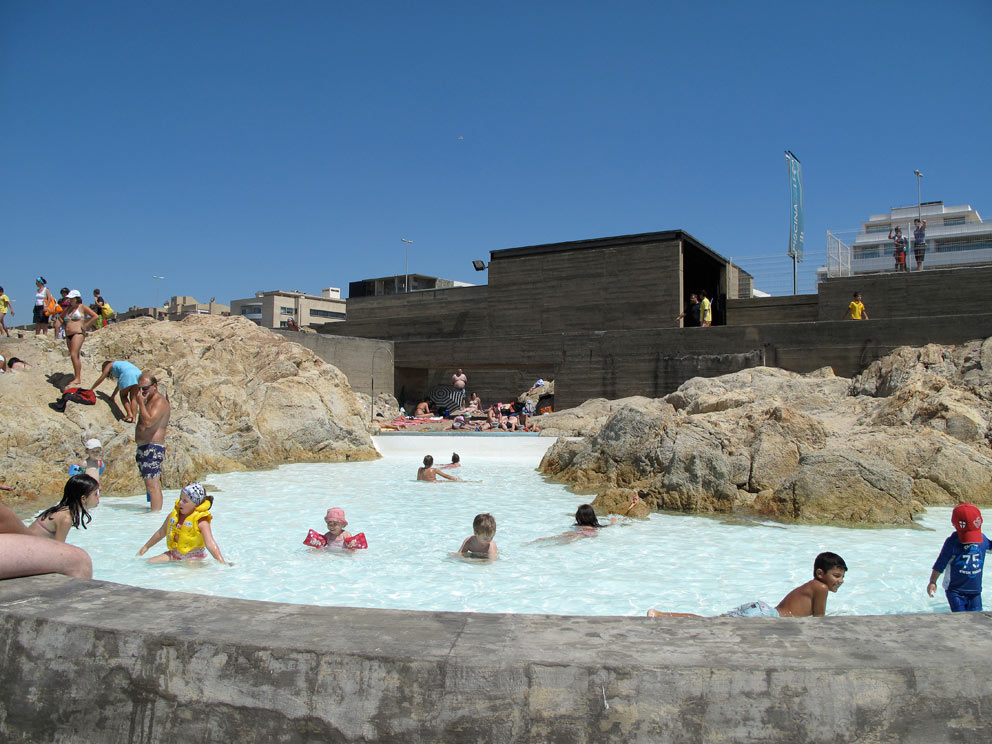 In the background the changing rooms and toilet house, in the foreground the non-swimmer pool. Photo © Flickr/Cecilia 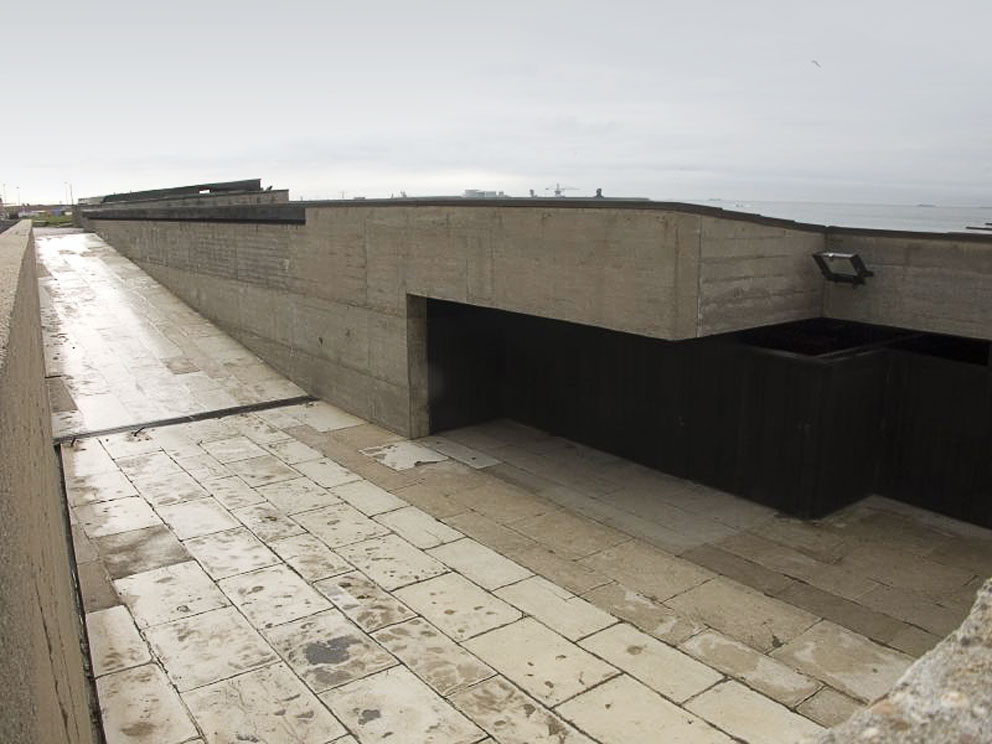 The visitors walk down the ramp to the utilities and to the pools. Photo © Flickr / Ivan 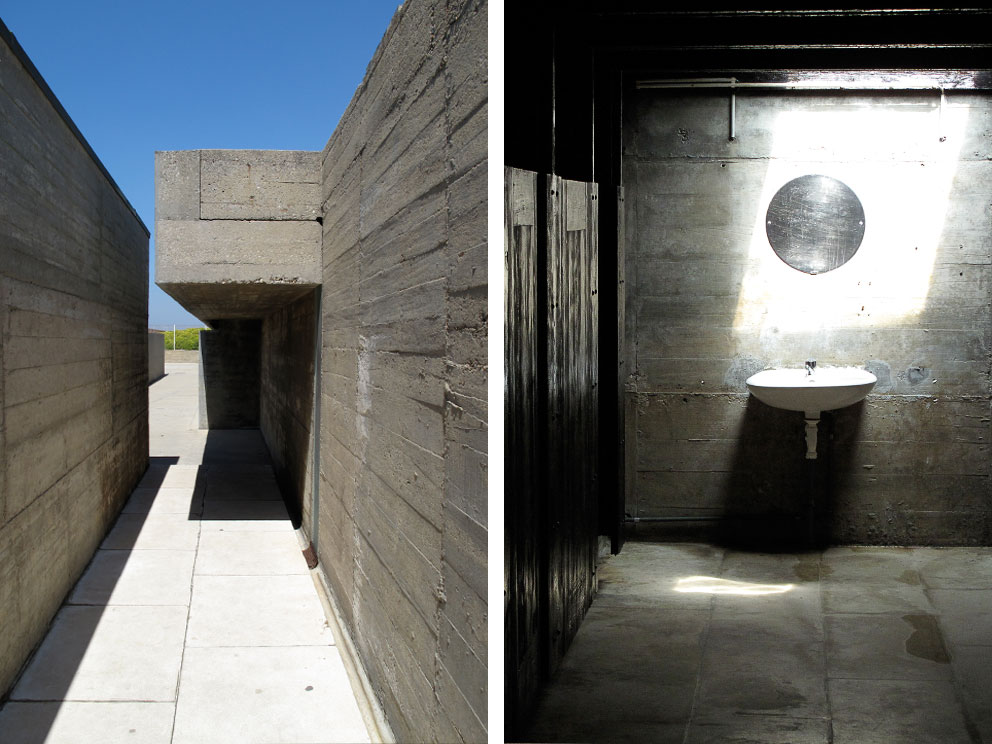 The coarse concrete walls are turned out in colors that emulate the rocks on the beach. Photo © Flickr/Cecilia 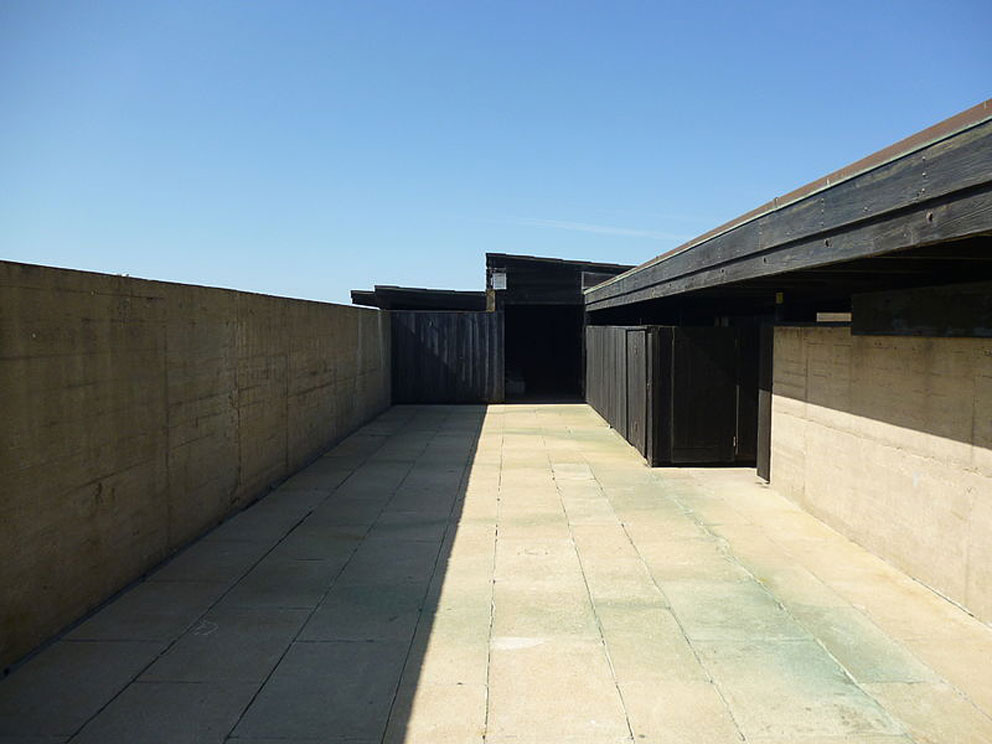 The changing rooms and toilets are shielded from the pools and sunbathing areas. Photo © Flickr / Cecilia

Section and floor plan: the building and the pool inserts softly into the rocks. Drawing © Wikipedia 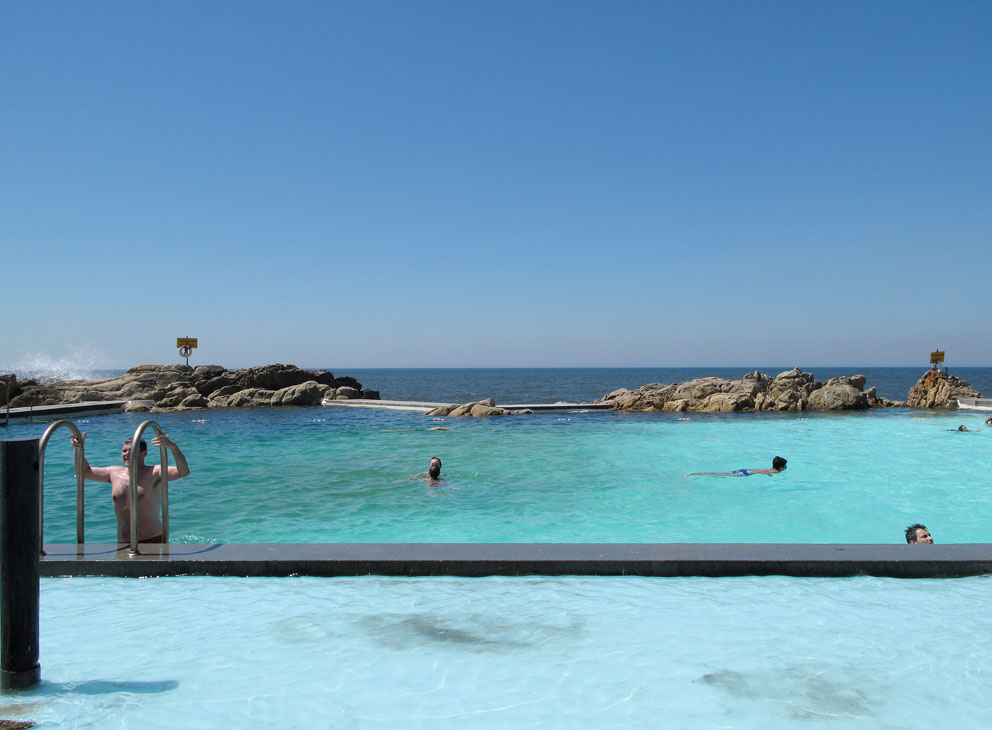 The power of the waves send fresh seawater swirling into the basin. Photo © Flickr / Gabriela
Advertisement