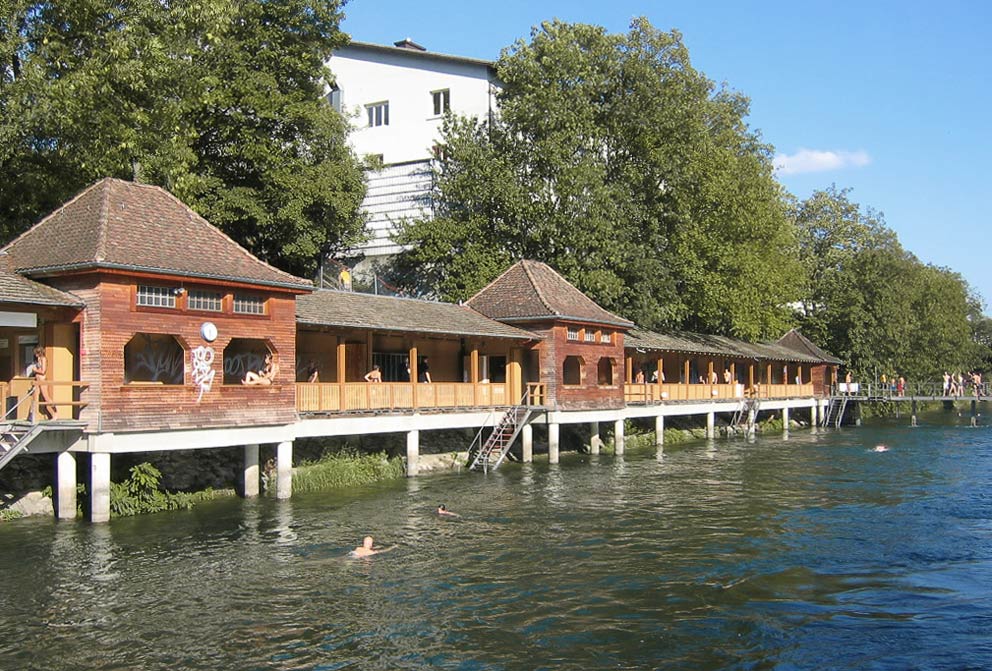 River-side lido “Unterer Letten” (built 1909) still is the "best you can have" for the people in Zürich. Photo © Adeline Seidel, Stylepark

What really comes to light in summer is that the cities reconquer their riverbanks, lakes or seas. And lidos are back in fashion, even if, as with the Rhine, today you can only bath in the upper reaches. Elsewhere when the summer hots up, the cool water is tempting. If, for example, you check out the Website of the “Unterer Letten” river-side lido, the oldest of the wooden bathing pools in Zurich, founded in 1909, you will come across the following laconic and terse commentary: “People jumped into the water from a bridge. The current was very strong. The people were very good swimmers.” What was once a matter of course, back in the days when there were no or only a very few outdoor swimming pools, has something exotic about it in the days of water pollution and mud contaminated with heavy metals, namely river bathing. Drifting downstream with the current or battling back upstream is simply a very special pleasure.

Denmark’s JDS Architects are something like the specialists for public seawater swimming pools and have designed quite a few over the last decade or so. In 2003 they expanded the Harbour Park in Copenhagen’s Islands Brygge district so that it reached the waterside, and created the “Harbour Bath”, where you can swim, simply sunbathe, play, meet people, relax. Not just this bathing pool is typical of the general trend for the leisure-time and bathing culture to reconquer to cities and industrial brownfield areas. Other designs that JDS dreamed up but did not realize were the 2006 “Harbour Bath” for Aalborg, and the 2007 counterpart for Dublin’s Docklands. In 2013, the urban “Kalvebod Waves” was completed in Copenhagen’s Kalvebod Brygge, directly opposite the “Harbour Bath”. Where previously anonymous office buildings prevented any real public life, the Copenhagenites can now laze around in the sun on the “Waves” in the summer months, or use the artificial landscape of wooden and concrete runways to dive into the cool harbor waters. 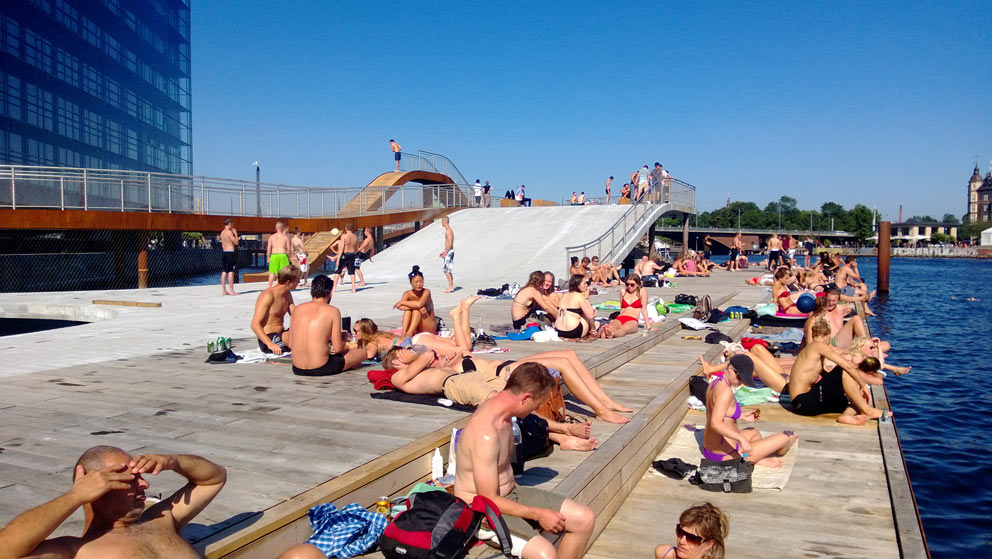 Sweating in the City: The bathing culture returns back to the cities and areas that were once used for industrial. Photo © Henning Stuben

The “Faaborg Harbour Bath” at the southern tip of the Danish island of Funen, likewise designed by JDS, has just been commissioned, completing the company’s range of seawater swimming basins. It is based on the idea of combining an open swimming area in the sea with a set of piers that branch out seawards like so many fingers to form swimming areas in-between. In Faaborg the four piers leading out into the sea are of different lengths and breadths. Each of them offers waterside access, and each pool has its own purpose. The wooden piers are all made of decks, ramps and stairs. They house changing rooms, seating areas, small pools for the kids, a sauna and a meeting point for boating tourists. Maritime life, be it at the riverside, the harbor side or the seaside, has started to be linked more closely to urban life again.

In 2010, at the Venice Architecture Biennale, JDS Architects presented a proposal as courageous as it was bizarre: “Venice 2.0”. They imagined a garland of high-rises surrounding the old lagoon city, an Italian Copacabana that would protect old Venice against high tides if climate change persists and which could also form a seemingly endless beach with tropical plants. With a great view of the Serenissima.
Anyone who often whiles away by the water likes to dream. Until you go for a dip to cool off. Or, as the commentary on the “Unterer Letten” basin says, for the “best you can have”.

Hot Spots – The One Man Sauna: Forget about the mixed sauna! In Bochum, people not only analyze urban interstices, they also get in a sweat all by themselves.
(14 July 2014) 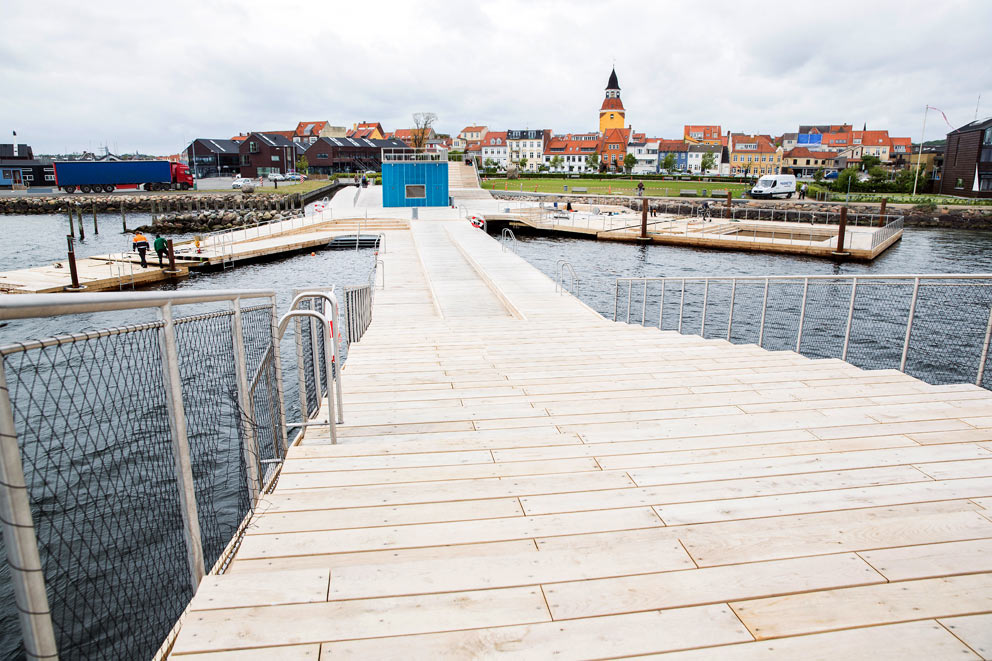 The “Faaborg Harbour Bath” at the southern tip of the Danish island of Funen, likewise designed by JDS, has just been commissioned, completing the company’s range of seawater swimming basins. Photo © Mette Krull 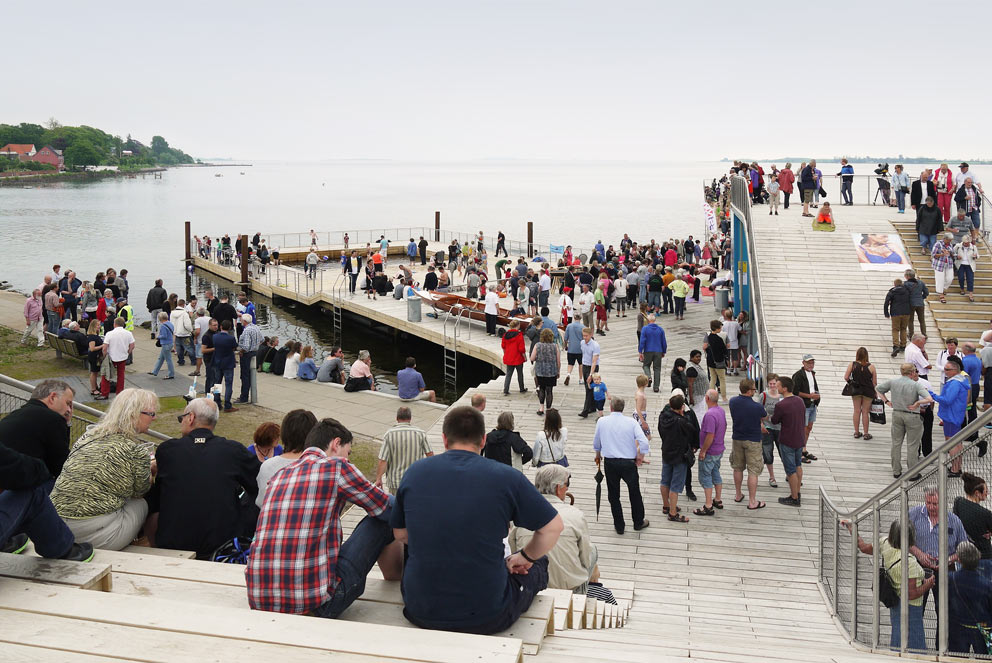 Like fingers the four piers leading out into the sea and create different bathing and deck areas. Photo © Mette Krull 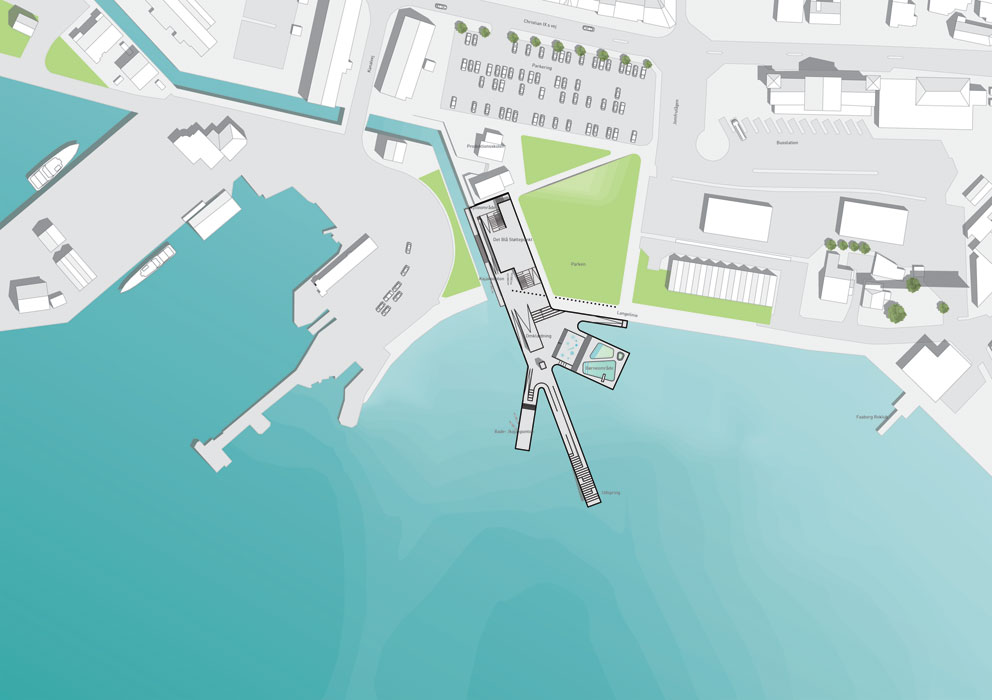 In Faaborg the four piers leading out into the sea are of different lengths and breadths. Drawing © JDS Architects 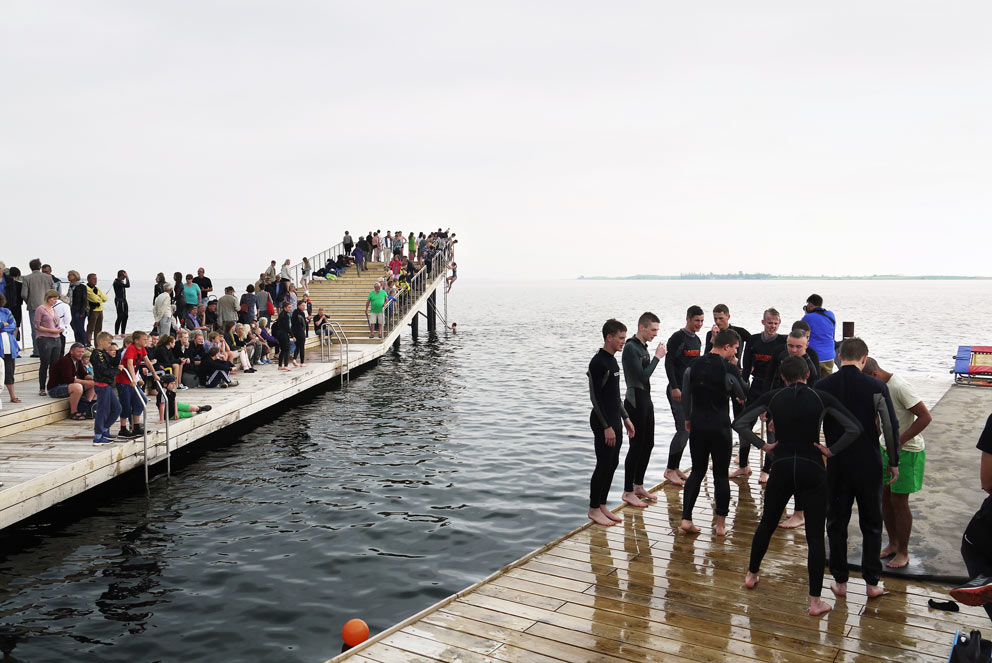 The wooden piers are all made of decks, ramps and stairs. Photo © Mette Krull 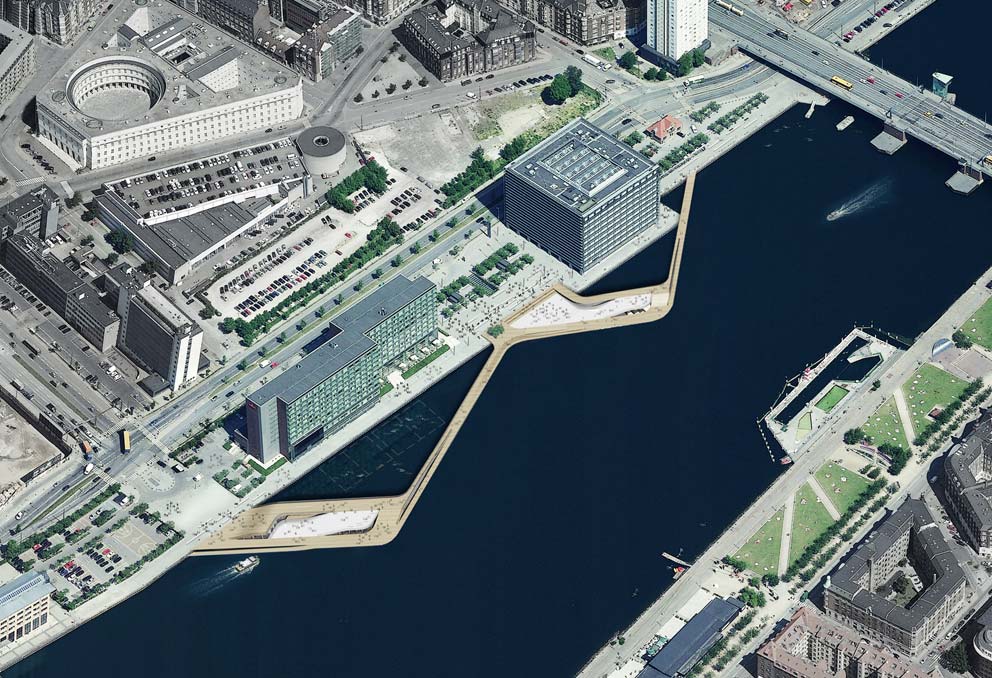 In 2003, the "Harbour Bath" was opened (on the right). Ten years later, on the opposite bank, JDS Architects created the "Kalvebod Waves". Drawing © JDS architects 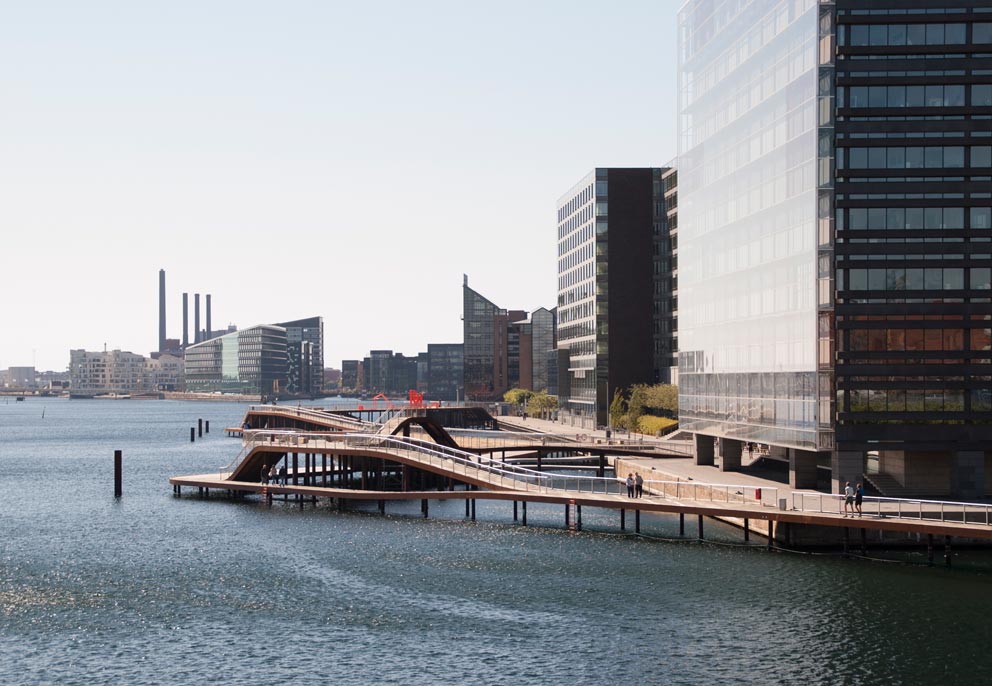 Sun as much and as long as possible: to avoid that the cast shadows of the office buildings fall on the "Kalvebod Waves", these were deliberately placed a few meters from the water's edge. Photo © JDS Architects 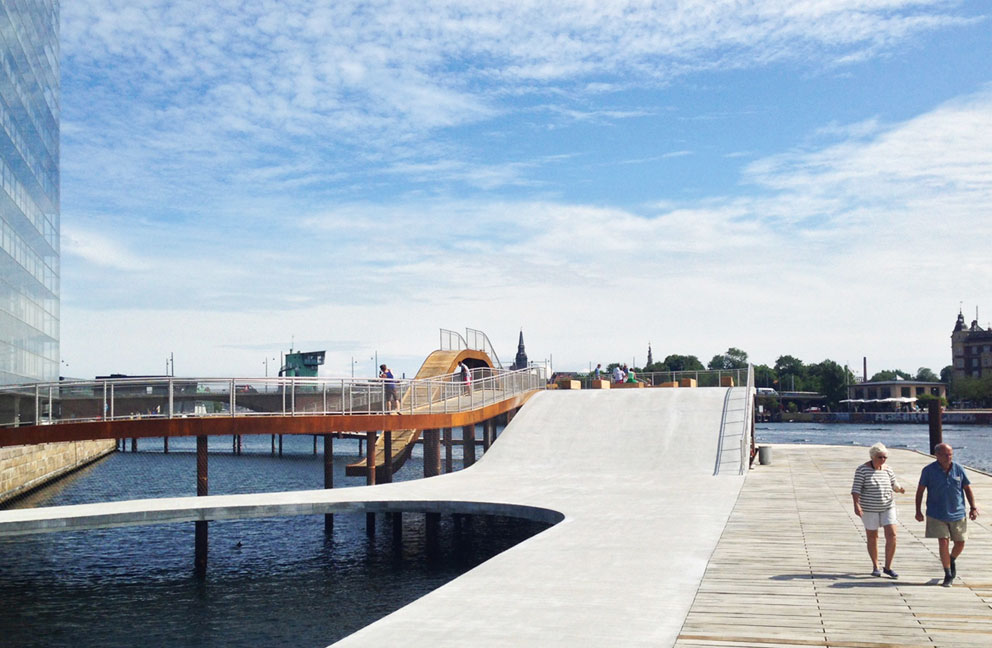 Walking, Cycling, lying in the sun: the artificial landscape of the "Kalvebod Waves" is more than just a few piers in the water. Photo © JDS Architects 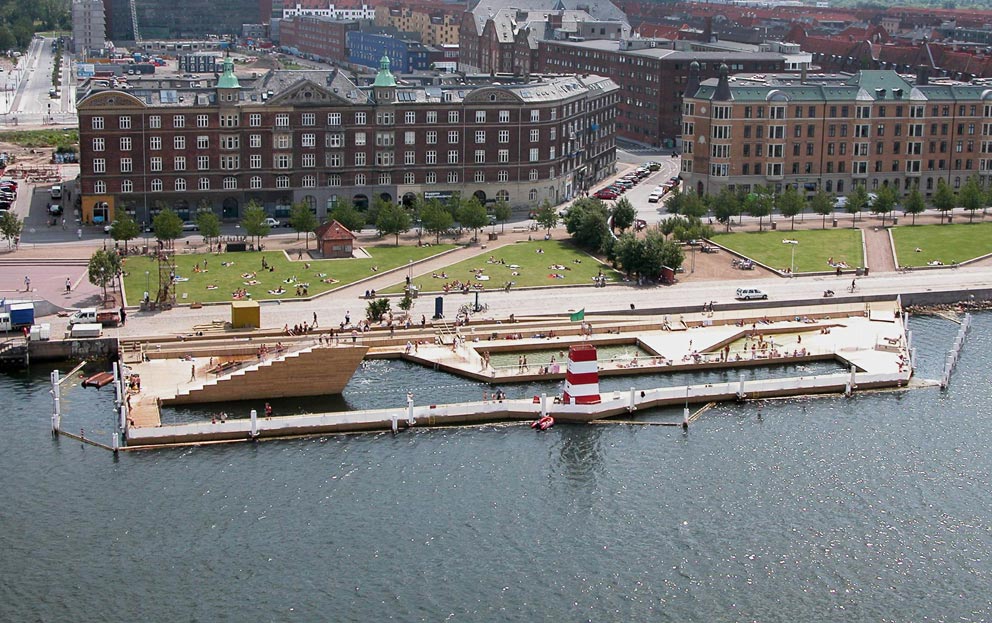 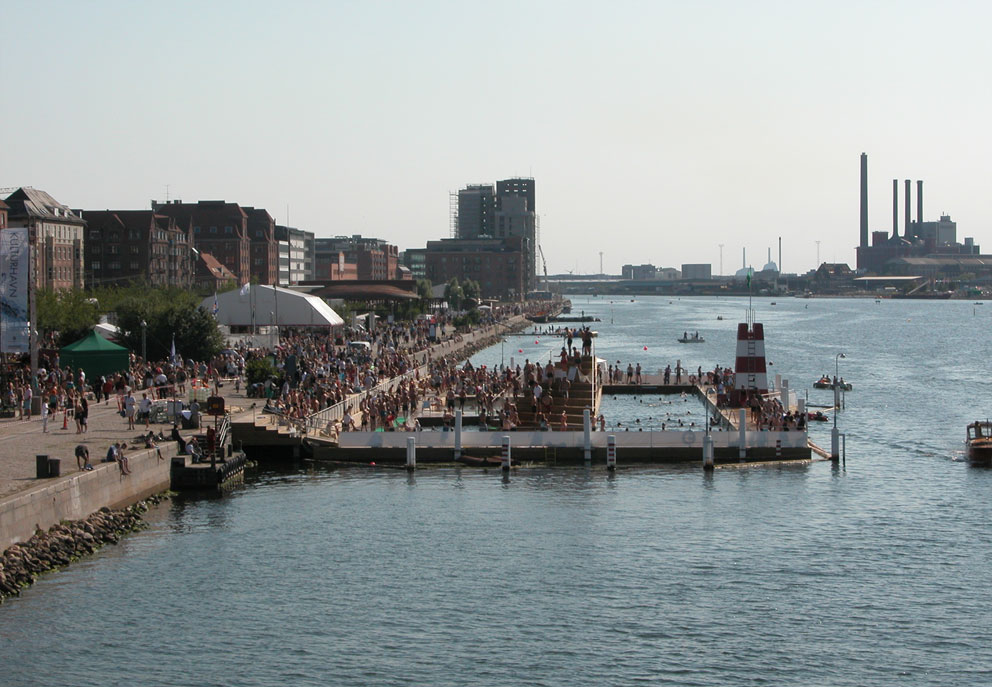 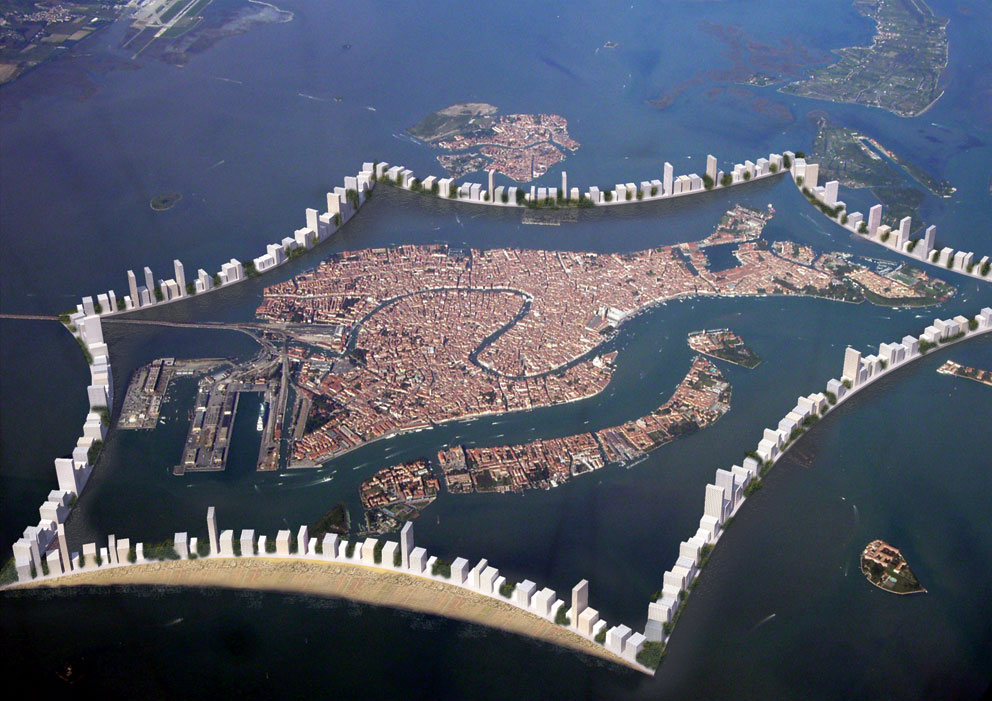 “Venice 2.0”, an Italian Copacabana and with a great view of the Serenissima. Drawing © JDS Architects 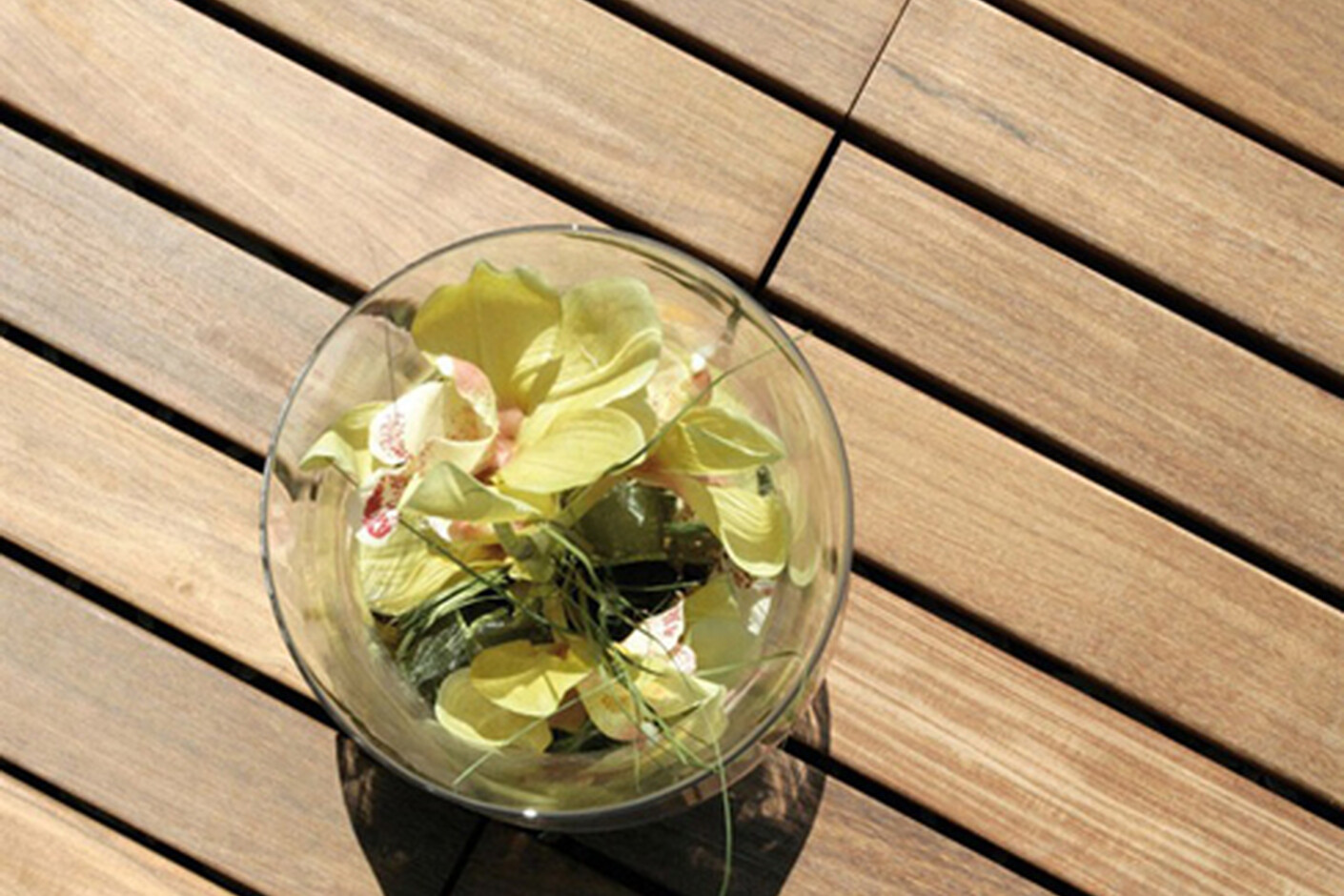 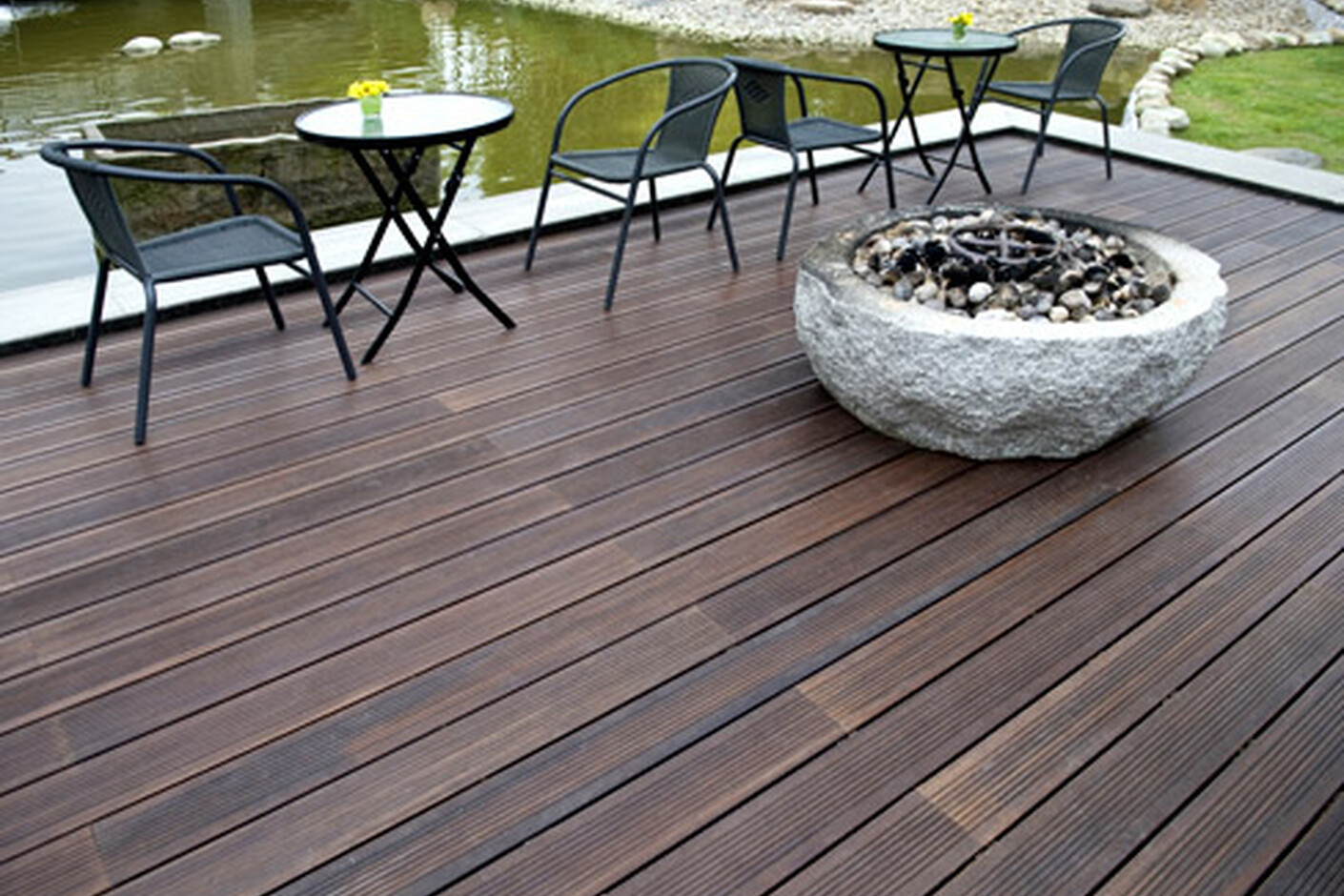