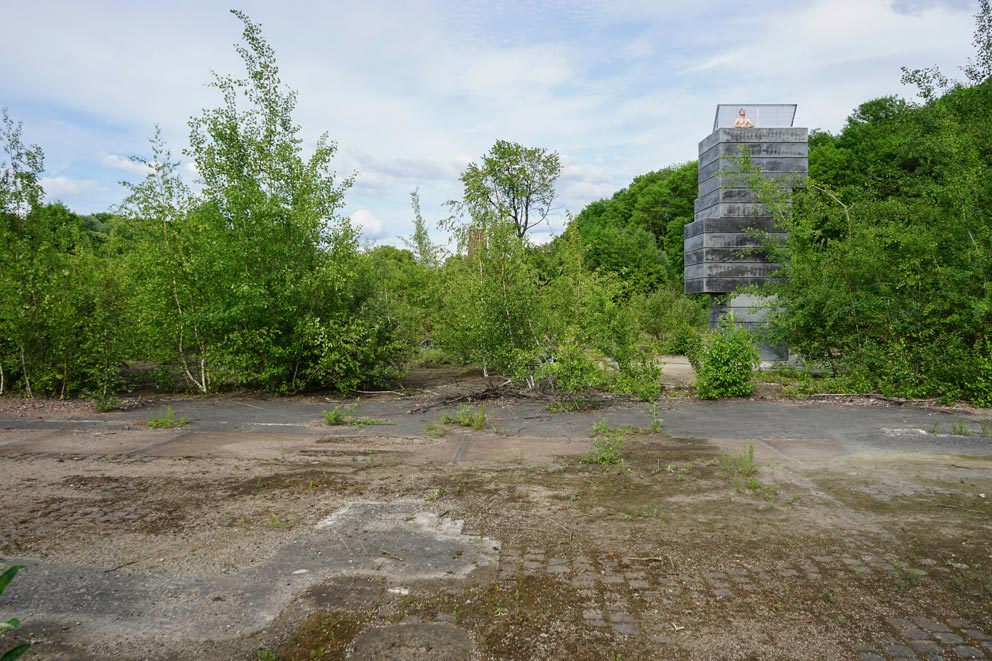 Somewhere in the middle of nowhere is the “One Man Sauna” located. Photo © modulorbeat

Taking a sauna is always an option. No matter if it’s a hot summer’s day or if an unexpected trough of low pressure leaves you shivering. Those willing to work up a decent sweat in dry heat will cleanse their skin and strengthen their immune system. As the Finns have always known. Preheat the sauna cabin, enjoy it with a few friends, and out front the secluded lake to cool down in – now that’s true bliss!

Well Bochum is not exactly Finland, and yet the art of sauna is taken to new heights here in a setting that is both artistically and architecturally appealing. The “One Man Sauna” project came to life as part of the “Detroit Project” hosted by the Bochum Schauspielhaus and The Ruhr Urban Arts Festival; it’s a brainchild of the “Borderlands” research lab that explores the outlying limits of the City of Bochum as a part of the urban conglomerate that is the Ruhr region. Initially Bochum borderlands were analyzed as one continuous zone of perception, following which the architects at “modulorbeat” used research worksheets, known as “feuilles de travail”, to assemble photographs of typical peripheral zones in Bochum, accompanied by a collection of texts on the topic of “doing nothing”. Finally the artists’ collective built the die One Man Sauna on an abandoned factory site in Bochum.

The sweat box for singles is a 7.5-meter tower made of stacked prefab concrete elements, originally destined for the construction of mining shafts. The one-man sauna is divided into several functional layers on top of one another, which are linked by vertical ladders: At the very bottom is the plunge pool, in the middle the sauna proper, and at the very top a relaxation room with a view of the open sky. Even if the staggered building components make the gray stand-alone look like one of those reinforced concrete control towers you find on military training grounds, all by yourself in this heated spot, you may nevertheless actually keep a cool head. Because of that sense of dolcefarniente, as the Finns say. Or was it the Westphalians? Regrettably, the sauna has now been disassembled to be re-erected somewhere else.

Hot Spots – swimming in the city or in the river: Is there anything nicer than having a cool dip on a scorchingly hot day? Best of all downtown.
(18 July 2014) 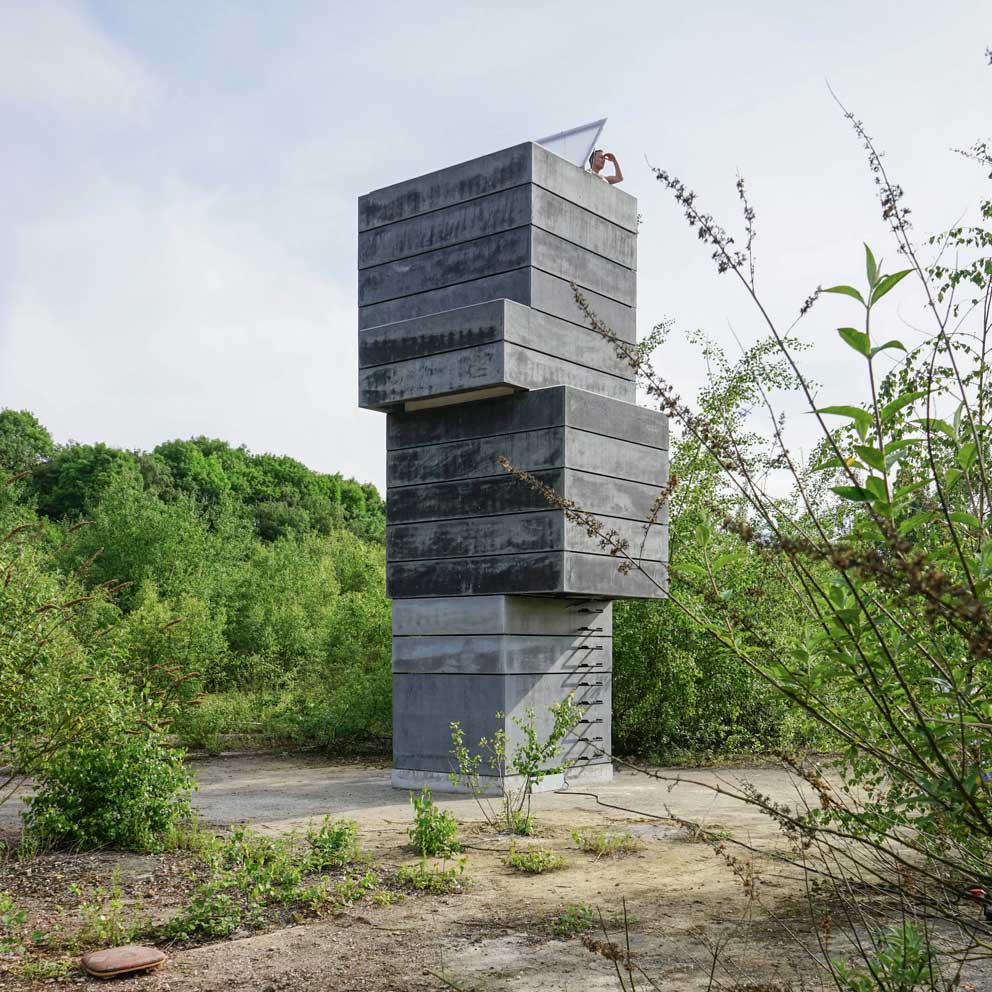 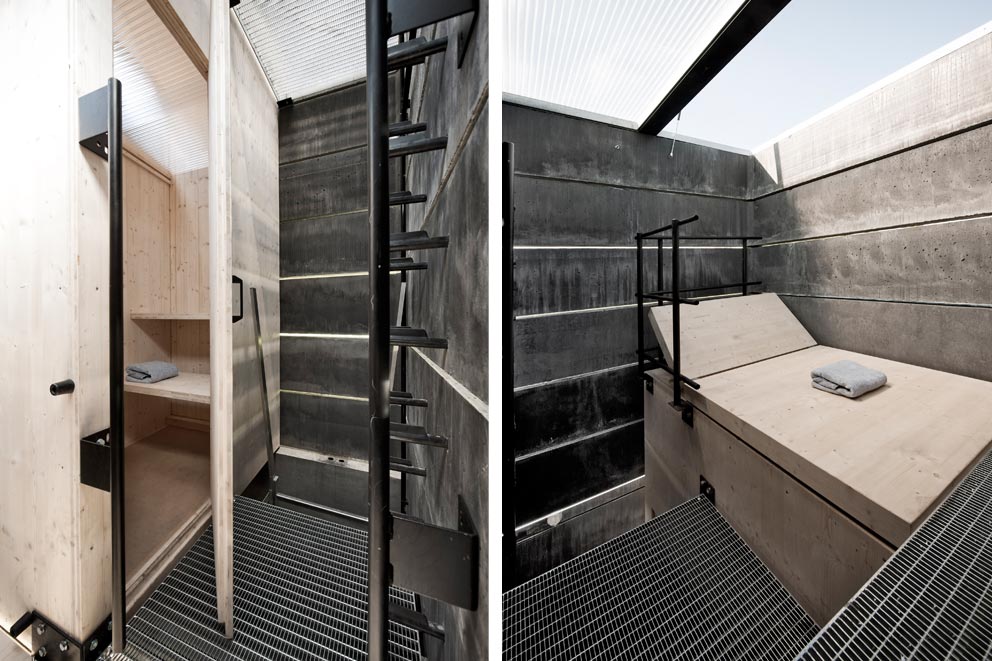 Photo left: The sauna in the size of a cupboard. Photo right: The rest area with view of the sky. Photos © Roman Mensing 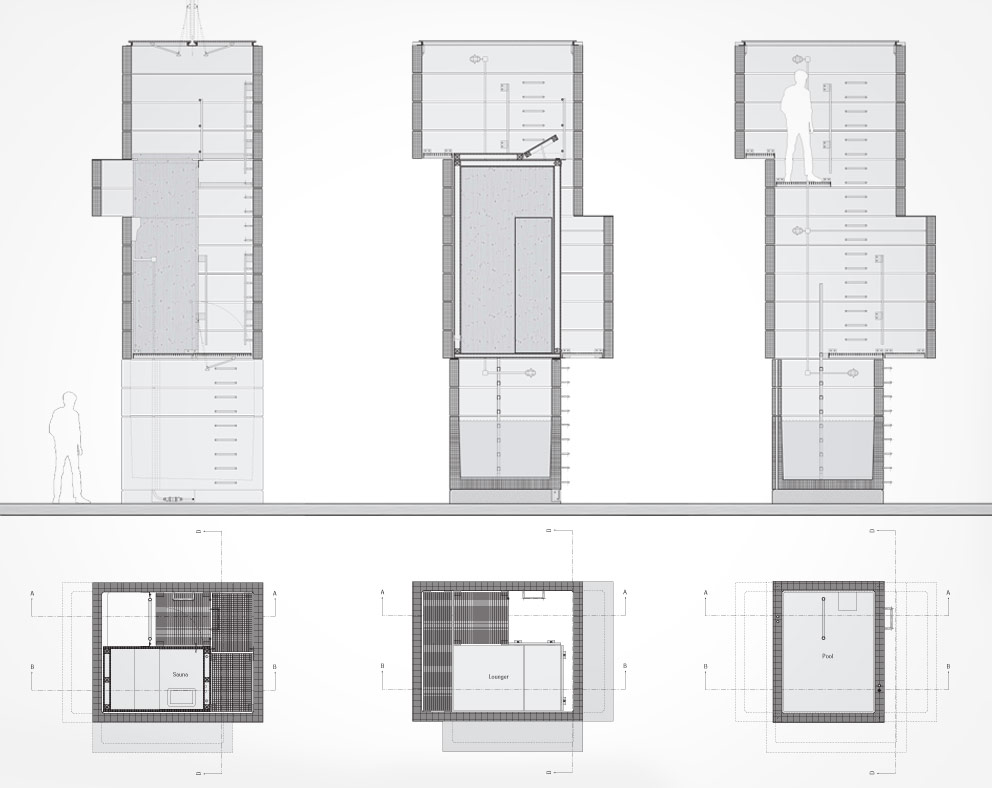 Section and floor plans of the building. Drawings © modulorbeat 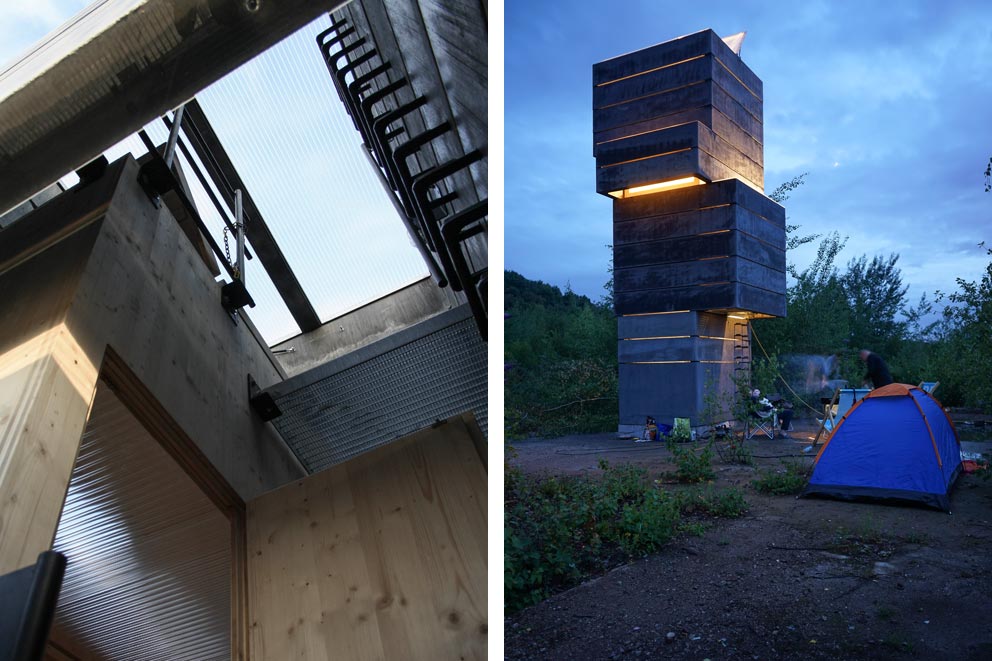 Sauna with Ruhr region romantic: wild but without a lake. Photo © modulorbeat
Advertisement