Stefan Diez is also presenting a new chair in Milan, which he has named after the famous American escapologist and conjurer "Houdini".

Produced by e15 in two versions and various colors, the chair consists of plywood strips, which are stuck around bars of milled solid wood, making the bars practically invisible. Especially striking is the chair's structure of several sections overlapping one another like scales. As the plywood strips are cut of veneered sections and only later bent by hand no molding costs are incurred. This enables a complex composition comprising several pieces that also lends "Houdini" its special elegance.

Whereas in the version without armrests we are struck by the almost cubist staggered surfaces of seat and backrest, which lend a handcrafted yet simultaneously technical look, in the version with armrests it is the backrest that drapes itself around the seat like a broad, ingeniously cut shawl collar gives the chair an air of extravagance. As you might expect from Stefan Diez: a chair with character. 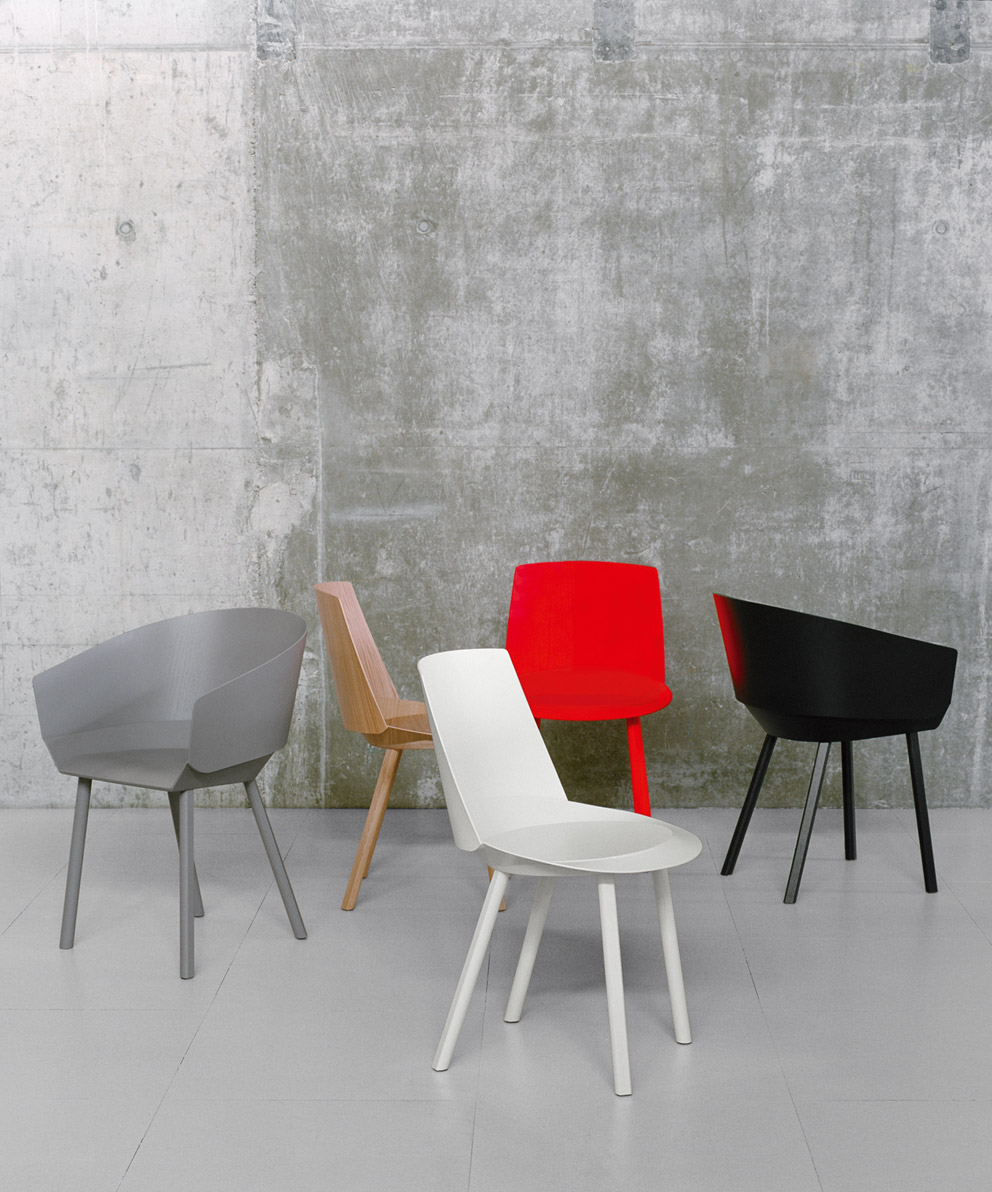 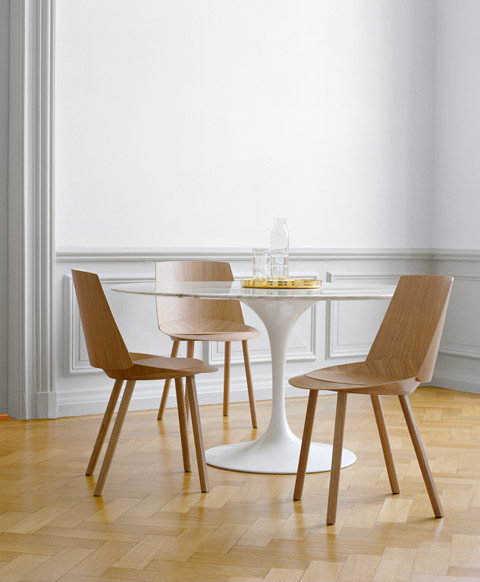 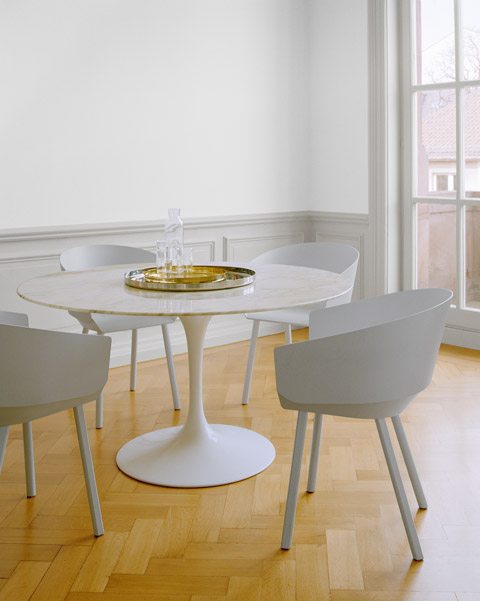 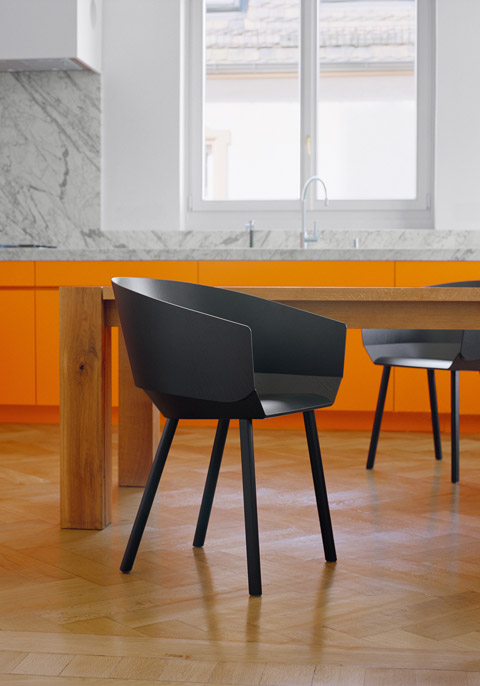 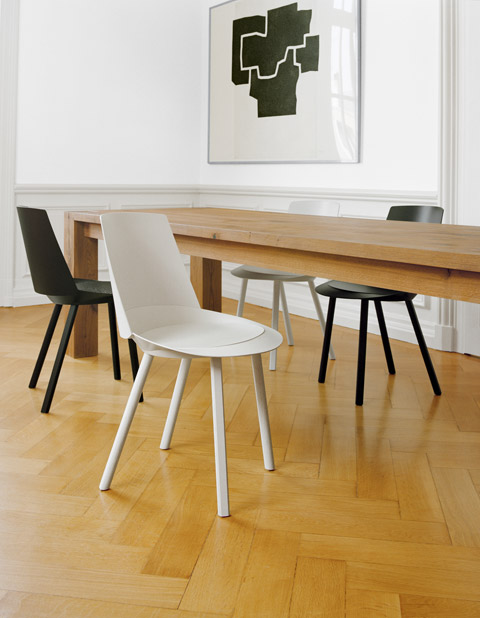 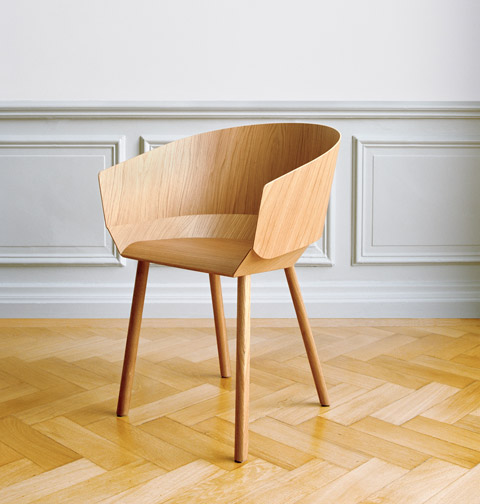