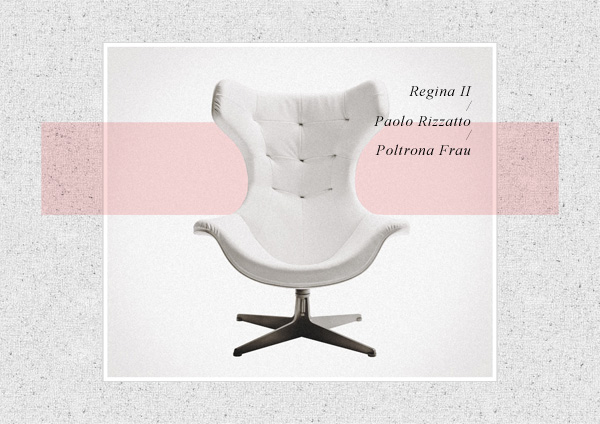 If the throne is reserved for the king alone, the armchair could be considered the people's throne. But humbly lounging on this cushioned seat somehow feels... inappropriate. Hard work is rewarded. Only those who have earned something can savor it, can indulge in this restful state of mind. Such that the image of the armchair is shaped by that of grandpa sitting there, reading and telling stories; explaining the world. And that's not all: he is owed respect. And if grandma takes her place in the armchair, the wool and knitting needles cannot be far away: This is the armchair we picture in our minds.

The armchair is without a doubt the item of furniture of the privileged. An essential fixture in the British Royal family household, where it adorns the venerable fireside. This richly upholstered item of furniture has decorated noble homes for centuries now. But it was not until the 17th century that it grew the wings that would lend it its name – the wing chair – the clearest image we have of a piece of furniture that has lived through endless adaptations. And this despite the wings' origins being above all practical and not at all symbolic, namely to protect from draft. However, in terms of iconography an image has taken root with these projecting wings that carries with it a certain grandpaness, which always overlaps with a sense of lazy coziness. It creates a sort of emotional security, which in design is something extremely suspect. Yet the discipline of refinement and advancement considers itself obliged to rational intellect: a conceptual mélange, from which modern counter-icons consistently grew. This can be seen most notably in tubular steel furniture, where the closest thing to the armchair is the "LC2", designed by Le Corbusier et al. Although for those who prefer that feeling of security and protection, this will hardly hit the spot.

Re-reading what we have already learnt

We are more likely to view works by Arne Jacobsen as places of retreat. With his "Egg" chair, designed for the lobby of the Radisson SAS Royal Hotel in Copenhagen, he successfully achieved a balancing act. The visible coziness is not sacrificed in favor of any kind of sober reason. Though this has admittedly come at a price, namely of having designed an item of furniture whose seating position is too up-right for the private sphere; that is more like a throne than an armchair; but even as a throne is completely unsuitable, for it embodies not a trace of authority. Yet it is ideal for the grand lobby, an opportunity for public retreat. In its numerous manifestations the whole furniture series, to which the chair belongs, is a fixed component of the great picture book of design we all have in our minds. On the one hand as a classically proportioned armchair with a high backrest, on the other as a club chair, the armchair's little brother, whose backs are almost if not just as high, but always remain considerably lower than shoulder height.

It is not without reason that this item of furniture has gone down in design history – and holds onto its prominent position to the present day. For it seems to be the embodiment of a recipe for success. All the same, the Poltrona Frau "Regina II", designed by Paolo Rizzatto in 2009, is based on remarkably similar proportions – even 50 years later, more evidence of Arne Jacobsen's archetypical qualities. It is no wonder that Rizzatto once again took to searching through the treasure trove of shapes and forms that is design history. And found his inspiration. For Regina II's very slight recline calls for an ottoman, somewhere to put your feet. Something we are already familiar with from history books and associate with an item of furniture that created its own typology: the "Lounge Chair" by Charles and Ray Eames. A piece of furniture that without an ottoman is simply incomplete. And one that – in contrast to Jacobsen's Egg – is less suitable to adorn a grand lobby, being just too laid back, exposing the user too much. Wings, which symbolically offer protection, are completely absent here. And it is a piece of furniture that – put nicely – has provided plenty of inspiration for other designers. After all, the niche areas in which design is still able to set foot have become noticeably smaller. This can also be seen in the "S 860", designed for Thonet by Kassel-based design studio Lepper Schmidt Sommerlade in 2006. Or "Shrimp", designed by Jehs + Laub, with which Cor has been serving the market for ottoman-dependant armchairs as of this year. As similar as they are in terms of basic format, their individual interpretations are just as varied. Classifications may be gradually shifting, but the two designs still adhere to the genre of the Lounge Chair, which was most certainly the intention.

This seems doubtful in the case of another item of furniture. The "EC03 Eugene", which Stefan Diez recently presented in Milan, appears to belong to the same product category: high back, strongly reclined backrest, an ottoman in front. And yet it is a million miles away from a comfy retreat. Perhaps a new chair has been born? In any case, there is definitely progress to be seen in the shifting of these boundaries. How far can you go, how far do you have to go to set new examples? Despite all the reduction, the dusty wing chair still has its place in the future. For the continuous redefinition of genres constantly opens up new possibilities in terms of use. This is the idea behind the increasing number of open-plan office spaces in past years, where space is required for quick meetings or moments of retreat. The Bouroullec brothers together with Vitra have had great success in this market segment. With their "Alcove" series, they have succeeded in bringing grandpa's feeling of security and comfort into the office environment. But in the case of the workstation "Alcove Highback Work", it is unclear whether it is primarily a sofa, a desk or a room-divider. These are questions that grandpa had no need to worry about. Order ruled back then. Now is the time for refinement, redefinition and change.

Find a comprehensive overview of armchairs here:
› Armchairs at Stylepark

Already published in our series on product-typologies:
› "Everything that is furniture" by Thomas Wagner
› "Do not lean back!" on stools by Nina Reetzke
› "On tranquility and comfort" on lounge chairs by Mathias Remmele
› "Foam meadow, stays fresh for longer" by Markus Frenzl
› "In Chair World" by Sandra Hofmeister
› "All the things chair can be" by Claus Richter
› "The shelf – furniture for public order" by Thomas Edelmann 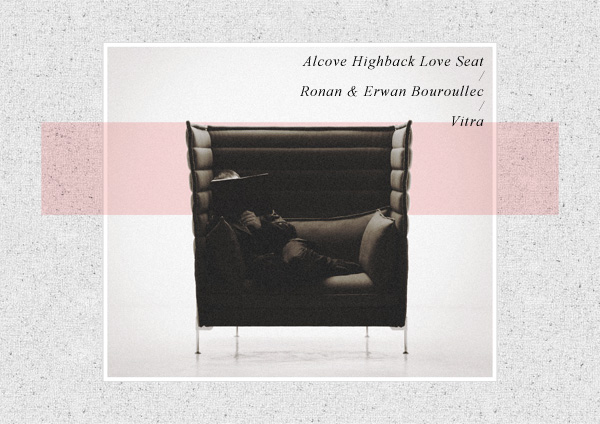 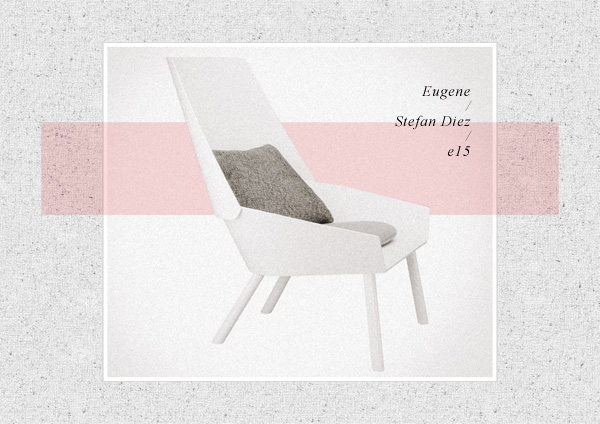 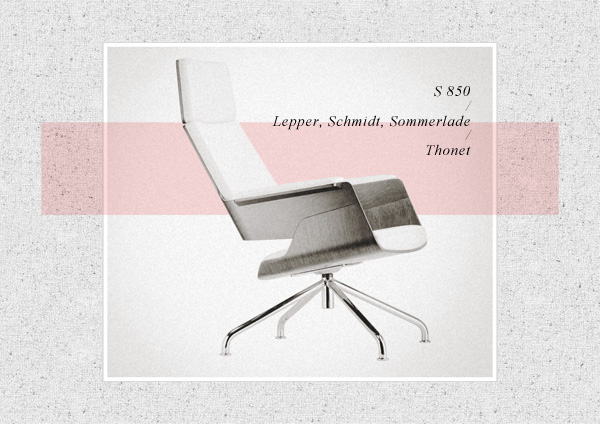 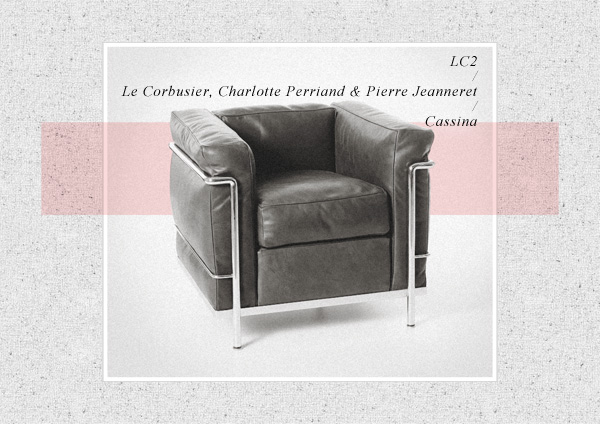 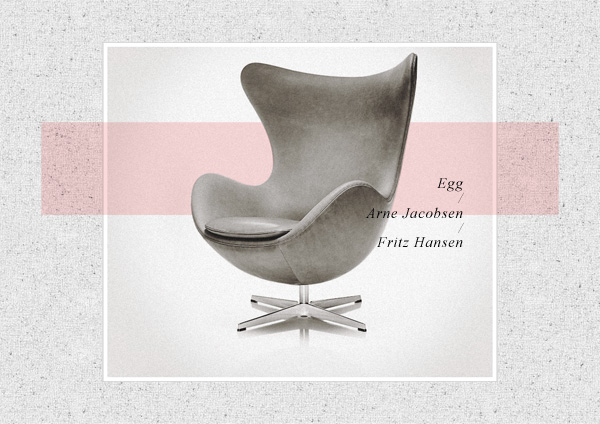 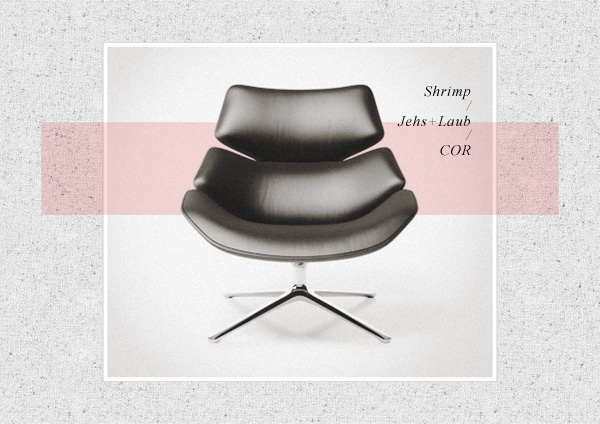 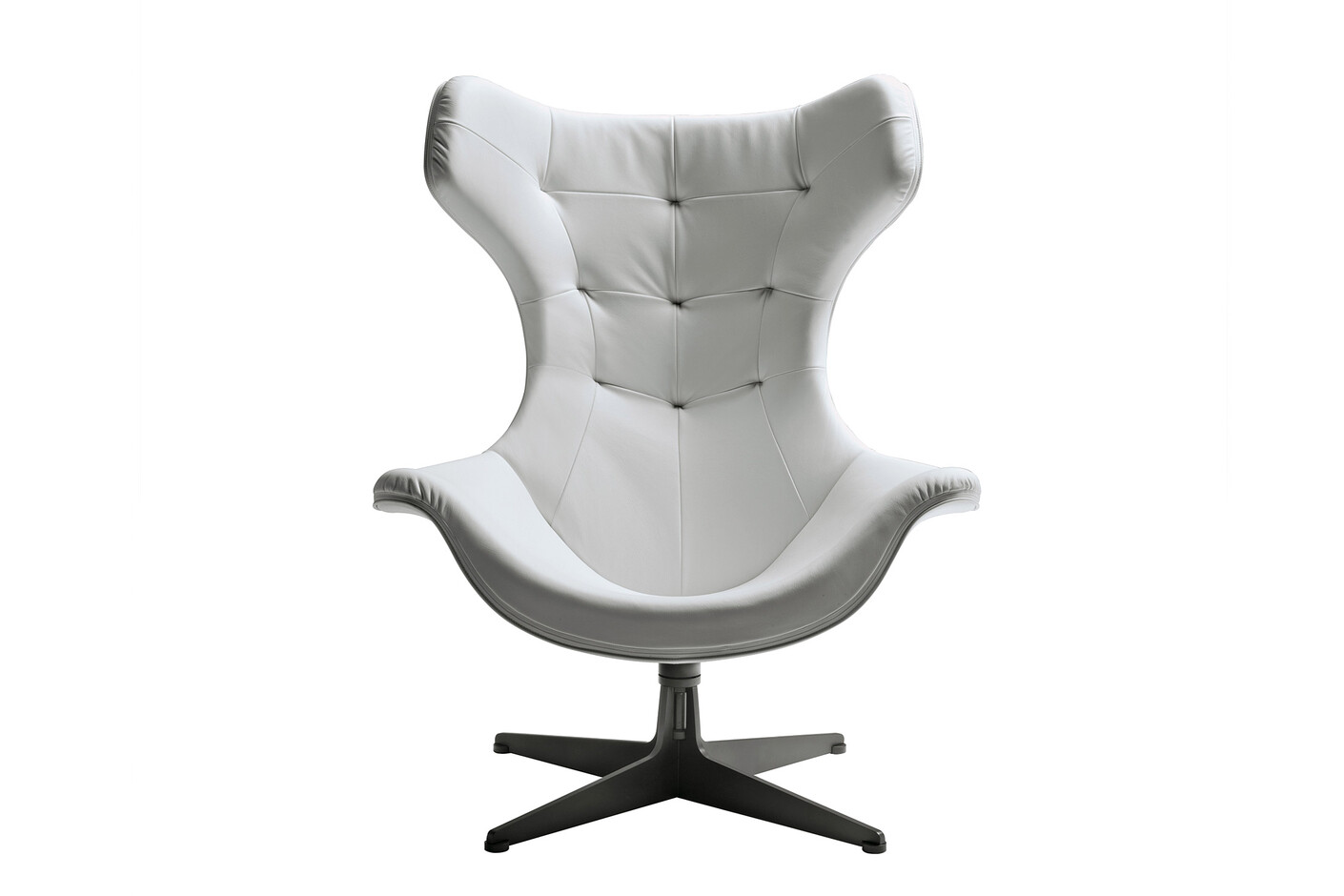 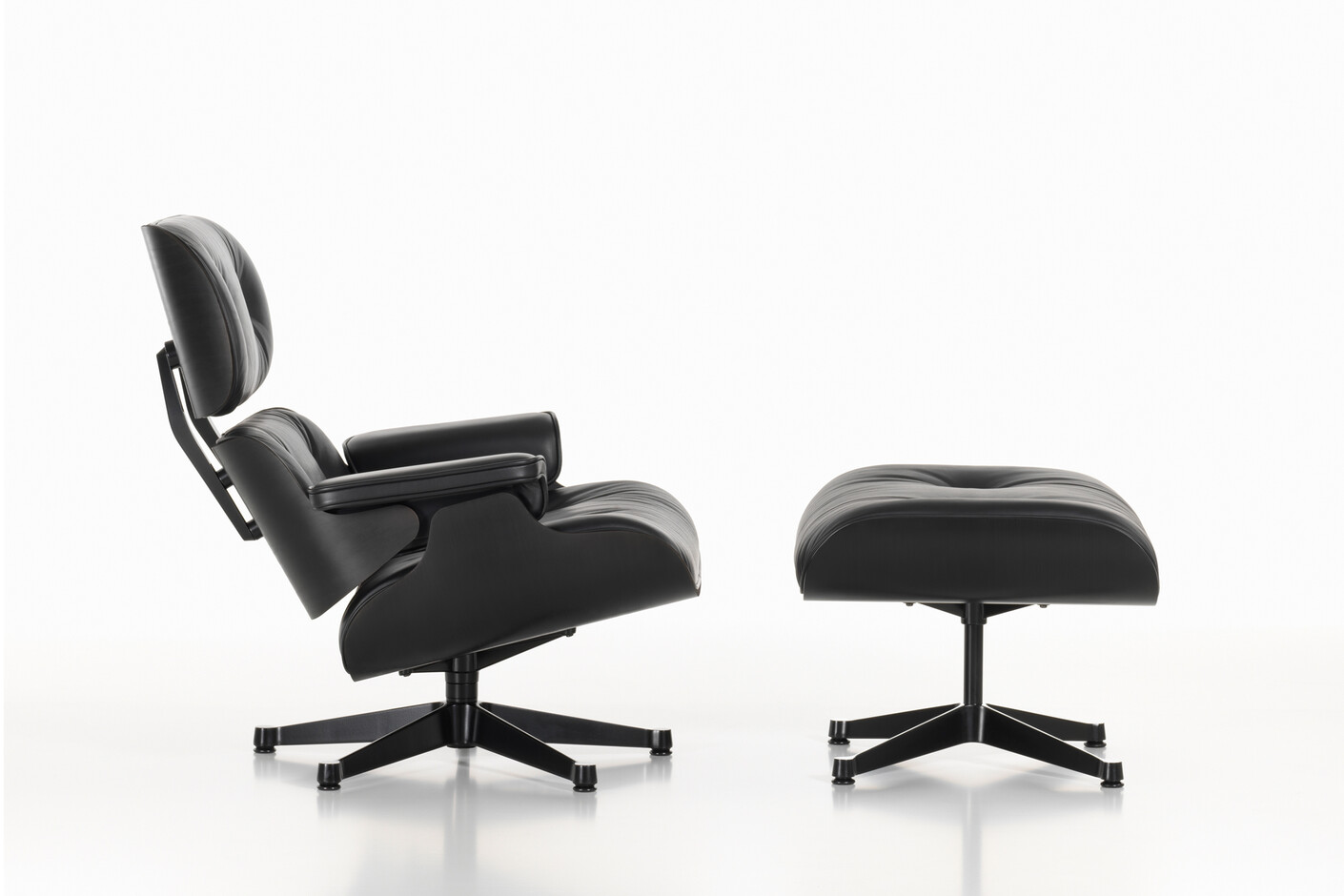 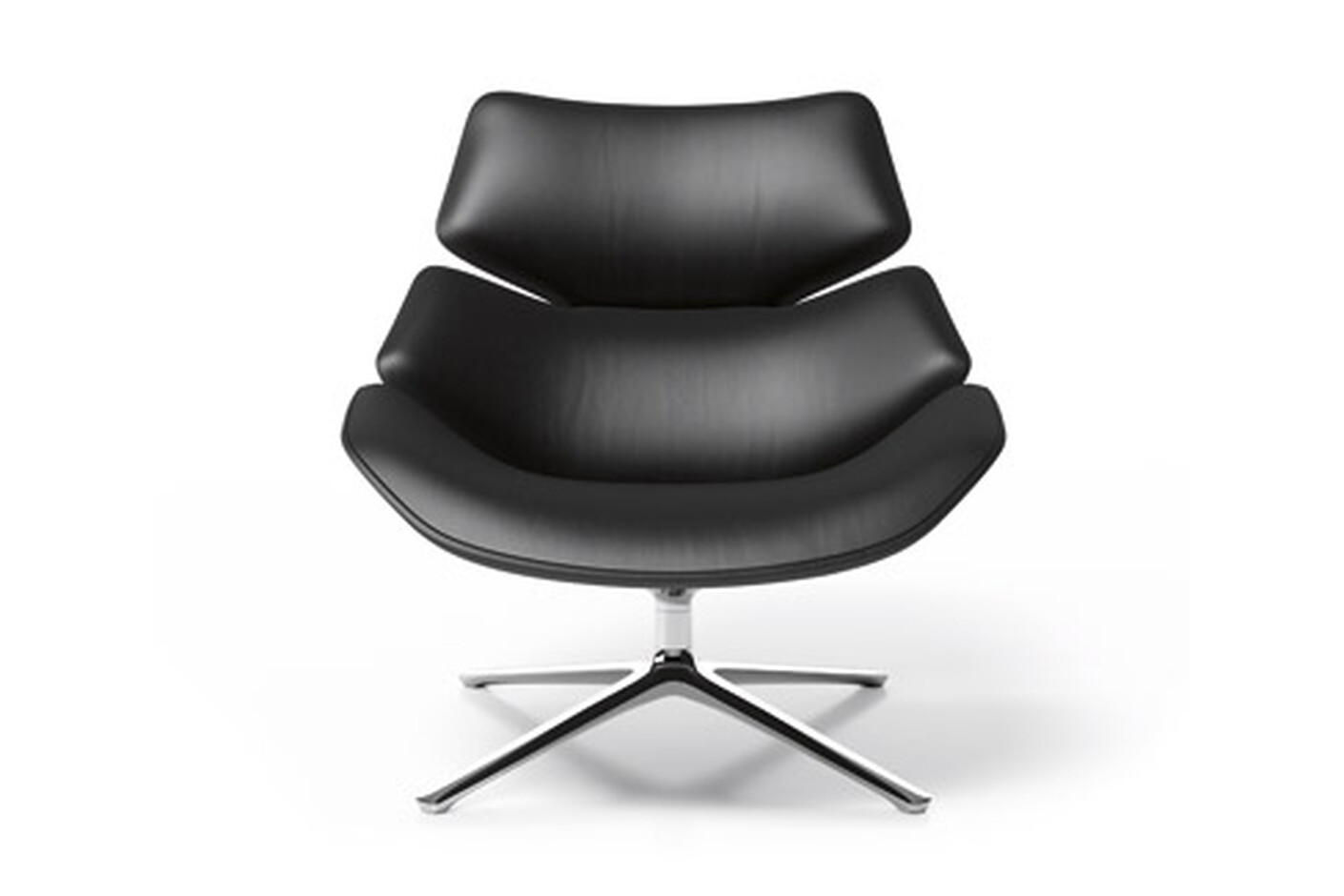