top
How the swan went out into the world
von Sandra Hofmeister | Oct 9, 2009

Arne Jacobsen was a perfectionist. The Danish architect designed his houses to be holistic artworks, which he personally created from the ground plan through to the wallpaper and from the doorknobs to the curtain materials. His first such artwork was the House of the Future (1929) - an ideal, circular house, which the then 27-year old Jacobsen built with former fellow student Flemming Lassen as a temporary exhibition building. Many of Jacobsen's furniture designs were originally conceived for special architectural projects, and many are still sold today as mass-produced items, including the Swan. The upholstered seat has long since ventured out into the big, wide world.

Originally developed for the Radisson SAS Royal Hotel in Copenhagen, Jacobsen placed the forceful, curved seat in prominent positions in the hotel, for example in the lobby and in the restaurant on the uppermost floor. The prototype of the swan still shows strong resemblances with the "7" series chair design dating from the 1950s: Jacobsen initially designed the seat shell to be made together with armrests and backrest from one single piece of plywood. The backrest tapers down from a broad curve into a narrow waist - similar to that of the Ant Chair or the Series 7. When in 1957 Fritz Hansen secured the license for what was then the new method of manufacturing polystyrene bases (Norwegian Henry W. Klein had developed the steam shaping method just a few years earlier) this created a wealth of new options for Jacobsen's design. The hard plywood shell was transformed into a soft sculptural seat that rests majestically on a central aluminum pedestal. The sculptural qualities of the Swan - its play of positive and negative shapes, which subordinates itself to functionality - make the seat a forceful symbol capable of setting the tone of entire rooms.

The Swan has long since found its way to countless locations around the world. Entire groups of seats have ventured as far as Australia and populate, for example, the Sydney Opera House. The Nordic Embassy in Berlin and the Gravity Bar of the Guinness brewery in Ireland rely on Swans as do the European Central Bank in Frankfurt and the NCSL National College in Nottingham, England. Over the decades, the Swan has conquered the continents and from the lobby of the SAS Royal Hotel has multiplied into a large family. A piece that is just as classy today as ever. 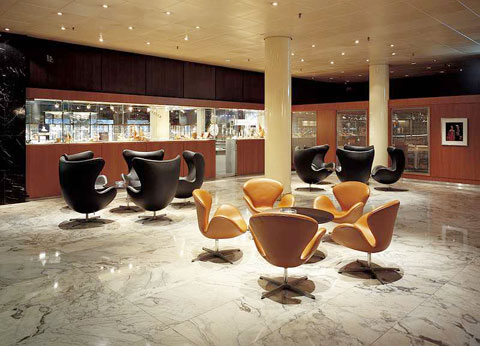 The Egg and Swan by Arne Jacobsen in 1958, in the lobby at the SAS Royal Hotel in Copenhagen. 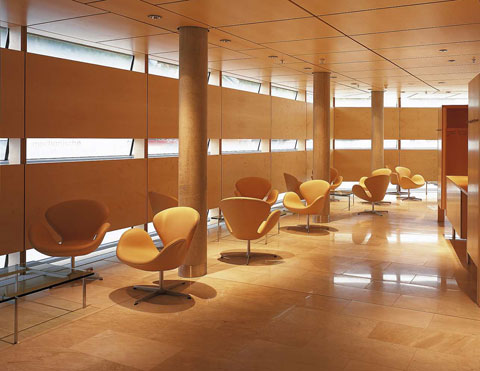 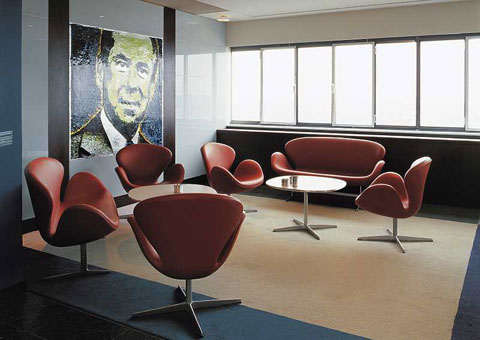 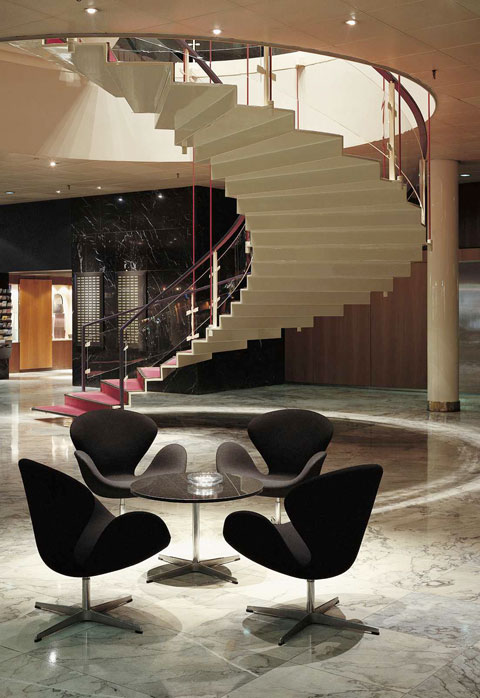 Swan by Arne Jacobsen, lounge in Royal Hotel in Copenhagen 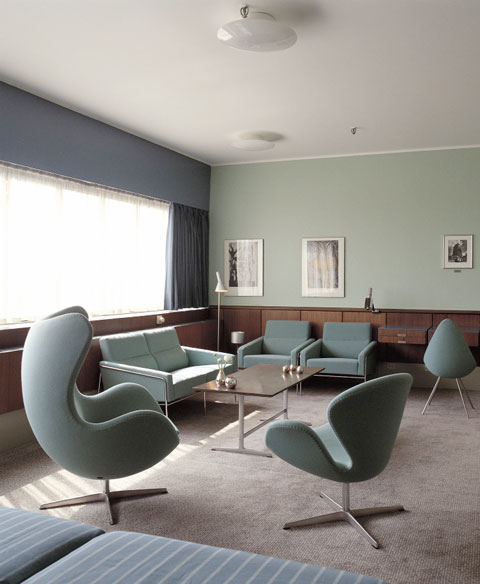 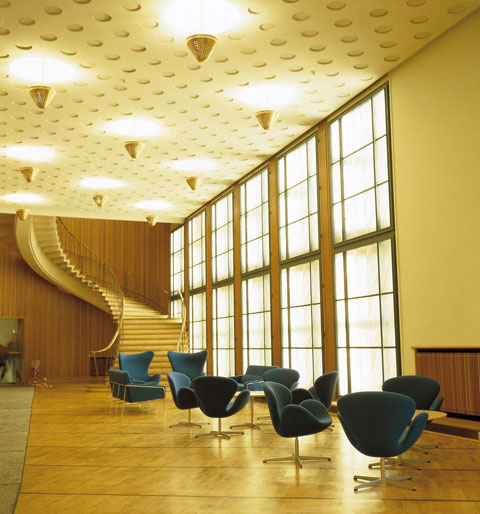 Swans and 3302 by Arne Jacobsen 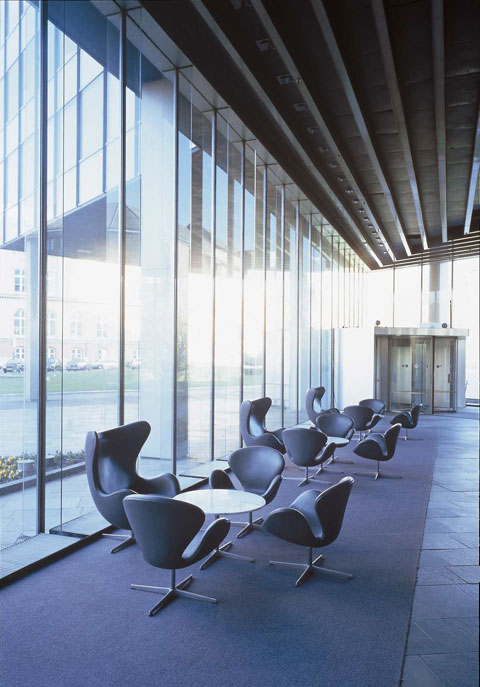 the lobby at Unilever in Germany
Advertisement