Vladimir Tatlin's legendary "Monument to the Third International", which he designed in 1919, kicks off the show. The most famous and also most spectacular architectural icon of the era, visualized by a (reconstructed) model, a drawing and a photograph of the original model (believed lost), seems to be an appropriate starting point for a show that, entitled "Building the Revolution", explores "Soviet Art and Architecture 1915-1935". For Tatlin's tower, which at a height of 400 meters would have surpassed the Eiffel Tower and, with movable interior spaces, would have been more like a gigantic machine than a building in the classic sense, is on the border as it were between art and architecture. It has rightly been interpreted as the perfect expression of the dynamism of the Revolution and a hymn to the (supposed) possibilities of construction. Yet first and foremost it can be seen as a bold artistic vision and less a real architectural design. Indeed, as such it was always far from being able to be built – and not only because of lacking financial means.

The artist Tatlin's architectural utopia is the first and unfortunately also the last highlight of a show that attempts to clearly present, with the help of three groups of exhibits, the alleged link between a particular artistic trend (Constructivism) and architectural reality in the post-revolutionary Soviet Union. The first group encompasses works of Russian avant-garde art from the 1910s and 1920s: drawings, paintings and objects from the Costakis Collection at the State Museum of Contemporary Art in Thessaloniki. The second features vintage photographs of exemplary buildings realized between 1922 and 1935 from the collection of the Schusev State Museum of Architecture in Moscow, and the third color photographs by British-American architecture photographer Richard Pare from the last 15 years that document the present condition of these buildings, which in almost every case is deplorable. Whereas the artistic works are present throughout the exhibition and thus form the backdrop for the architectural part so to speak, the building projects are ordered according to typological criteria.

The fact that Constructivist art, which at Martin-Gropius-Bau is represented by such well-known names as Alexander Rodchenko, El Lissitzky, Lyubov Popova and others, contains a clear architectural aspect is shown by the predominant use of a geometric formal vocabulary. It is also expressed in the titles of many of the works, such as "Painterly architecture", "Three-dimensional construction" or "Space-power construction". However, the question as to where exactly the connection is between the genuine artistic work on the one hand and buildings presented on the other remains – beyond obvious formal analogies – unanswered.

Pare's photographs form the central point of the exhibition – if only because of their in part large formats. They show buildings from the period, some of them well known in the field, others less so, that under construction were often considered symbols of progress and hope for a new, better life, but are obviously no longer valued in Russia today. The wealth and diversity of Pare's shots, taken on numerous journeys that took him to even the remotest corners of the huge country, are impressive. They sometimes surprise us with unusual perspectives or impress us with dense atmospheres and an eye for detail. Yet despite their documentary aspirations, overall they often seem strangely arbitrary in terms of the selection of subjects and perspectives – as though Pare were hoping to increase their artistic value by looking for subjectivity. Rarely though does he succeed in this regard. What is more problematic is that looking at the photographs it is practically impossible to get a more or less complete picture of the projects presented – not even with the help of the vintage prints also on show. This essentially has to do with the exhibition's limitation to the medium of photography, which for the presentation of architecture may render an eminently important contribution, but is never enough. The quality and originality of an architectural solution do not come to the fore in a print alone. Without layouts and cross-sections, which for reasons unknown are fundamentally absent from the show, we cannot imagine a building's structure. And without this knowledge we cannot really understand and appreciate the design of a façade. It's as simple as that.

Building the Revolution
From April 5 to July 9, 2012
Martin-Gropius-Bau, Berlin
www.berlinerfestspiele.de 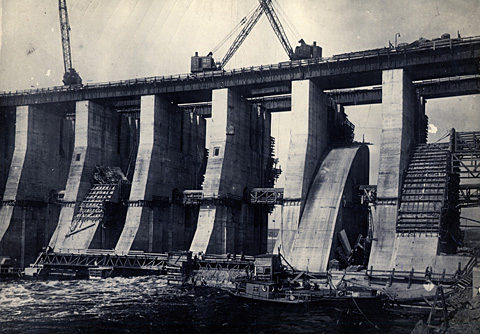 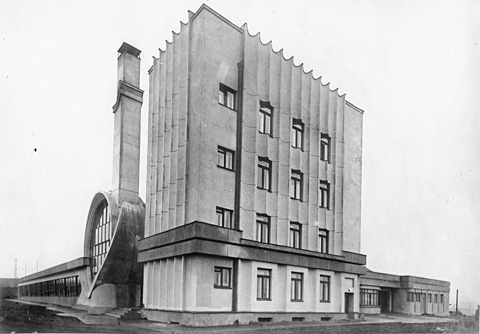 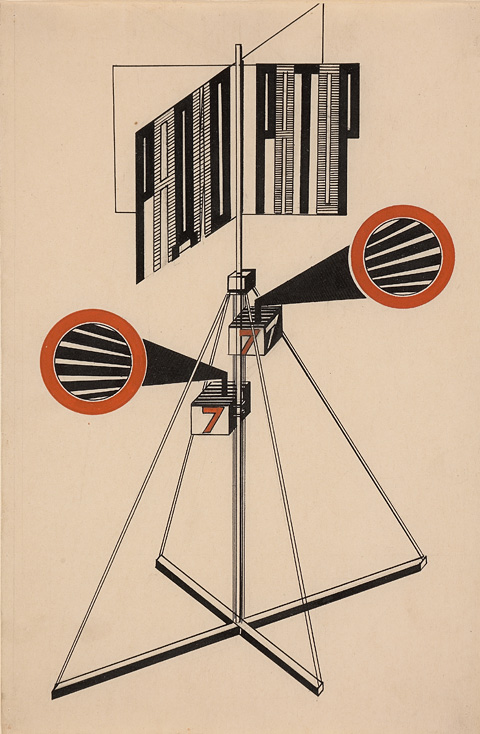 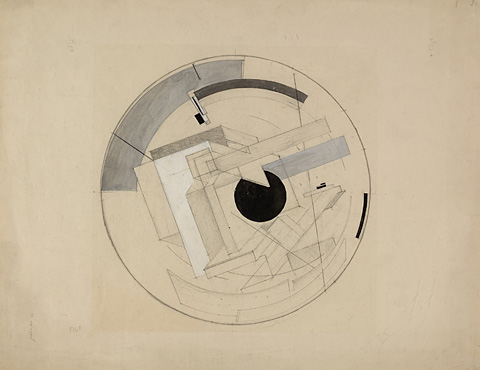 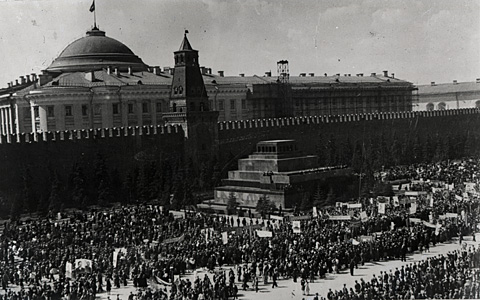 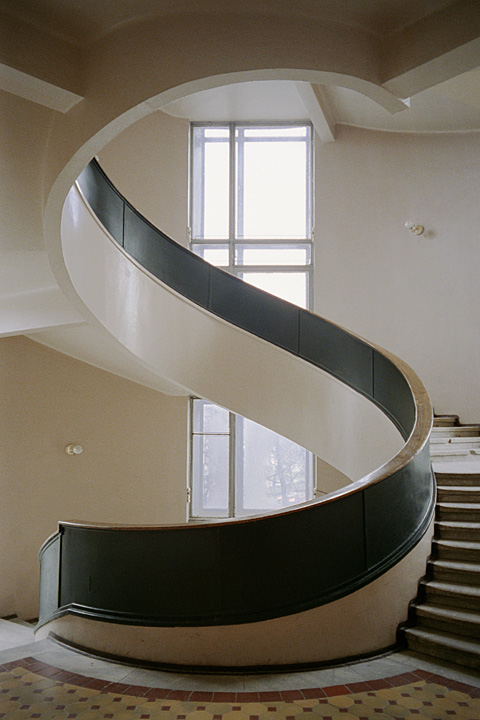 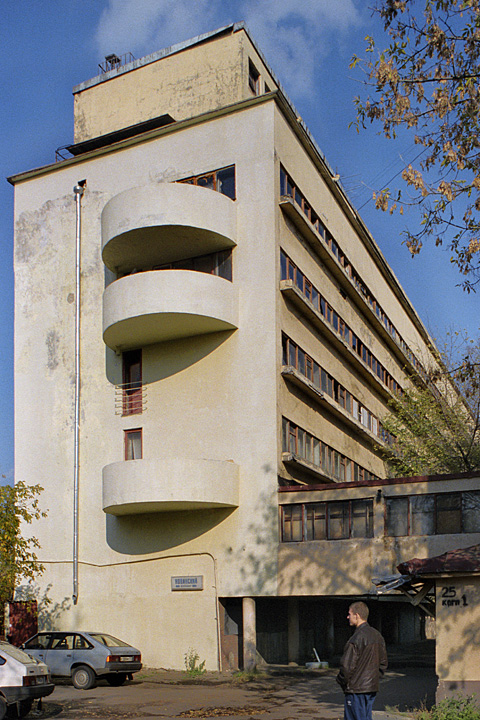 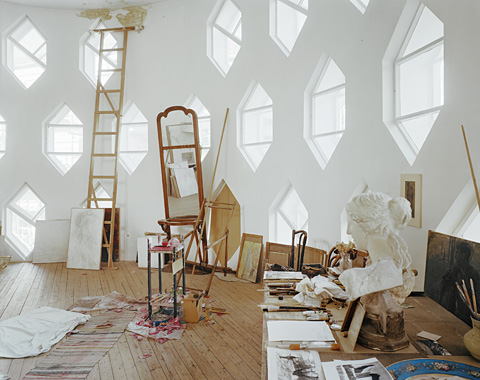 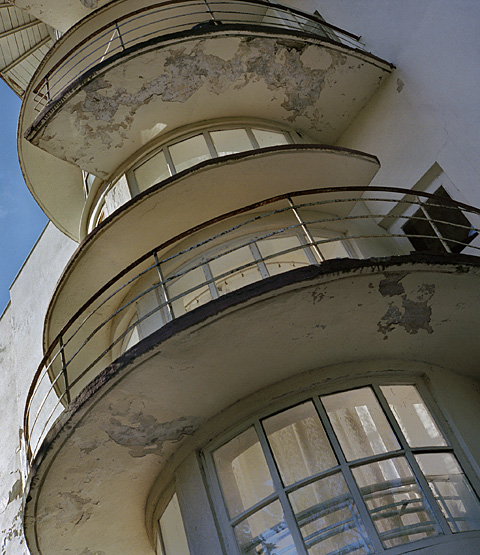 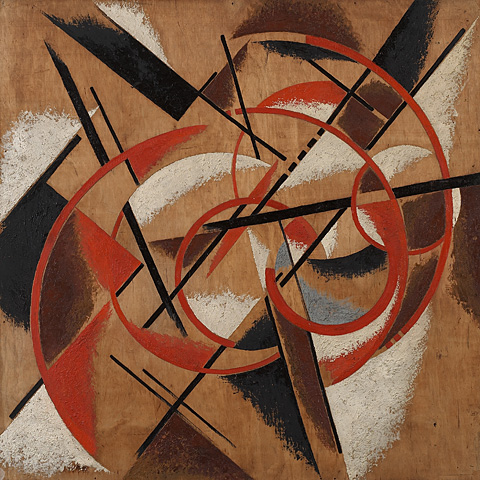 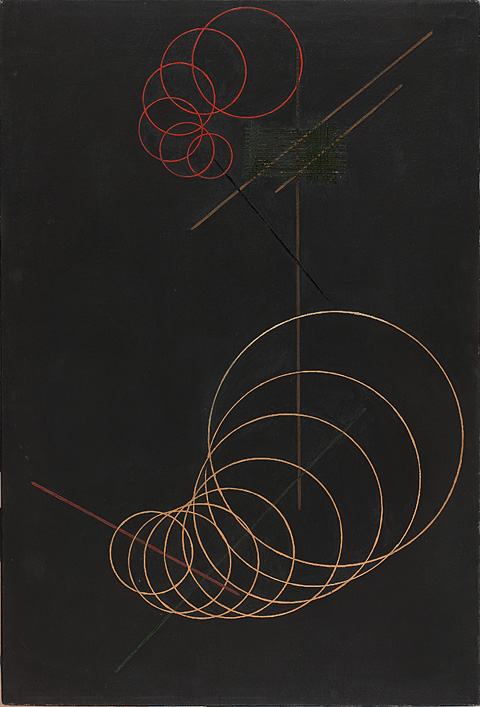 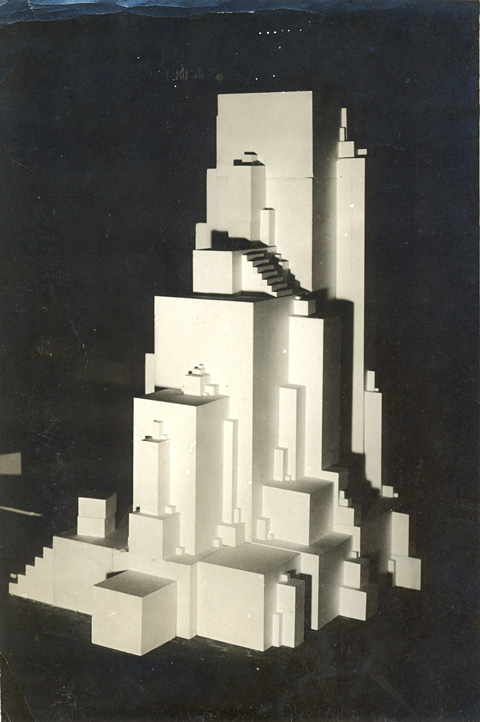 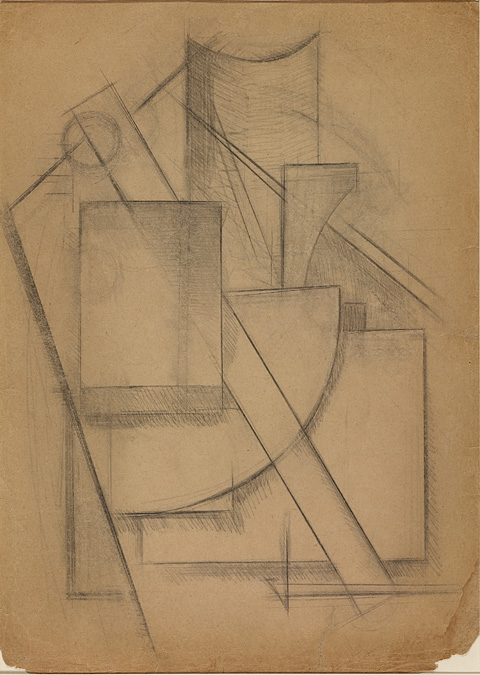 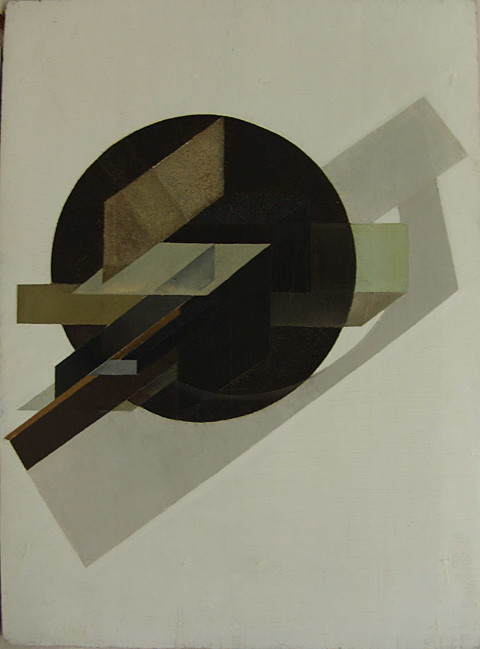 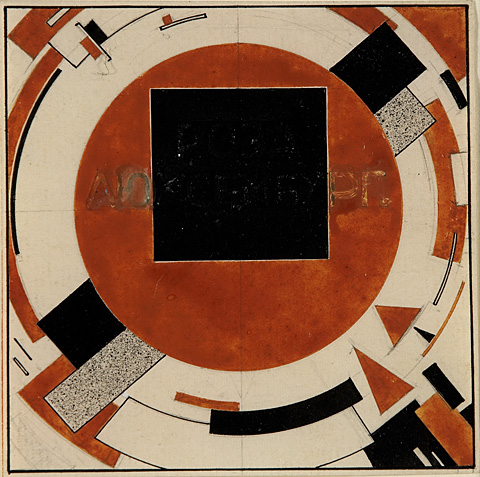 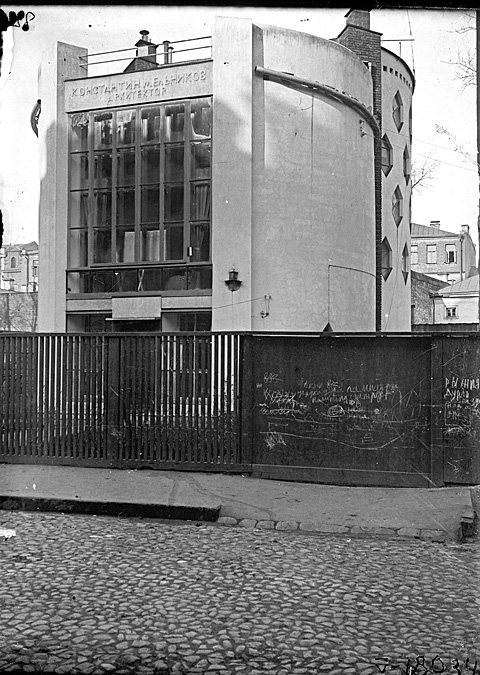 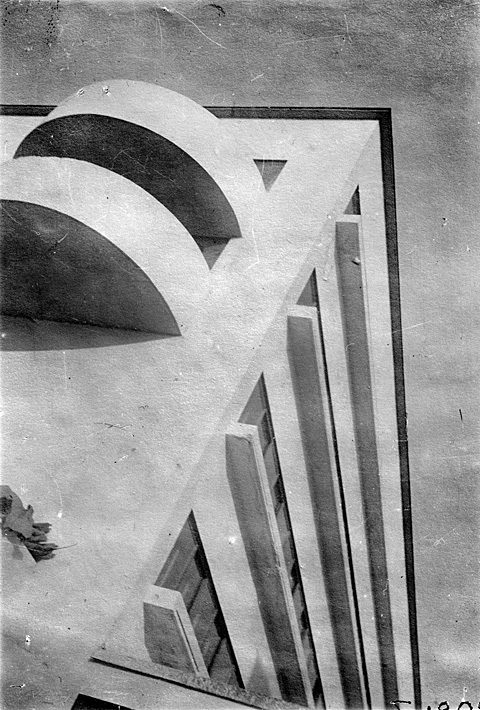 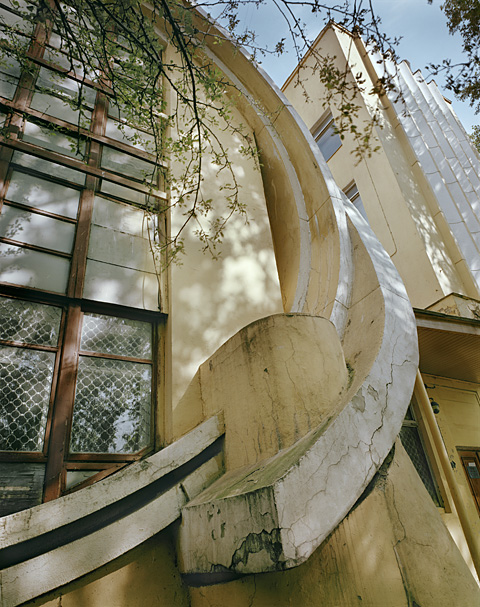 Richard Pare: Gosplan Garage, detail of the modelling of the roundel, photography, 1993, architecture by Konstantin Melnikow and W. I. Kurotschkin, 1936, © Richard Pare and Kicken Berlin 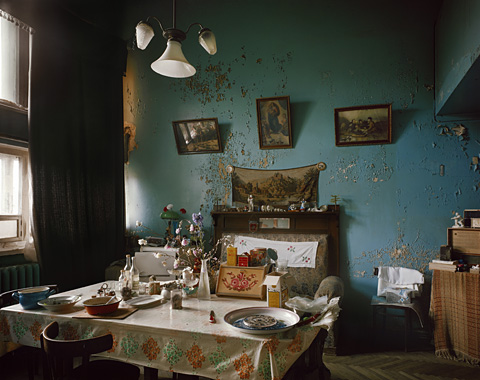 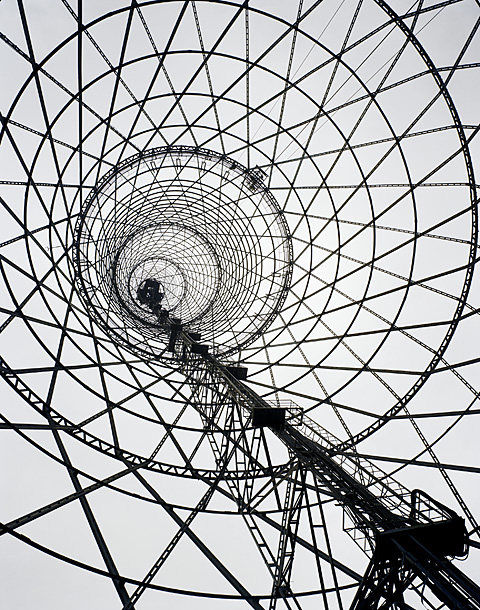 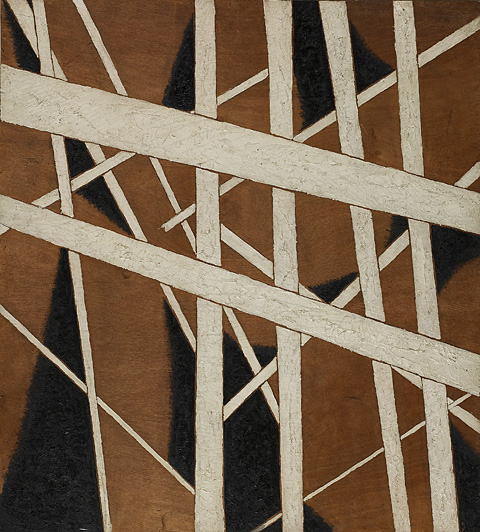 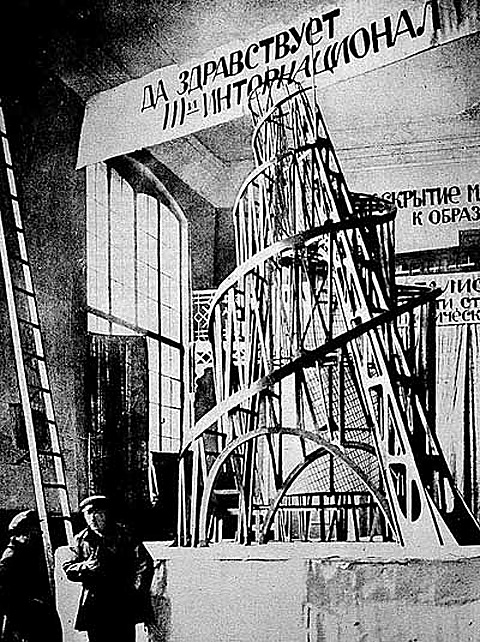 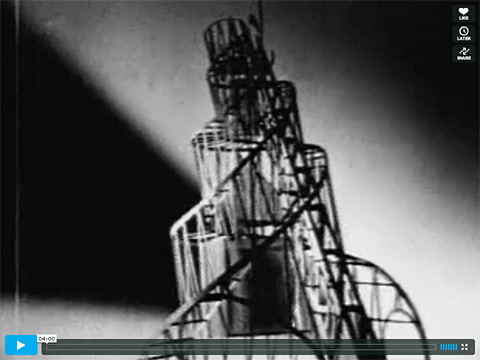