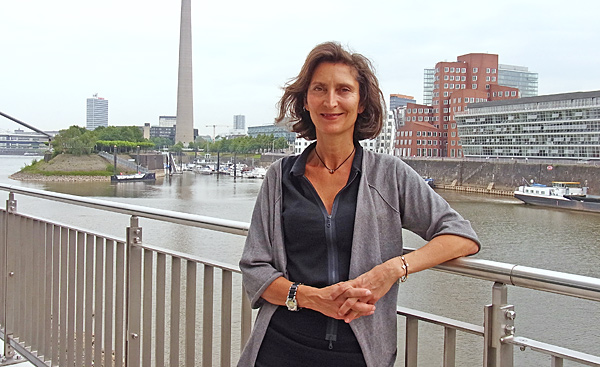 The name Yasmine Mahmoudieh often crops up in connection with large hotels. This interior designer of German-Iranian descent who is currently living in London has modernized the "Radisson SAS Royal" in Copenhagen, originally designed by Arne Jacobsen. "Haus Rheinsberg", by contrast, has been fitted out to accommodate wheelchair users, with the annual wheelchair-rugby cup, for example, taking place here. The "Flyotel", scheduled to be built in Dubai but not yet realized, resembles a giant 3-D model inspired by a bird on the point of taking flight.

Yasmine Mahmoudieh often gives lectures at conferences, as she did recently at a hotel real estate congress in Düsseldorf. Between photographs of her own projects she showed a picture of "Physalia", a futuristic study by Vincent Callebaut. It is a whale-like vehicle that chugs through the water at a leisurely pace. With its bionic shapes and surfaces overgrown with plants, it serves not only as a means of transport, a hotel and conference center, but also, at the same time, cleans the waterways. Mahmoudieh's comments were that, in her own work, it is important to her to include nature and a human touch, to think in an interdisciplinary and holistic fashion. Nina Reetzke spoke to Yasmine Mahmoudieh about the hotel industry's new self-image, sustainability including nuclear power, and short-lived design collections.

Nina Reetzke: What are you working on at the moment, Ms. Mahmoudieh?

Yasmine Mahmoudieh: We are currently working on an art&spa concept. The project will be opening in Rimini at the end of the year. As many people know, Rimini is the hometown of Federico Fellini. This sanctuary is intended not only as a place of relaxation but also as a venue for notable exhibitions, put together by an internationally renowned curator. Ideally, we would succeed in making Rimini as lively a place as it was in the 1950s and 1960s. I am responsible for the designs for the suite where digital pictures will be shown, not directly Fellini's work but an abstract form of them, otherwise things would be too kitschy. Fellini played with light a great deal, and let's not forget his love of curvaceous women. Dornbracht is one of our major partners, the faucets are the result of an intense preoccupation with the culture of water – in all its complexity. Our project will be the first spa sanctuary in Italy to be fitted out with the new Dornbracht faucets.

How important to you is design in hotels?

Mahmoudieh: If this interview had been taking place 10 or 15 years ago, at that time many people in the hotel industry believed that design was no more than a passing fad. That is no longer the case. Today, design does have a part to play, as all businesses have recognized, which is a good thing. However, one negative aspect is the fact that many large hotel groups use design as a means to an end without it being honest or thought through. People read a great number of magazines and periodicals, and use as them as sources of inspiration, but there is often no real concept behind what they come up with. They do not have time for such things or they are not prepared to take the time. What I want to do is promote social networks – with architecture and design, but also through content.

How has your profession changed in recent years?

Mahmoudieh: When I started out in the 1980s, everything was still very traditional in the hotel industry. At that time, shopping malls were really very modern, office buildings and houses as well, but hotels weren't. Especially not in the luxury segment. Luxury meant tradition. People could not imagine luxury without tradition. Today they can. Values have changed. Nobody needs swanky gold anymore. You can, for example, just let the room cast a spell of its own. A very emotional project for me was "Haus Rheinsberg", a four-star hotel for the physically disabled.

In what particular areas of the hotel industry is growth now possible?

Mahmoudieh: We are currently living in very uncertain times with major economic crises and natural disasters. In the 1980s it was all about fitness, from the 1990s onwards spas were all the rage, and still are today. In my opinion, the next big thing will be ... There are major yoga and Buddhism movements but I find them too extreme from a Western viewpoint. But I do think that everybody could use a meditative, inner wisdom.

What sustainability strategies do you consider meaningful?

Mahmoudieh: We have to start thinking about what is going to happen to the things that we use when we have finished with them. I am not just talking about towels or bed linen that do not need to be washed because they are not dirty yet. Nowadays, these are standard and all hotels do this. We should be using more ecological materials, the kind that are usually so expensive because they are only manufactured in small quantities – more state subsidies would be meaningful in this area. I am very much against nuclear power but not totally against it. We could collectively say that nuclear power stations should be built on very safe ground and then supply the world, including Japan.

Do you fight hard for your ideas?

Mahmoudieh: I always fight for my ideas. I have an objective in mind, I can see the results. And I think about them – so that everything really will work in the end.

What does the word "hospitality" mean to you?

Mahmoudieh: It means giving a guest the feeling that he is welcome. I have just been in a gorgeous hotel in Beijing, Kengo Kuma's "Opposite House", I admire him very much as an architect. There are points where you notice that he does not yet have much experience with hotels but overall I think that it has been fantastically orchestrated; you feel comfortable, it is inspiring.

What are your thoughts on the furniture industry?

Mahmoudieh: There should be fewer fairs. Perhaps the fairs in Cologne and Milan could take turns every other year. The pressure of having to come up with something new all the time makes for bad design. I like companies where development is slow, companies that do not attempt to create some new at all costs.

How will you be handling your hotel projects in the future?

Mahmoudieh: I am currently establishing a private equity fund for forward-looking real estate concepts. I often get the feeling that in fact I know better than many of my clients what will be successful and which way things are going.

What do you think should be crucial to hotel construction in the coming years?

Mahmoudieh: Within the hotel industry I would say that it is very important to allow for a dialog between investors, architects and operators. Even at the major conferences these areas are usually presented separately, but the subjects need to be interlinked to a greater extent. Then it would also be possible to talk to each other openly about the problem areas. What is it that the investors want? What is it that the architects want? What is it that the operators want? The developers need to learn how to decide by concepts. It is important to spend money on quality and to think in generous terms. 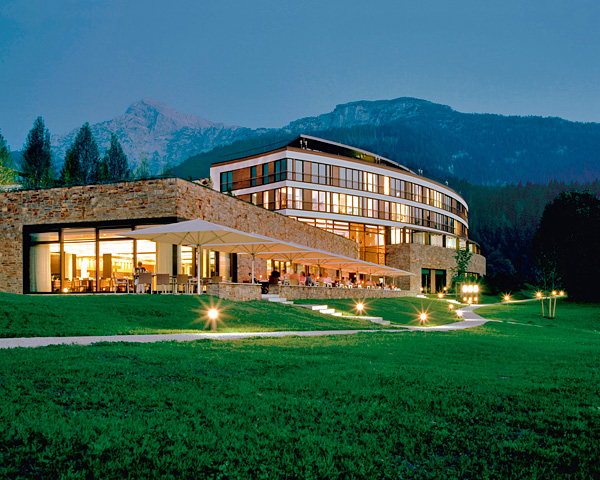 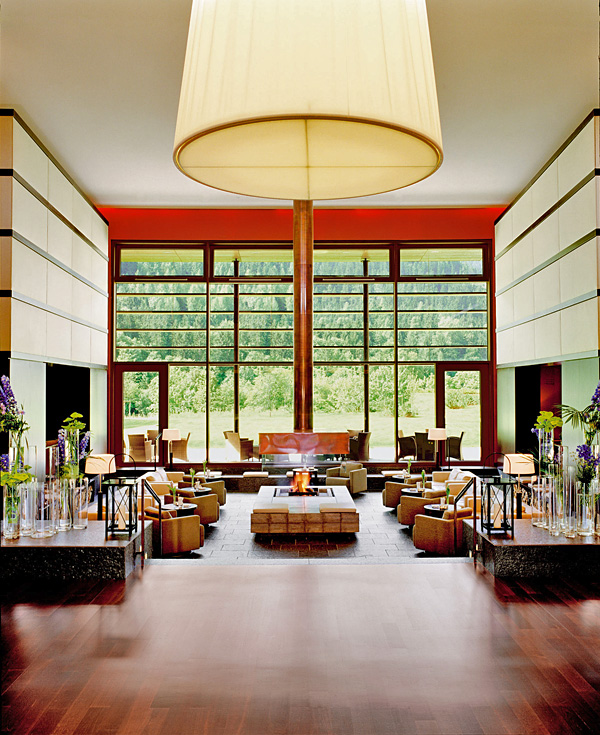 Lobby in Berchtesgaden Resort with view to the landscape, Copyright: Intercontinental 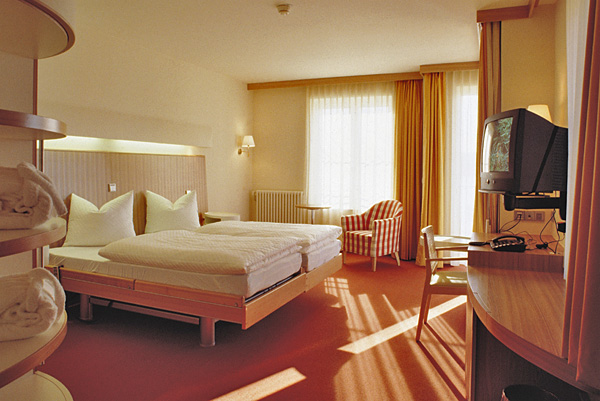 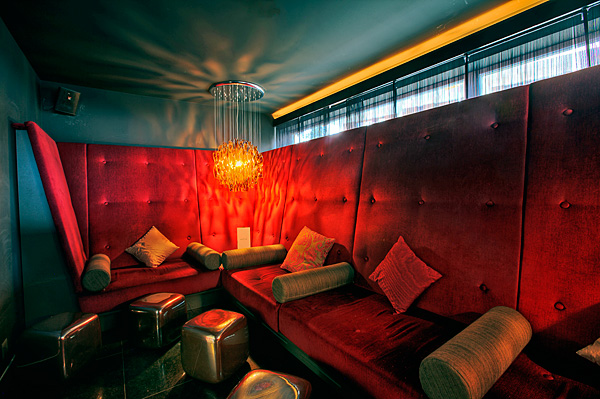 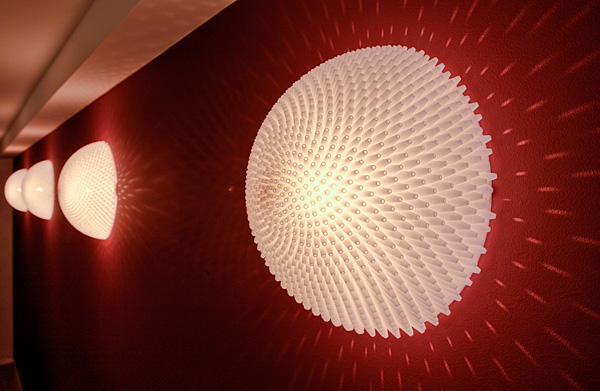 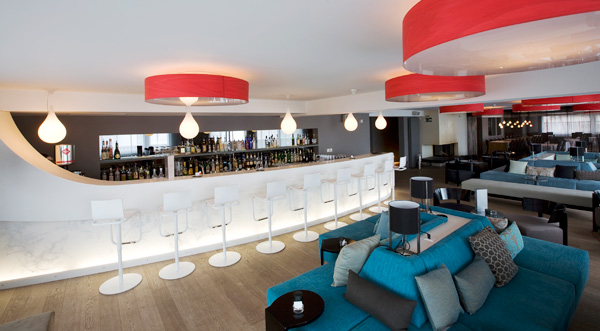 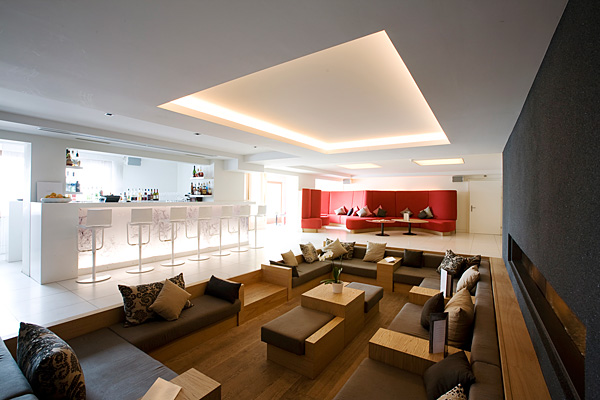 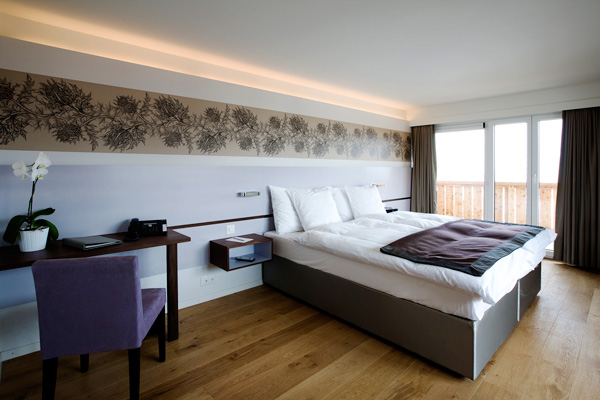 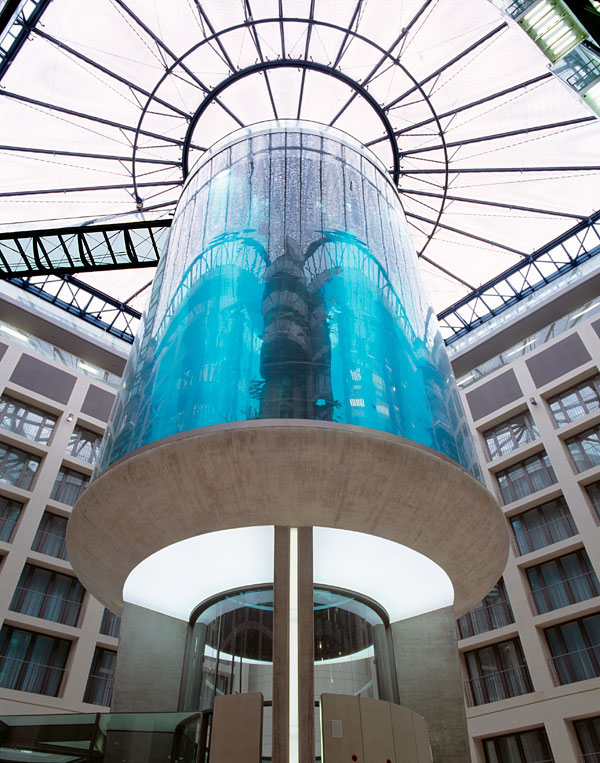 Aquadome in the Radisson Blu Hotel in Berlin, Copyright: Radisson 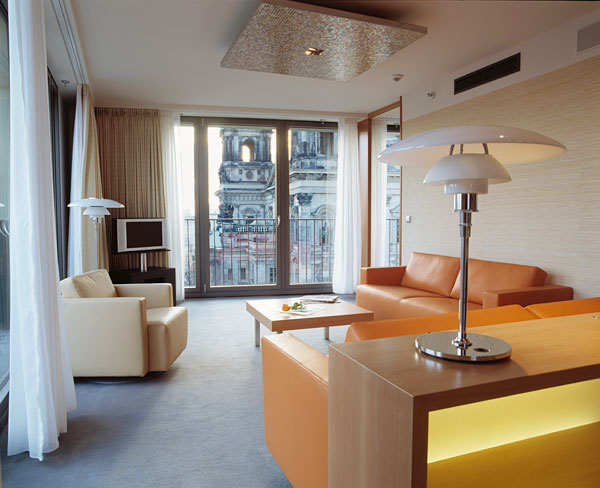 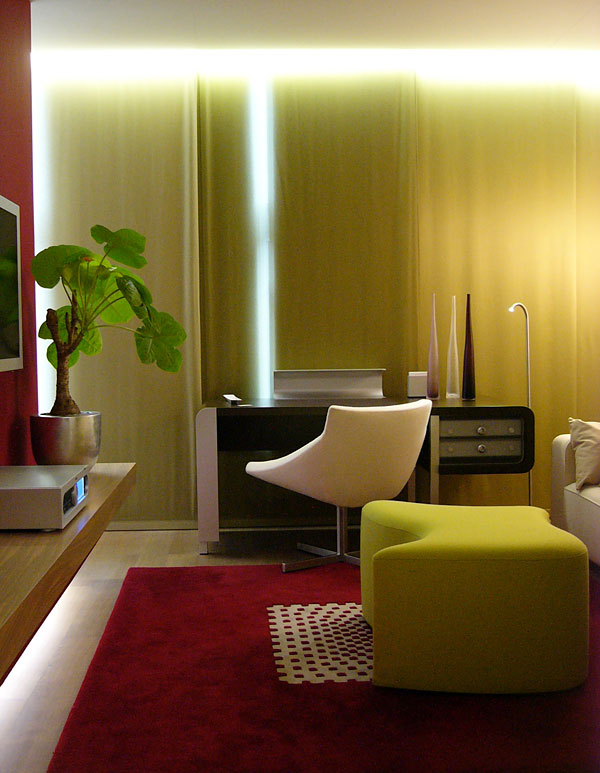 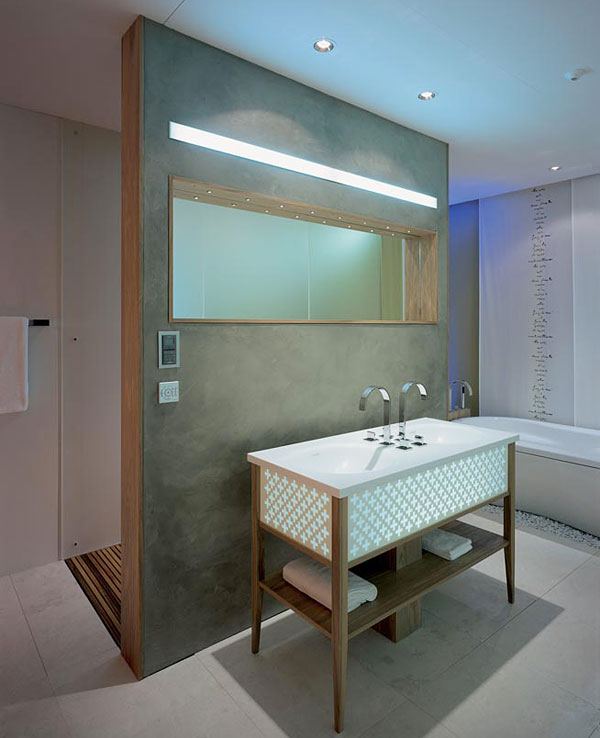 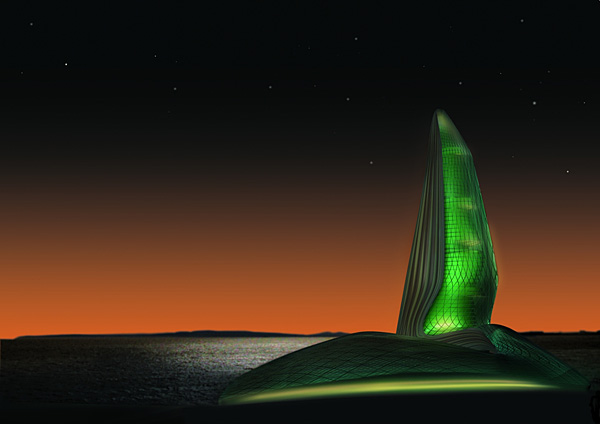 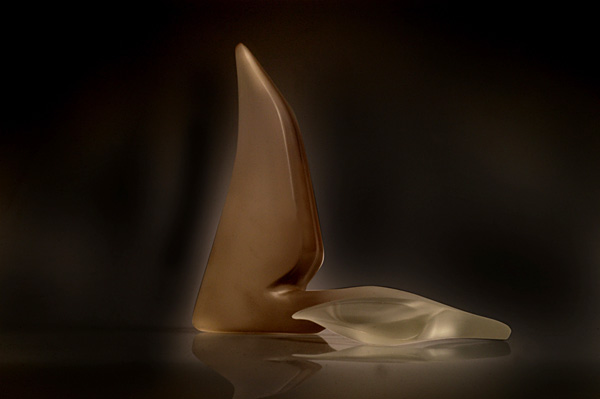 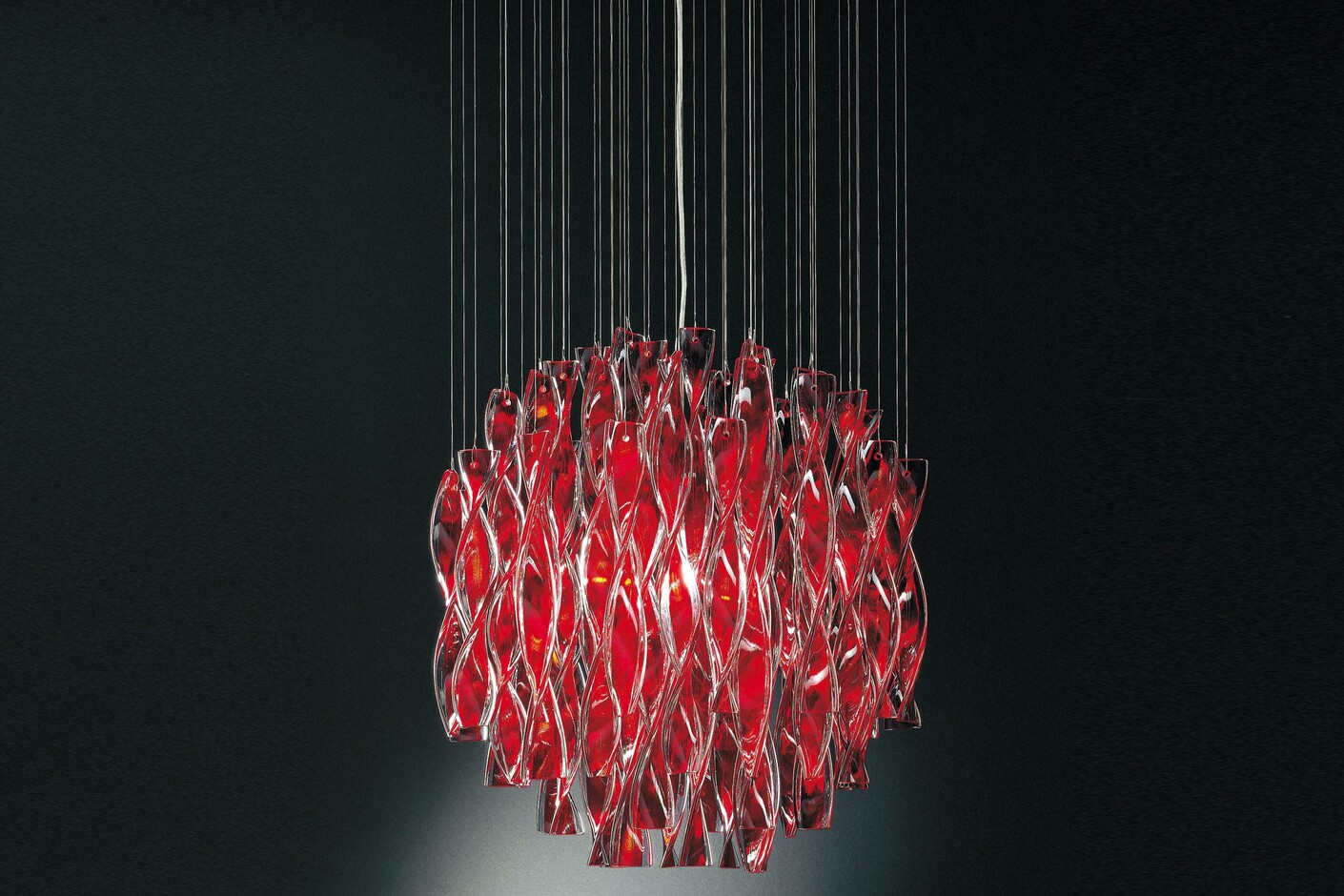 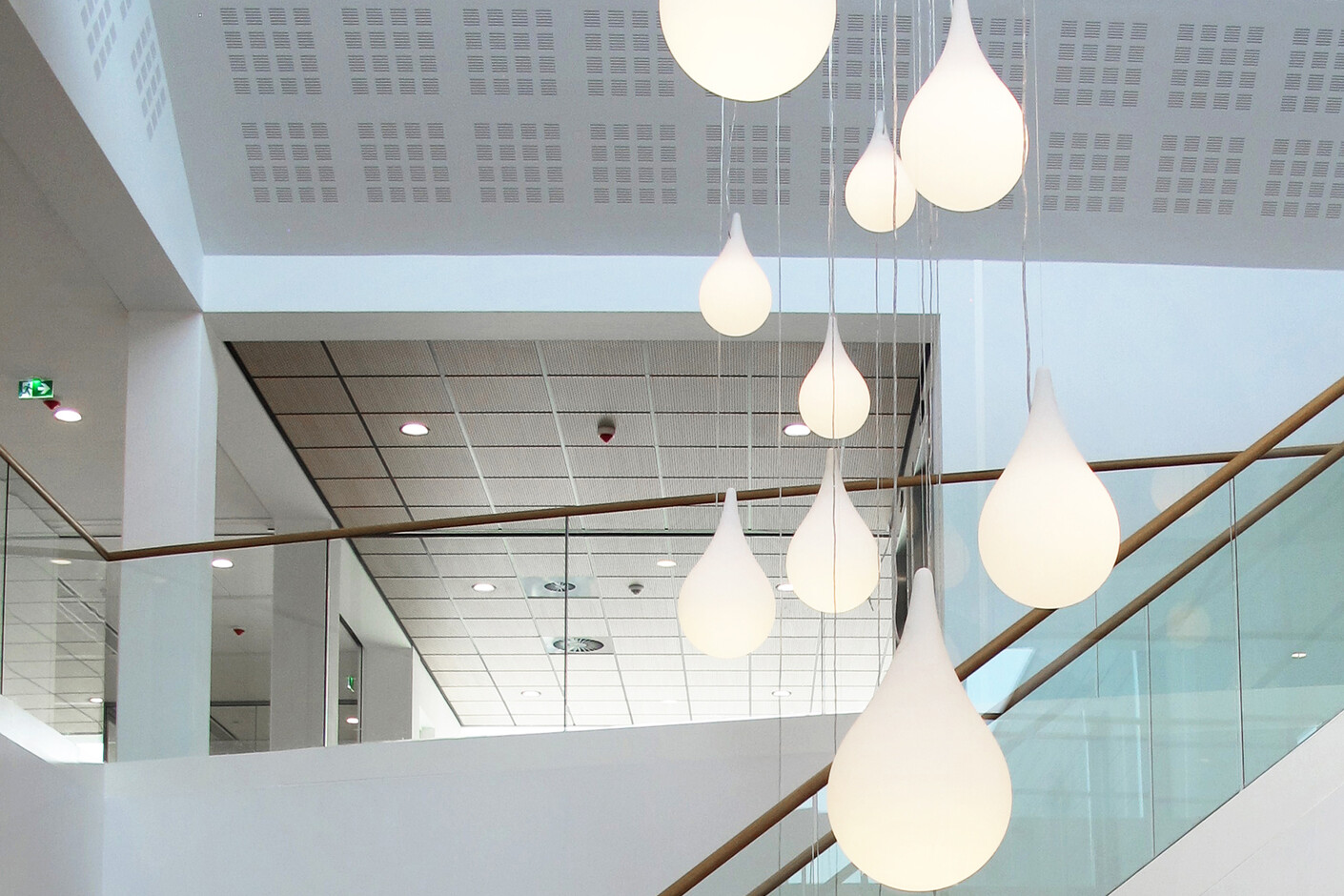