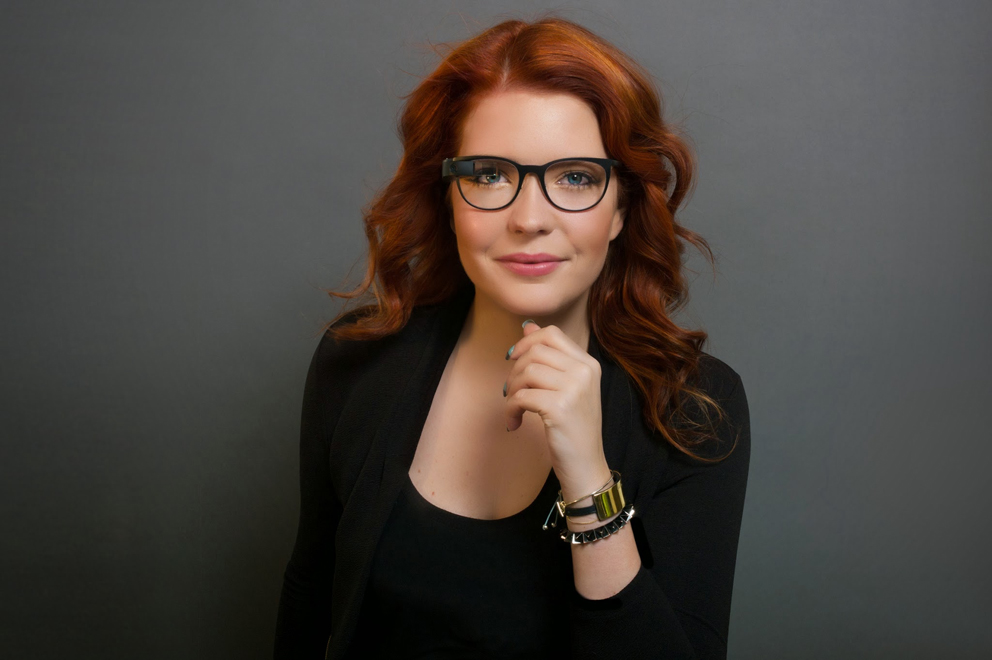 “With the introduction of ‘Smart Eyewear’, the glasses industry is entering a new phase”, says Isabelle Olsson, Head of the “Google Glass” Design Department, wearing the model “Curve”. All photos © Google Glass

Following the launch in 2012, many were quick to dismiss the first edition of “Google Glass” as a technological fad. The device in question is a pair of eyeglasses equipped with an integrated minicomputer and a small, transparent screen in front of the right eye, which is controlled by your voice or tapping your finger on the frame. Allowing you to be permanently online and read your emails, plus you can snap photographs and even shoot videos. Following the premier model, which had quite a purist look-and-feel, the product, which Google is expecting to make a real splash, has now entered the design phase. What was previously a gadget mainly for nerds pretending to be Geordi LaForge, chief engineer in the second season of “Star Trek”, the data glasses’ technology has now been paired with fancy frames, which can also be worn like ordinary eyeglasses without the “Google Glass” device.

The first model, “Explorer”, without optical lenses, has been rounded out with seven new styles, which easily pass for designer frames by IC Berlin or Ray Ban. Four models (named “Bold”, “Curve”, “Thin” and “Split”) can be fitted with dioptric lenses. Add to these three pairs of shades: “Classic”, “Edge”, and “Active”. And that’s not all. “Google Glass” is now available in five new colors: Charcoal, Shale, Cotton, Tangerine and Sky. So together with the “Explorer”, Google’s “Glass” range now offers as many as 40 different style combinations.

With the new colors and designs Google has embarked on a new level, explains Isabelle Olsson, Head of the “Google Glass” Design Department, in an interview with dezeen magazine. “They give users the option of tailoring the glasses to their individual needs,” she says, and adds: “With the introduction of ‘Smart Eyewear’, the glasses industry is entering a new phase.”

Olsson, who studied Industrial Design in Sweden and joined Google X in 2011, heads a team of ten designers who, like herself, do not have a technology background. Olsson already designed the “Explorer” and following her maxim, “Google Glass” has to be light, simple and communicate the “one-fits-all” approach. The “Explorer” community (10,000 test wearers in the United States) were swiftly convinced of the benefits of the first model, however, many expressed the wish to be able to wear the spectacles without the device, too. Moreover, Google wanted the many wearers of prescription glasses to be able to use “Glass” as well. The result is the new “Titanium Collection”, with styles priced 225 US dollars each. The “Google Glass” device adds another 1,500 US dollars to the bill.

It is plain to see that Google is going to great lengths to create a new, global phenomenon like Apple’s “iPhone” – the similarities in the packaging speak for themselves. However, whether smarter frames alone can prompt people to stick a mini computer in front of one eye remains to be seen. After all, despite the new fancy look the key questions remain the same: Do we want this? Do we need this? Are we prepared to be networked and monitored by Google at all times? That the makers at Google are themselves convinced of the meaningfulness of their new device goes without saying. However, other aspects too come into play, as is evidenced by the development of “Smart Lenses”, a contact lens that is able to measure blood glucose levels in patients with diabetes and begins to flash if levels reach a critical state. It is quite fitting, therefore, that for an Internet promotion video for its data glasses the company has cast a lady in a wheelchair who claims that “Google Glass” has made her life easier and more comfortable. One thing is certain: The new “Google Glass” frames are set to launch in the US at the end of this year. There are no plans for launches in other countries at present, says the company. However, if we are to believe chief designer Isabelle Olsson, people wearing “Google Glass” will be a common sight within the next ten years.

Look how "Google Glass" is getting started:
www.youtube.com

The new Titanium collection consists of the models “Curve”... 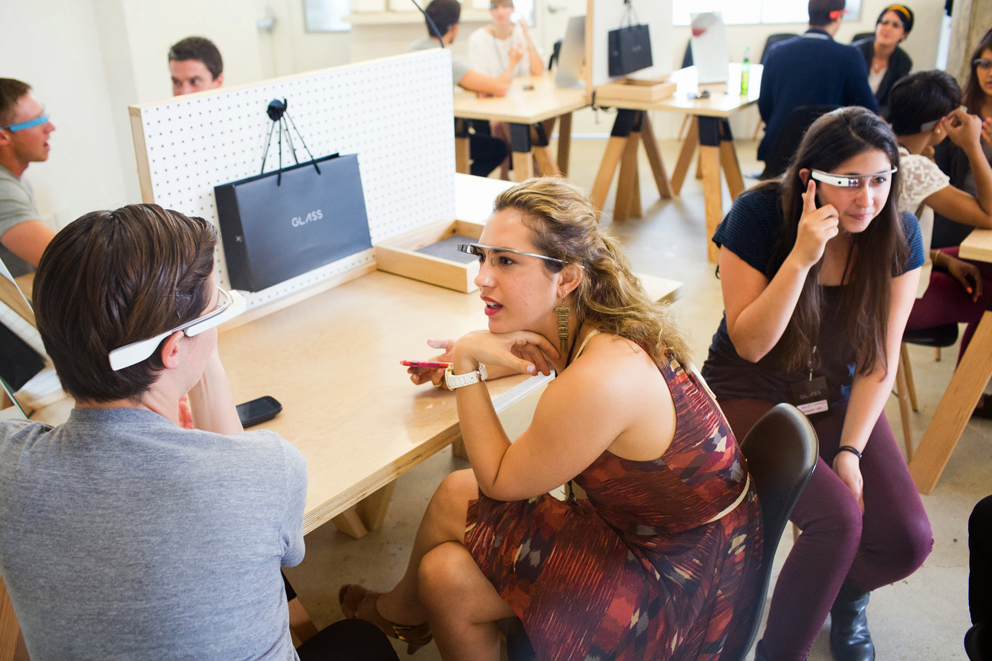 ”Google Glass” Explorers at the L.A. Basecamp designed by Google. 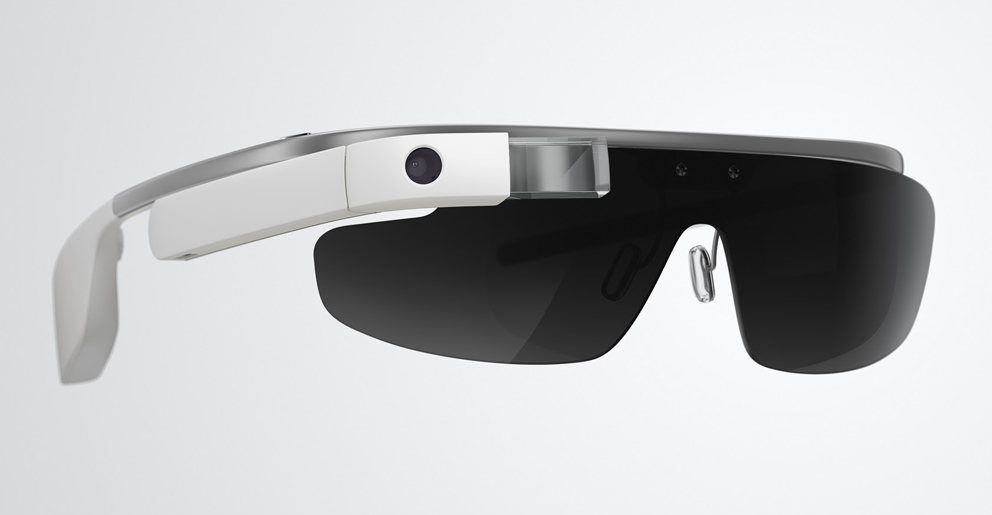 Also if you do sport you can wear ”Google Glass”: by adding the „Active“-Shade to the “Explorer”-Frame. 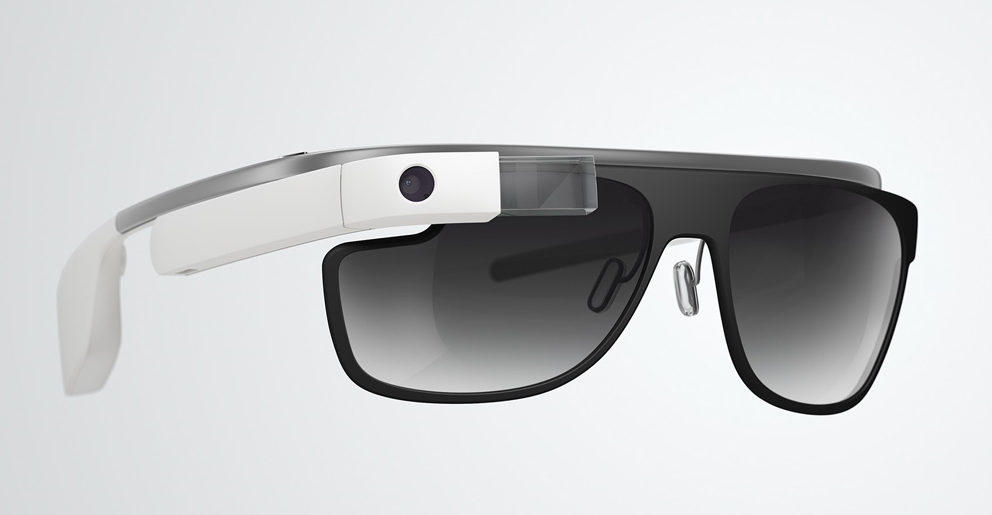 The two sun-shades für “Google Glass”, adding to the model “Explorer”: “Classic” and... 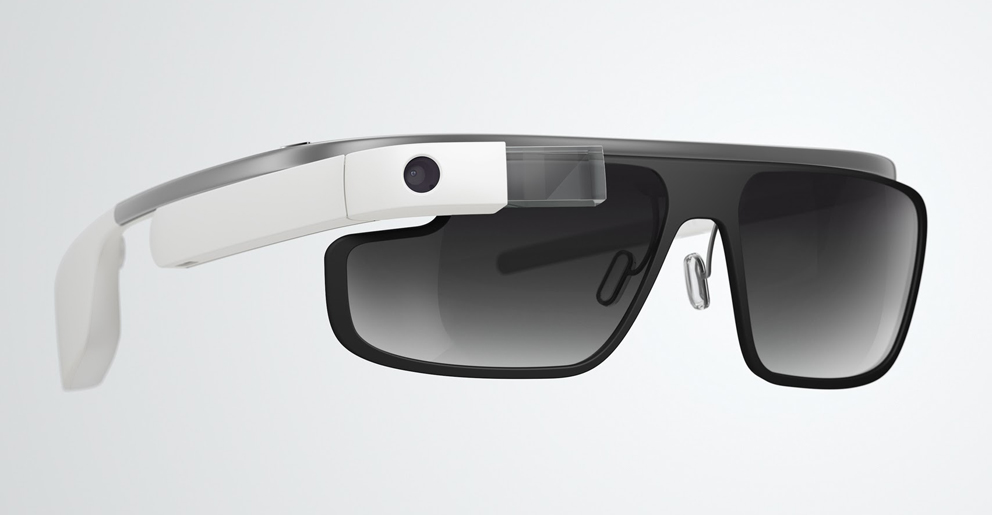 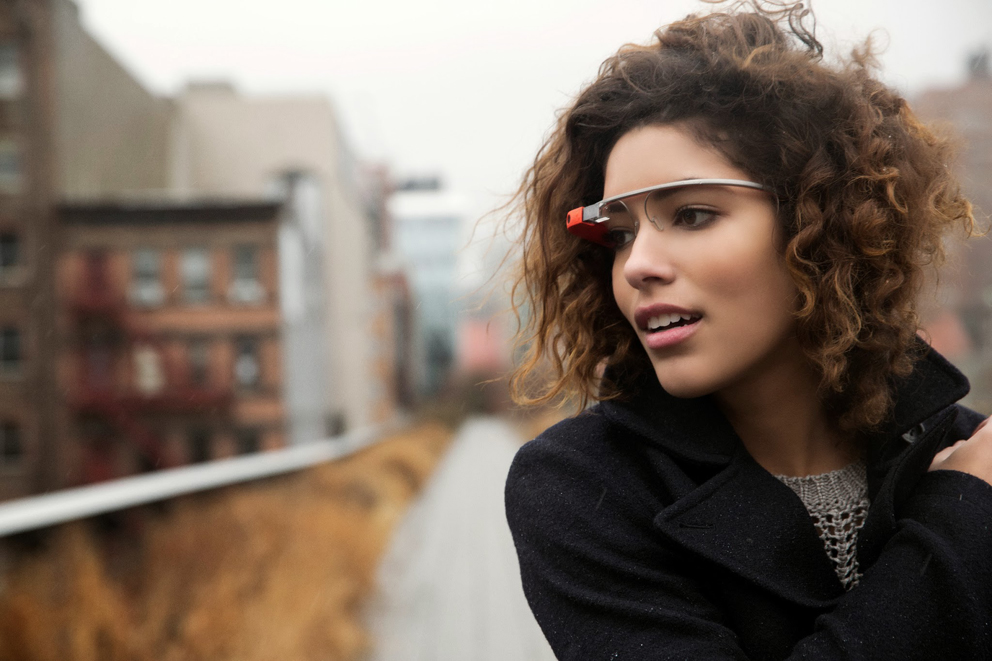 The original: Launching ”Google Glass” at 28th of June, Google released first of all the model “Explorer“, which works without glasses.
Advertisement