top
Icy setting instead of earthquakes
by Sandra Hofmeister | Oct 28, 2011 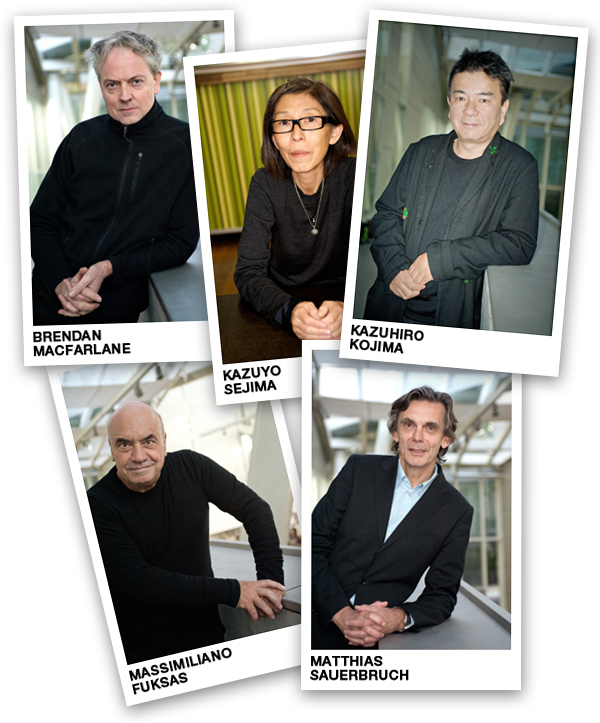 Seismographs are devices used to record and localize subterranean tremors. The graphs they create enable us to say something about the spread and strength of earthquakes. Transposed onto the world of building, the "seismographs of architecture" are no doubt the extraordinary buildings and people. The metaphor is intended to highlight that there are architects and buildings that discern the compelling problems of the day (be they social or ecological or relate to urban planning) at an early point and respond accordingly.

The architecture symposium in Munich on "Seismographs of Architecture", hosted by Peter Ebner of the 3M futureLAB at the University of California Los Angeles, set out to spark a debate on the future worlds in which we will live and work as well as the role of architecture in it. The organizers defined the role of the seismographs in advance, by inviting five renowned stars of the world of international architecture: Kazuyo Sejima of Sanaa presented a lecture in Munich, as did Matthias Sauerbruch of Sauerbruch Hutton, Brendan Macfarlane of Jakob + Macfarlane in Paris, Kazuhiro Kojima of Tokyo's CAt and Massimiliano Fuksas from Rome. The architects presented projects from their respective portfolios beneath the large glass canopy of the foyer of the Academy of Fine Arts. However, the organizers had overlooked to allocate time for the lecturers to discuss things either among themselves or with the audience. Instead of exploring the parameters for the future of architecture, discussing targets for town planning, or addressing the basic issues, the hours and hours of lectures simply added a flood of images of more or less current projects, some more convincing than others. There was no real common denominator to the residential and administrative buildings, museums and interiors the world over that were presented – in large part why they are seismographs was hard to see.

There were far too few seats and the icy cold in the draughty glass foyer, designed by Coop Himmelb(l)au and not suitable for such occasions, was hard to tough out even in a coat, and only the select few had eye contact with the lecturers, while the frozen majority of the guests had to rely on the screens. "I'm in a lecture," one listener rebuked his phone during the Sejima lecture. Somewhere a long since impatient child was complaining, and the queue in the cafeteria, the only place you could warm up now and again, meant you needed plenty of patience.

Later in the evening, the future of Munich was to be the topic of a panel discussion. Too late though for many of the members of the audience who had come to listen to the stars lecture. So what remains of the seismographs of architecture? Are there standards or fundamentals for buildings on which architects can agree for the future? Matthias Sauerbruch is convinced that sustainable building will lead to a unique aesthetic idiom. Which leads on to many other issues, but they will have to be debated in another time and place. 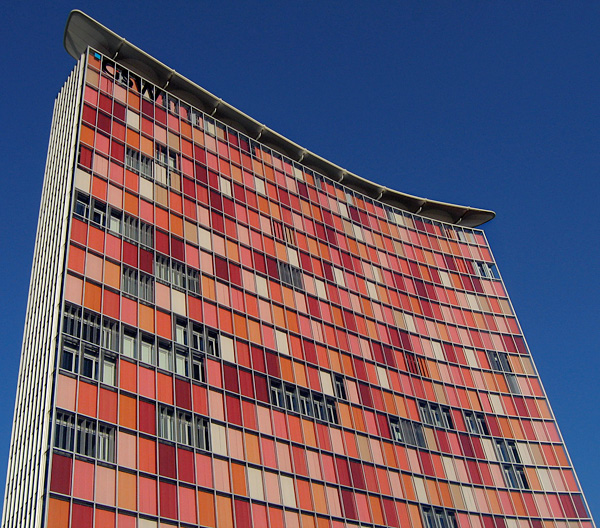 GSW Building in Berlin by Sauerbruch+Hutton, photo: Emanuele from Roma 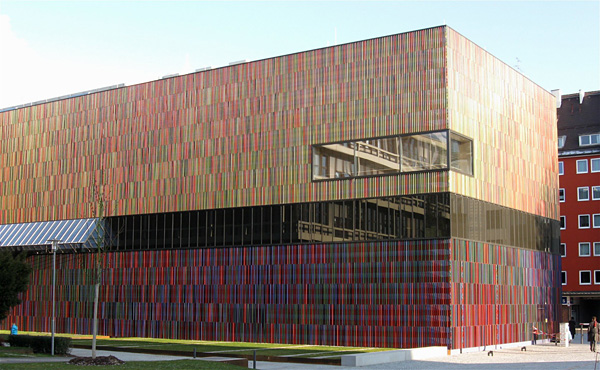 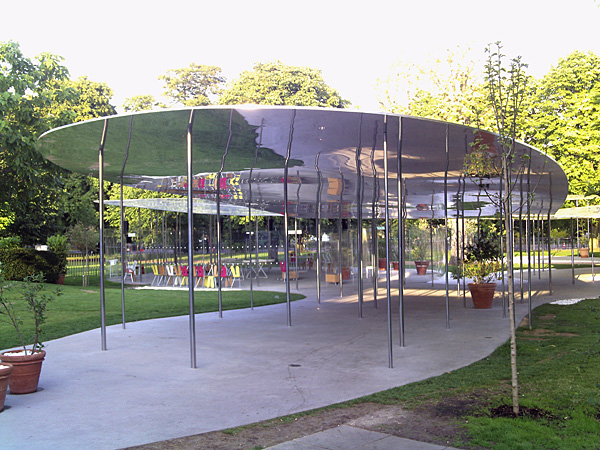 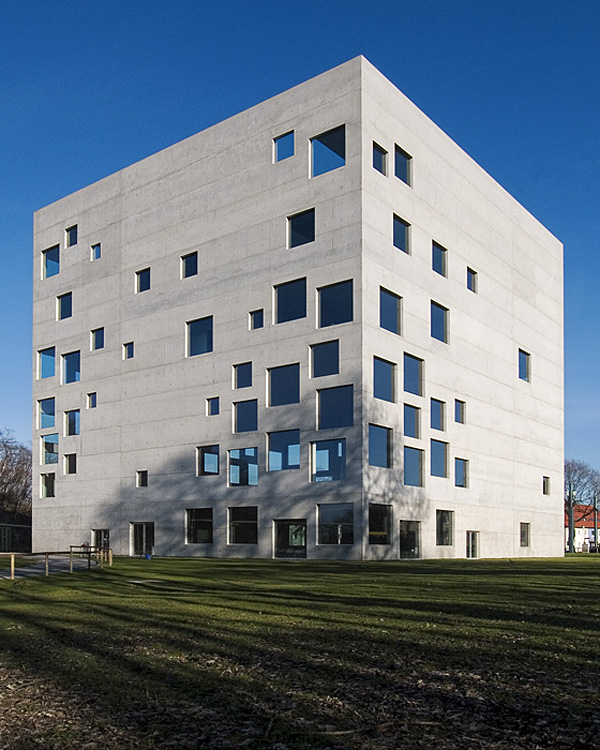 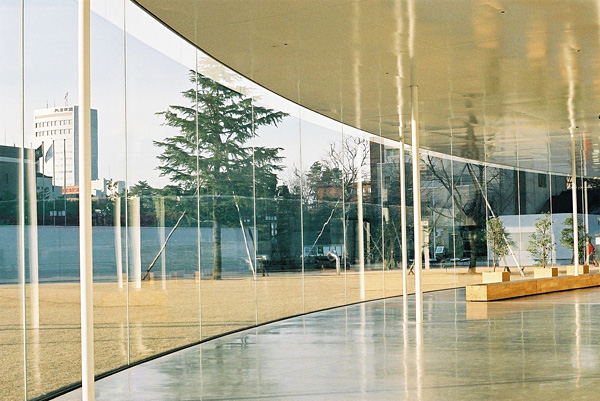 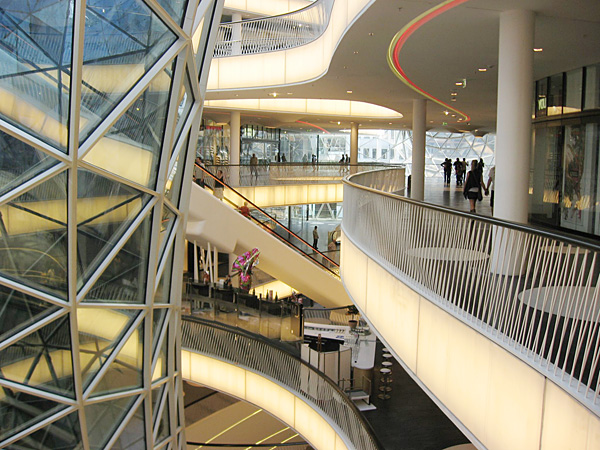 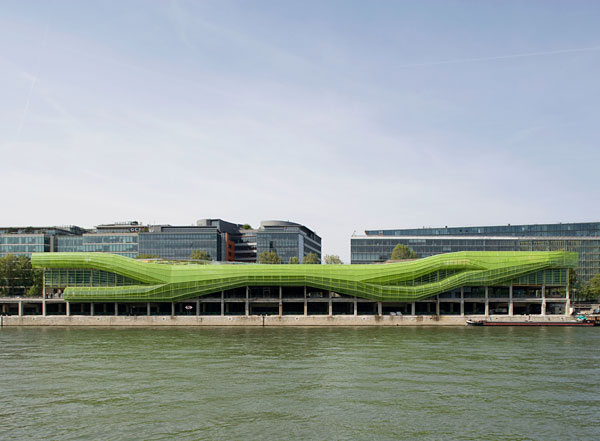 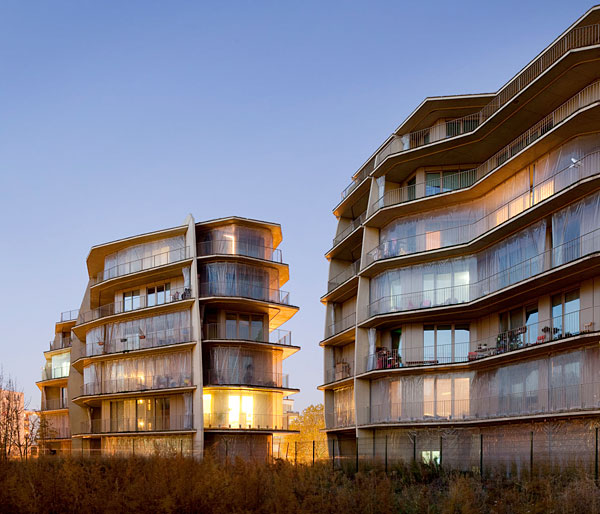