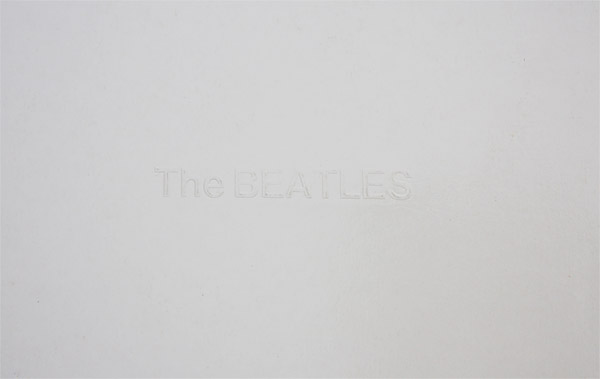 The white album by the beatles, cover design by Richard Hamilton all photos: Dimitrios Tsatsas, Stylepark

We have all seen it, The Beatles' "White Album" of 1968. The plain white cover was designed by British Pop Art artist Richard Hamilton - as a contrast to the extremely colorful and crowded cover of the preceding album "Sgt. Pepper's Lonely Hearts Club Band". The only features on the white square are the blind-embossed name of the band and a gray number (each copy was numbered). With his reduced design, which doesn't look at all like Pop Art, Hamilton lent the cover an element of surprise, indeed, of the revolutionary. Moreover, it is the only Beatles album cover not showing the band members. Hamilton also designed the accompanying poster, with photographs of the band on the front and the song lyrics on the reverse. Parts of the graphic concept were lost with the first CD edition; the text "The Beatles" was printed in gray and the number removed.

Franziska von Bethmann: How did you get to know Paul McCartney and The Beatles?

Richard Hamilton: My dealer, Robert Fraser, was friendly with members of the most fashionable Pop groups and they often came to opening parties at his gallery.

Did you want to design the cover for this album or did they ask you to do it?

Richard Hamilton: Paul McCartney rang me to ask if I would like to design the new Beatles album cover. Fraser had recommended Peter Blake to do the cover for "Sgt. Pepper's Lonely Hearts Club Band", and it was Robert who suggested that Paul should call me.

On the plain white background of the original LP cover all there is to see is the blind-embossed name of the band and a small gray number in the lower corner. What was your inspiration for these ideas?

Richard Hamilton: Peter Blake's album sleeve was crowded with people and very colorful. I thought it would be appropriate to present an album that was just white. Paul was doubtful about it being completely empty so I suggested that it would be fun to number each copy so that it would have the appearance of being a limited edition. I asked how many copies the band expected to sell, and they said about eight million. I made a quick calculation that we would need seven digits.

What does "white" mean to you?

Richard Hamilton: In my opinion, anything and everything should be white unless there is a reason for it having another color - meaning white underwear, towels, and the paper on which books and catalogues are printed. Personally, I have no especially strong connection with the color white. The virtue of white is that it is not a choice; it is the absence of color that we desire. The poster insert was, on the other hand, a complex work and Paul spent several hours each day in my studio providing information about the photographs while I worked on the graphics.

What do you think of the cover design today, more than 40 years later?

Richard Hamilton: The White Album was a success and it now has a place in history. I like it, but there is one thing that I dislike. The words "The Beatles" were not supposed to appear on the cover and I did not see what had been done until after the album was on the shelves. Perhaps I just didn't see the blind-embossed words at first, which were probably added under pressure by my friend Gordon House, who was responsible for the typesetting of the song lyrics on the back of the poster. I still believe that it is a regrettable touch of vandalism, like graffiti.

The white album by the beatles, cover design by Richard Hamilton all photos: Dimitrios Tsatsas, Stylepark 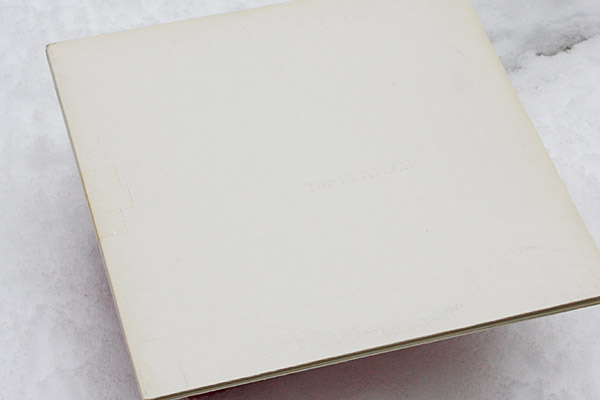 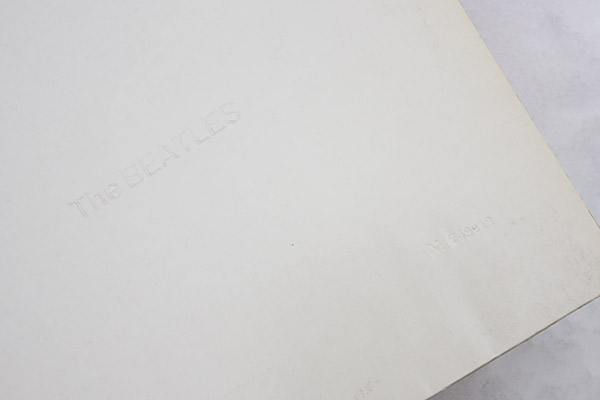 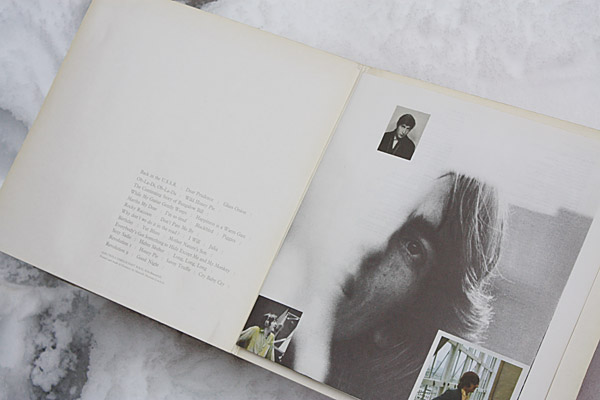 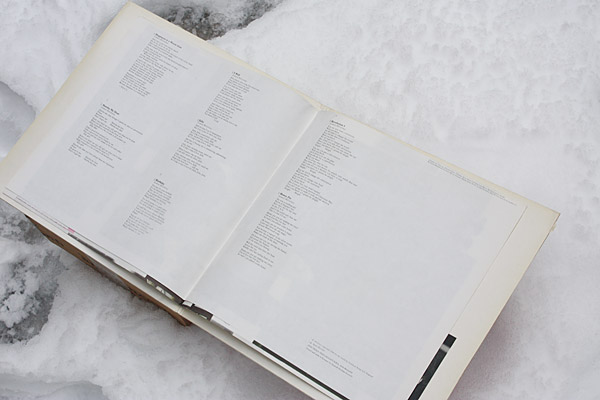 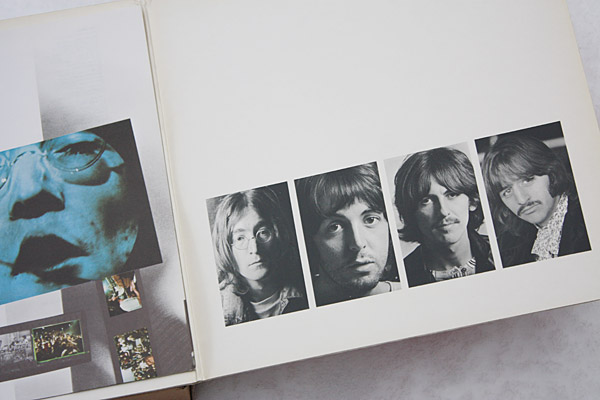 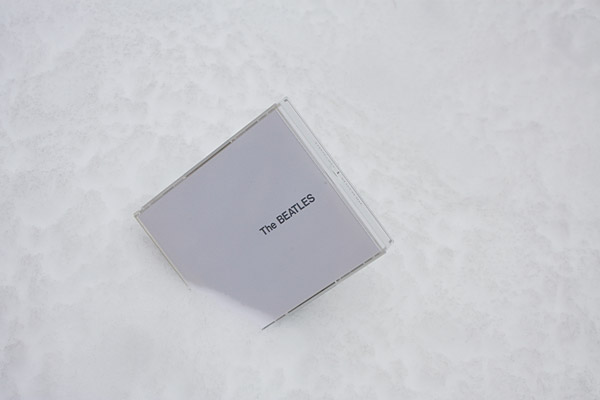