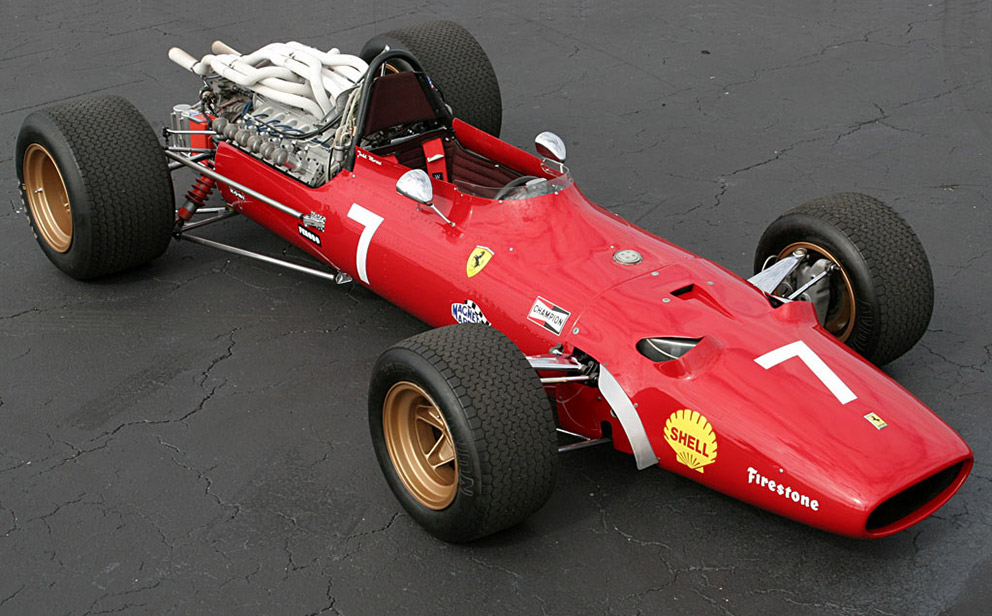 The last ever cigar-shaped Ferrari Formula 1 car that proudly eschews all aerodynamic frills and knick-knacks: the Ferrari "312". Photo © Ferrari

Sporting a 1.5-liter V12 engine, the 125 S is the first “genuine” Ferrari which was launched in 1947. At the time, the Northern Italian auto manufacturer mostly rolled out racing cars for competitions such as the “Mille Miglia”. Consequently, in early 1947 the company, still in its infancy, also launched the 125 C (the “C” stands for “competizione”, or “competition” in English). These 125 models featured a V12 engine designed by the Alfa Romeo engineer, Gioacchino Colombo, which officially boasted horsepower of between 72 and 118 depending on the version. The design featured a 60 degree angle between the banks, an overhead camshaft for each cylinder bank and single ignition. However, Ferrari also sold cars to ordinary clients as, ultimately, making money was the essential thing, so the 125 S was followed, a year after, by the first Grand Touring car, the 166 Inter with a bigger, more powerful version of the Colombo V12.

Another impressive example is how a 3-liter V12 delivering 300 hp and featuring six Weber dual carburetors fills the engine compartment of the legendary 250 GTO, built in small quantities in the early 1960s. To this day it is deemed one of the most elegant models ever dreamed up in Maranello. And, if you allow me to indulge personal preferences here, one of the most gorgeous Ferrari V12 components has to be the 312 F1’s powertrain. Mind you, to say that only the engine was gorgeous would be an understatement – indeed, the last ever cigar-shaped Ferrari Formula 1 car, the 312 with its slender, elongated body typically personifies the era of the classical single-seater that proudly eschews all aerodynamic frills and knick-knacks. And contemplating the snakelike tangle of exhaust pipes that rises up above the engine and rear section, you might be forgiven thinking Laokoon himself was behind the wheel: It may send some people into raptures. Not to forget the beautiful sound that makes many a motorsport enthusiast’s heart beat even faster.

Between 1966, the year Grand Prix racing rules were changed, and 1980, all Ferrari racing cars with 3-liter 12-cylinder engines went by the proud moniker of Ferrari 312. In 1970, the angle of the cylinder on the V12 was expanded from 60 to 180 degrees to achieve a lower center of gravity. This version was tagged with a “B”, even though it did not feature a boxer engine proper. In 1971 the 312 B was developed into the 312 B2. Scuderia Ferrari fielded this model for the Grand Prix championships between 1971 and 1973, with works drivers Jacky Ickx, Clay Ragazzoni, Mario Andretti and Arturo Merzario behind the wheel. The racer, which debuted at the Monaco Grand Prix, had smoother outlines than its predecessor, push-rod rear suspension and the 12-cylinder now packed a 470hp punch.

Since then Ferrari has developed and built countless 12-cylinder engines, many of which feature the typical “testa rossa”, which means “red head” and alludes to fact that the valve covers on the 12-cylinder engine were painted red. That said, black is an equally attractive choice for this, the ultimate “bella macchina”.

Macchina per il caffè: At the beginning of the 20th century the Futurists exalted it to the rank of a deity: la macchina. Numero 01 our series on "bella macchina" is "La Cornuta" by Giò Ponti.
(20 June 2015) 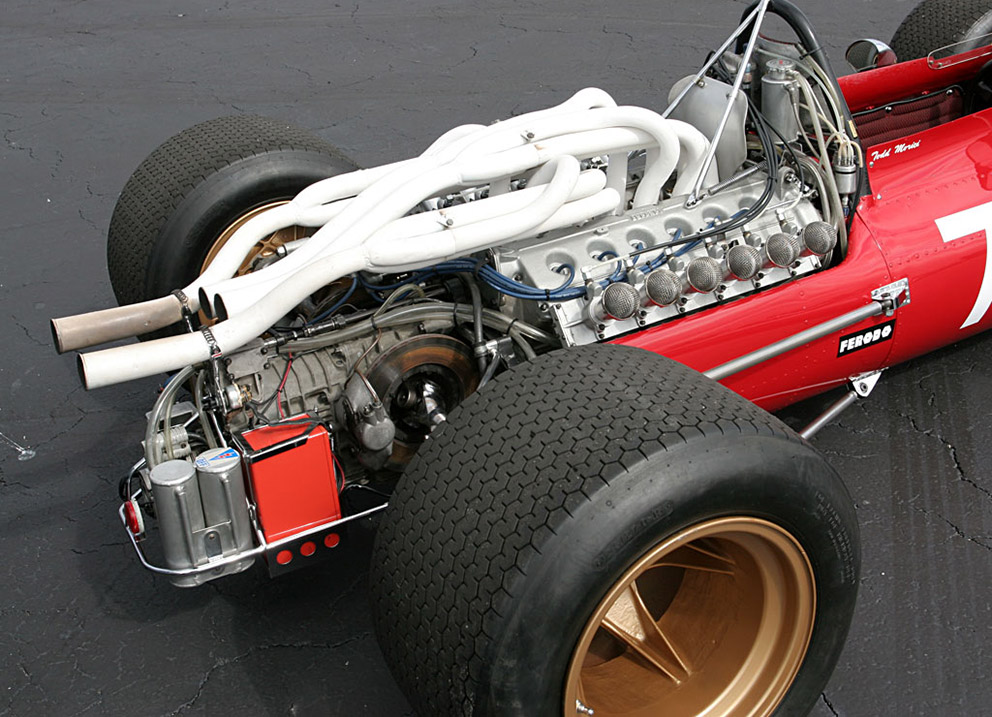 Thinking Laokoon himself was behind the wheel: the snakelike tangle of exhaust pipes that rises up above the engine and rear section of the "312". Photo © Ferrari 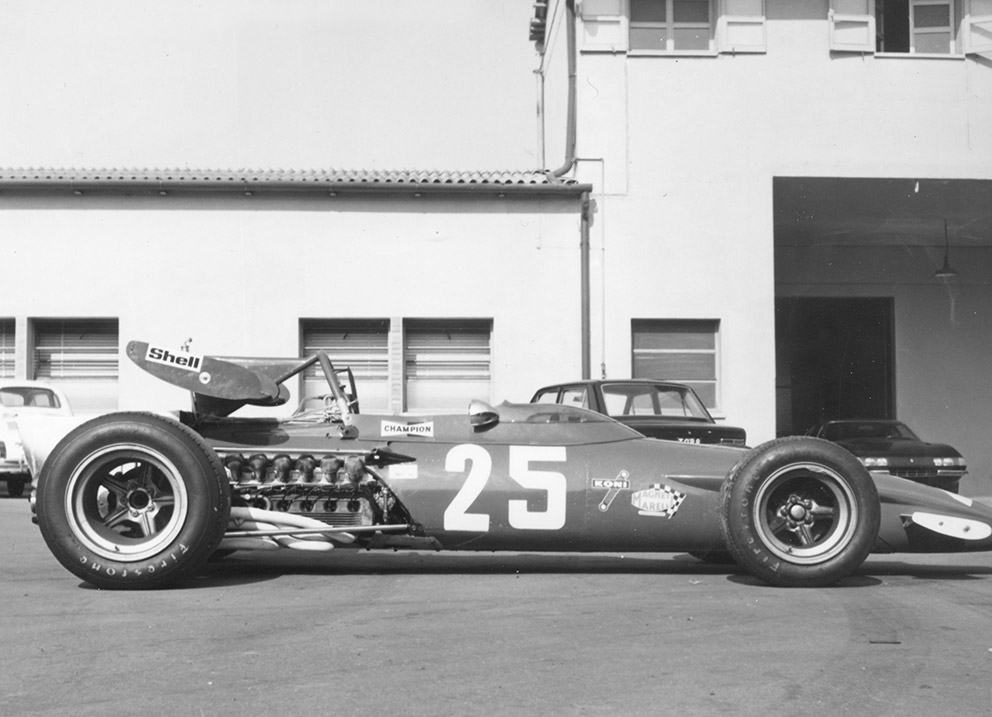 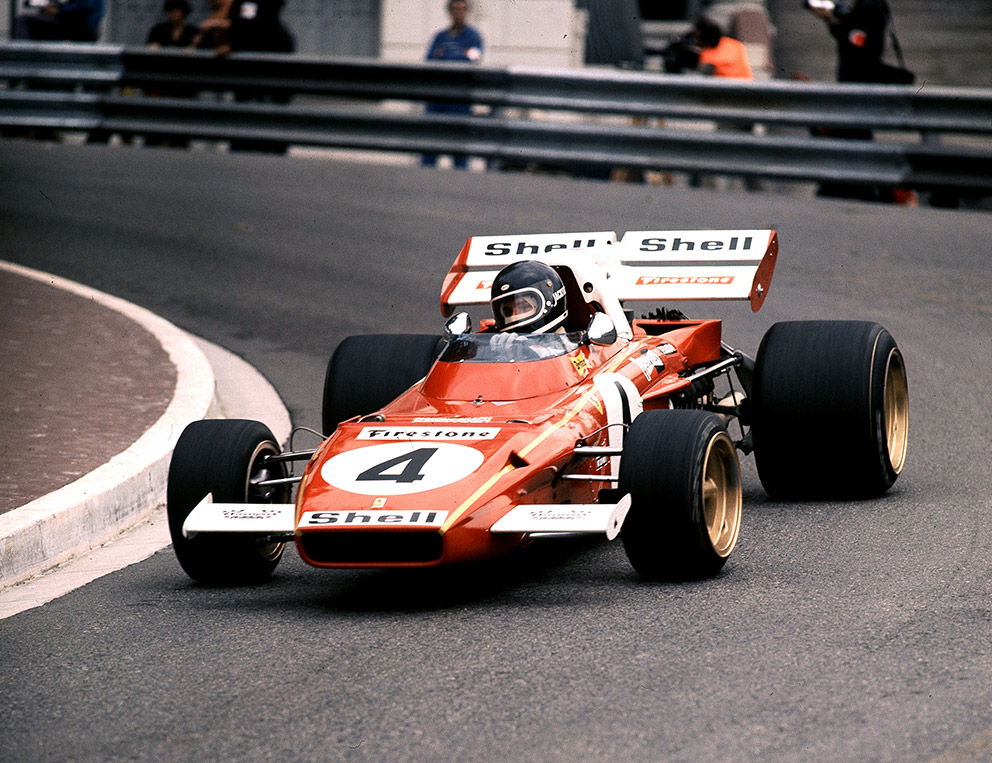 Ferrari fielded "Ferrari 312B2" between 1971 and 1973: it had smoother outlines and push-rod rear suspension. Photo © Ferrari
Video © Shell
Advertisement