Every year, when the Christmas turkey has been digested, New Year endured and maybe even a couple of days skiing successfully overcome, design aficionados, tired of all the exuberance of the festivities and about to enter a state of long-term lethargy, head to Cologne for the Furniture Fair and the Passagen program. There they start the design year surrounded by colleagues at cocktail receptions, presentations, arena tours and press conferences. They go to Pesch and to the Spichernhöfe, take a look at the trade fair in the Designhalle and at Talents, attend the lively parties of the interior design magazines, and along the way acquire the first dark rings around their eyes for the year. Afterwards, they all read in the newspapers that there was hardly anything new to be discovered, that once again, a few of the major manufacturers were absent, that Cologne is constantly losing importance compared to Milan, that everything was adorned with Swarowski crystals and the current 'in' color is white. And this year, it was no different.

What was new in 2008 was that the Cologne fair, which has had to fear for the event's relevance for some time now, aimed to counter this trend with new concepts and had Ben van Berkel design an "urban master plan" for Design Halle 11, which had been announced with great verve in the run-up to the event, kindling any manner of great expectations. The urban master plan consisted of a horrid, brightly patterned carpet on the walkways and stairs of the halls which here and there continued onto the walls. Its overly-vibrant pattern and bold colors ensured the artwork was at loggerheads with the design of every single exhibitor stand presumably in order to visualize the fact that urbanity cannot be planned. Rarely has there been such a consensus that concept was a complete and abject failure.

Yet the Passagen program, once the rebellious fringe event that competed with the trade fair and for years was one of the main reasons for going to Cologne, is also getting on a bit and offers only few surprises. Many manufacturers now only participate with their permanent exhibition spaces in the Passagen program. The presentation in the Design Post, for example, offered a good overview of the program of some of the most renowned producers in the design industry - which you could also get in the ambitious furniture store of every major German city. However, where the major manufacturers dominate the scene at a fringe event and the exhibits in a showroom are the same as before and after the trade fair, then it is sparkling wine and canapés that necessarily become the main attraction. Participants such as furniture chain Habitat did not even go to the trouble of pretending to make a special effort for the Passagen and limited their contribution to hanging the Passagen flag on the front of the shop. Thus the Passagen program could also use another counter-event to wake it up, where not the event's label but rather its content to only be foregrounded again, with strict selection criteria to ensure high quality.

Naturally, there was a gem or two to be found at the fair and the Passagen. For example, the German Design Council's successful presentation of German design in huge Werkbund boxes, sorted according to associated aspects as is typically German and yet an impressive mixture of what contemporary German design means today, compiled with a due knowledge of the articles involved. And switch manufacturer Merten's exhibition in the Spichernhöfe, where the company reverted back to the theme of electricity and switches completely for the benefit of students' works from the Karlsruhe Academy of Design and thus demonstrated its exploration of the theme. The small but superlative stool exhibition at Markanto is also worth mentioning here and of course one or two successful novelties at the fair. There, it was above all the Talents show with students' work which offered a refreshing contrast to all the familiar things from most manufacturers. Nonetheless, for an event which still sees its most important driving forces in trend and innovation and regularly announces in the run up to the event the trailblazing, new and surprising things to be seen, in all Cologne was disappointing.

Perhaps people in Cologne should accept that the city has long since lost the status of the place where Milan gets shown what real innovations are. Yet precisely in the furniture design industry, with its longer cycles (compared to the fashion industry, for example) the usual media focus on innovation is an unnecessary restriction and a shortcoming which is presented to the press on a silver platter.

As the rediscovered furniture classics of the 1960s and 1970s, the rediscovery of dark woods and the unspeakable retro-wave served to show, it is often just a case of different contexts, of the surprising orchestration of products and corporate cultures, of the communication of design history, stories and content, to rouse new interest. However, where people repeatedly desperately seek to latch on to the competing fair, make novelty the standard and uphold the image of a show of innovation, trends and superlative, it is no wonder that they are criticized by the manufacturers and design journalists.

No-one understood the actual meaning of Cologne this year as well and realized it as successfully as the creators of the "Magazin". The focal point of their party was a simple, tasty baked potato meal during which old and new acquaintances met and which, by the by, took place on a table and matching benches made by the company. Cologne has become an obligatory industry get-together, a lovingly won and habitual new year ritual, of which even lamenting the futile search for new ideas is a part. However, ideas which could have an inspiring and connecting effect on the industry play a somewhat subordinate role. The only thing the fair and Passagen still offer visitors from the design scene, to use the new-economy-steeped slogan of Belgian furniture maker Extremis, are the necessary "tools for togetherness".

Nonetheless, because the people of Cologne know how to party and because it is simply nice to meet colleagues at the beginning of the design year and make new contacts, we will naturally be there next January, hunting feverishly for fresh ideas at the fair and discoveries at the Passagen and lamenting cheerfully while drinking the local pale beer that we cannot find any this time either. Hopefully then there will still be enough furniture to put our beer glasses on. 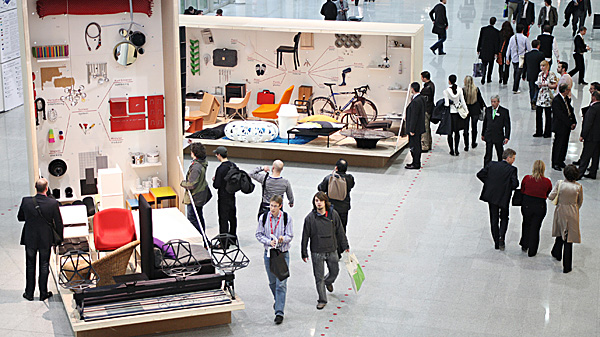 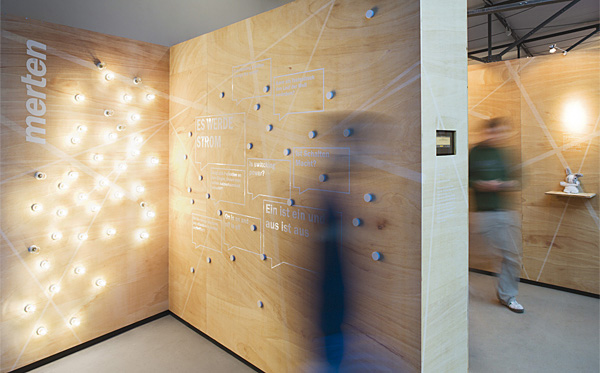 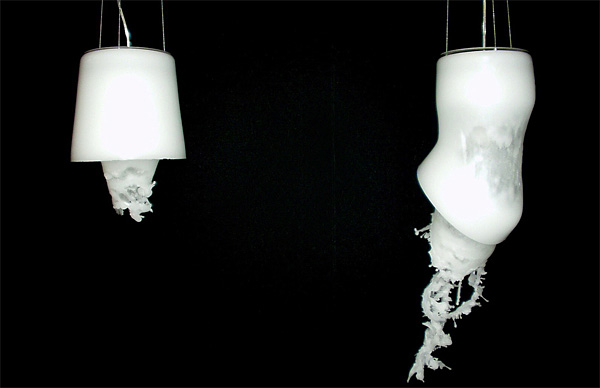 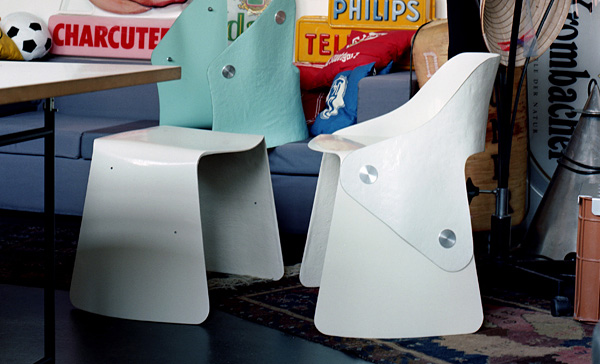 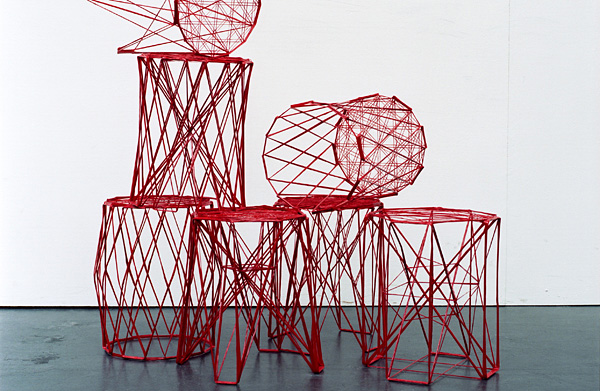